Over the previous 5 years, ‘Kawasaki Team Green’ (managed by Kawasaki Motors Japan – KMJ), participated in the Suzuka 8 Hour and achieved a 2nd place podium in both 2016 and 2017, followed by a 3rd place podium in 2018.

This year Kawasaki will challenge to win the race with its factory team (‘Kawasaki Racing Team’ – KRT). The team riders will be Jonathan Rea, Leon Haslam, and Toprak Razgatlioglu.

“I’m very excited to be returning to the Suzuka 8-Hour with Kawasaki. The race itself has a huge place in my heart. After last years’ experience, and being so competitive with Team Green, I am back for more. Last year we had some great speed but also made some mistakes. We will learn from those mistakes and be more prepared than ever. It’s one of the toughest, most exciting, races in the world. Racing in temperatures as hot as 36°C is a true test of man and machine. I love the challenge and can’t wait to spend time with all the Japanese fans.”

“The Suzuka 8-Hour is a fantastic event and this will be my fourth year now with Kawasaki. We have had some good races in the past, and a memorable one where I rode for five and a half hours out of the eight. Last year, with Jonathan, we were leading the race until we had a small problem. We have been on the podium every year and I feel that we have been making improvements with our package. Hopefully with some good testing under our belts we can make a strong challenge and finally get on that top step of the podium. It is good riding with Johnny as we have very similar set-up requests and we will have to see what the strategy is this year. I am really looking forward to it.”

“This is my dream team! I am ready, always, and we will see how it goes. I am a fan of the 8-Hour race but this will be my first time riding. I am so lucky to be in a team with Johnny and Leon; it feels incredible. I have ridden once before in the Japanese Superbike Championship, last year. The Japanese Kawasaki team told me that it was a similar bike to the 8-hour machine, and the main difference should be the endurance style fuel tank. The biggest difference from WorldSBK racing for me will be the Bridgestone tyres. It is like a dream to ride at Suzuka in the 8-Hour because it is an incredible track!”

Endurance Road Racing Motorcycle News - December 10, 2019
8 Hours of Sepang shapes up as a scorcher The maiden edition of the 8...
Load more 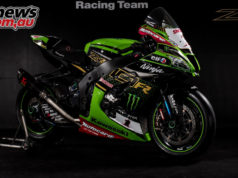 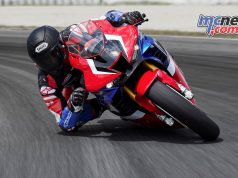 Leon Haslam alongside Bautista on new Fireblade in WSBK