The Penrite Australian Supercross Championship continued today with Round 4 of the series contested alongside Moto GP at the Tissot Australian Motorcycle Grand Prix.

Moss, who endured mechanical DNF’s in both of his earlier heat races, changed bikes ahead of the 20-lap SX1 final.

Moss was never headed on his way to his fourth consecutive SX1 round win ahead of Penrite Honda’s Jay Marmont and Gibbs.

“I was really happy with today,” Moss said. “It didn’t start off great, we either bent the swing arm or a bolt, and had problems with the chain in both heat races so we changed bikes ahead of the final.

“I had the last gate pick for the main but I got the holeshot and because I was out wide, I managed to avoid the first turn incident.

“Overall it was a great weekend and it was awesome to see such huge crowds turn out to watch the supercross,” he continued.

“I am looking forward to the final round in Brisbane, we are taking the series back indoors which is where I first started.

“The atmosphere will be fantastic and I really want that final round win to take a clean sweep of the series,” Moss added.

In securing his third consecutive SX2 round win, Faith has extended his championship lead to sit 18 points clear of fellow American Kyle Peters.

“It was a really good weekend,” Faith said. “I got out in second today and worked my way past Hayden (Mellross) then rode my own race from there.

“We head into  the final round of the series with a good pionts buffer but it is by no means a done deal.

“I am looking forward to racing in Brisbane it will be my first indoors race in Australia,” Faith continued.

Simpson finished the three, 7-lap races 2-3-1 to take the overall by just one point ahead of KTM Newcastle rider Dylan Willis and Penrite Honda’s Trent Wheatley.

The final round of the Penrite Australian Supercross Championship will be held at Brisbane Entertainment Centre on Saturday November 8. 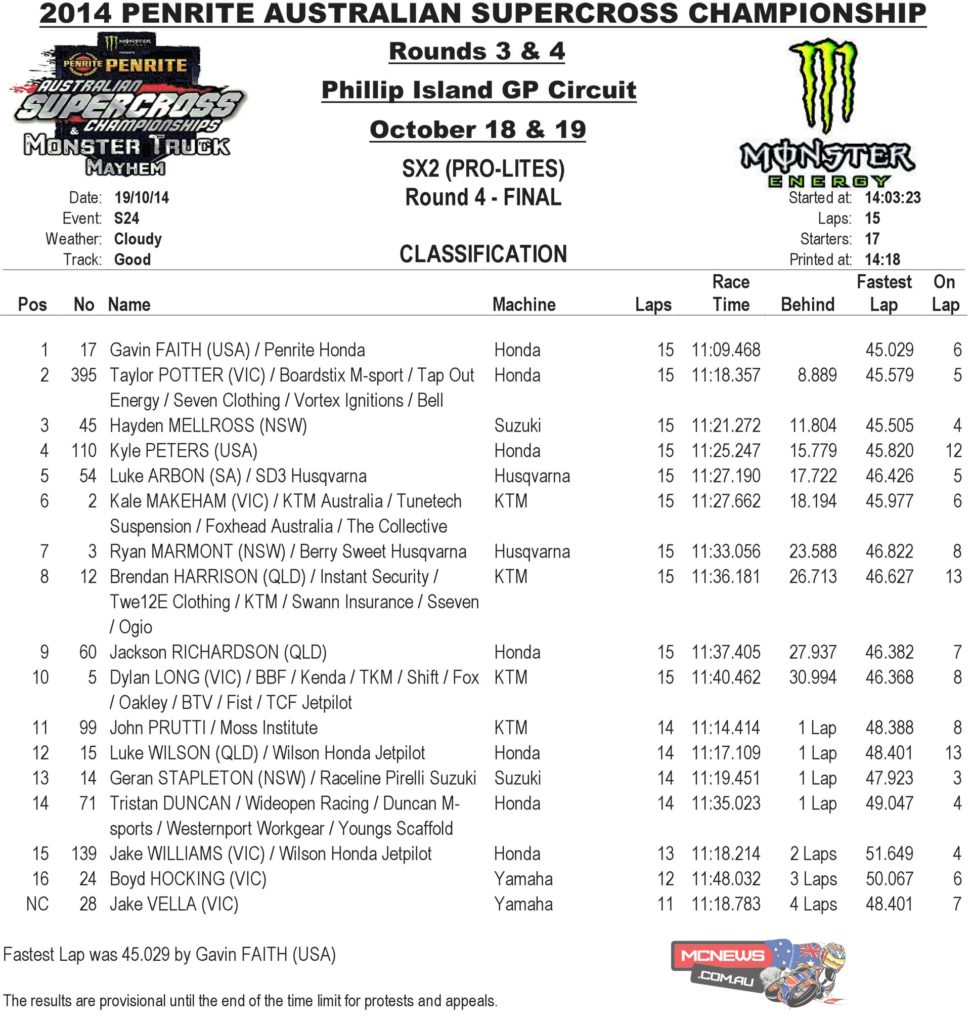