The 2015 season turned out to be a great one for Toni Bou, rider of the Repsol Honda Team: astride the Montesa Cota 4RT, the Spanish ace rode to victory in every competition he entered.

Toni Bou rewrites trial history yet again and adds to an already extraordinary honours list: this year sees the title tally increase to nine outdoor championships and nine indoor. The Repsol Honda Team rider rounds off the 2015 season with a third individual title – the Spanish Championship – as well as scoring an eleventh title with the Spanish national team at Trial des Nations.

Toni Bou began 2015 by clinching his ninth X-Trial championship in spite of a winning streak of 28 consecutive triumphs coming to an end. The championship was sealed with four wins out of the total of six events held.

Toni, as the year comes to an end, 2015 has been a very good all-round year for you, in which you’ve won everything possible.

Yes. It’s been a really good season. I’m very pleased and very thankful to Repsol Honda Team. We have managed to achieve all the titles in play this year, which has been difficult in a competition where the rivals have made thing very difficult. To win the Spanish Championship and the two World Championships has been fantastic and things couldn’t have been better. To be ahead for so many years has been far from easy, but there is always the motivation to win.

You started 2015 with another indoor title, the ninth, although the winning streak came to an end.

The X-Trial Championship was very complicated. The championship is very short and we couldn’t get as many victories as in previous years. It was a lot tighter, mainly because of the second place finish in Pau. But luckily, I had a great trial in Vienna and we gained the title before the final trial. That fact makes the other titles all the more worthwhile.

Likewise, that of the outdoor championship. An incredible year.

The final balance of the Outdoor World Championship is a very positive one; it was fantastic. I have won nine consecutive victories and a total of thirteen at the end of the season. I’ve never got that many before! And what is more important still is that I have always finished in first or second position, always in the running for the victory. It was a pity about the end of the season as I would have liked to finish with a win in Spain.

But you had already won the title before you got to the final GP. Is that domination?

That shows that things had been going really well. It has been a fantastic year and to win the title two trials before the end means a lot. We kept a very high level and I didn’t come down from the podium all season and that is fundamental. If you can’t win, then a second place finish is good if you are thinking about the overall championship.

In Portugal you showed more ambition than any other rider in some of the more decisive areas. Is that a question of attitude?

Yeah, you could call it that. I knew that section two would be very important as there were some riders who refused to enter and attack it. It was also decisive from the psychological standpoint, because to get through such a complicated section without picking up any points was really good for us and that put the pressure on the rest. It was those points in section two that gave me the victory.

You have shown your ability to make it through the most complicated and demanding trials, but also to succeed in the ones which were easier for your high level…

Yes, I’m very pleased with the performance. Over the last couple of years you will have seen that I find it harder to get into the easy trials, but I have worked very much on the ‘non-stop’ rules in Andorra and I have improved a lot in the easier races. From the point of view of moral, it has also been a very important win for me too.

This year you were on the newest evolution of the Montesa Cota 4RT. You seem to have taken to it well!

I would say that we have taken a great leap forward with the bike this year, working hard for the ‘non-stop’. They have done a great job both here and in Japan and we have been able to develop a great bike which has proven to be the best in the championship.

Even if your rivals made it difficult for you.

Yes, they really did. It was tough, mainly because Adam Raga put the pressure on all year. He made sure that I didn’t go to sleep and I had to improve to be able to win.

You excelled in the United States. Was it a decisive trial for the championship?

Yes. It was the most important one even though I had won the first four events, or put another way, I had already won nine consecutive wins which had put us on the right path for a championship win; something serious would have had to happen to lose it. From then on it wasn’t necessary to win so much, but rather keep control of the advantage that I had.

The United States GP was the one that I liked the most this season because it was a very particular one. People were really into it and there was a great trial atmosphere. I felt very comfortable and I took two wins that gave me a large point advantage over the second place rival which I liked very much.

A title for your team and for Montesa too.

I’m very happy with the team, really. I’m convinced that without them, I would never have been able to get what I have achieved. I have to thank them for the enormous effort they make. They have always been there for me. That makes us all really happy, most of all, me. 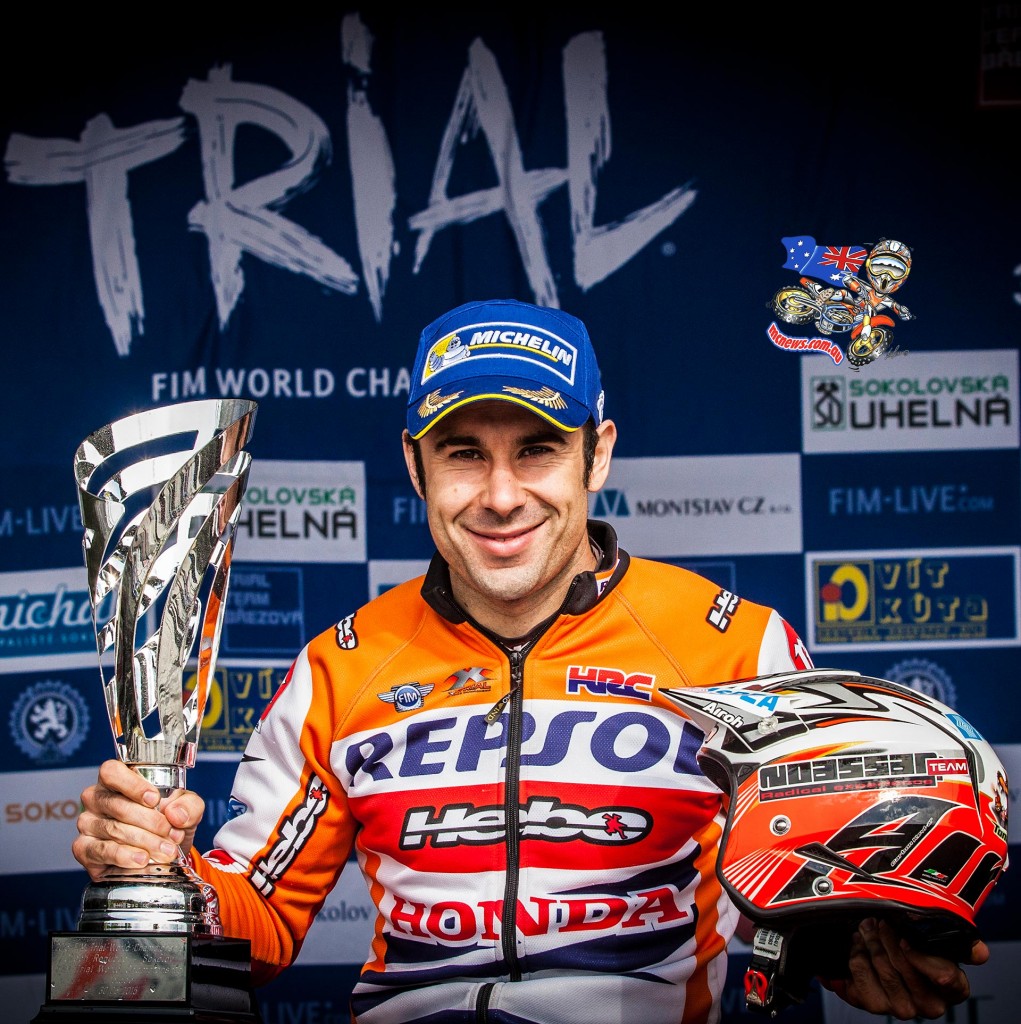 And to close the 2015 season, a seventh Spanish Championship title winning three races.

It was a very complicated year. We suffered a lot in this competition, because of the rules and because of the rivals too, who always made it difficult for us; but in the end we came through victorious. The team worked very hard and that is why I wish to thank Repsol Honda Team so much. To have to keep ahead in the races is a considerable handicap, but we have fought hard to counteract it.

Was your team-mate Jaime Busto’s win in the final race of the Spanish Championship a surprise?

No. Not at all. Jaime is riding really well and this year, in his first world championship, he has come very close to the podium in several races. It is very positive, not only for the team, but also for the sport.

Who have been the people who have helped you to win the ninth championship title?

Well, I always have to thank my family, my girlfriend and the whole of Repsol Honda Team for the effort, the trust and the support that they have given me. They have been fantastic and they have helped me so much. Plus the team sponsors and all the fans who support us too.

Your next date in the diary is the start of the 2016 FIM X-Trial World Championship in Sheffield, UK. It will be a battle for the tenth title!

After a few days holiday we have started work for next season which begins with the Indoor, which is likely to be similar to last year: very close. Like the Outdoor, the X-Trial 2016 will be very difficult because with such a short calendar of only four dates, anything could happen to complicate matters. But we will be fighting as hard as ever and we will be going for victory number ten, which we are really looking forward to achieving. It will be a great challenge and we will give it 100%.