32 was also the number Troy ran on the GSE Ducati 996RS he piloted to British Superbike Championship victory in 1999.

Troy then went on to an incredible career on the world stage using the now iconic 21, Troy now finds himself unable to use it in the 2019 ASBK season as Josh Waters has the right to use the number. The three-time World Champion will instead return to the race number that launched his international racing career, 32.

While 21 will remain synonymous with the name Troy Bayliss, with merchandise, branding and the famous TB21 signature, it’s not the first time Bayliss has ridden with a number other than 21. Taking the number 32 from racing in Australia to the British Superbike Championship (BSB), before switching to 21 with the support of Davide Tardozzi when he arrived in the WSBK paddock, Bayliss also went on to use the number 12 through his days in MotoGP and of course the number 1 plate as the World Champion.

“32 is the number I started racing with and it feels fitting to go back to it while I’m back in the Australian championship. I’ve had a lot of success as 21, and it’s a shame I won’t be running it in 2019, but it was with 32 on my bikes in Australia that I was originally noticed on the world stage, so I’m pretty excited to see it on the front of the DesmoSport Ducati in 2019. I feel like I’m going full circle a bit.”

DesmoSport Ducati know they have race winning speed with the Ducati Panigale 1299R Final Edition. It is yet to be seen if the new V4R will be as immediately competitive as the big twin. Limited parts and bodywork availability for the new bike are also a factor, Troy will ride the V4R this season, and that might be at the opening round, but will not be confirmed until the team have spent more time on the bike ahead of the World Superbike weekend late in February.

With the first round of the 2019 championship now only weeks away, the entire DesmoSport Ducati team is working hard to hit the ground running after a strong finish to the 2018 season, taking race wins and third overall in the Championship. 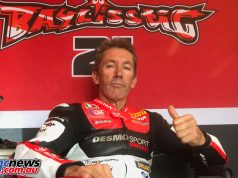 Do the Australian MotoGP with Troy Bayliss! 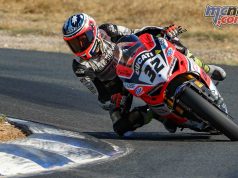 Mike Jones to sub for Bayliss at Wakefield Park ASBK 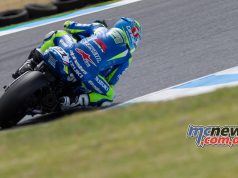