Oli, you’re only 16, but this weekend you made your debut on the V4R superbike at the Pirelli Southern Downs series. How did the weekend go?

Oli Bayliss: “It was a really good weekend. We started off doing OK times and progressing every session. In the last race of the day we got the bike sorted. I had the best feeling on the bike over the weekend and everything turned out good.” 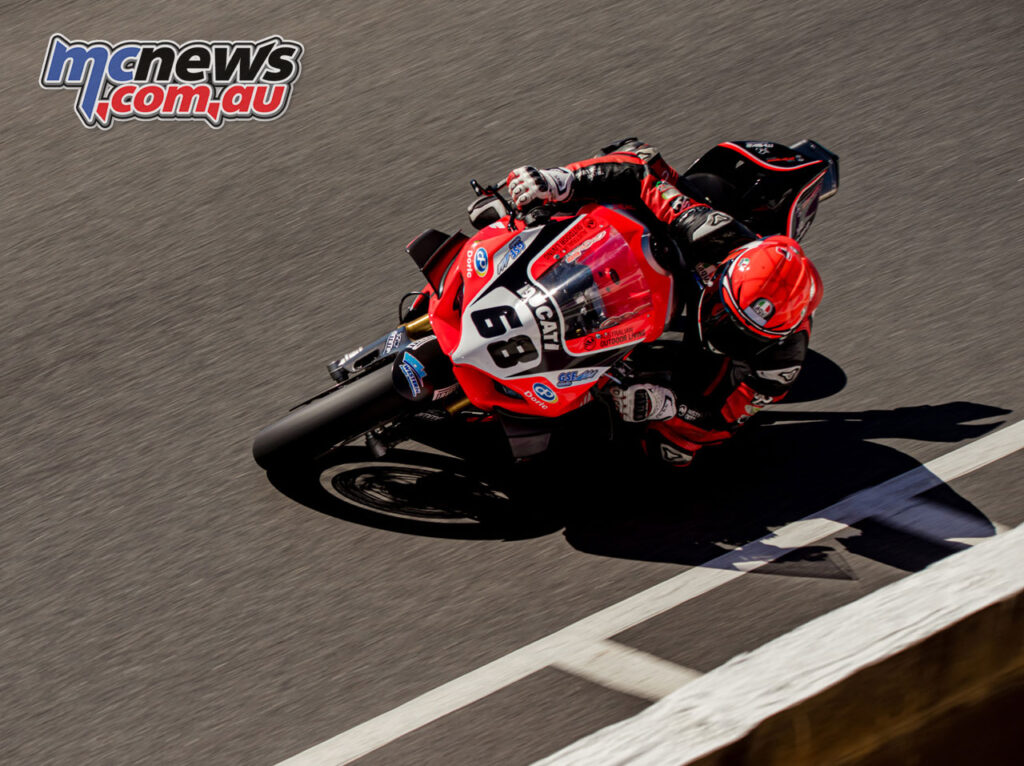 What was it like getting on a superbike for the first time? You’ve spent almost two years on the 600. Did it take a long time to get used to the power? And how did you feel afterwards?

Oli: “Coming from the 600, the V4 is a similar aspect. You come out of the corners and, off the bottom, it doesn’t have that much power, compared to what I’ve heard from the V2. But once it gets high up in the rev range it’s so fast. So fast.”

Troy, how did you feel seeing Oli riding the superbike? What advice did you give him?

Troy Bayliss: “It was a strange one. The plan was not to have Oli on a superbike this year. But Oli’s been giving Ben Henry (DesmoSport co-founder) a hard time because he said: ‘remember you said when I win a race on the 600 I could have a ride on the bigger bike?’ But the way it’s worked out this year, with the ASBK on hold, we’re stuck in Queensland. The Pirelli Southern Downs series, which was at Morgan Park, had a round at the weekend and we thought, with the way the world is at the moment, it’s a good opportunity to let Oli have a ride on the bike. Being parents, it’s difficult to watch. I’m so comfortable with him on the 600, and he seems so in control of it. So stepping up to a bigger bike is quite stressful. It was hard to watch for a while but seeing him progress over the weekend, he looked good on the bike. He knows Morgan Park very well. The only thing is, Morgan Park is probably the most difficult track to ride a Superbike on in Australia. It’s so physical. It was really good for Oli to ride alongside Mike Jones. Mike’s so smooth and fast and he’s great to have on our team.” 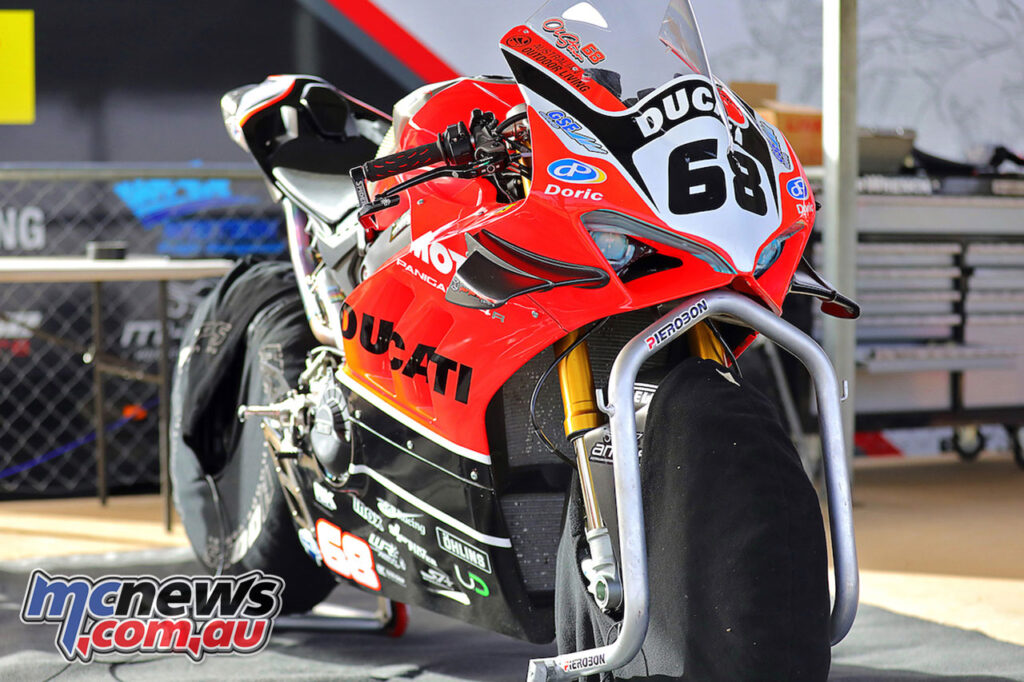 What advice did Mike give you through the weekend and during the day of testing prior to the weekend?

Oli: “Pretty much, we turned up on Thursday and everything was going well. Mike gave me a few laps and we both followed each other around for a bit. When it came to qualifying Mike told me to just be smooth and not to rush anything because we’ve got the whole weekend to be here. Once we started racing there were no nerves and no pressure. We just went out there to have a bit of fun. And the whole team really helped a lot.”

We know what Troy’s career and record has been like. But what are your plans for the future? And what’s the ultimate goal?

Oli: “Just to be one of the best in the world. We don’t really know what the next few years have to come, due to coronavirus. I’d like to be doing Australia Superbike or World Supersport. Or something along those lines. To keep progressing.” 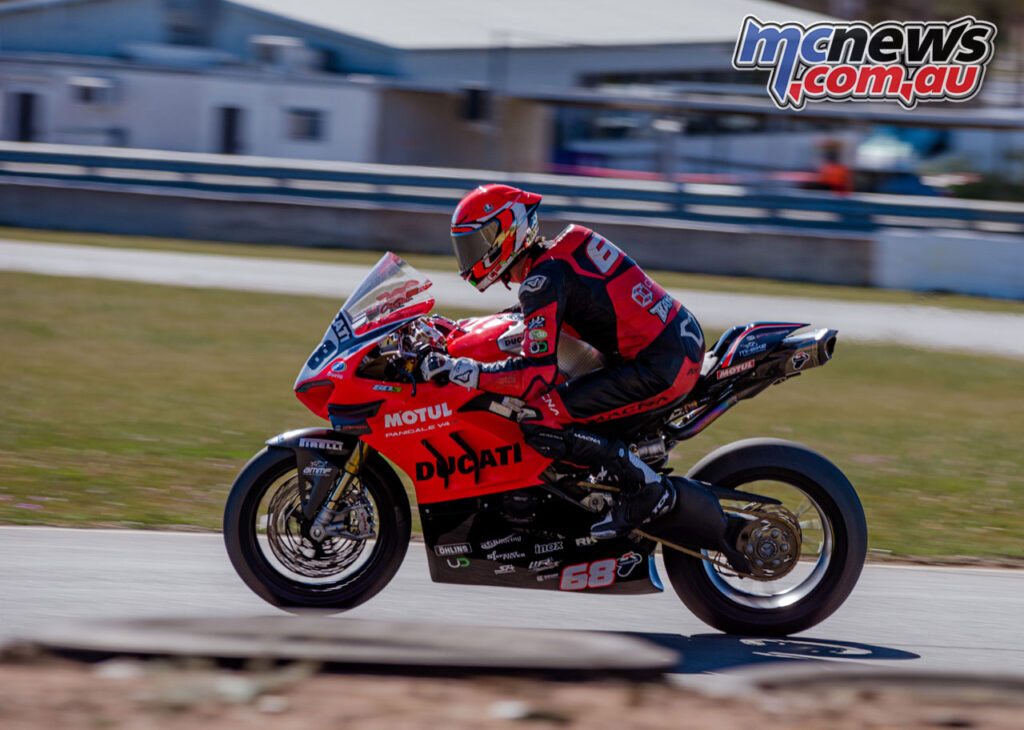 Troy, seeing Oli jump on a red bike again and the Superbike class in particular, does it bring it all back, and does it make you feel like throwing your leg over a bike again?

Troy: “Oh no, [Laughs] I’m so happy to be on the side lines. I really am. I’m actually in a really good head space. I’m fit and healthy. If I wanted to ride I could. One day I’ll have a ride with Oli and Mike to have a bit of fun. But it’s all about doing everything we can to make these guys as fast as they possibly can be. I love the team and working on the bikes and talking with the boys. It’s just a game. You go through the levels. And it’s trying to master the levels, that’s all it is.”

What’s it like having your dad as your coach?

Oli: “It’s really good. When I first started racing 300s, we used to ride around Morgan Park together. We did the same on the 600s for a bit. Once I got a bit faster than him [laughs], he stopped riding and I kept on improving. Definitely this year we’ll have another ride on the R6s together. He’s been dying for it. We’ll have a go and post the results.” 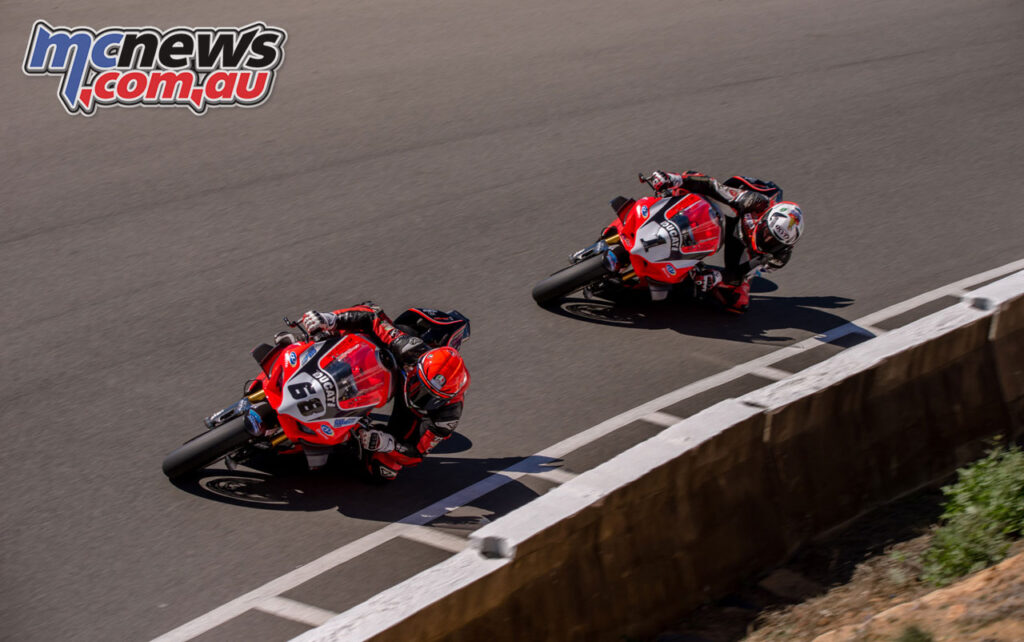 Troy: “I’m pretty keen to have a spin on the R6. But he’s definitely progressed a lot since the last time we rode together. At 16, he’s pretty young, but he’s nearly done the second year in the 600s and he’s really learned a lot. Especially in the last year. It was the perfect opportunity to put Oli on the bike. We have a great relationship with Ducati, and we love Motul. Motul’s been with us for a long time. It’s a great product and that’s all that goes in the bikes.”

Troy: “[Laughs] Oli, by 1.2 seconds. That was over a year ago. We’ve progressed a bit with the bike. We’ve got the bike working really well, so I’m sure I could go quite a bit quicker than the last time I was on it. I’m sure outright speed he’ll be faster than me. We’ll soon find out next time we go to Morgan Park. Watch this space.” 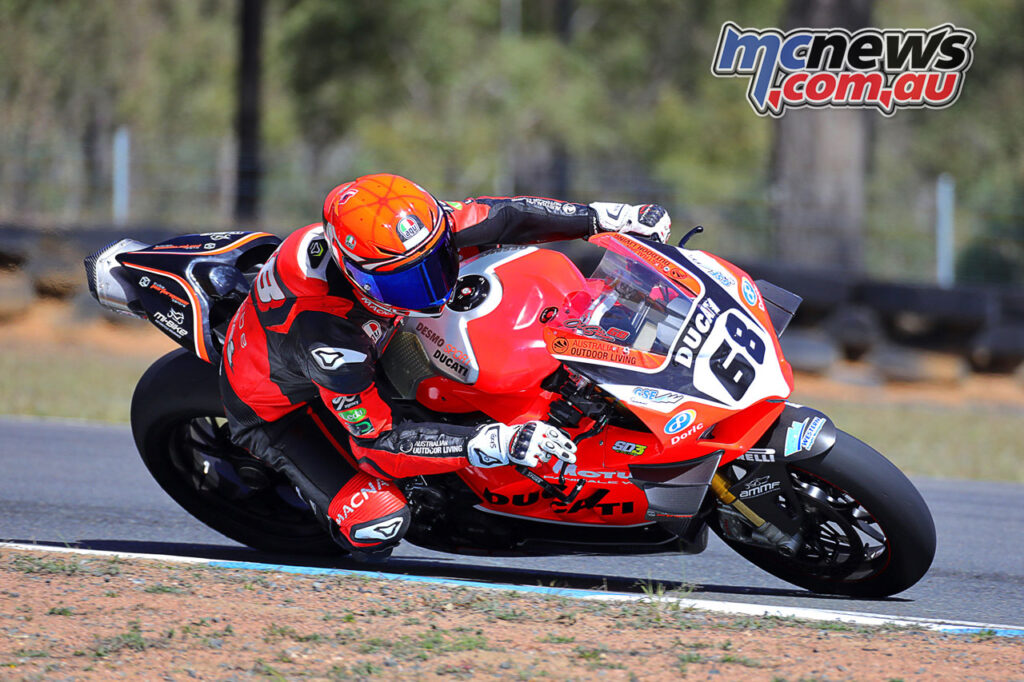 Troy: “I’ve got him covered there by nearly a second. Especially at Morgan Park, because it’s a track where you have to physically attack the place. It’s that rough and hard work. And I’ve been round there a lot of times on a superbike. But for his first weekend, to be going as fast as he’s going is pretty good.”

Who’s had the biggest influence on your racing career so far?

Oli: “Dad. Or mum. Every time we go to the track, Dad and I are always chatting about how I can go faster or smoother.”

Troy: “It’s not just me either but with Ben at the workshop down at Cube Performance Centre. The whole team, the same as every team, is all about having a good relationship and making the boys faster.” 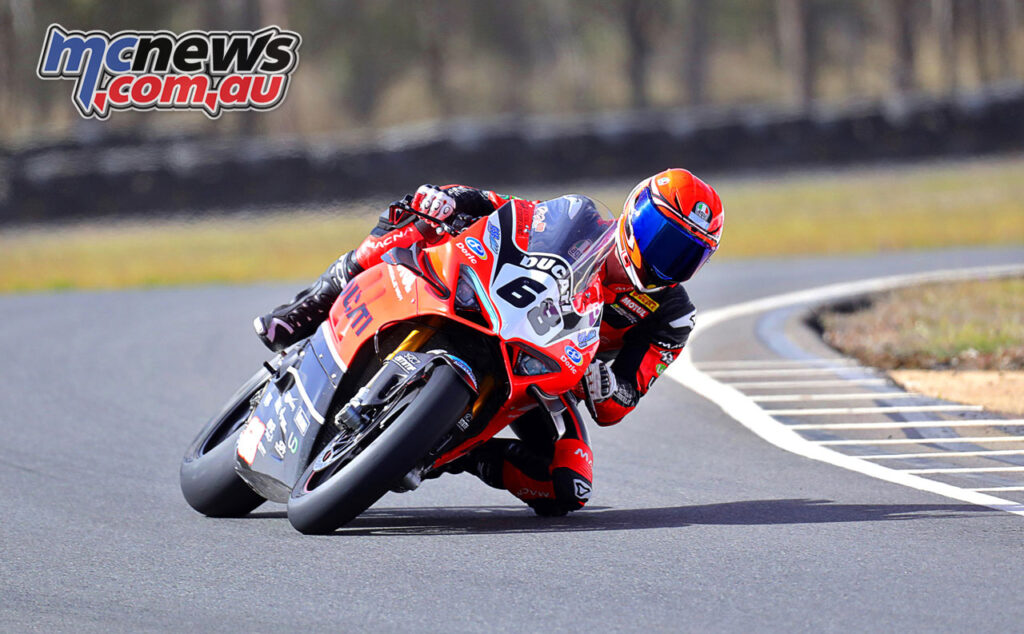 How do you like being a team owner with Ben compared to being a rider?

Troy: “Doing this in Australia is not too stressful. I wouldn’t want to be doing this worldwide. I have no interest in that at all. We’re having a great time here in the ASBK paddock. Ben and I get on well together. It’s been fun the last few years and we’re lucky to have Mike as the reigning champion. We hope to keep the winning ways going.”

How did you find the steps up between bikes?

Oli: “Going from the 300 to 600 was a bit of a change, but after a few days at Morgan Park I felt really at home on the bike, on the R6. Now coming from the R6 to the V4, it’s the same thing. After a few more days and races, I’ll really feel comfortable on that bike and push it to the extra step.”

Do the Australian MotoGP with Troy Bayliss!