After finishing eighth in last weekend’s Bulgarian World Motocross Grand Prix and moving up to seventh place in the World MXGP Standings, Red Bull IceOne Husqvarna Factory Racing rider Todd Waters was seriously injured during training this week in Holland and will be out of action for quite some time.

Todd suffered a broken left Tibia and Fibula – a clean fracture in the middle of both bones – plus a break to his right collarbone and a small fracture to his right hip. Todd underwent surgery last night at the Eindhoven University Hospital, which specialises in sports orthopaedics, where doctor successfully inserted a Tibial Nail into his left leg. Todd is expected to be released from hospital in the coming days.

Gaining essential sand practice in preparation for round six of the FIM Motocross World Championship at Valkenswaard, The Netherlands on May 4, Waters was involved in a freak accident. Cresting a blind jump, he was faced with a multi-rider pile up. Unable to take evasive action the young Australian landed on an already stricken bike, sustaining his injuries.

Waters – who currently sits seventh overall in the MXGP standings – is expected to be out of action for up to three months.

Husqvarna Motorcycles wishes Todd all the very best for a speedy recovery.

Antti Pyrhönen: “This has been a very unfortunate day. Todd basically had very bad luck. But this is the fact, and we have to accept it and focus on his recovery. Todd is a strong and positive person, I’m sure he will be back sooner than we expect. It’s a real shame – this was not his mistake. Todd was doing so well this season, improving all the time. Doctors have told him that it could be up to three months before he is back to full fitness. The team will be fully behind him during this challenging time.” 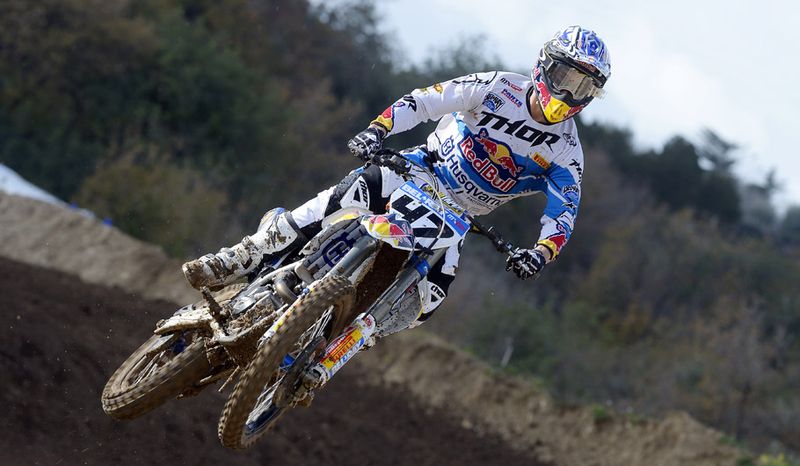