After completing lap one in seventh and nearly 5 seconds down on the leader, Laverty put his head down and carved his way through the pack with speed and precision, finally hitting the lead on lap 17 and going on to win by nearly three seconds. It was Suzuki’s first world superbike victory since 2010, and Laverty’s second at Phillip Island.

Factory Aprilia pairing Marco Melandri and long-time race leader Sylvain Guintoli – he held the station for the opening 16 laps — flashed across the finish line in second and third, while Ducati’s Davide Guigliano (Ducati) faded to finish fourth after spending the majority of the race in the top three.

Loris Baz (Kawasaki) finally got the better of a race-long scrap with Jonathan Rea (Honda), while world champion Tom Sykes (Kawasaki) started his campaign in seventh. Chaz Davies (Ducati) was a lonely eighth in the 22-lapper, and also set a new lap record of 1:30.949 on lap two, eclipsing Laverty’s 1:31.168 from 2013.

Australia’s Glenn Allerton (BMW) was superb, and was heavily involved in a ding-dong scrap for Evo class honours with David Salom (Kawasaki) and Niccolo Canepa (Ducati). The internationals eventually got the better of him, but the Australian still picked up world championship points after finishing 11th, and third overall in the EVO category.

Race two will be held at 2:40pm this afternoon. 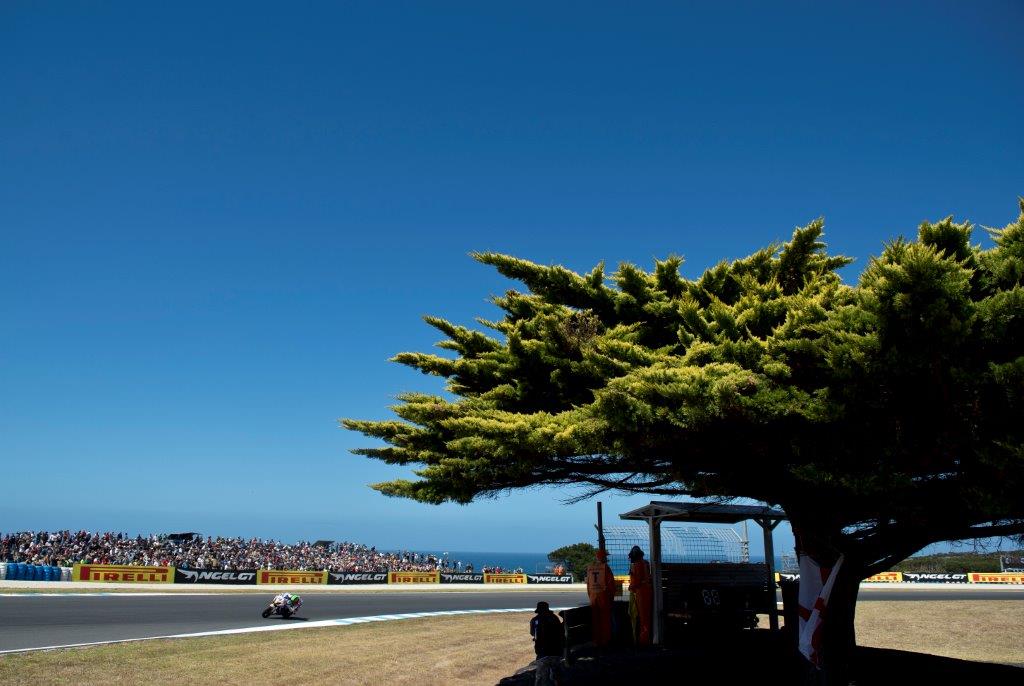 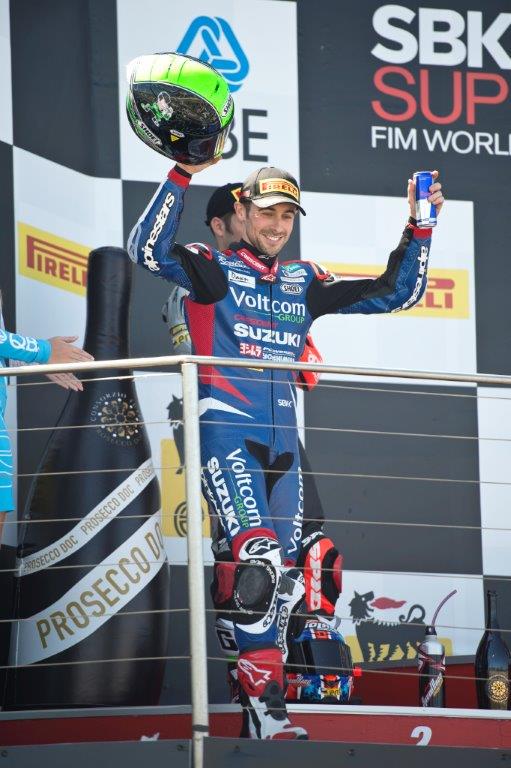 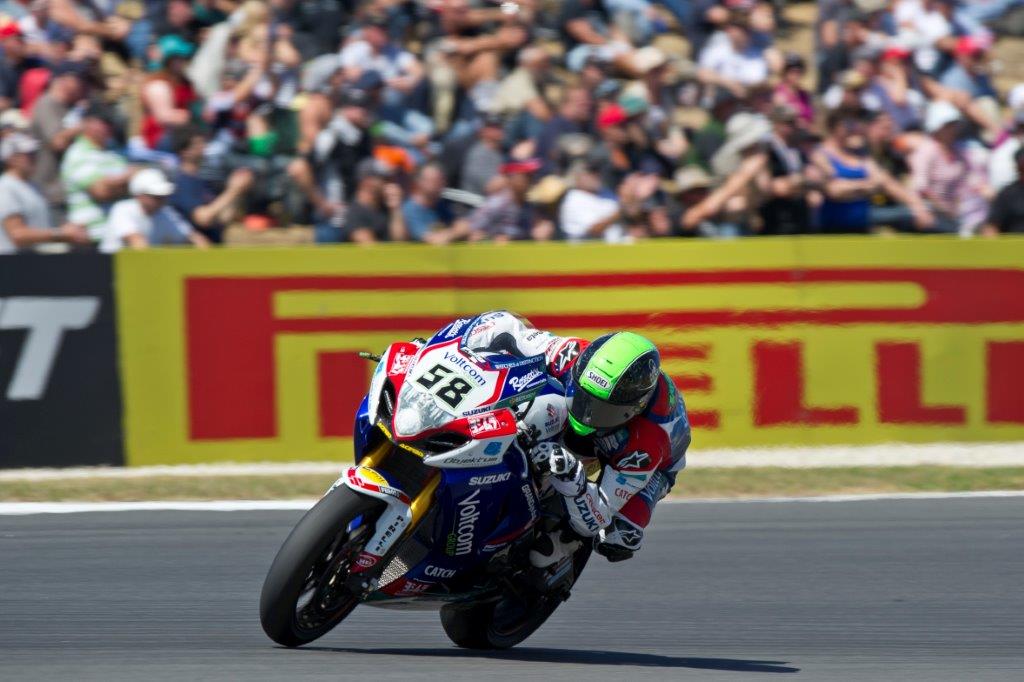 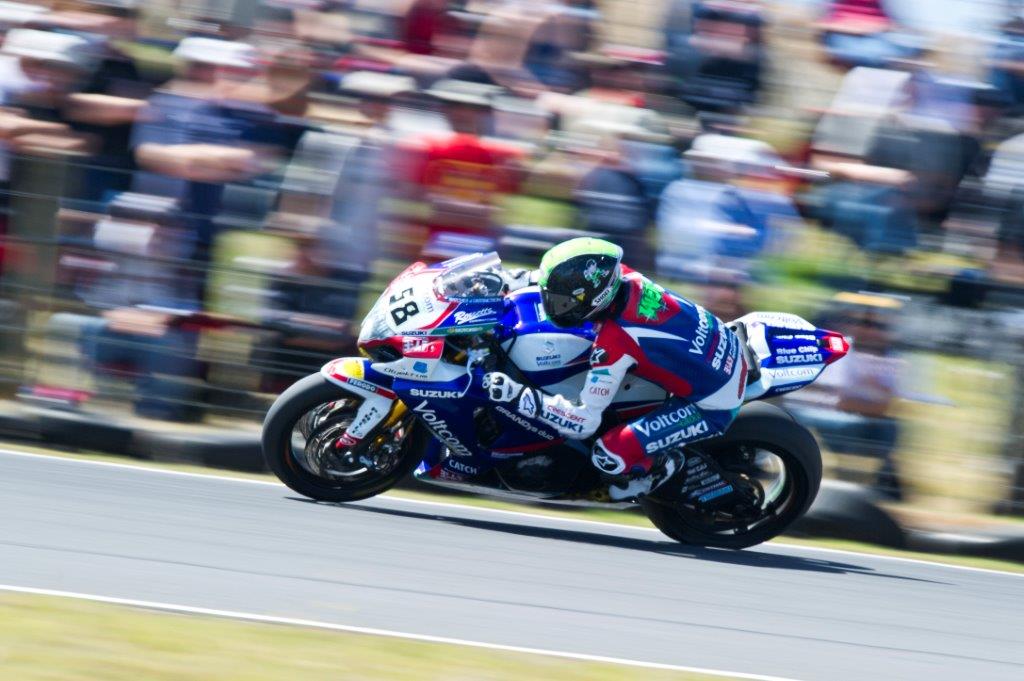 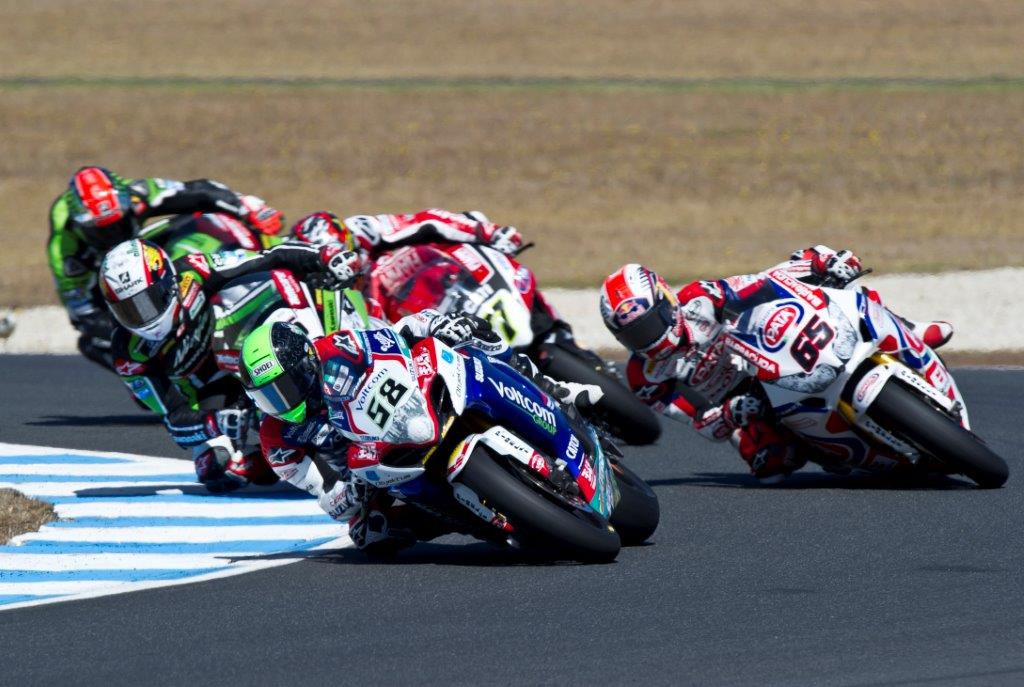