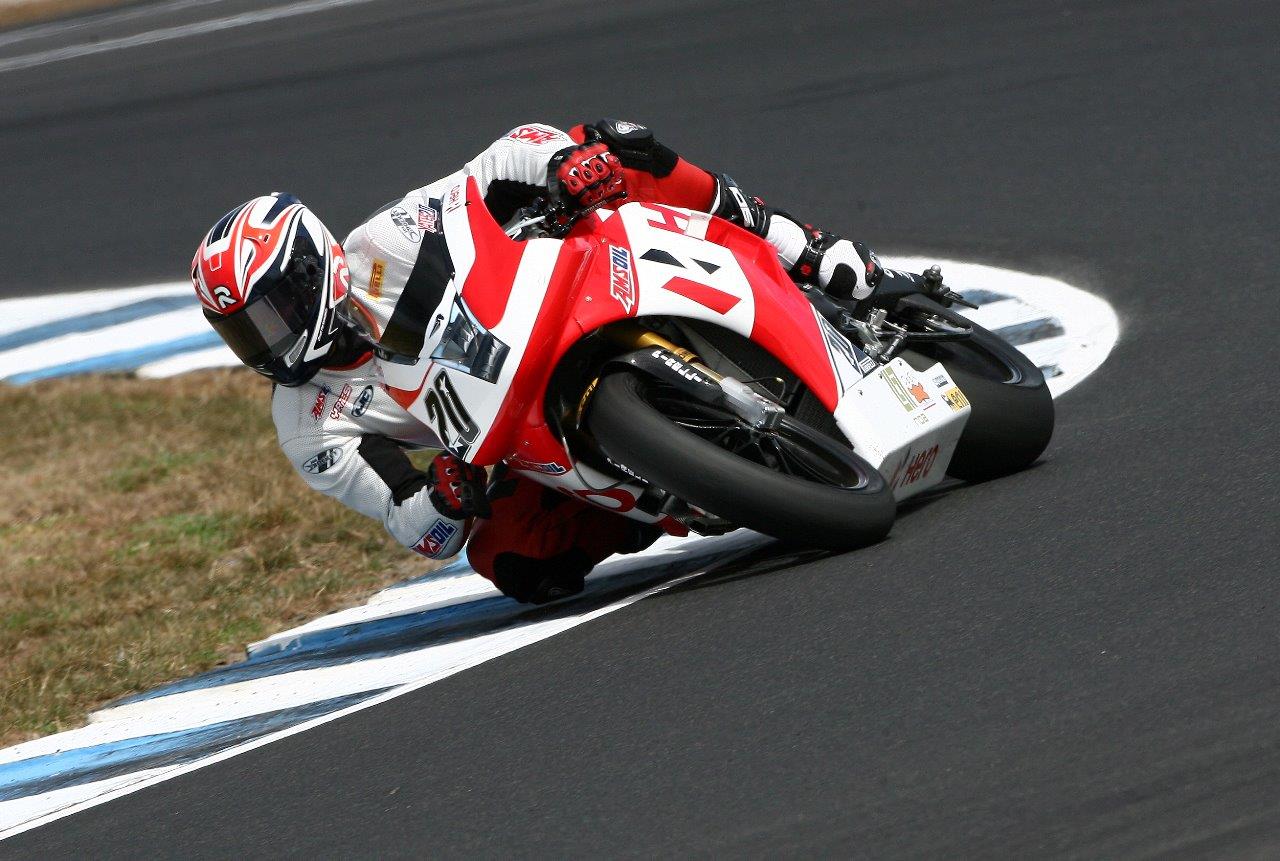 EBR Motorcycles is pleased to announce that Team Hero EBR will be returning to field EBR’s American superbikes in the prestigious World Superbike championship in 2015. Once again, EBR will run a two rider team in the premier SBK class, running the EBR 1190RX.

For 2015, the team will continue to have a European base in Italy, but will have a new team structure and riders. Larry Pegram and Niccolo Canepa will be the riders for 2015, bringing a new and international flavor to the Team Hero EBR bikes on the grid.  In addition to his riding duties, Pegram will take on the role of overall team manager.

Larry Pegram brings a wealth of podium performances and wins on many brands, as well as a unique set of skills: A team leader who not only has managed his team successfully, but also created the popular Superbike Family reality television show. Pegram’s great personality and true love for promoting the sport has gained him a major following of fans in the US, and he will quickly grow his international fan base.

Team Rider/Manager Larry Pegram commented, “This coming season is something very special for me and I can’t wait to get started. Moving to the EBR motorcycles for me was a big deal, as I have wanted forever to see an American brand in performance motorcycles. Although there were only a few AMA races in 2014, my team and I learned the EBR quickly. Our points finish in WSBK at Laguna, and podium finish in the last AMA race weekend show the potential of this motorcycle, and also convinced me and EBR that Pegram Racing could play a major role in moving the EBR World Superbike effort forward.”

Niccolo Canepa has a very exciting combination of years of experience successfully racing in World Superstock class (2007 Champion), World Superbike (2nd in Evo class in 2014) and MotoGP circuits, and a background of development testing including at the MotoGP level.

Canepa commented, “I’m delighted to join with Team Hero EBR for 2015 in the World Superbike championship. This is the perfect opportunity for me to combine my development and my racing skills. Being on track with the EBRs in 2014, it was very exciting for me to see an American motorcycle in our championship, and by the end of 2014 the 1190RX was getting quite fast. They came a long way from mid-season and really got my attention! I am looking forward to being part of the next step up in performance.”

Erik Buell Racing is also pleased to announce the continued association with Hero MotoCorp Ltd, who will play a pivotal part in our being on the grid next year. Headquartered in New Delhi, India, Hero MotoCorp is the world’s largest volume manufacturer of two-wheelers in terms of units sold in a calendar year by a single company. Even in the midst of a highly-competitive market in India, Hero MotoCorp has retained clear leadership in the domestic motorcycle market with well over 50 percent market share.

Mr. Pawan Munjal, Managing Director & Chief Executive Officer, Hero MotoCorp Ltd said, “We are delighted to again be partnering with EBR in the World Superbike championship this year. Hero is the first Indian two-wheeler brand to be associated with the World Superbike series. It has been a long-term commitment for Hero to be involved at the highest level of different sports, and participation in World Superbike, which is the premier class for production based motorcycles, fits our style. It also is in perfect sync with brand Hero’s fast-paced global expansion into new international markets. We do look forward to some exciting times at the championships this year, and to bringing the personal story of the team and team members to all of our customers through videos during the season.”

Erik Buell was the founder and former Chairman/Chief Technical Officer of the Buell Motorcycle Company. He is a pioneer of innovative modern sport motorcycle technology as well as the founder of Erik Buell Racing and the new EBR motorcycle brand. EBR Motorcycles is delighted to be able to bring Erik’s passion onto the world stage. Former racer Buell has himself competed against some of the greats in the past and is equally excited and optimistic about the challenge ahead.

Erik Buell commented, “We are delighted to be able to participate in the 2015 World Superbike championship. 2014 was a learning year for us, and we thank very much all the members of the 2014 team for their hard work. It was an incredible task to take on last year, having riders and motorcycles new to the circuit, and team members with no experience on our bikes. But it was part of a long term plan. Since we had a wide range of new people from different backgrounds, we did a large amount of experimentation during the 2014 season to capture a matrix of results from inputs of different team members. Many suggestions did not work out, but all were good for learning.

“For 2015, based on what we learned last year, we have made many changes and look forward to seeing how these all play out. At the highest level of competition like this, everything has to gel and we think we have the right combination to address what we learned last year. Larry Pegram will not only be riding, but will also be the team manager. Based on our experience with Pegram Racing in the US, including the wild card WSBK round, we feel that Larry will bring a strong connection between the factory and paddock and his calm under pressure will be just what we need. Niccolo will be a super addition with his tremendous combination of winning performance and testing experience on the SBK tracks. We also will be bringing the exciting new experience of Larry and his family doing World Superbike to all the fans of the Superbike Family TV show and to new fans around the world. My personal and grateful thanks go out to Hero Motocorp for continuing as our primary sponsor, and to AMSOIL for their sponsorship and technical support.”

In addition EBR Australia and New Zealand are delighted in the announcement of the 2015 EBR World Superbike team after announcing their own plans to field a local race team for 2015 with the 1190RX and 1190SX.  Locally, EBR is keen to build on its successful 2014 racing debut for the Pirelli and BEARS series, by entering the 1190RX and 1190SX in various racing categories for 2015. Having quickly developed a skilled team with a highly competent rider in 2014, the progression to build a bigger representation is now a clear objective for EBR and one we feel confident of.

“We believe in building EBR through racing and testing our mettle out on the track. It makes sense to showcase EBR models through different racing championships, and the opportunity to work with the planned 2015 team has convinced us to move forward.” Joseph Elasmar, CEO of Urban Moto Imports.

Further announcements will be made in the new year on team details and series, whilst EBR enjoys a resurgence of interest from Erik Buell fans alike across Australia and New Zealand, with the latest release of the 1190SX Superfighter.

EBR Demo Days are currently being held across Australia with more planned for Australia and New Zealand in 2015.