by Trev
in Latest Bikes, Motorcycle News, Uncategorized, Yamaha, Yamaha News
A A
Share on FacebookShare on TwitterShare

While all the road riders are drooling over all the new sportsbikes and cafe racer concoctions unveiled over the last few weeks, I think it is fair to say that this T7 Tenere concept machine unveiled overnight by Yamaha will have Australian motorcyclists salivating more profusely than ever. 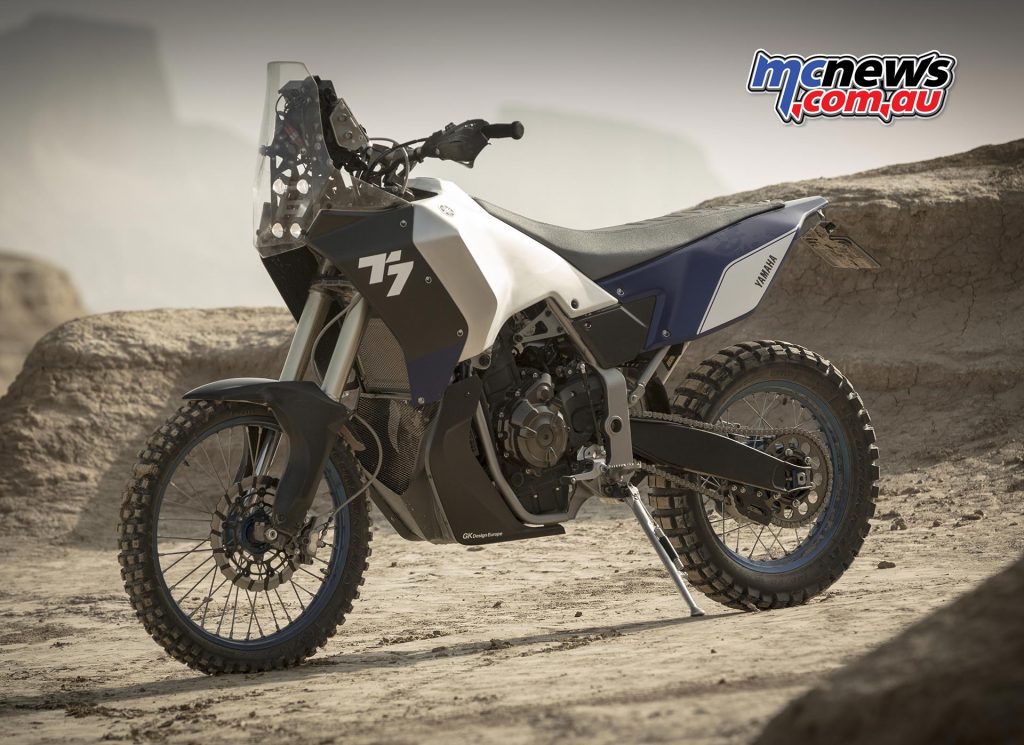 When the MT-07 Yamaha was released in 2014 anybody that threw a leg over the affordable and punchy parallel twin instantly remarked that Yamaha simply must put it in a lightweight adventure style machine.

With Yamaha letting the T7 Tenere concept machine out of the bag it is fair to say that wish is almost certainly going to come to reality, the bad news is that we will probably have to wait until 2018 for the machine to hit showroom floors. 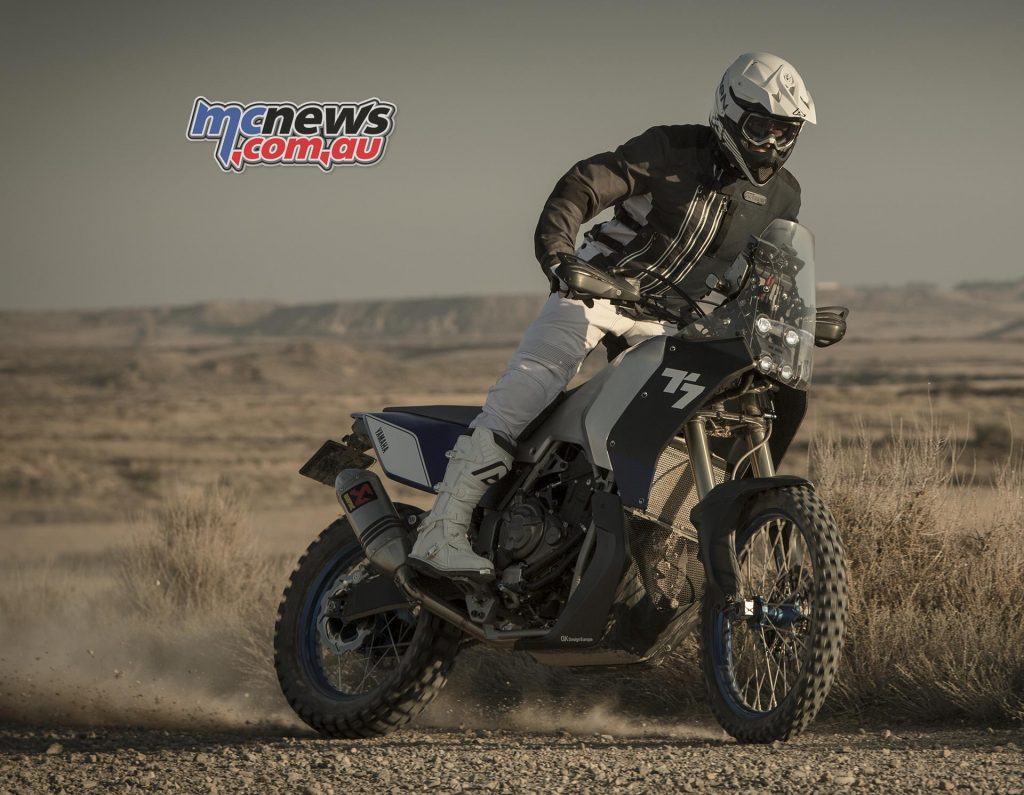 The engine that features in the T7 Tenere Concept first saw light of day in the Australian market in 655cc guise to satisfy the LAMS scheme restrictions in order to make the MT-07 available to learners. The following year Yamaha also released the MT-07 in the full power 689cc capacity that the rest of the world receives. This larger 689cc engine boasted 75hp in comparison to the LAMS machine’s 52 horsepower. Torque was also significantly boosted from 57.5Nm to 68Nm, good enough for a top speed of around 220km/h in the MT-07.

Yamaha released the legendary XT600Z Ténéré 33 years ago at the Paris Show, I think it is fair to say that if the T7 lives up to half of what looks promised in these teaser shots then the legend of Tenere will reach a whole new level and take the adventure bike market by storm. 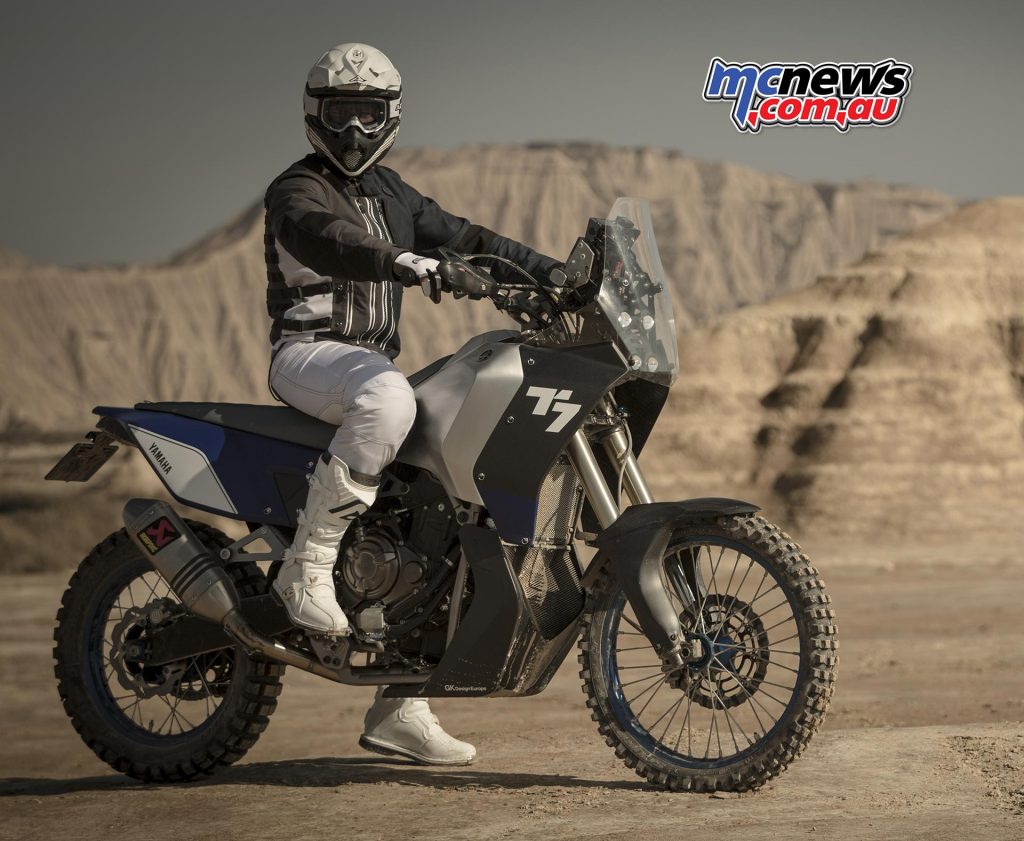 The iconic XT600Z Ténéré appealed to a wide range of riders who loved its rugged simplicity and race-bred pedigree. Based closely on Yamaha’s factory Dakar Rally competition machines that were raced by legendary riders including Stéphane Peterhansel, this tough adventure model went on to become one of the bestselling motorcycles in Europe.

In the first 10 years of its life – between 1984 and 1994 – this remarkable motorcycle achieved 61,000 sales, and today the Ténéré continues to attract a loyal following amongst many proud owners who are members of dedicated owners clubs. 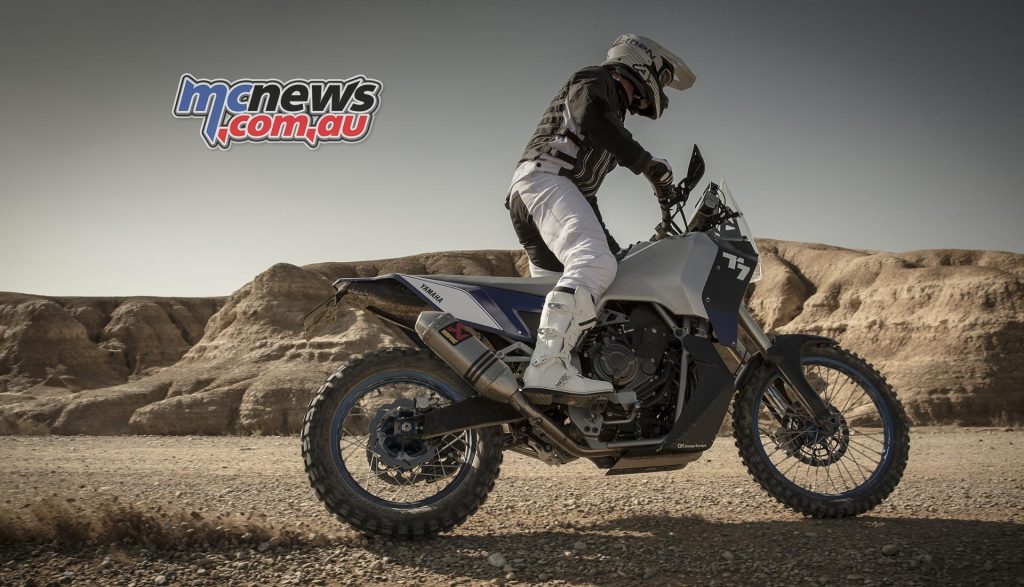 The original Ténéré spirit that made Yamaha one of the greatest names in Rally and Adventure riding has never gone away, and is forever in the company’s DNA. Adventure represents a very pure and essential way of enjoying motorcycle riding for Yamaha- offering feelings of utter freedom and discovery, traveling to stunning places even when there are no roads to get there. Now Yamaha are about to give the world a glimpse of the future with the unveiling of the T7 Concept at EICMA.

Many existing mid-size adventure models are perceived as being too road oriented and too sophisticated, and are unsuited to real off road riding. The adventure world needs a new kind of motorcycle that can offer the genuine long distance versatility and pure durability of the original Ténéré, combined with contemporary design plus cutting edge engine and chassis technology. 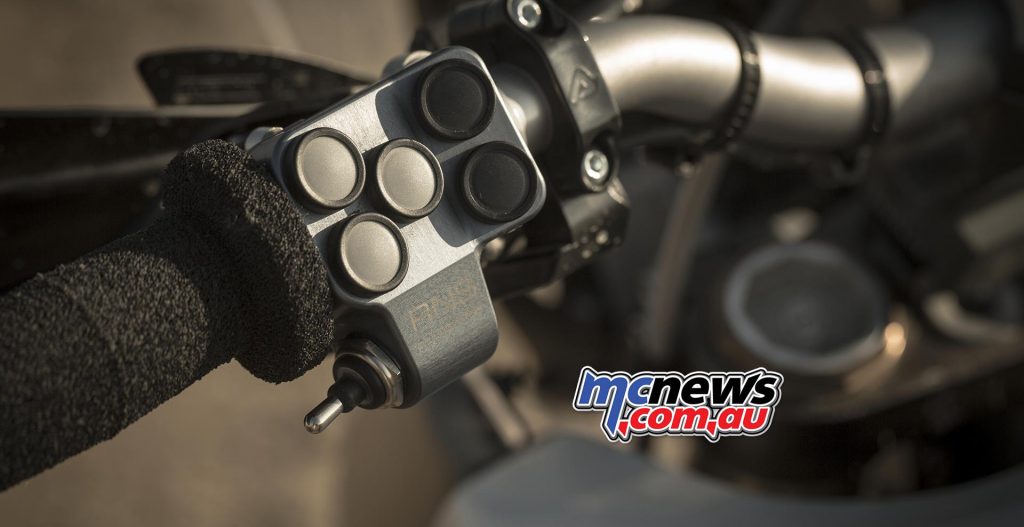 A committed team composed of Yamaha’s engineers, designers and product planners from the Official Rally Team in France, the R&D in Italy and GK Design in the Netherlands have developed the new T7 concept. Each member of the team is driven by a desire to create something that would fit the needs of the adventure traveler and represent the Yamaha vision for the next generation of adventure bikes.

Created using the race-bred DNA that has made Yamaha one of the most successful names in the Rally world, the Yamaha T7 Concept is a fully functioning prototype developed to achieve a perfect balance between road and off road capability. 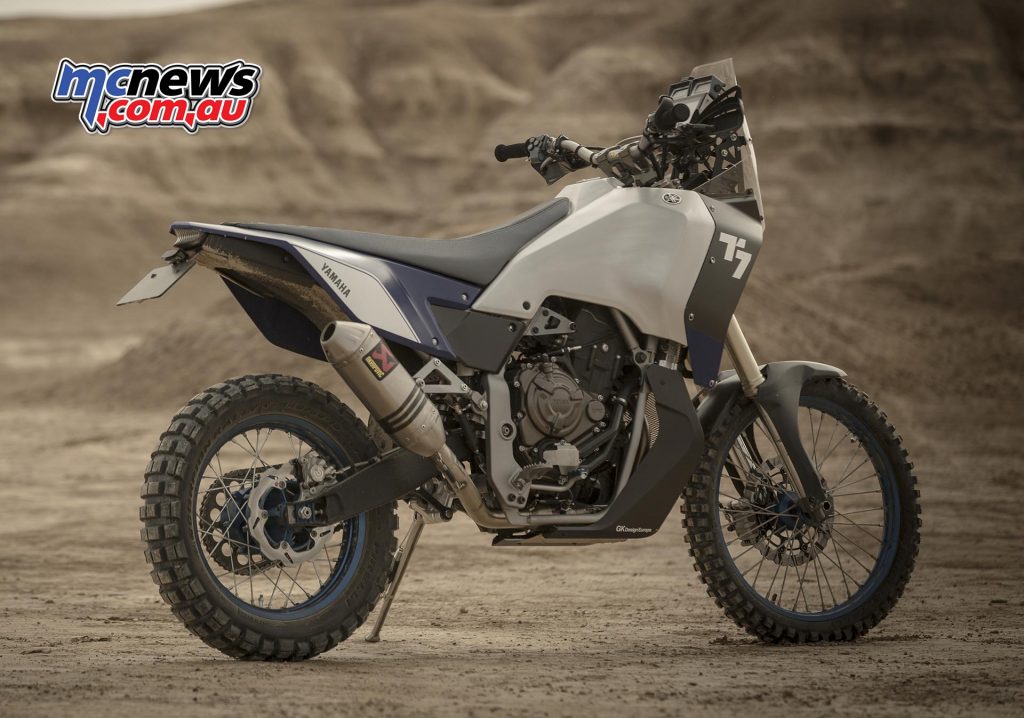 This lightweight machine is based on an all new chassis that has been designed to complement a specially developed version of the parallel twin from the MT-07, delivering strong torque and an easy power delivery for perfect traction in all conditions.

Equipped with an aluminium fuel tank, 4-projector LED headlight, a carbon fairing and skid plate, and a custom made Akrapovič exhaust – as well as high specification KYB front suspension – the T7 is a vision of the ideal adventure machine, and is playing a major role in the development of Yamaha’s next generation adventure models, from which Yamaha are promising a new chapter from the Tenere book of legends, from 2018.

Yamaha Australia manage to retail the MT-07 for 10 grand, it’s fair to say that a machine like this T7 Tenere concept would walk out the door at a price almost double that. Let’s hope when this new generation Tenera arrives it hits the market under the 15k mark, if it does then it’s likely Yamaha wouldn’t be able to get enough of them to meet demand. Get a cloth ready to clean the drool off your keyboard adventure riders as you check out the teaser video below.