by Motorcycle News
in MotoGP, Yamaha News
A A
Share on FacebookShare on TwitterShare

Thus Dovi effectively moves into the Petronas SRT seat vacated by Morbidelli subsequent to his promotion to the Tier 1 Factory Yamaha Team.  The Italian will race for Yamaha‘s satellite team for the remainder of 2021 as well as the entire 2022 MotoGP season.

“We are delighted that a MotoGP star and talent like Andrea is joining the Yamaha line-up. We warmly welcome him to the Yamaha MotoGP group as a very important member of our MotoGP programme. We have found ourselves in unprecedented circumstances this year that resulted in totally unexpected rider issues for both Yamaha teams. We experienced some unforeseen and unfortunate events, but we have been able to transform the problems into new opportunities.  Andrea has been away from MotoGP for a short sabbatical, but we are certain that a rider of his calibre will soon find his speed again. We are really looking forward to working with him as a member of Yamaha‘s satellite team, and we will be supporting him in every way we can.”

Dovizioso is a three-time MotoGP Vice Champion and has many premier-class and lower-class achievements and victories to his name. He is known as a late-braker and one of the cleanest competitors in battle.

Dovizioso is also no stranger to the YZR-M1, making him a perfect addition to the Yamaha rider line-up. He completed a successful season with a Yamaha satellite team in 2012, resulting in six third places and a fourth place in the final standings.

The 35-year-old will start the second leg of his racing career with Yamaha on Morbidelli‘s former bikes. During the 2022 season he will be riding a factory-spec YZR-M1 and receive full support from Yamaha.

“Racing with Yamaha has always been my dream, and that’s why when the opportunity arrived I did not think twice, although I know it’s going to be a tough challenge for me. I’ve got many things ahead of me to learn: a new bike, a new team, a new working system. It‘s a big challenge that starts at Misano, my home GP. This makes it even more exciting. I can’t wait to be aboard my M1!” 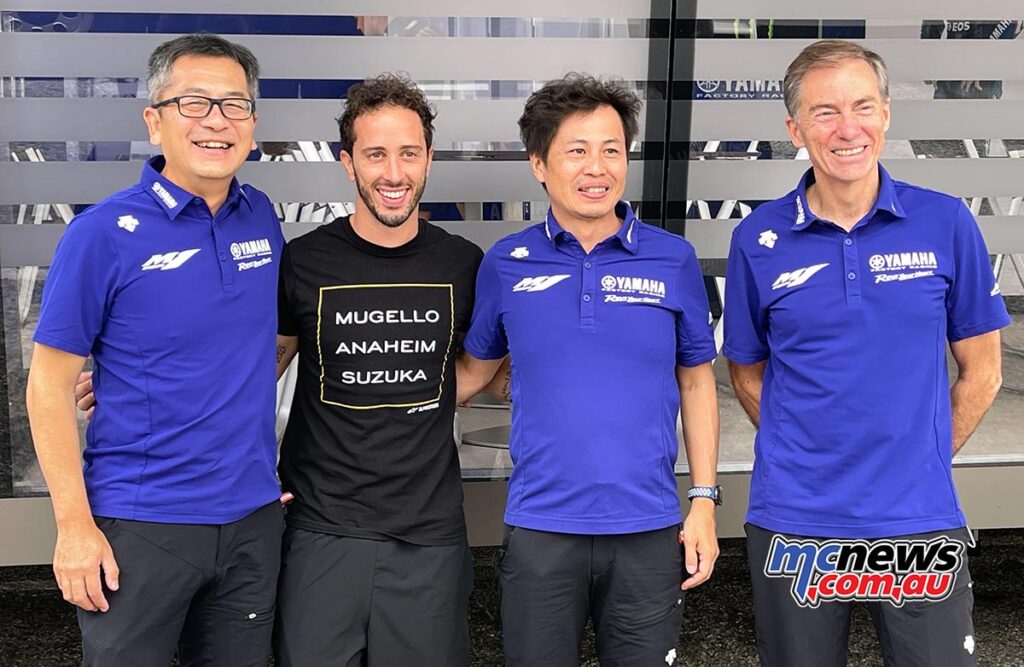