The event has been designed to keep motorbike enthusiasts happy all weekend long, with activities planned on the Saturday and the main event on the Sunday, with a number of new attractions planned for the 2019 event so visitors who come to the Festival year after year will enjoy seeing something new.

“This year we are presenting a big focus on Adventure Bike riding. Adventure Motorcycling is becoming increasingly popular as more and more people opt for taking their bike off road. We are going to celebrate everything to do with Adventure Bikes and riding, and hopefully inspire riders to get out and give it a go. We are also bringing to York an international motorcycle guest who is sure to pull the crowds; and a new stunt rider who has never been to the Festival before. And for those who have been the Festival, we’re bringing back all your favourites – the Mt Brown Hill climb will be staged again, Show and Shine competition, Vintage Collective Markets, Indian Café, Kid’s bike rides, displays of new bikes and products, and of course the Harley-Davidson family concert.”

Peter added that this is currently the only motorcycle event of its kind held in Western Australia, and always attracts substantial industry support, with the major brands all signed up to display at the Festival. The Festival is free and family friendly, and being just an easy hour’s drive from Perth, it’s a great day out for any motorbike enthusiast. 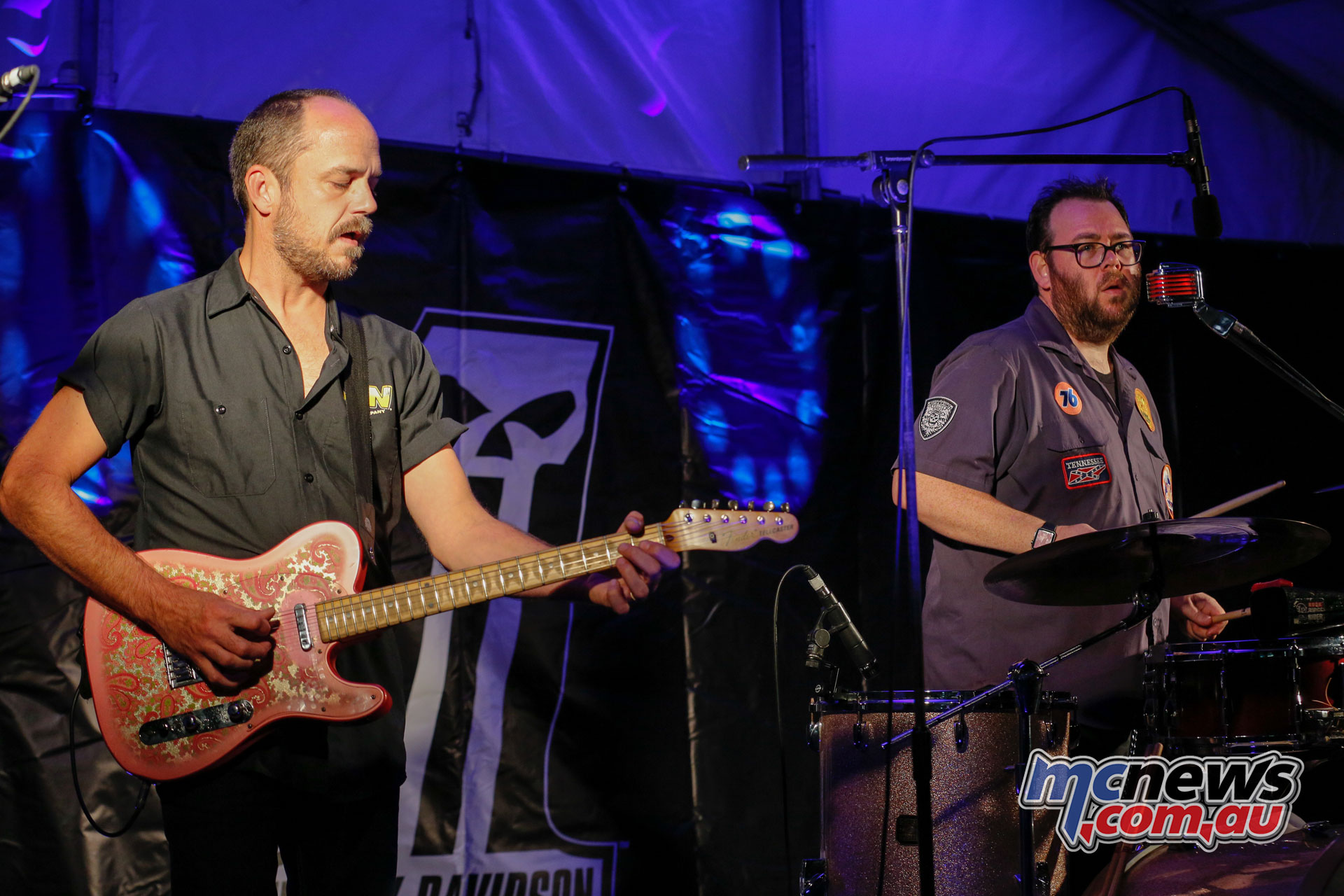 The town of York will come alive over a full weekend when the York Motorcycle Festival is held on the weekend of 13th and 14th April. Check the website www.yorkmotorcyclefestival.com.au (link) for info.

Billy Biketruck may not be a household name – but in the motorcycle industry he is a legend! Billy is well known through his work with Charley Boorman and Ewen McGregor on “The Long Way Round” and “The Long Way Down”; and has recently returned from a filming trip through Afghanistan where he and his crew took an epic motorbike adventure through the world’s most dangerous land – and lived to tell the tale!

At the York Motorcycle Festival, Billy will tell his story and present some videos and photos of his trip in what he calls an exciting, funny and sad story, with only a little bit of nudity! Catch Billy at the York Mill on Saturday 13th April at 3pm, and Sunday 14th April at 1pm.

Never before seen at the York Motorcycle Festival, BMW stunt performer Lukey Luke will be at the Festival to make a heap of noise and show off his skills! Lukey Luke is one of Australia’s Leading Stunt Rides and on track entertainers, specialising in performing
Streetbike Stunt Shows at a wide variety of events both large and small around Australia and overseas.

After a long and successful career riding for some of motorcycling’s biggest brand names, Lukey has blasted into 2019 in a new chapter with a new partnership, now teaming up with BMW Motorrad. Luke will head to York on the Saturday to hang around and check out the Hill climb, and of course will be on his new BMW F 800 R on Sunday burning up South street!

Catch champion trials rider Neil Price as he shows his skills in trials and shares all the latest info on getting involved in Adventure Bike riding. Adventure Motorcycling is becoming increasingly popular as more and more people enjoy the freedom of getting offroad on a motorcycle. Everybody likes to get away, and these days, adventure motorcycles are just as capable of taking on the rugged terrain as a 4WD. And for many, the experience of taking their bike off the beaten track far outweighs the comfort of being inside a vehicle.

Neil runs Moto Dynamics, and has a passion for training riders to equip them with the skills and knowledge they need to take on an outback motorcycling adventure. At the Festival this year, Neil will not only be demonstrating his trials skills, but will be giving information and tips on how to get into adventure bikes.

Following the success of its inaugural run last year, the Hill Climb up Mount Brown will again be held as part of the Saturday activity line up. The Vintage Hill Climb will be a spectacle of riders and their machines against the mountain, trying to crack the nominated time. A selection of vintage and classic machines from the 1920s up to the late 1970s will be participating at pace.

Riders will be given two timed passes and will need to replicate the next three timed passes as close to their nominated time as possible. The event is run by enthusiasts from the Western Australian Vintage motorcycle community. Peter said the Hill Climb will be a major attraction and is already gaining plenty of interest from participants.

Die-hard enthusiasts attend the Show and Shine year after year to show off their bikes; and the display in the stunning old York Town Hall is truly a sight to see. Visitors can choose their favourite and vote for it in the People’s Choice prize! The Show and Shine is proudly sponsored by Clean Ride and Motorcycle Panel and Paint. 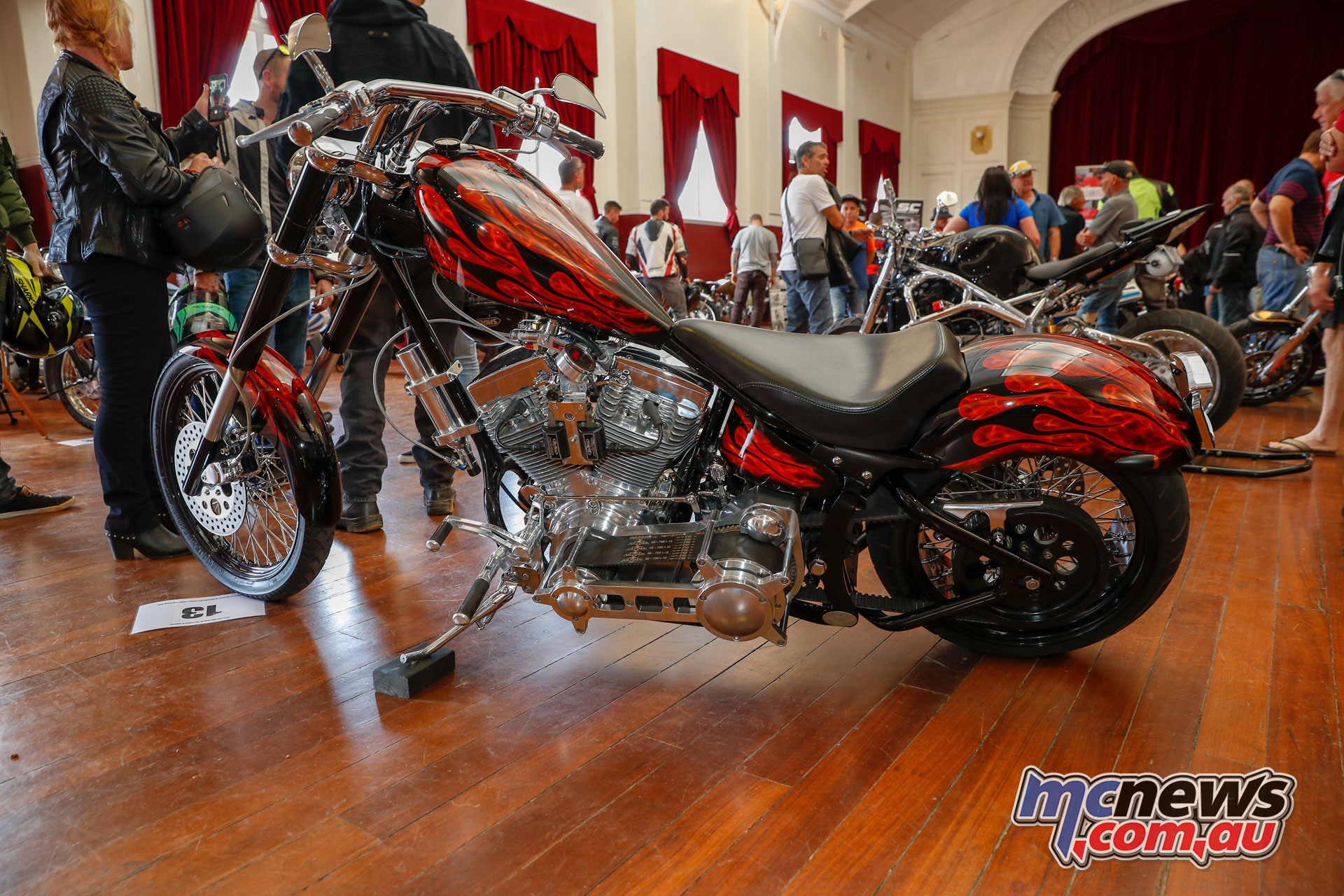 The new Indian Café on Avon Terrace will now be part of the Imperial Hotel. Take the time to chill with a coffee and a snack at the Indian Café and check out the displays of new Indian bikes while you’re there! 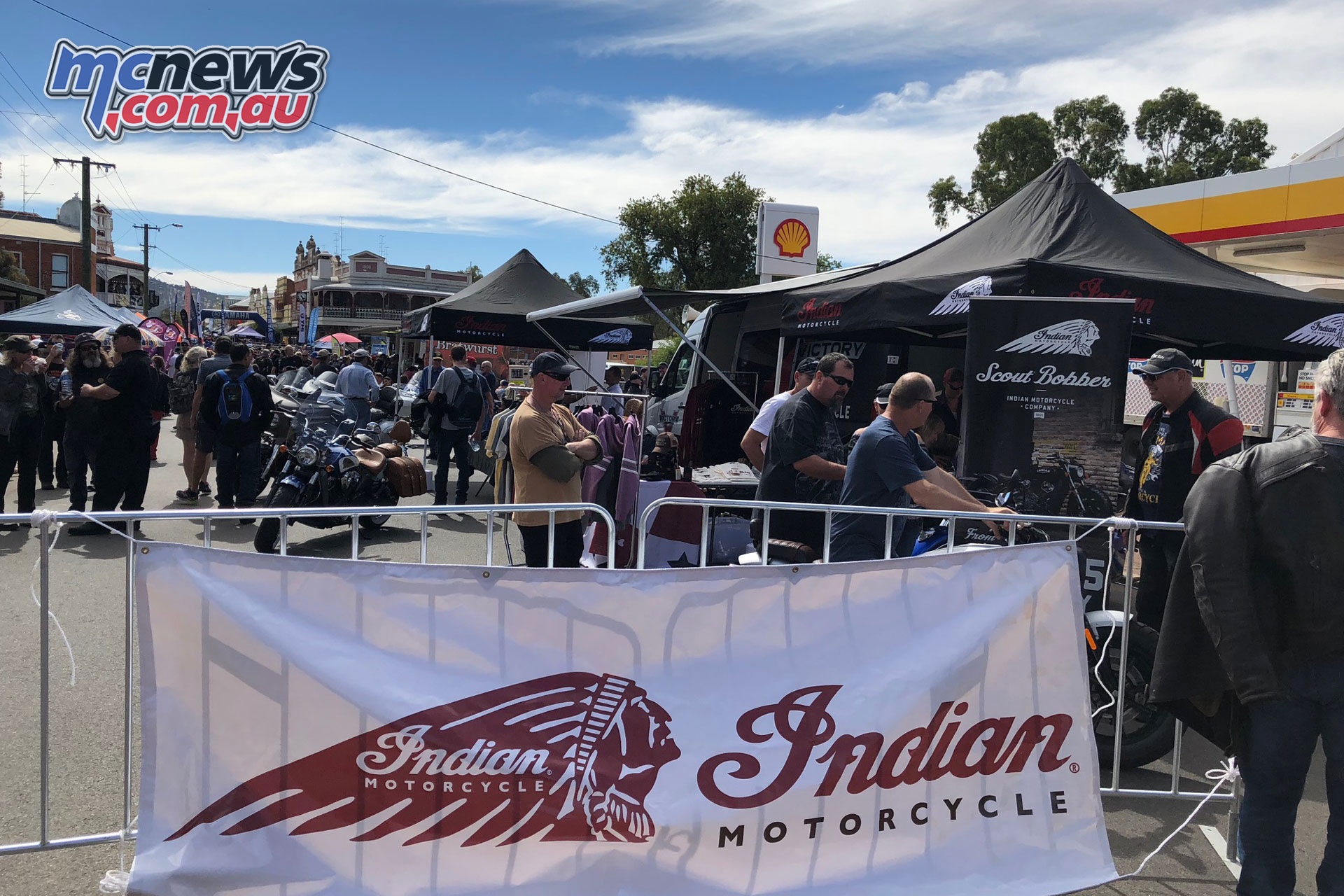 Head to York on Saturday evening 13th April for the exciting Harley-Davidson free family concert! The concert is held in Peace Park, and this year will feature a line-up of local acts as well as recognised Perth bands.

The concert will open with York muso Chris Gibbs, followed by groovy band Coastal Drift. The headline act for 2019 is Perth Indie band The Tommyhawks. 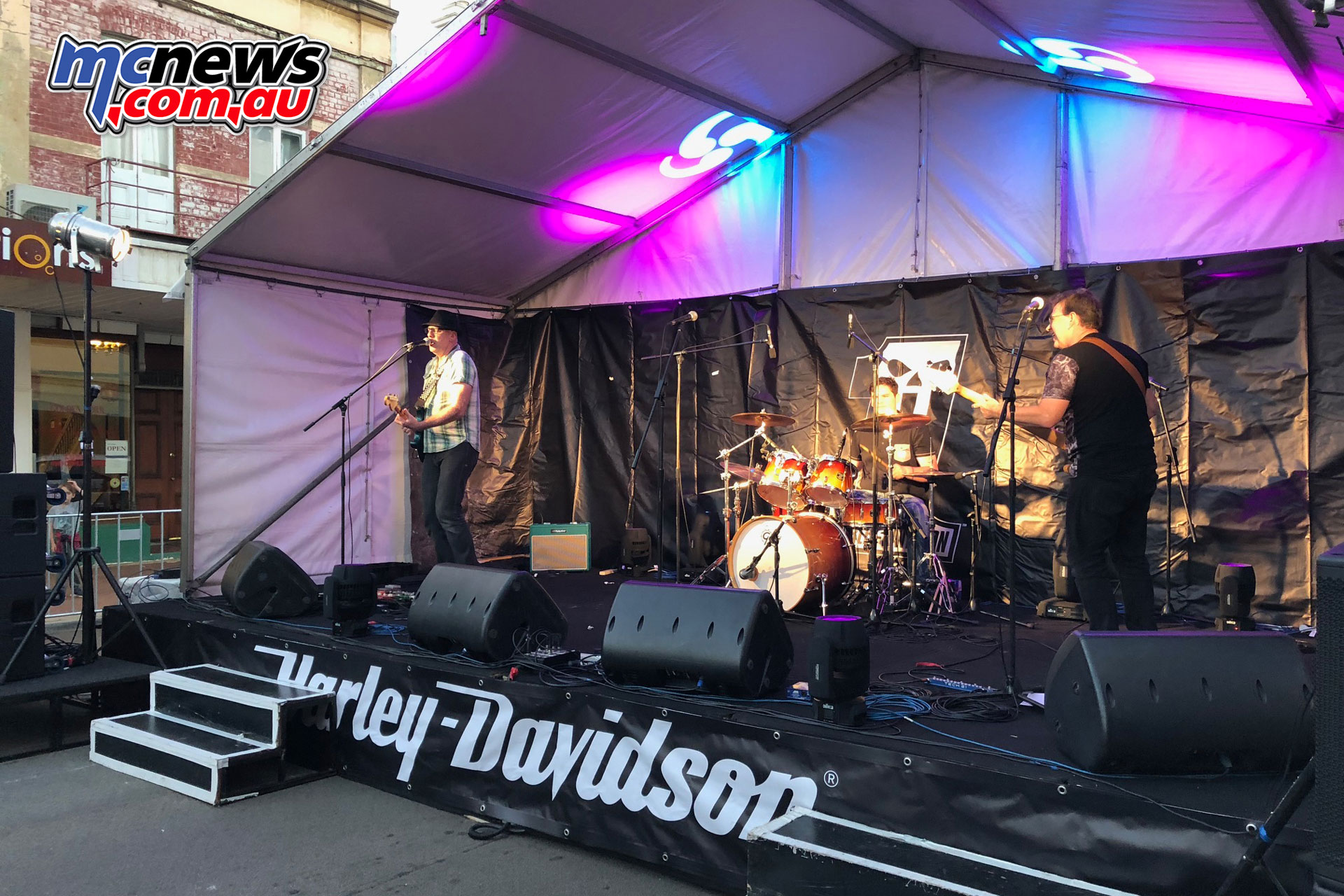 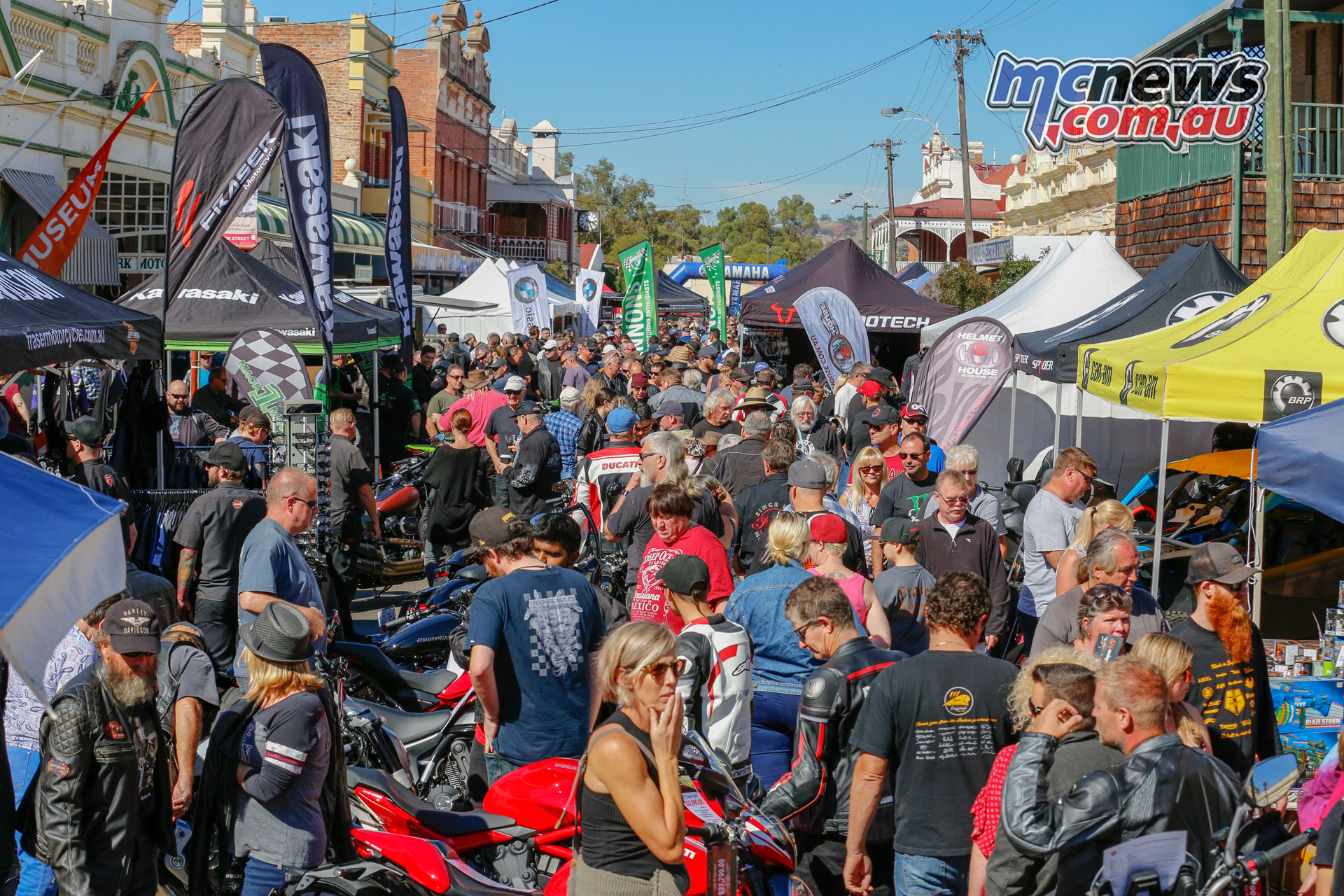 Thanks to Motorcycle WA, kid’s can test their own skills on two wheels. Come try riding on the specially designed track in Peace Park. 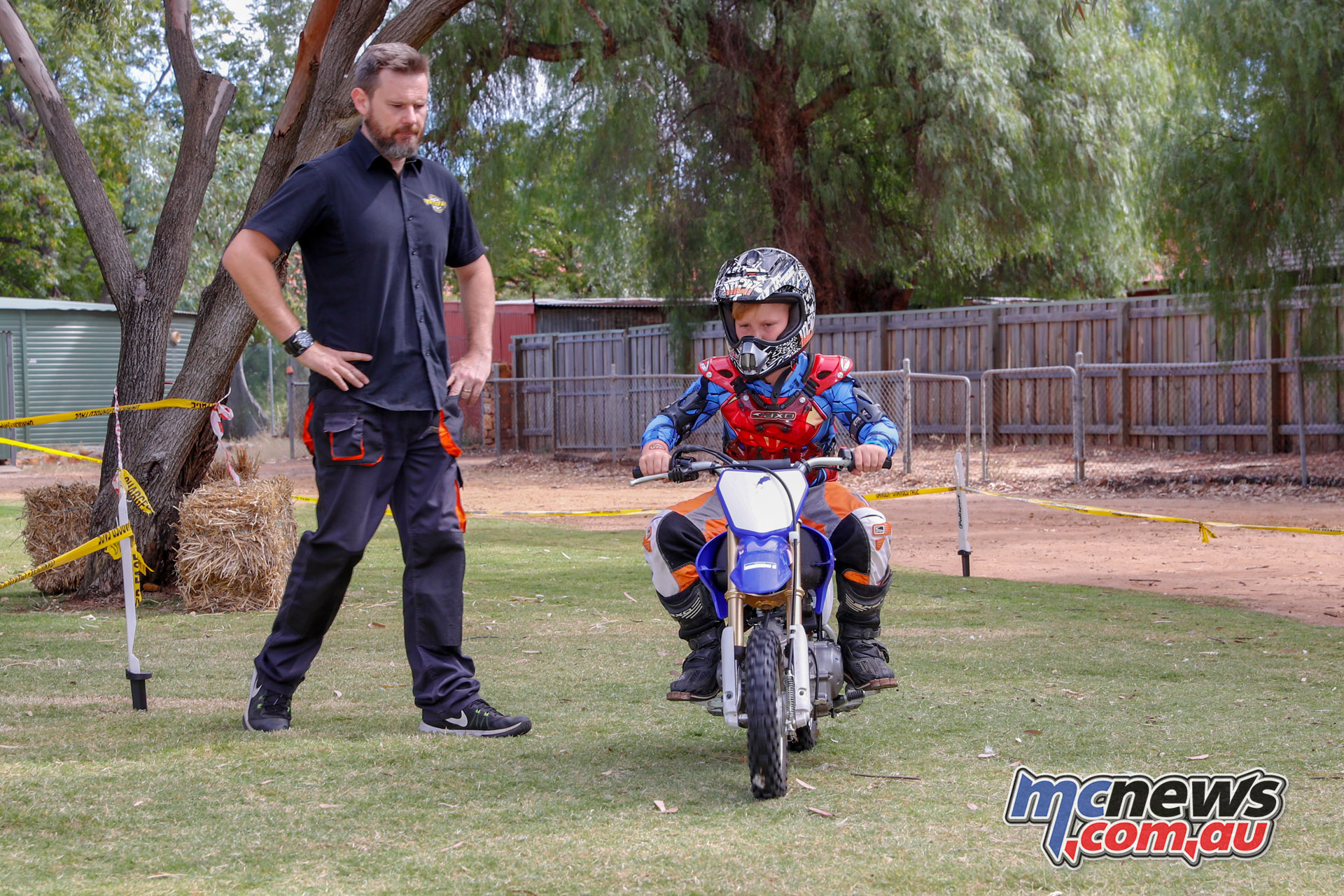 The York Motorcycle Festival is a free family festival that was originally set up as a charity event. In 2019, the Festival is again pleased to support beyondblue in its fundraising. To raise money, a Charity Ride for beyondblue will be held on Sunday 14th April from Midland to York.

Participants should meet at Midland Gate Shopping Centre carpark, Great Eastern Highway, Midland from 8.30am Sunday 14th April. There will be two start times – the first ride will leave at 9am for the early birds, and the second at 10am for those who’d rather a sleep in! Cost is $10 per rider, $5 per pillion, and all money collected will go to beyondblue.

Experience the excitement of motorcycle racing close up with Super Moto WA. The team will do race demonstrations on Sunday 14th April along South Street. It’s loud, it’s fast, it’s not to be missed!

The list of exhibitors at the 2019 York Motorcycle Festival just keeps growing! Visitors to the Festival can check out new bikes from major brands such as Harley-Davidson, Indian and Victory, Yamaha, BMW, Ducati and more. Check out the displays of clothing, jewellery, accessories and more; as well as the new motorcycle Clubs area. The full list of Exhibitors is available at yorkmotorcyclefestival.com.au. 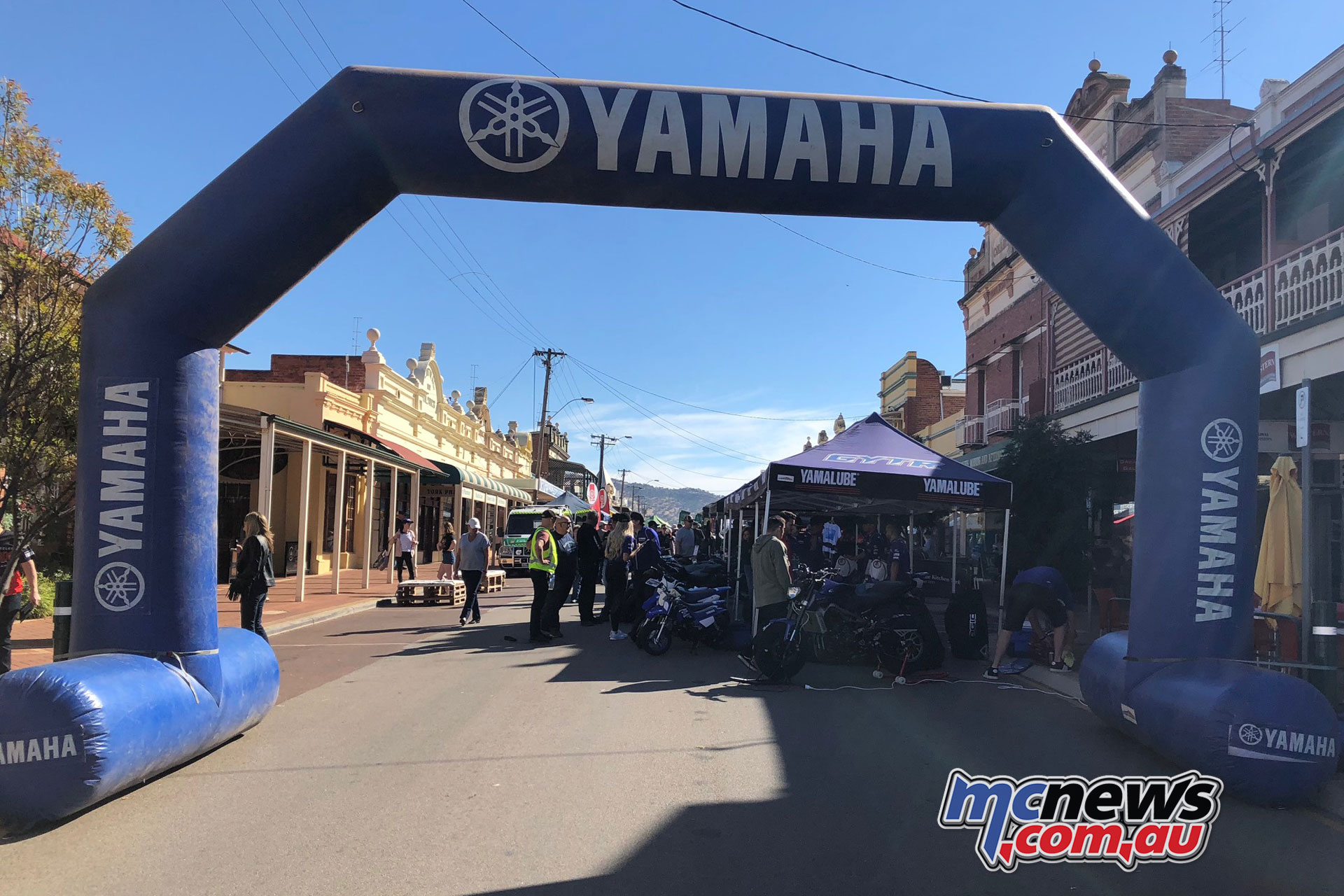 The 2019 York Motorcycle Festival runs over the weekend of 13th and 14th April, and is held on Avon Terrace, the York Town Hall, Peace Park, Mount Brown and York Recreation Centre. The Saturday concert runs from 4pm-10pm; and the main Festival runs from 10am-4pm on Sunday. Entry to the Festival is free; and there is plenty of motorcycle parking available on Avon Terrace and within the Town.

The York Motorcycle Festival proudly supports beyondblue charity. The York Motorcycle Festival is supported by Department of Tourism Western Australia, Department of Regional Development, Royalties for Regions and the Shire of York, and proudly sponsored by Shannons Insurance, Harley-Davidson, 5 Star Yamaha and Indian Motorcycles. For more information, visit www.yorkmotorcyclefestival.com.au or follow us on Facebook and Instagram.