YRT switch back to Dunlop for 2021 ASBK campaign

The Yamaha Racing Team and tyre giant, Dunlop, have joined forces for the 2021 Australian Superbike Championship (ASBK) that will see Cru Halliday, Aiden Wagner and Broc Parkes all have their factory prepared YFZ-R1M’s running on Dunlop tyres for the 2021 season, as they aim to take the 1000 cc Superbike crown.

“We look forward to working with everyone at Dunlop and doing our best to secure them a championship this year,” stated team manager, John Redding. “Dunlop have long been a proactive and successful brand and company that race with a passion for high performance and that is the same values we share as a race team.

“Dunlop have a great range of tyres for us to test and select from, as well as great track side support with extensive knowledge of the tyres and performance. We feel Dunlop will be able to carry us forward in our championship endeavours.” 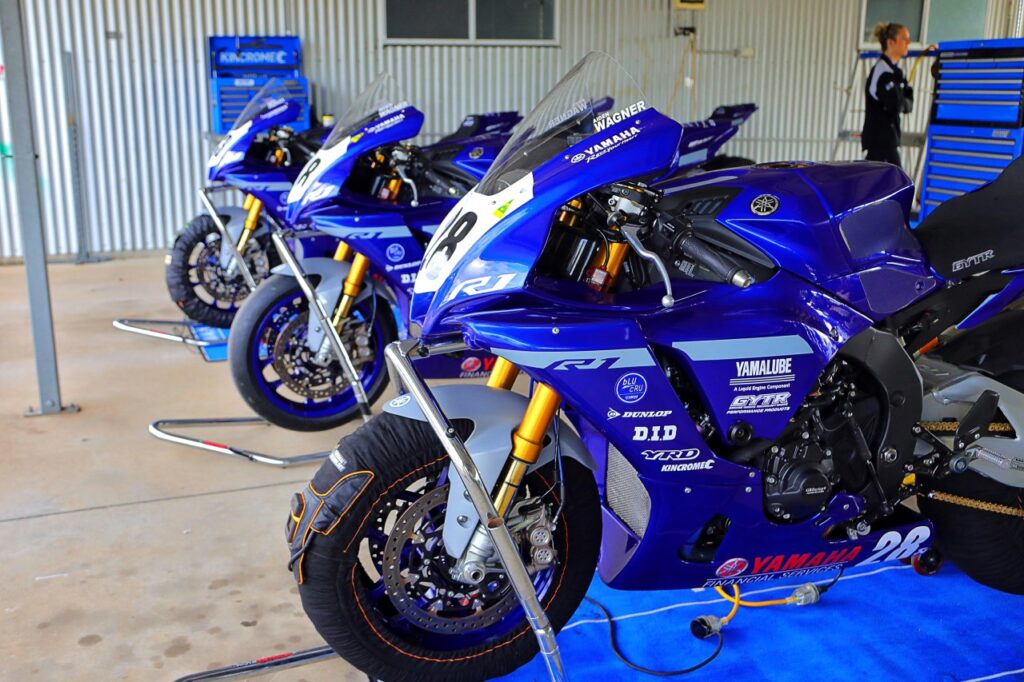 The relationship between Dunlop and YRT dates back many years and the combination has seen plenty of championship success in the past.

“We welcome back the Yamaha Racing Team to Dunlop,” said Dunlop Motorsport Manager, Robbie Bugden. “YRT are a very professional outfit and the most high profile racing team in the ASBK paddock so it is with real pleasure we get the opportunity to work with them again.

“Both ourselves and YRT have set lofty goals for the 2021 season and I feel Dunlop performance and quality combined with the talented and hard-working Yamaha team is a great fit. We look forward to working closely with Cru, Aiden, Broc and the entire team and know that we have not just the product but the back up and service to give them a great opportunity at ASBK success,” Bugden signed off.

With the ASBK season set to get under way in February, the Yamaha Racing Team have been hard at work as they prepare for a full three rider assault, making them the largest team in the paddock. Yamaha Australia’s commitment to racing continues be the envy of others as they continue to race with passion and set the standard.

The addition of Broc Parkes is an exciting one as he comes to the team with not just years of international experience, but also maintains his long term relationship with Yamaha that has seen him compete for the bLU cRU throughout the world.

The Superbike class will be stacked with Yamaha contenders as in addition to the three YRT riders, two-time 600 cc Supersport champ, Tom Toparis is expected to move into the premier division and will be mounted on the Yamaha R1.  The likes of Daniel Falzon, Marcus Chiodo, Jed Matcher, Arthur Sissis and Corey Turner will return for another season on Yamaha, all with support from YRD.

Add to that the Yamaha dominated OJC class for the young guns of road racing, the R3 Cup and the class domination of the Supersport 300 and 600 categories and Yamaha really are the brand to be on in 2021.

Massive gallery of images from AMA SX Round Four