The unique concept of the R 1200 GS with its down-to-earth character and powerful high-torque engine thrills a large number of motorcycle fans all over the world. It is not for nothing that this motorcycle is the top-seller within the BMW Motorrad model range.

With the new R 1200 GS, BMW Motorrad expands the GS portfolio not only in the form of additional optimisations but also by further broadening of the motorcycle’s properties, with the special Rallye version, developed in conjunction with BMW Motorrad Australia, following feedback from several years of the BMW Safari and BMW Safari Enduro events.

For the first time, customers can give a BMW GS a more marked touch of enduro or alternatively distinguished style to suit its preferred area of use by ordering the style packages Rallye and Exclusive.

The R 1200 GS has now been optimised in a wide range of areas, designed for even greater versatility than before, tapping into a previously unknown breadth of properties, ranging from dynamic performance to comfort and off-road suitability.

This is due to selective improvements, numerous new features and not least a much-expanded program of optional equipment and optional accessories.

The optionally available Rallye X package allows the new R 1200 GS to be optimised for more ambitious off-road use. Here, an increase in manoeuvrability and traction is combined with a very slight reduction in comfort and directional stability on the road.

The increased spring rate (“harder suspension”), longer spring struts and longer spring travel lead to a significant enhancement of ride stability for off-road use, which is especially noticeable over gravel passages.

This sports suspension benefits experienced off-road motorcyclists who know when to convert suspension reserves into more performance without overtaxing the motorcycle or themselves.

Heavy and tall riders will appreciate the advantages of this spare capacity due to the tighter suspension set-up, especially when riding off-road. This optional equipment item, only available in conjunction with Dynamic ESA “Next Generation”, also includes all the new automatic damping functions and riding position compensation.

Optimised with new suspension geometry, the GS is now considerably more agile when it comes to carrying out tricky off-road manoeuvres. Increased ground clearance (approx. 20mm) and the resulting additional seat height will be appreciated by experienced enduro riders who configure their GS precisely in this way for this type of riding.

Proficient riders know how to move dynamically over rough terrain on a travel enduro bike fitted with studded tyres, too, allowing for the weight of the motorcycle.

The off-road character of the new R 1200 GS is particularly emphasised in the Rallye version. The colouring in Lupine Blue metallic, the over-painted decor elements on the fuel tank sides reminiscent of the BMW Motorsport colours.

In particular the frame powder-coated in Cordoba Blue go together with the black drivetrain and gold-finished brake calipers to create the sportiest standard GS of all times, even from a purely visual point of view.

Functionally speaking, the new R 1200 GS Rallye underscores its claim to be the sportiest GS with numerous refined details.

These include the Rallye seat, which features perfect ergonomic shaping for maximum freedom of movement while still offering excellent seating comfort – for two if necessary.

As before, a low-cut sports windshield provides a clear view of rough terrain to the front while offering increased freedom of movement when the bike is ridden standing up.

The new R 1200 GS Rallye rolls on cross-spoke wheel with off-road capability: alternatively these can be ordered with studded tyres as an ex works optional equipment item.

Off-road enthusiasts can also opt for the sports suspension ex works. If the new R 1200 GS Rally is to be ridden in purist form, i.e. with the luggage bridge removed and without passenger footrests, these elements can be neatly covered with caps that are included.

Powered as before by the air/liquid-cooled boxer with an output of 92kW (125hp) at 7750rpm and a maximum torque of 125Nm at 6500 rpm, the new R 1200 GS now has an altered catalytic converter and a new data status for the engine management to meet the latest EU4 requirements and already saw the addition of a judder damper on the transmission output shaft and a revision of the selector drum actuator and transmission shafts.

For individual adaptation to rider preferences, the new R 1200 GS offers the two riding modes “Rain” and “Road” as standard in conjunction with Automatic Stability Control ASC for optimum traction.

The riding modes “Dynamic Pro” and “Enduro Pro”, activated by means of a coded plug, also offer customisation options which allow the character of the motorcycle to be adapted.

Other elements of “Riding Modes Pro” are the new set-off assistant Hill Start Control for convenient hill starts, ABS Pro for even greater safety when braking, even in banking position, and the dynamic brake light which is even more effective in drawing attention to the fact that the motorcycle is braking.

A whole new dimension of riding safety, performance and comfort is harnessed with the optional BMW Motorrad Dynamic ESA “Next Generation” (Electronic Suspension Adjustment). Here, the damping automatically adapts to the situation depending on riding condition and manoeuvres, and there is also an automatic self-levelling function to compensate all load states.

While the underlying design architecture of the R 1200 GS has been preserved in the new version, optimised ergonomics in the knee area ensure further improved off-road qualities.

Details have also been optimised on the front mudguard and at the centre of the front wheel cover, while small slipstream deflectors known as winglets add a touch of aerodynamic perfection.

The trim of the air intake and the side fuel tank trim panels have been newly designed, too. New styling has now also been applied to the cooling air ducts and radiator trim elements, which either feature a galvanised surface or are made of stainless steel (Rallye and Exclusive). 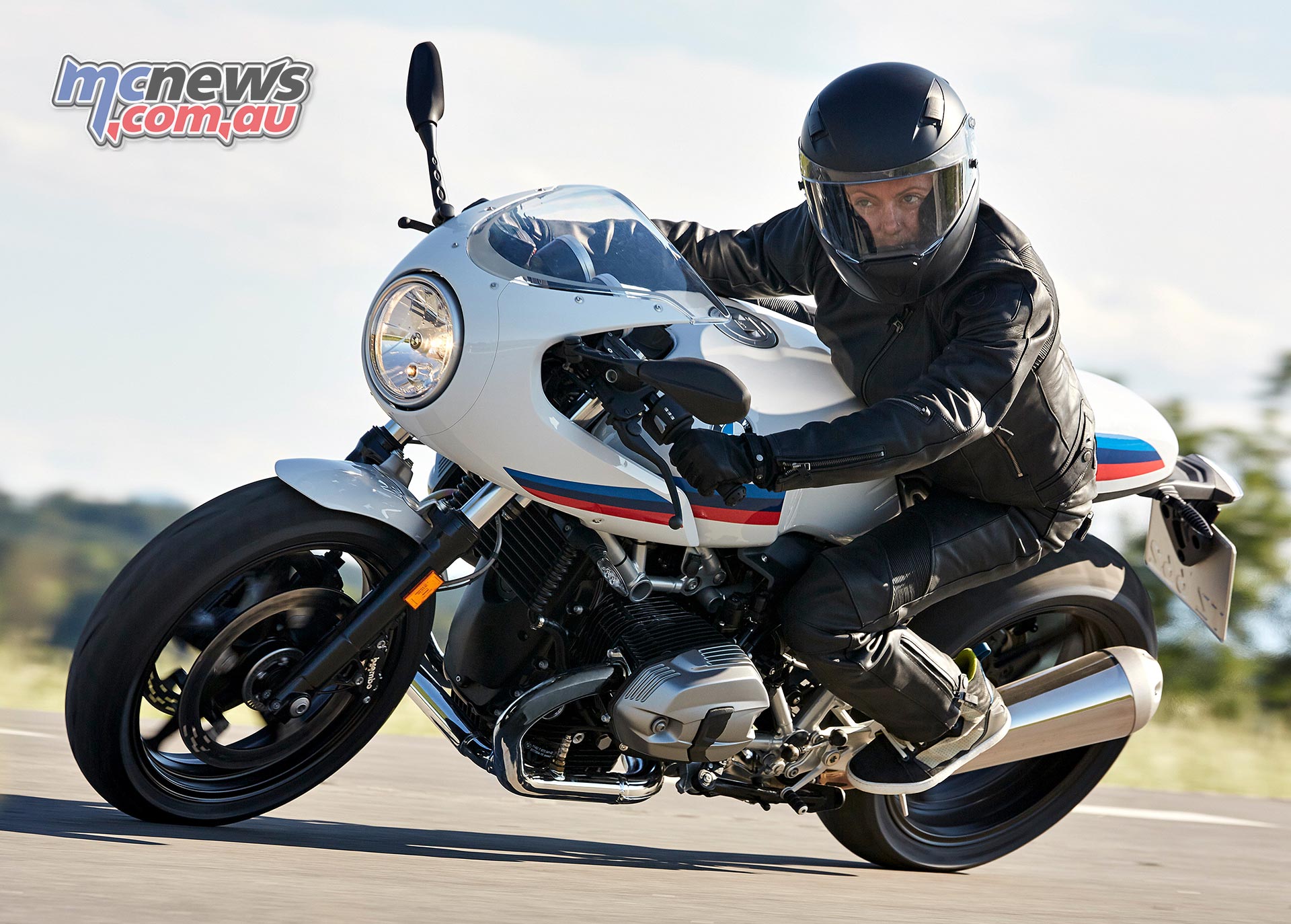 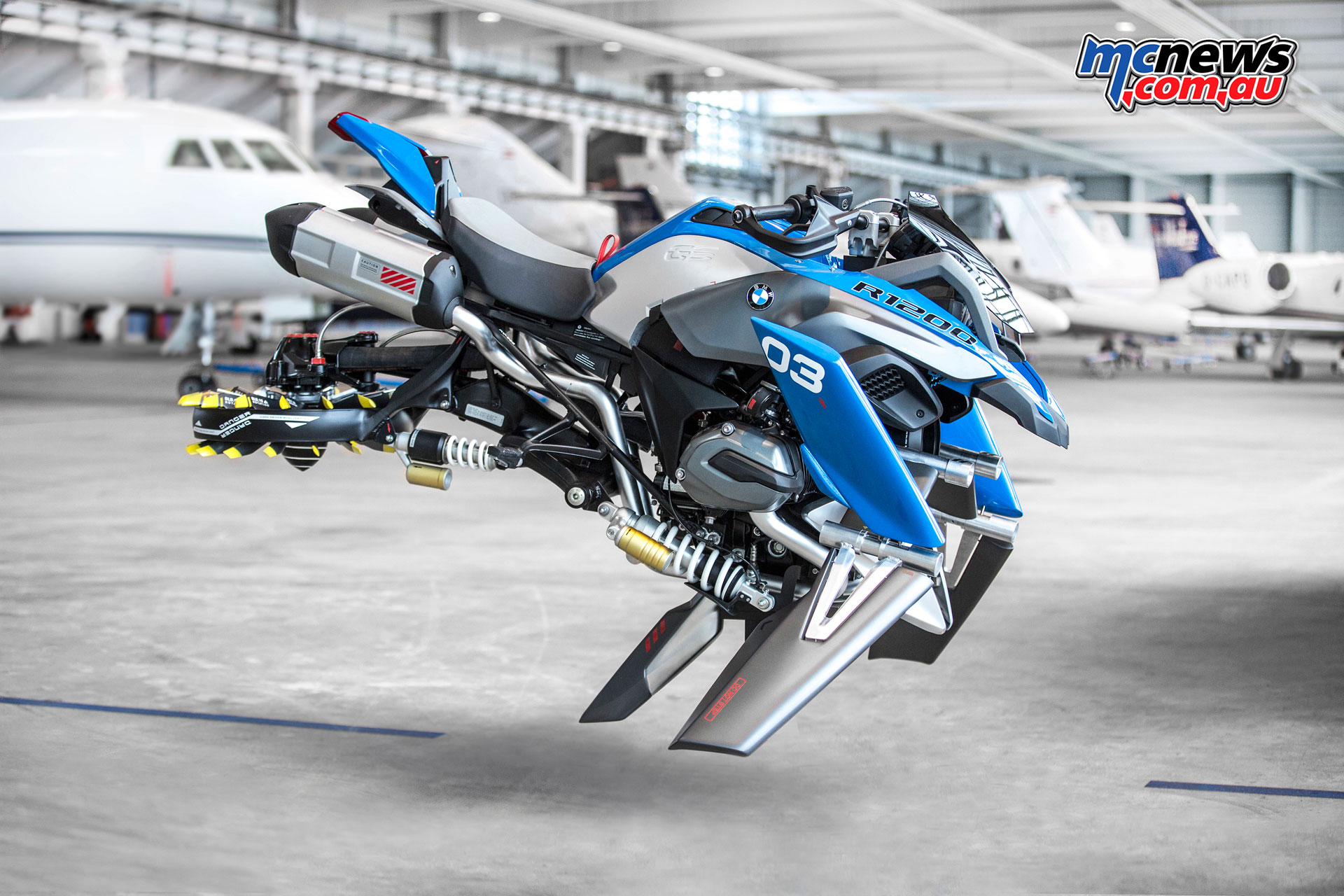