Aprilia is a company with a fine sporting pedigree. The likes of Valentino Rossi and Max Biaggi enjoyed huge success with the Italian brand in the 125cc and 250cc ranks of MotoGP. Clearly Aprilia know how to build a chassis and a two-stroke engine.

With the release of the RSV Mille in 1998 the company entered the four-stroke streetbike market with a 998cc v-twin. The engine however was not made by Aprilia, but by Austrian company Rotax.

Aprilia have now opened up a new chapter by developing in house an all new 65-degree v-four engine to power their new flagship, the RSV4R. After some initial hurdles with the first batch of machines subject to a recall campaign for engine replacement, Aprilia are now kicking goals with the new model. Both on the road and the racetrack.

After spending some quality road time with a tasty black RSV4R, it’s easy to see why.

The riding position at first seems quite extreme and the outlook from the cockpit resembles one of those views you can switch through on computer games. Without looking away from the road it is impossible to see any of the instruments. The screen is somewhere down in the extreme lower parts of your peripheral vision and the mirrors prove virtually useless. Despite all that, the cockpit of the RSV4R is not a particularly bad place to be by sportsbike standards.

My first impression of the engine was that while it was smooth and the fuelling perfect it lacked outright grunt. Aprilia’s Victorian State Manager Justin Richards had explained the different engine maps available when handing over the keys but as a journo I of course already know everything and didn’t pay all that much attention. After pondering why the new V4 didn’t feel all that strong up top I discovered the ‘R’ mode represented ‘Road’ rather than ‘Race’. Once I selected ‘T’ for track the full power of the RSV4R was unleashed and my vocabulary switched to ‘F’ mode.

The engine is completely linear in the way it delivers power. It certainly doesn’t seem to hit as hard in the mid-range as some of its litre sportsbike brethren but there is still plenty of urge available which culminates in a storming top end. It is certainly not as breathtaking up top as the berserk BMW S 1000 RR but the Aprilia feels a match for the other class stalwarts once above 10,000rpm. A lot has been said about a prodigious mid-range from the Aprilia V-4 but this was not apparent in our test bike. Perhaps the higher spec’ Factory model with its variable length intake funnels makes the difference.

One thing that certainly stands out about the Aprilia’s engine is fuel consumption, and not in a good way. The Aprilia broke my ‘worst economy’ record on my standard test loop by 25 per cent. Some commuting balanced with fairly tight mountain work saw the Aprilia guzzle more than ten litres per 100km. That equates to a range of only 170km from the 17 litre tank. I am sure it could do much better on a gentle loop, but I also fear on a particularly fast loop it might actually prove even worse.

Firing up the RSV4 R of a morning provides a modest amount of auditory foreplay but once first gear is selected a butterfly valve in the exhaust deepens the tone into a much huskier and more menacing timbre that threatens to lead to a premature climax.

While the Aprilia feels miniscule from the seat geometry measurements show that it’s not quite as small as it feels. The Aprilia actually rolls on a slightly longer wheelbase than Yamaha’s comfortable and spacious YZF-R1. The Italian machine in RSV4R form is no lighter than most of the established class peerage and is actually heavier than quite a few. The higher specification RSV4 Factory with its lighter rims and higher quality suspension tips the scales back in Aprilia’s favour. At $9000 more than the RSV4R, so it should.

In the mountains the RSV4R needed a little more steering effort than I would have expected but turned nicely and held a line beautifully. It also proved fairly rock solid over bumpy sections that would have some of its peers getting quite flighty. Plenty of weight over the front end thanks to a forward bias to the riding position helps calm the show with able assistance from a Sachs steering damper.

The Brembo monobloc brakes provide good feel and work well with the firm tune of the front suspension and accurate steering to make the Aprilia a demon on the picks. A slipper clutch also helps the RSV4R maintain its composure under brakes and is smooth in operation.

Aprilia have always produced their frames with a highly polished finish and the RSV4R is no different. The only black mark against the bike in the detail stakes really is a clutch lever that looks as though it could have come off a Chinese budget bike. Everywhere else however Aprilia’s attention to detail is impressive.

Despite its Italian heritage and already proven race pedigree the Aprilia is really quite easy to ride. A 600 Supersport-like riding position and feel, accurate steering and superb throttle response inspires plenty of confidence. For riders of average skill levels this translates to easy speed. Gun pilots can probably utilise the extra top end power of the BMW or mid-range thrust of a Fireblade to better effect, but for us meagre mortals the Aprilia offers very accessible performance with an extra dose of exclusivity thrown in to make for a very attractive package. 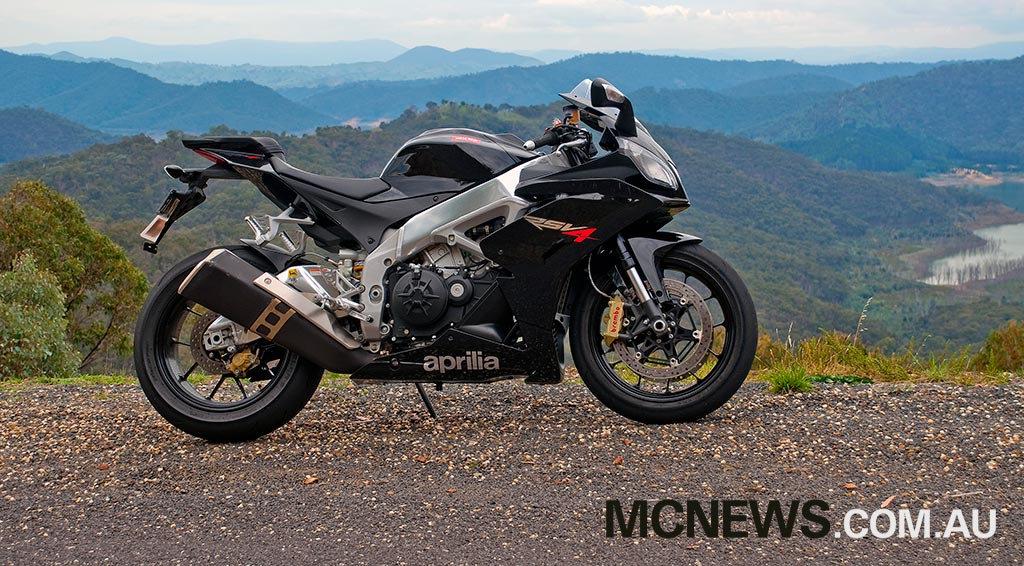