Boris talks the running of the Red Bull | Twitter Wars

Boris talks the running of the Red Bull

Now that, friends and relatives, was a motorcycle race. Races decided on the last corner of the final lap are the ones that enter into MotoGP legend, and this one certainly qualifies. 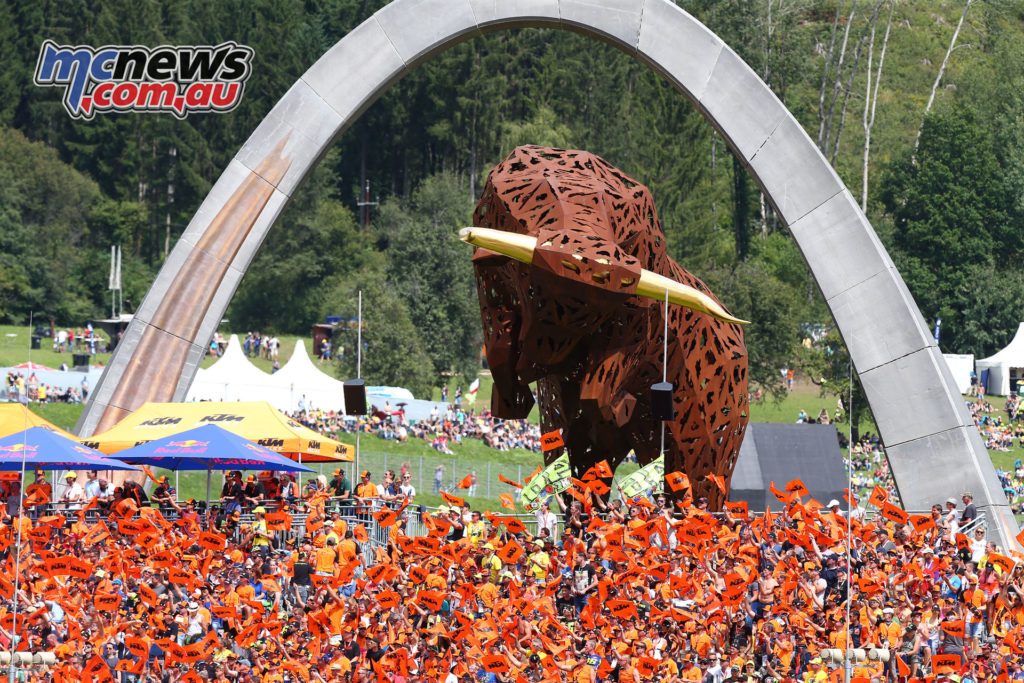 When Lorenzo took off like scalded cat and gapped the field by a second by the end of the first lap, I could just see the Ducati techs high-fiving each other in the pits. Clearly, their new fairing was pleasing to the Mamba, and off he went. 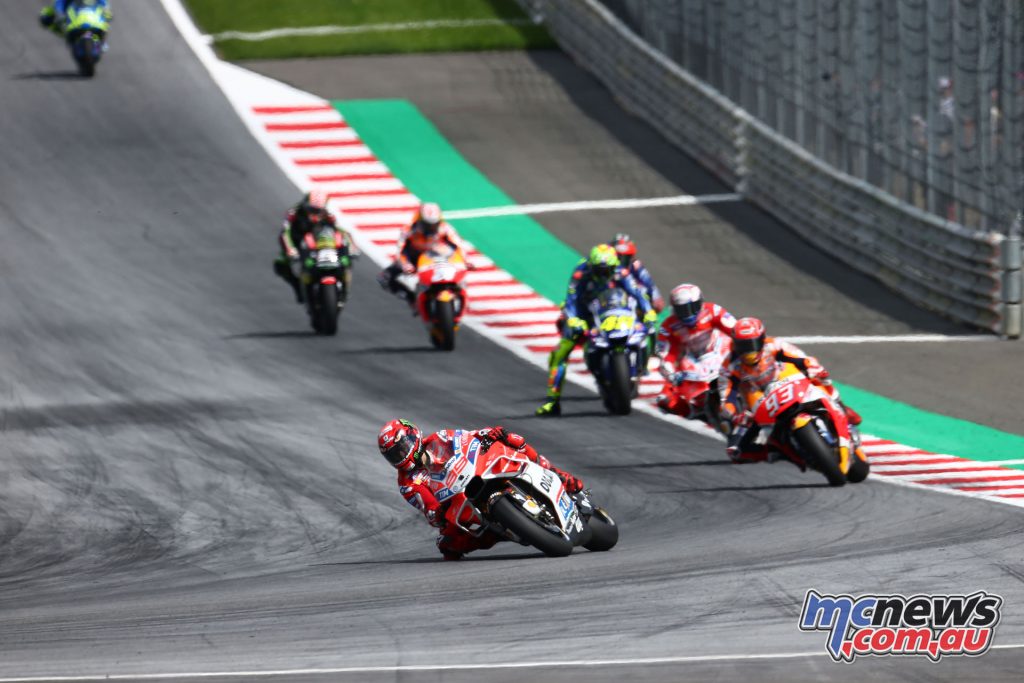 Lorenzo had qualified third on the grid, had a new helmet called El Diablo on his head and rumour had it he was saltier than an anchovy for Austria’s Red Bull Ring. And, if he was going to win anywhere, it was going to be here – at the fastest track on the calendar. 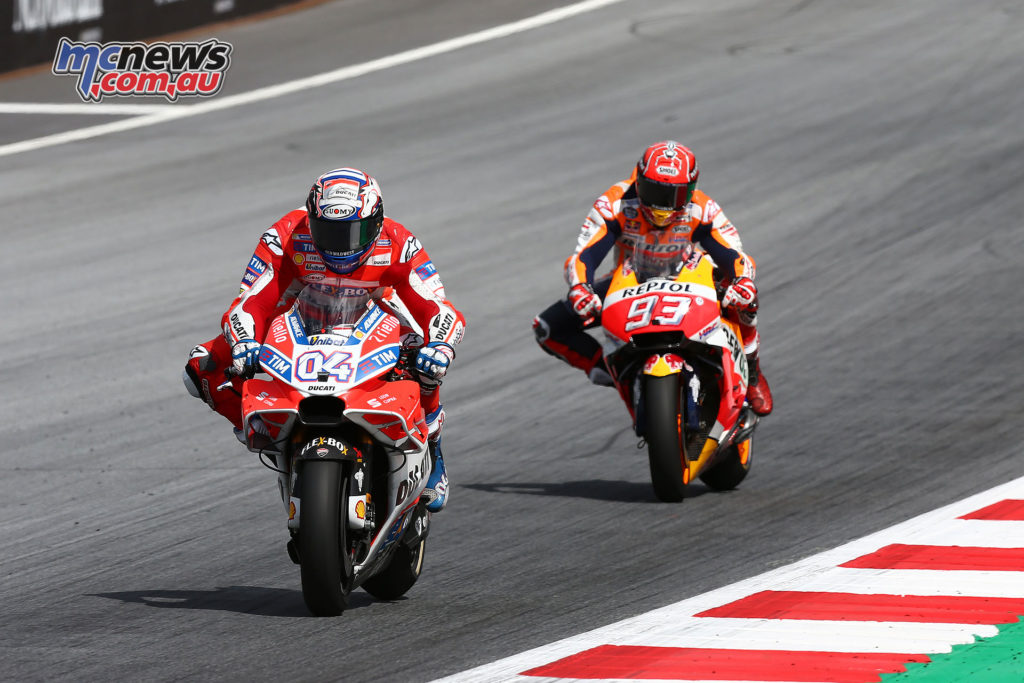 Ducati owned the place last year, with Iannone and Dovizioso using the massive top-speed and acceleration of their bikes to hammer out first and second respectively. Dovi was gutted with his second place in 2016, and he looked pretty salty himself this year, sitting in position two on the grid.

Marquez was on pole. Again. Behind the top three, sat Vinales, Petrucci, Zarco and Rossi – who had been complaining of flu-like symptoms all weekend. 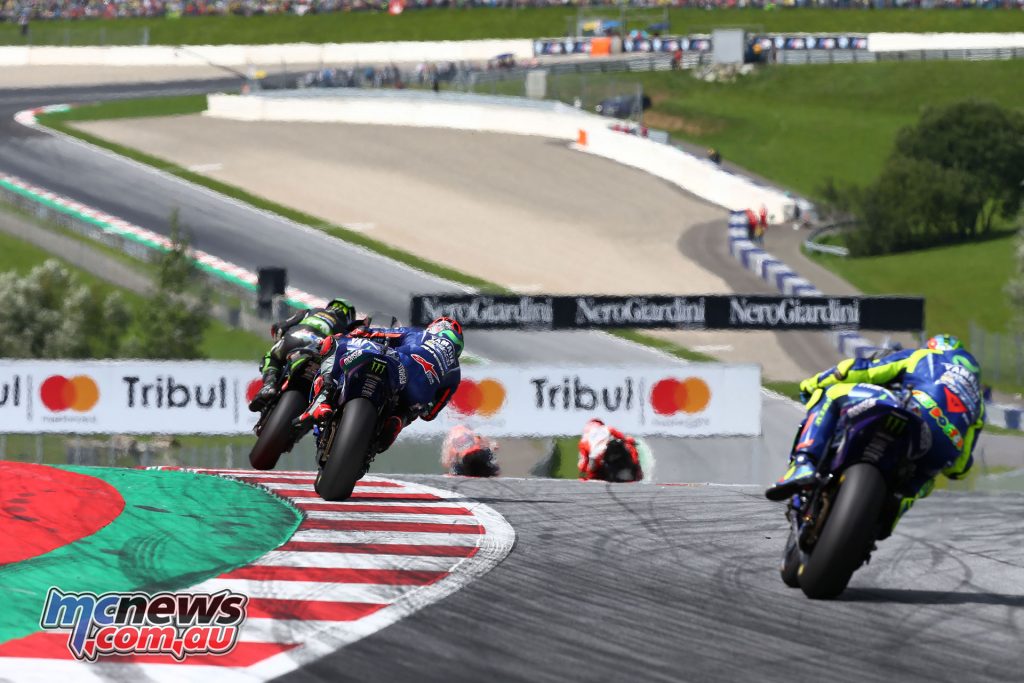 Rain had been threatened, and to add drama to the event, Cal Crutchlow and Asparagus A had declared they would not race if it did because the walls were too close, and braking from 300-plus could be problematical, as the support classes showed in qualifying. 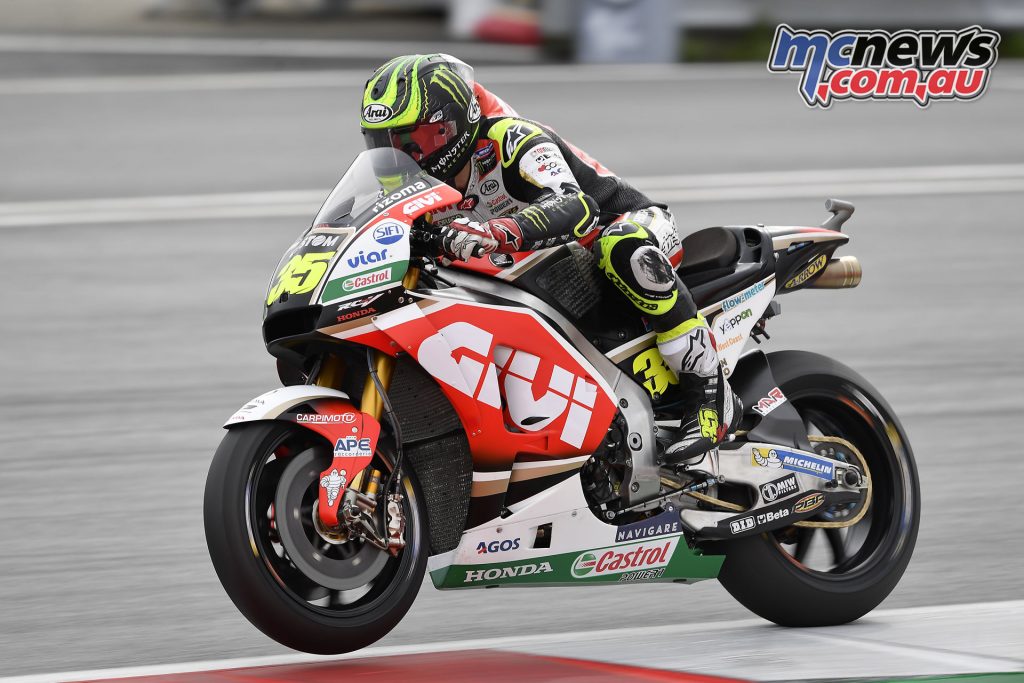 This prompted Josh Brookes to respond to Asparagus A’s Twitter post by sending him a picture of a dress and telling him he should step aside and let someone who wanted to race have a crack.

A brief Twitter war of handbags followed, with Aleix responding that he was faster in the wet than Brookes was in the dry, and it was easy to criticise from the sofa. It was glorious. It made me wish social media was around back when Biaggi and Rossi were beating each other up in Parc Ferme. 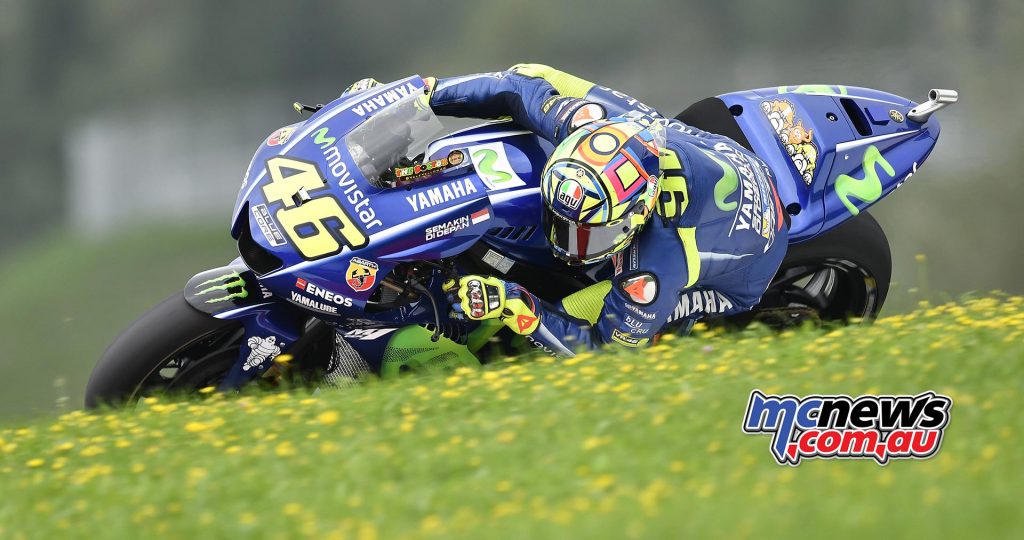 The race turned out to be dry, and when the red light went out, it was all Lorenzo. Marquez, Dovi, and Rossi were a second adrift, followed a few bike lengths back by Vinales and Pedrosa.

Petrucci had jumped the start, Aparagus P had rammed a Ducati, removed his rear brake and would retire in three laps. Petrucci, Miller and Folger also ended up watching much of the race from the pits. 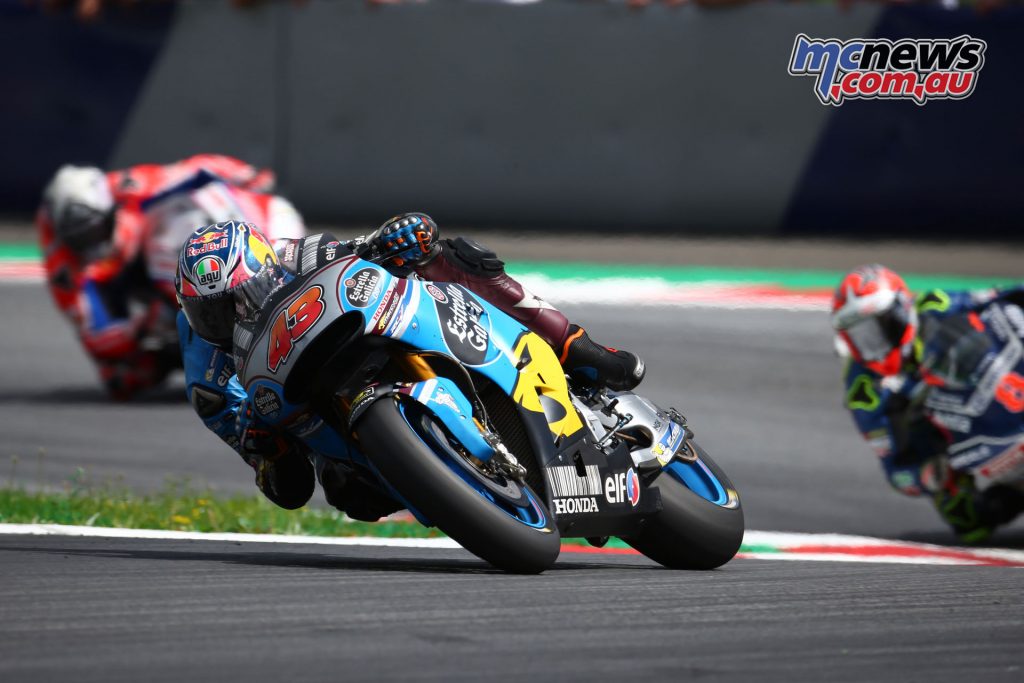 Marquez had been frying his stoppers in practice and qualifying, and was having his brakes bled on the grid, so a casual observer could be forgiven for thinking the Red Bull ring was truly Ducati’s playground, with both the factory Hondas and Yamahas having to play second fiddle to the Bologna blasters. And for eleven laps that’s pretty much what happened. 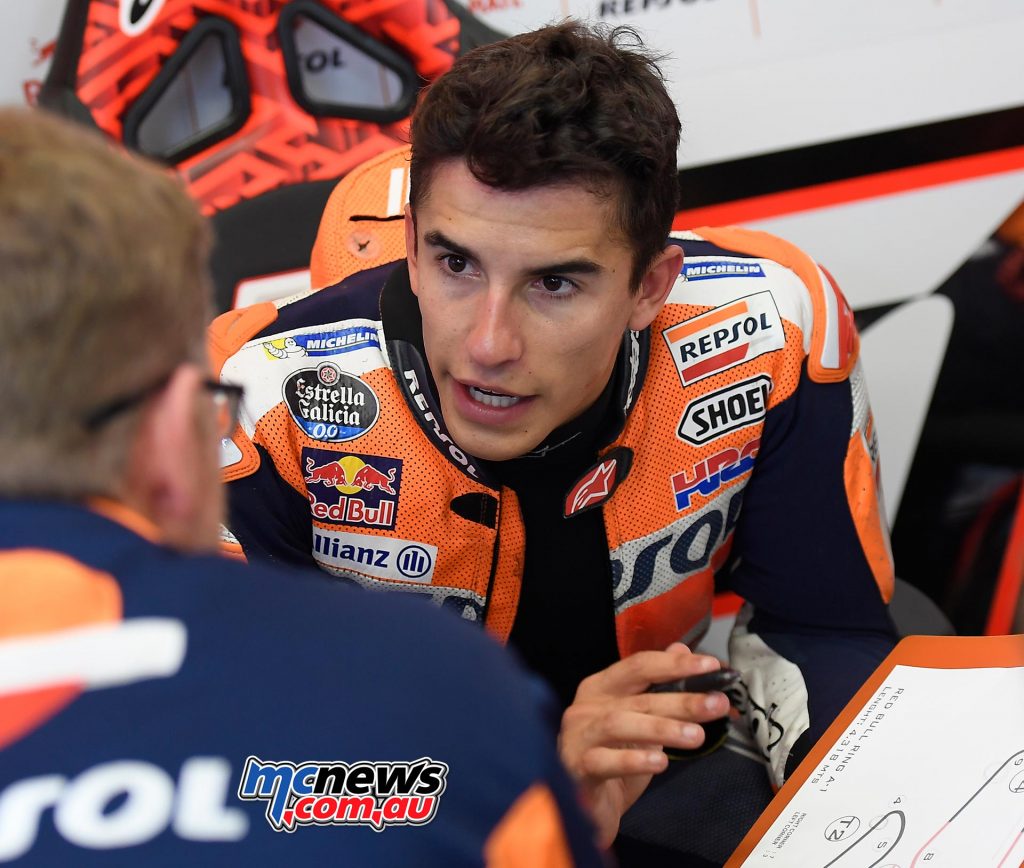 But Lorenzo, try as he might, just could not gap the blokes chasing him. He was never really more than a second ahead, but then the freight train behind him started to close up. Marquez, Dovi and Rossi (now the quickest rider on the track), were not about to hand Lorenzo the race. 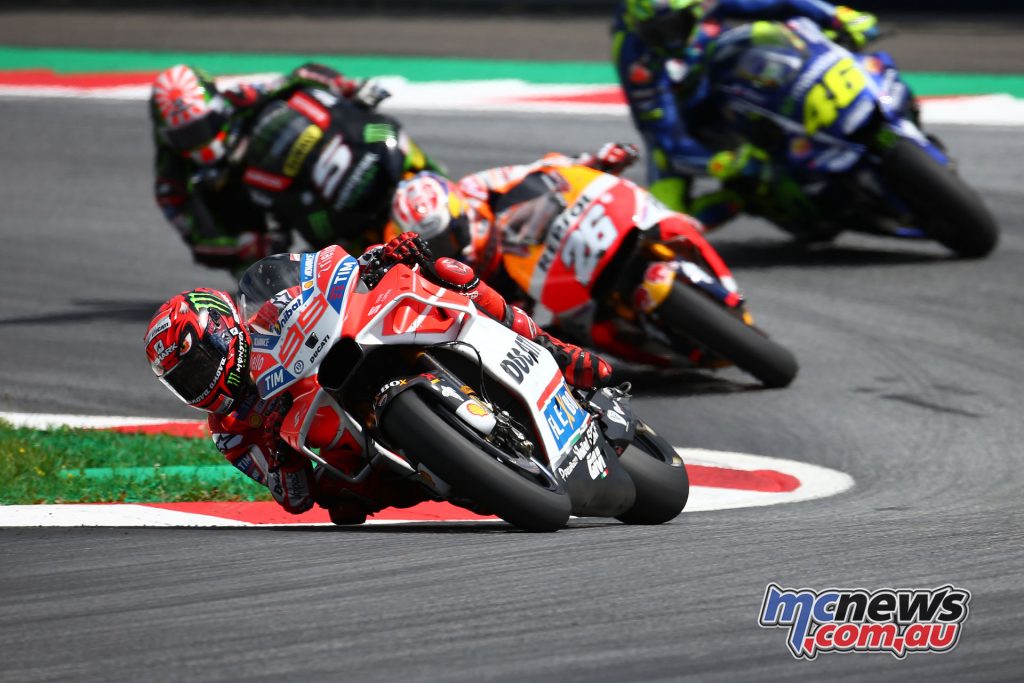 Behind them, Vinales ran himself wide trying to keep up and lost two places, and now Zarco started to make his bones behind Rossi.

Midfield, Mika Kallio, KTM’s development rider was developing the hell out of his KTM and shoving it manfully into tenth place – which is the right thing to do at KTM’s home track. 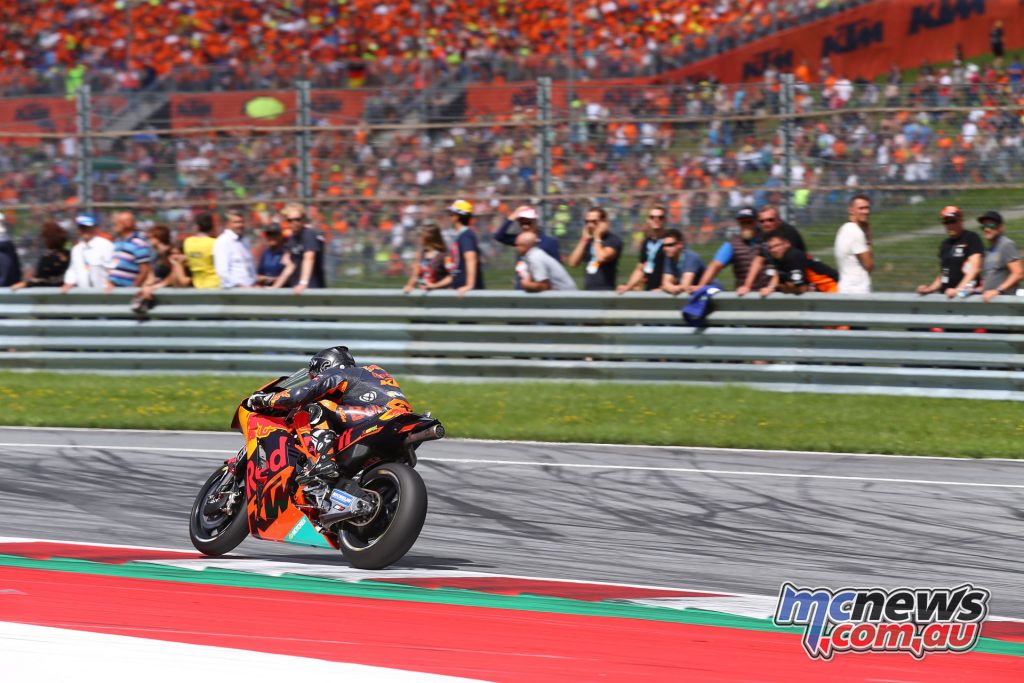 Lorenzo’s dash was done by lap eleven and he started to fade back, allowing Marquez and Dovi to start contending for first place.

A bunch of stuff happened on the next two laps. Pedrosa made an effort and heaved himself into fourth behind Lorenzo, Rossi went backwards into sixth (and the clutches of Vinales) after over-cooking a corner, and Marquez and Dovi started lapping about eight-tenths a second faster than everyone else. 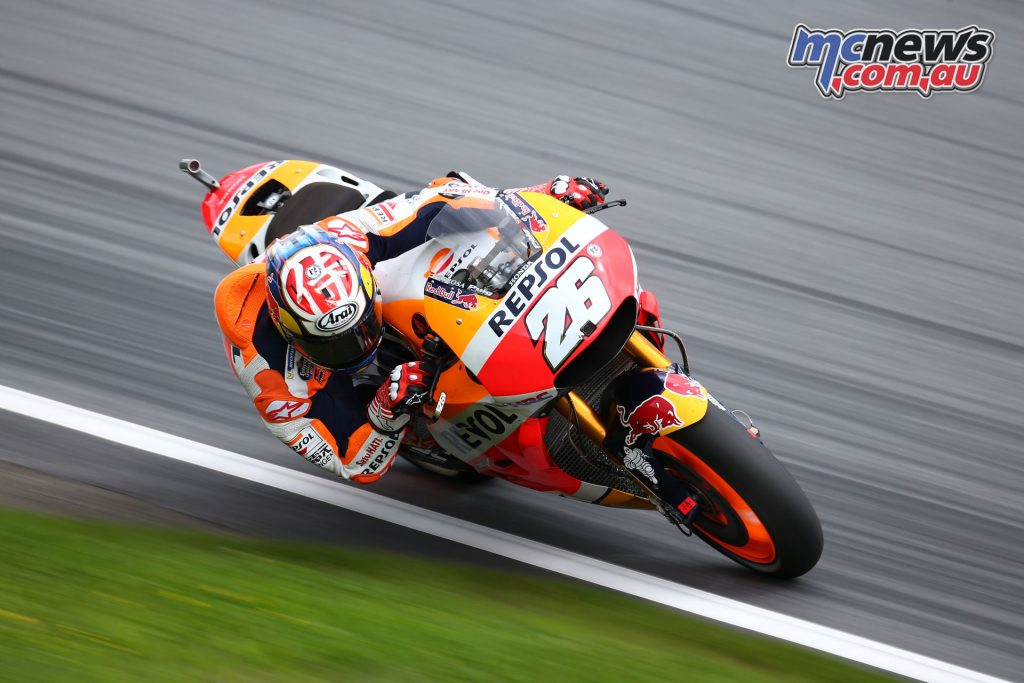 Lorenzo was passed by Pedrosa, and Dovi, clearly the saltiest Ducati on the track, finally passed Marquez on Lap 17. Marquez passed Dovi two laps later and Dovi passed Marquez the following lap. Dani was over a second behind them, and Lorenzo was riding all by himself in fourth a further three seconds behind his fellow Spaniard. 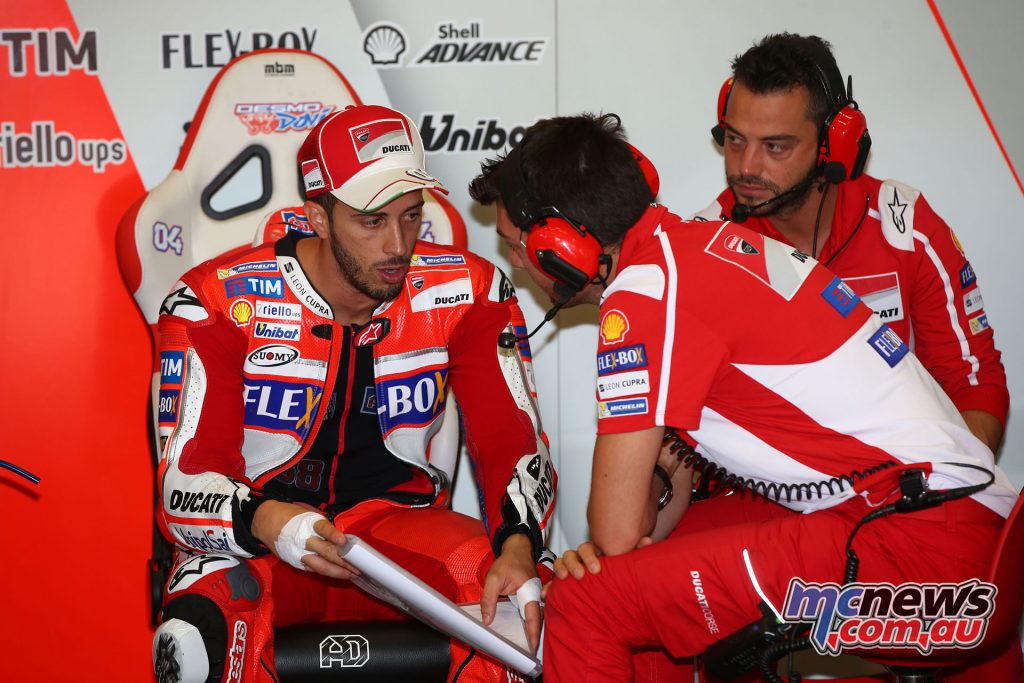 It was all Dovizioso and Marquez at the front – and what a battle it was. Dovi led, but Marquez hunted him like Ahab after his whale. It was edge of the seat stuff. You knew that Marquez would try a pass before the end of the race. He actually executed several on the last two laps, but each time Dovi fought back and reclaimed the lead. 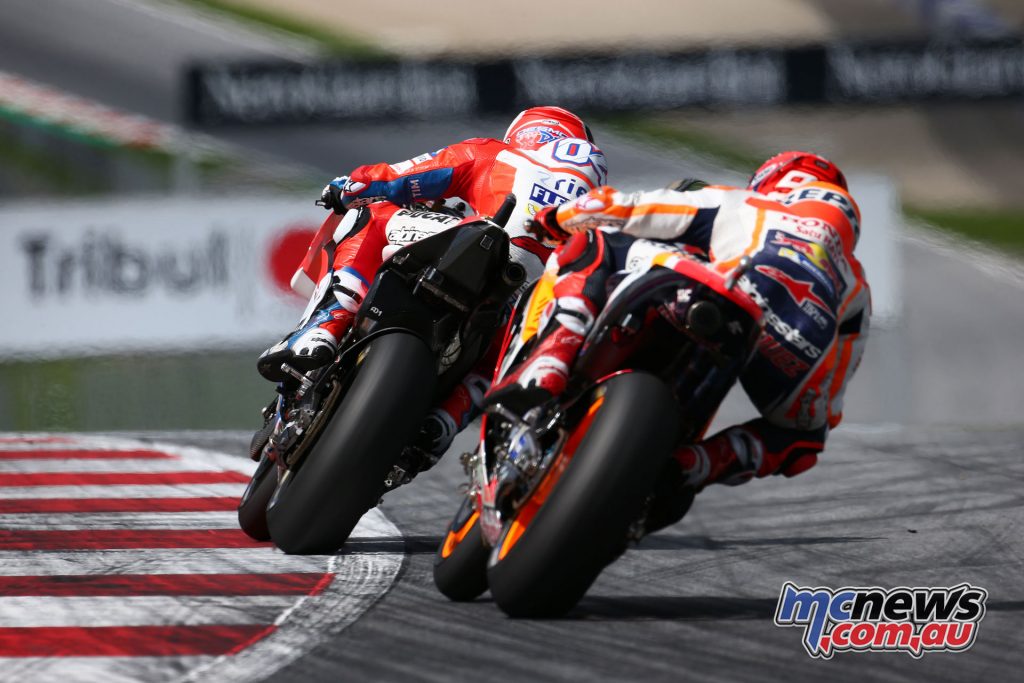 And so he did try it, on the second-last corner, he went around the outside of Dovi, but couldn’t turn it hard enough, and Dovi led into the last bend. So Marquez shoved it up the inside, sailed straight across Dovi’s front wheel, locked everything up on his bike, straightened it up (somehow) on the ripple strip, and still ceded the race to Dovi, who gave him a friendly wave as if to acknowledge the attempt. 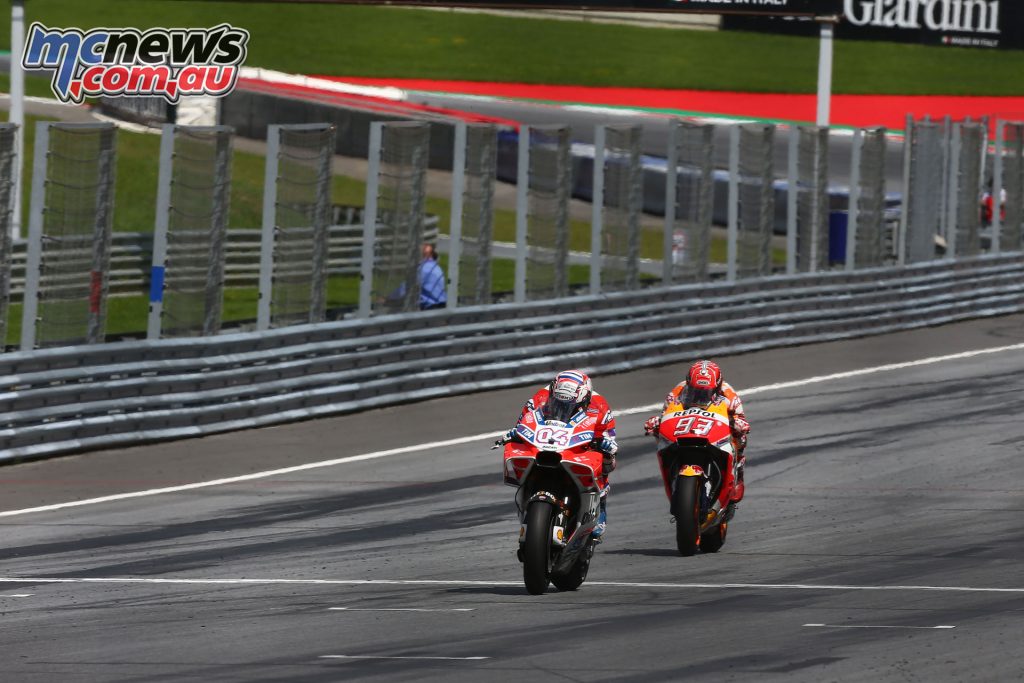 Well, maybe not so friendly. Hostilities recommence at Silverstone on the 27th. I can’t wait.