Motorcycle shipping from Australia to Europe

After last year’s intrepid odyssey around the UK on Triumph Explorers, this time around for 2019 it was to be a somewhat back to the future expedition on early model Honda Fireblades.

Get Routed specialise in shipping motorcycles to Europe and thus arranged to ship two of my early CBR900RR machines to the UK ahead of the 2019 Isle of Man TT.

Thus the peregrination for the Fireblades started a long time before our own globe-trotting got underway. Of course the bikes were sent by sea, while ours was a very much quicker journey by air.

There is some paperwork that needs to be filled in some weeks prior to shipping the motorcycles but no actual paperwork required on the day. The most important requirement is the ‘Vehicle Import Application’ from the Australian Government. That’s right, despite the bikes being originally sold in Australia, and currently licenced in Australia, you need to fill in forms in order for them to be allowed back in to the country.

Thankfully this is largely facilitated on-line but still requires you to register an account with the Department of Infrastructure, Transport, Cities and Regional Development. You will need a scan of your identification documents, be that a drivers lience or passport, and your account approval may take a couple of days. Then the Vehicle Import Application can commence. For which you will require clear and legible photographs of the ADR identification plates on your motorcycle, ensure the VIN number is easily read along with the relevant ADR approval numbers.

You will also need a copy of the registration documents for your motorcycle. It makes it easier if you have digital copies of these documents to upload with your on-line application. It costs around $50 and both requests for further information or approval documents are provided via email. You should then forward your approval documentation on to Dave in order for him to have the motorcycle released by customs when they arrive back in Australia.

Get Routed provide information sheets that help walk you through all the processes required ahead of the shipping. I must admit without their guidance I would have been well lost, red tape and me don’t mix all that well…

There was surprisingly not much preparation required for the motorcycles before they were checked in at a Spotswood freight depot on February 28.

Meeting us at the depot was Get Routed proprietor Dave Milligan. Get Routed have been shipping bikes around the world for over 20 years. The destinations specialised in range from just across the ditch to Christchurch (New Zealand), Barcelona (Spain), Athens (Greece), and the most common option which is the seaside town of Felixstowe in Suffolk, England.

At Spotswood they were tied on to their individual shipping platforms before being placed in the container by fork-lift.

Felixstowe is where the bikes were waiting for us after we flew out of Melbourne on the morning of May 18. By this time our bikes had been stored at a Felixstowe storage depot for three weeks, and thus had arrived in the UK around two months after we dropped them off in Melbourne.

As a precaution we had disconnected the batteries on the Fireblades and taped up the terminals before they went into the container. Dave’s right-hand-man at Felixstowe, Mike Smith, then saved us a bit of time by re-connecting the batteries for us a few days prior to our arrival.

The bikes still had a small amount of fuel in the tanks for the trip, enough to get us to a service station outside the docks and recoil in horror once again at the price of fuel in the UK, which is approximately twice what we pay in Australia.

We had also saved some hassle by fitting the Oxford tank-bags and tail-bags to the Fireblades before they left Melbourne, already filled with our gear ready for the trip. We had also put in a gear-bag with our touring suits and helmets in the container so we could fly in without having to cart a heap of luggage.

Insurance in the UK and Europe is mandatory. This can prove extremely problematic via most insurance companies but Get Routed put us on to a German insurance company and the process was largely painless.

Travel Insurance is also something you of course need to consider prior to any journey. This can be a minefield while travelling by motorcycle. Those policies which say they cover motorcycle use, in the fine-print restrict that to 50 or 125cc maximums. Even some policy options where you tick a box for extra motorcycle cover that also in the fine-print restricts engine size to 125 or 250cc. Dave can also put you on to travel insurance companies that come recommended.

Your bikes will need to be washed before returning them to the Felixstowe depot for their return journey. Otherwise Australian customs might end up washing them for you and charging you a hefty fee in the process.

The cost for the motorcycle shipping service to the Felixstowe depot in the UK is $3950.  To have your bike dropped off and picked up from Athens or Barcelona is $4225 for a standard sized motorcycles less than 2.3-metres long, which includes bikes such as BMW’s R 1200 GS.

There are no problems or extra costs with having your bike shipped to one of those ports, and then picked up from the UK port. Thus you could pick up your bike in to Barcelona or Athens, and then drop it off in the UK after your extensive tour of mainland Europe. Get Routed also have shipping packages for people that wish to attend the Isle of Man TT, these are inclusive of hard to get ferry tickets for you and your motorcycle to the Isle of Man, plus 14-nights accommodation on the Isle of Man across the TT fortnight.

Check out www.GetRouted.com.au for more information and/or ask for Dave himself on 03 5625 9080 as he is the main man in the know for this motorcycle shipping business.

Bike Reviews Adam Child - April 9, 2020
Harley-Davidson LiveWire What is it like to ride? By Adam Child The LiveWire I’ve been riding and racing...

Features Adam Child - April 9, 2020
How to take a pillion on your motorcycle By Adam Child For some the very idea...

Features Phil Aynsley - April 9, 2020
Laverda OR600 Atlas With Phil Aynsley Laverda had quite a history of producing off-road bikes over... 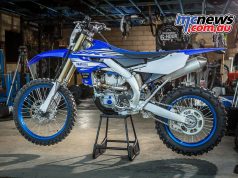 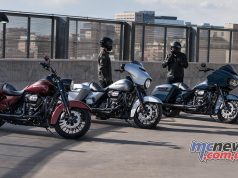 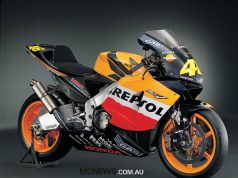