Honda Motor Europe has announced an exciting two-rider line-up for its 2017 Road Racing assault at the North West 200 and Isle of Man TT in the Superbike classes. Re-signing for the Honda Racing team is TT legend John McGuinness, who will be joined by Guy Martin on the all-new Honda CBR1000RR Fireblade SP2. 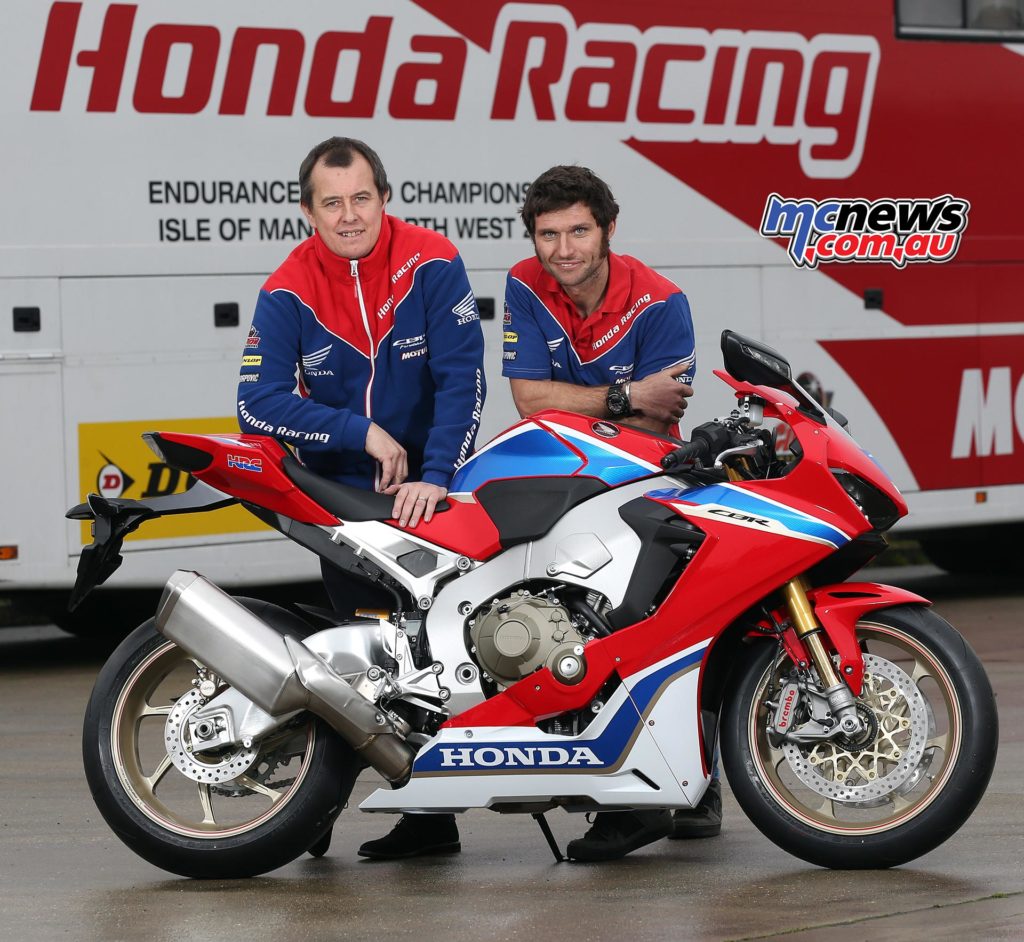 Guy Martin will once again take his place on the grid at the IOM TT, Northwest 200 and Ulster Grand Prix as part of his surprise new deal with Honda Racing. The 11-time MCE Ulster Grand Prix winner and TV personality hasn’t raced since his crash during the Dundrod 150 Superbike race in 2015, spending 2016 pursuing other interests, namely the 2,745 mile Tour Divide across America and his Land Speed World Record attempt. Before his crash in 2015 Martin was the looking like the man to beat around Dundrod, taking a double pole position in practice and achieving a best lap time of 133.176mph.

Making his return to racing after a year away, fan favourite Martin will form a formidable team with McGuinness and the brand new Fireblade SP2 on the roads. Martin has enjoyed huge success on the roads during his career securing wins at various races including the Ulster GP, Scarborough Gold Cup, Armoy, Cookstown and also the Southern 100. He has also stepped onto the TT podium 15 times and will be chasing his elusive maiden TT win with the Honda Racing team.

“Neil [Tuxworth] has been talking to me for a while about joining the team, but I had a lot of thinking to do before I committed and said yes. I spent a lot of time on my pushbike to and from work, thinking about what to do. I didn’t want to grow old regretting not giving the Honda a go, and the more time passes since making the decision, the more I’ve thought it is the right decision. Honda is a great team and the Fireblade has always been a weapon on the roads, so with the new bike, I‘m keen to give it a go. We’ve got a busy testing schedule coming up and I’ve put some other stuff off to make time. John [McGuinness] is the man, I’ve got massive respect for him and I’m looking forward to racing on the Fireblade against him.” 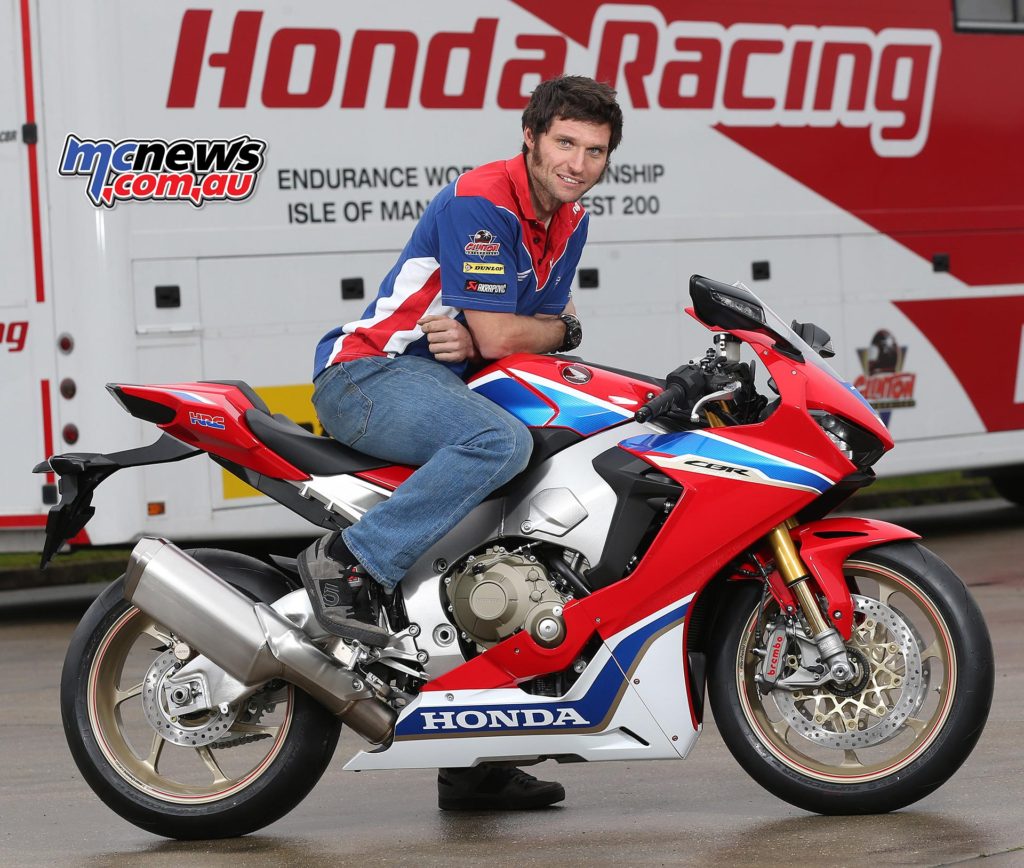 Meanwhile, McGuinness will be looking to add to his impressive tally of 23 TT wins, and riding the new Fireblade SP2, will also be aiming to recapture his lap record which was broken during last year’s race.

The Honda CBR1000RR Fireblade is the most successful 1000cc machine ever at the Isle of Man TT and Honda aims to add to its remarkable record with the new SP2 version, which is the ultimate expression of the Fireblade’s Next Stage Total Control concept.

The SP2 is a road legal homologation special based on the Fireblade SP that is specifically developed for racing and features a revised cylinder head with larger valve sizes and lightweight Marchesini wheels for even greater performance. The all-new Honda CBR1000RR Fireblade SP2 will make its road racing debut at the North West 200 in May.

“I’m back with Honda for another year; really I’m part of the family, and I can’t wait to see what the new Fireblade SP2 can do! I know the old model like the back of my hand and have taken a lot of my TT wins with the old girl, so I can’t wait to get out on track and try the new machine out. I have a good feeling about this year and think we have a really good package to show that we mean business. I of course would like another TT win and I would quite like my lap record back! I always say when it’s broken that the lads are just borrowing it and I hope this year that this is the case. I am sad to say bye to the old Fireblade; I have a lot of history and good memories with that bike, but testing the new model can’t come soon enough and neither can the race season. I’m excited to have Guy as my new teammate; we’ve enjoyed many a racing battle over the years and I’m looking forward to seeing what we can both do.” 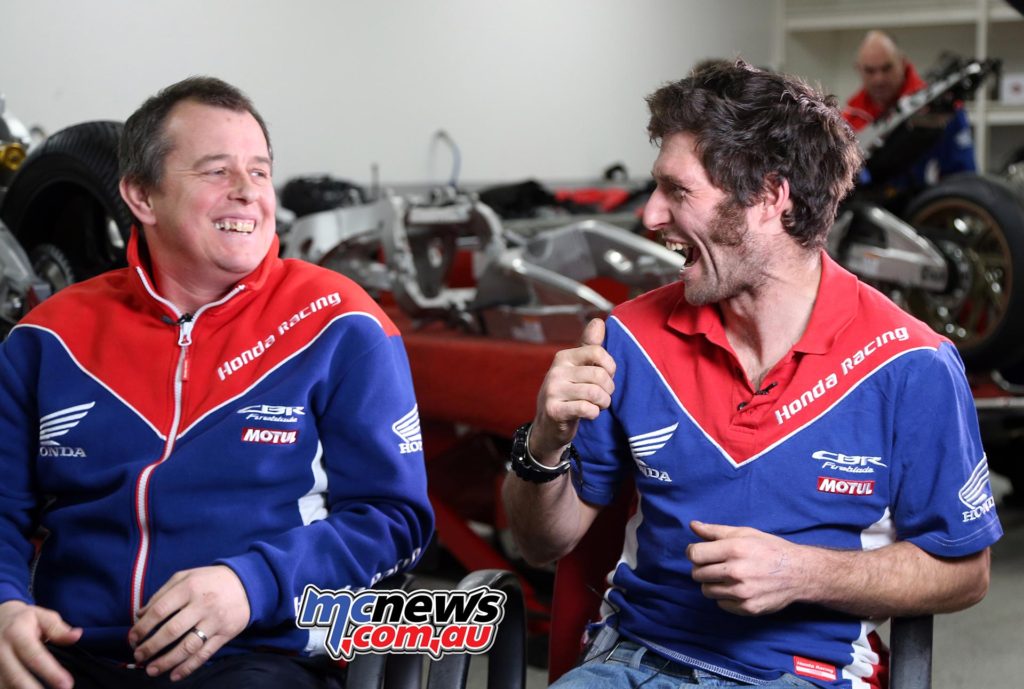 “We have two new members joining the Honda Racing team this year with Guy signing and the new 2017 Honda CBR1000RR Fireblade SP2. John is part of the furniture really, but it’s great to have him back with us for another year – it wouldn’t be the same without him! I really feel with Guy and John, and of course the new Fireblade, that we have a strong team ready to tackle the roads this year. Guy is hungry for his first TT win and John wants another and his lap record back, so this mixed with the new CBR1000RR means we should be in for some exciting racing action. The new Fireblade SP2 is so important to the team and also Honda and it’s vital we continue its legacy at the TT and add more to its 23 wins. We’re all looking forward to testing and I think everyone from the riders and the team are all excited to get on track and put the new machine through its paces.” 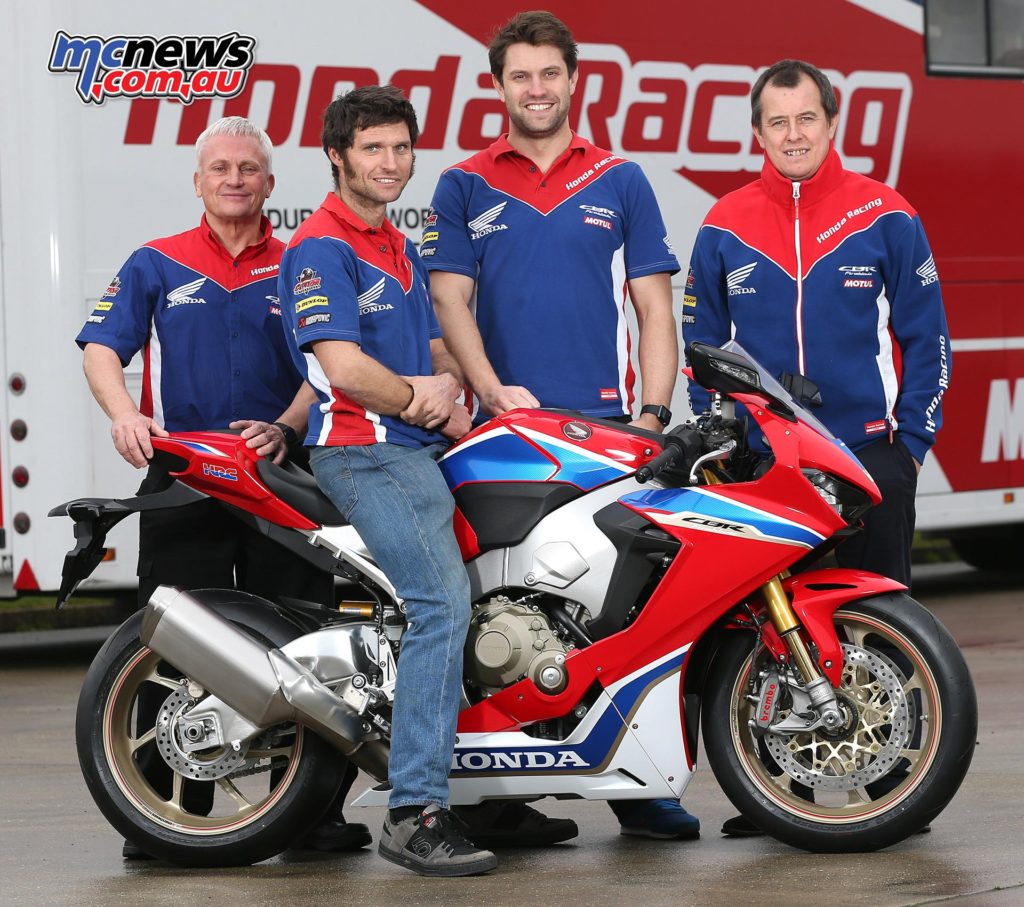