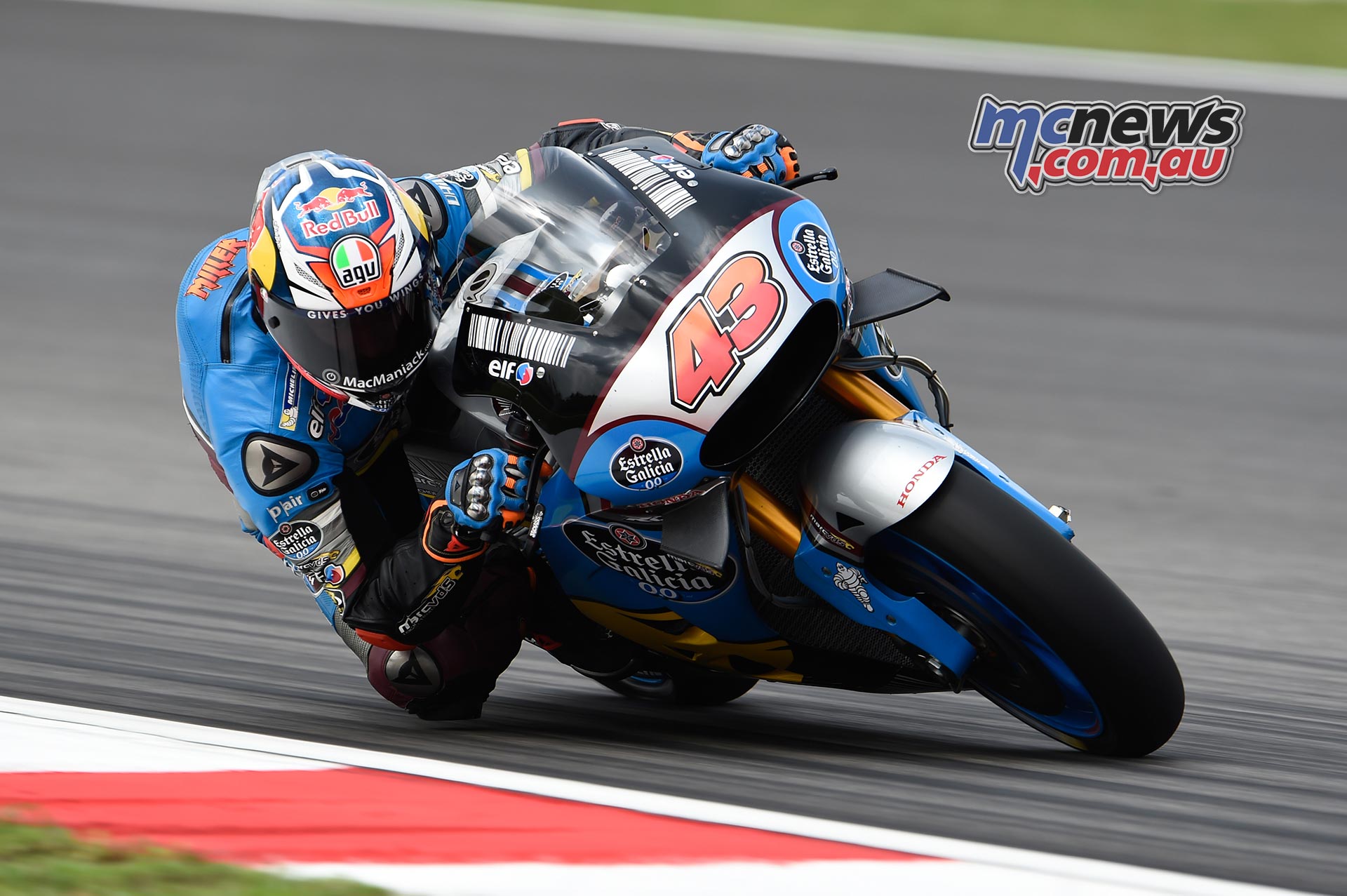 A 2016 MotoGP World Championship campaign ram packed full of contrasting emotions and fluctuating fortunes for Team Estrella Galicia 0,0 Marc VDS draws to an exciting climax in Valencia this weekend, with Jack Miller aiming to close the season on a high note.

The 4km Ricardo Tormo Circuit is the traditional host for the final competitive action of the year, with Miller eager to bring the curtain down on his second season in MotoGP by scoring a third successive top 10 finish for the first time in his premier class career.

Miller’s season has been one dominated by a catalogue of unlucky injuries, but the 21-year has displayed phenomenal strength of mind and character to bounce back from adversity.

Now back in peak physical shape and his confidence boosted by a 10th place finish in Australia and an excellent eighth in Malaysia, Miller’s clear goal this weekend is to put his Honda RC213V machine into contention for the top 10 again on a track he was victorious on in Moto3 back in 2014.

Miller has certainly played a big part in a historic and record-breaking season, with a sensational splash to success in a wet Dutch TT at Assen meaning the Australian is one of nine different winners in a season that will live long in the memory of those privileged to witness it.

“It’s been good to get back to my base in Andorra after a pretty hectic overseas trip and have some time to get back out on the bicycle again, which I’ve missed. I can take a lot of positives from the last two races in Australia and Malaysia and I’m looking forward to this weekend in Valencia, where I’m keen to finish the season on a high note before getting back to testing on Tuesday ready for the 2017 season.”

“In one way it’s been a long season, but in another it’s gone by in the blink of an eye. What is certain is that it’s been a season of ups and downs. Jack’s injuries have meant he’s sat out a lot of races, but then his victory in Assen meant we were the first independent team to win a MotoGP race in a decade, which was a definite high point. For Tito the step up from Moto2 to MotoGP has been a difficult one, much more difficult than he was expecting and that’s taken its toll on his confidence. What both Jack and Tito need this weekend in Valencia is a good result with which to end the season, so that they start testing for 2017 on Tuesday with their confidence high.”

The tight and twisty Ricardo Tormo Circuit close to the vibrant city of Valencia was the scene of Rabat’s final Moto2 World Championship victory one year ago, and he is hoping to use past glory as a platform to end his rookie MotoGP season with a return to the point scoring places.

Despite a tough recent run, Rabat’s focus and commitment has never wavered and he is determined to register his 10th top 15 finish in a 2016 that has been a steep learning curve for the Spaniard.

Miller and Rabat will get little time to reflect on 2016, as they will both kick off their 2017 World Championship preparations when testing for next year’s MotoGP battle commences in Valencia next Tuesday.

“Valencia is always a track that has given me a good feeling and it was special to finish my time in Moto2 last year with a victory. It is going to be interesting to understand the progress we have made because it was in Valencia one year ago when I did my first proper test on a MotoGP machine. I hope to go there and be competitive and finish the season with a decent result to take into the winter. I think the Honda will work well in Valencia now because the bike has become more manageable. Like always I will be giving my maximum and trying to put on a good show for the fans.”