The 30-lap race at the Ricardo Tormo Circuit completed a roller-coaster season for Miller with the thrill of his maiden MotoGP victory in Assen combined with some debilitating injuries.

The gritty Australia rider expected more from the final race but struggled with grip and shifting issues and was unable to improve upon his starting position of 15th on the grid.

Miller lost ground early on with a full tank of fuel and conceded a gap to the group of Scott Redding, Stefan Bradl and Danilo Petrucci in the battle for 12th place.

A single championship point in the final race of season gave Miller a tally of 57 points for the season and 18th in the standings.

Preparations for the 2017 season begin at Valencia on Tuesday with Miller and Rabat scheduled for the end-of-season two-day test.

“This is not the result I wanted but I struggled right from the beginning of the race with a full fuel load, I just couldn’t push as hard as I wanted. The guys ahead got a gap and by the time I got some pace mid-race it was too late. Towards the end I struggled with wheelspin and also the downshifts into turn one. But I’m happy to bring it home in the points and go to the test on Tuesday and try some new parts for next year.

“Our bike tends to struggle a bit with traction out of the slow-speed corners and Valencia has plenty of those, so it was probably no surprise that we couldn’t keep the top 10 run going after Australia and Malaysia. I made an OK start and got past the Pramac Ducati guys (Scott Redding and Danilo Petrucci), but that wasn’t going to last for long with the speed those Ducatis have down the straight, you could see that up towards the front with Vale (Valentino Rossi) not being able to keep (Andrea) Iannone behind him, that thing is like a rocket. But I was able to keep 15th and Eugene Laverty (Ducati) behind me more or less for the last 13 laps, and it was good to get another point.

“I ended up finishing in the points seven times this year compared to six last year, so that probably doesn’t sound like a massive improvement in some ways. But compared to last year, I feel like I’ve taken a step up and become a different rider, a better one too. Yes, there was the win at Assen and all of that, which was amazing and something that will always be the first thing I think of when I think of 2016.

“But we had strong pace in some other races too, I was right up there at Sachsenring, which is a track I really like, I was fast right through the weekend in Austria before I came off in warm-up and hurt myself, and I was in a big fight with a lot of the guys when I came 10th at Phillip Island, so there were times when we were really strong.

“The other thing that will always be in the front of my mind about this year was being injured all the time, which sucked of course. I never really felt like I got a good run with it, right from when I had my motocross accident before the season started and messed up the pre-season. I hated missing races too – just ask the team, they’ll tell you that! – and only doing 13 out of the 18 races was a shame. That’s a big priority for the off-season when it eventually comes, get healthy again and get back to 100 per cent before we get into 2017. I feel like I’ve been dealing with various things all year, so it’ll be a relief to get back to proper fitness again.

“That off-season doesn’t last long, we’re back testing on Tuesday for the 2017 season which is always a bit weird two days after you do your last race of the season before. You’re back at the same track with the same garage and a fair few less people, and you know that everyone will be looking at the guys like Jorge (Lorenzo), Maverick (Vinales) and the others who are changing teams. We’ll do our job and keep it pretty low-key, I think. We have a test at Jerez too, and then I need to get my foot looked at, get the plates taken out of it. We have a team wrap-up in Belgium for Marc VDS, then it’ll be time to come back to Australia for some warm weather in early December for a while before we hit the pre-season training hard for 2017. I’ll be pretty hungry for it by then.

“The support from home this year has been pretty incredible really, so hopefully we can have a better year next year and keep moving forwards.” 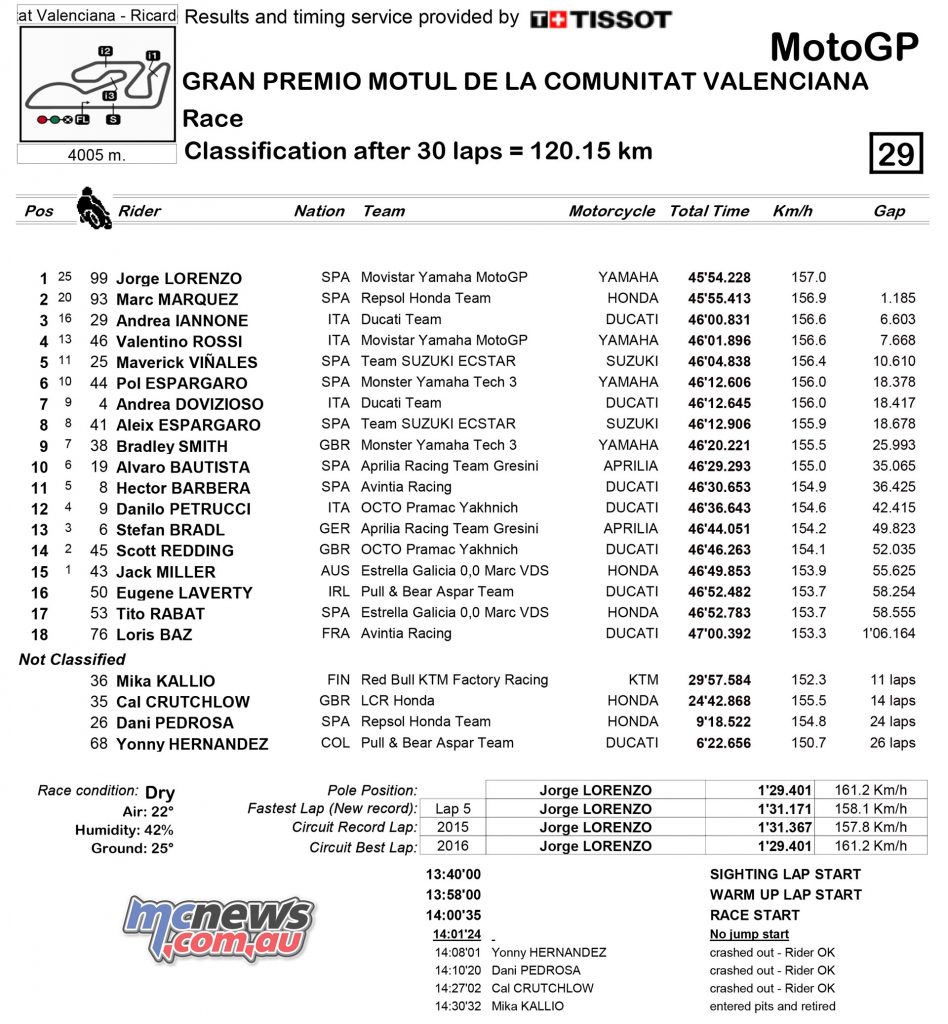 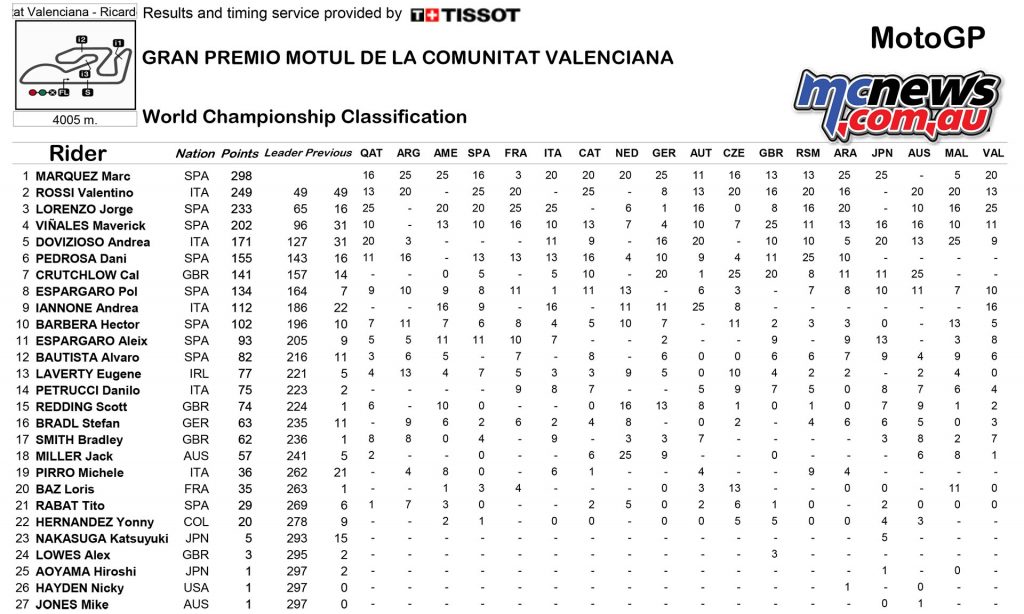 Quotes from Jack Miller via MarcVDS and Red Bull