The Movistar Yamaha MotoGP team returns to Spain this week for the 2016 MotoGP World Championship finale, the Gran Premio de la Comunitat Valenciana, with the third place in the Rider’s Championship and the Team’s and Constructor’s Titles still up for grabs.

Lorenzo arrives in his home country determined to keep the pressure on to take third place in the championship rankings at his final race for Yamaha. The Mallorcan joined the team in 2008 and has shown his strength at the Ricardo Tormo circuit on more than one occasion. Highlights of his successes with the YZR-M1 at the Valencian circuit are premier class victories in 2010, 2013 and 2015 (securing the 2015 World Championship title) and a podium with a third position in 2009.

“The season is almost over and finally we arrive to Valencia, where I have some good memories, especially last year when we were able to achieve our goal and become World Champion again. Valencia is going to be a very special race for me because after nine years with the Yamaha family I have to say goodbye and it won’t be easy. I had a lot of good feelings with Yamaha and together we won a lot of races and titles I would like to finish this season in the best way possible and that’s with a victory, so I will do my best to try to win in Cheste and I will try to secure third position in the championship as well.” 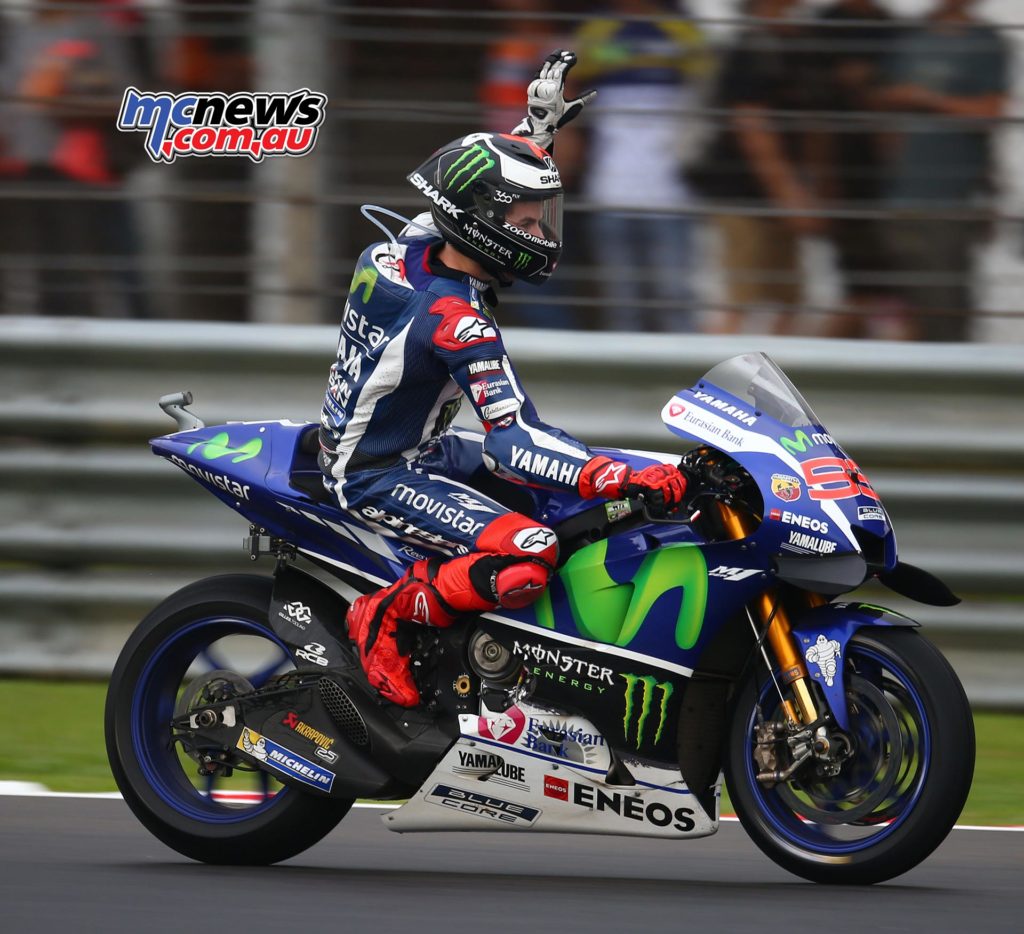 The 4.0 km long Circuito de la Comunitat Valenciana – Ricardo Tormo was completed in 1999 and has a twisty character with nine left and five right corners and an 876 m longest straight. It is a true stadium track that gives fans a perfect view of all parts of the track from every stand that can seat up to 150,000 spectators in total. Valencia always attracts a record crowd to witness the final racing spectacle ever since it became the traditional MotoGP season closer in 2002 and the Yamaha riders aim to give the fans a thrilling show again this weekend as they sign off this spectacular year.

Valentino Rossi enters Spain intent on fighting for a podium spot. Having secured second place in the championship at the previous round at the Sepang International Circuit a fortnight ago, he focusses on the fight for the Manufacturer’s and Team’s Title to close the season in the best way possible. The nine-time World Champion previously has taken two premier class wins at Valencia, in 2003 and 2004, and he has claimed multiple podiums with second places in 2002, 2009 and 2014 and third places in 2005, 2008 and 2010.

“For me Valencia is always a special race because it is always very challenging. Usually on this track I suffer a bit and it’s not good for me. For this reason I want to be as strong as possible during this weekend, working well with my team and get the best possible result. We are still fighting for the constructor’s and the team’s championship, so I will do my best to collect important points. After the race I will finally try the new YZR-M1. I am very impatient to get to know next year’s bike!” 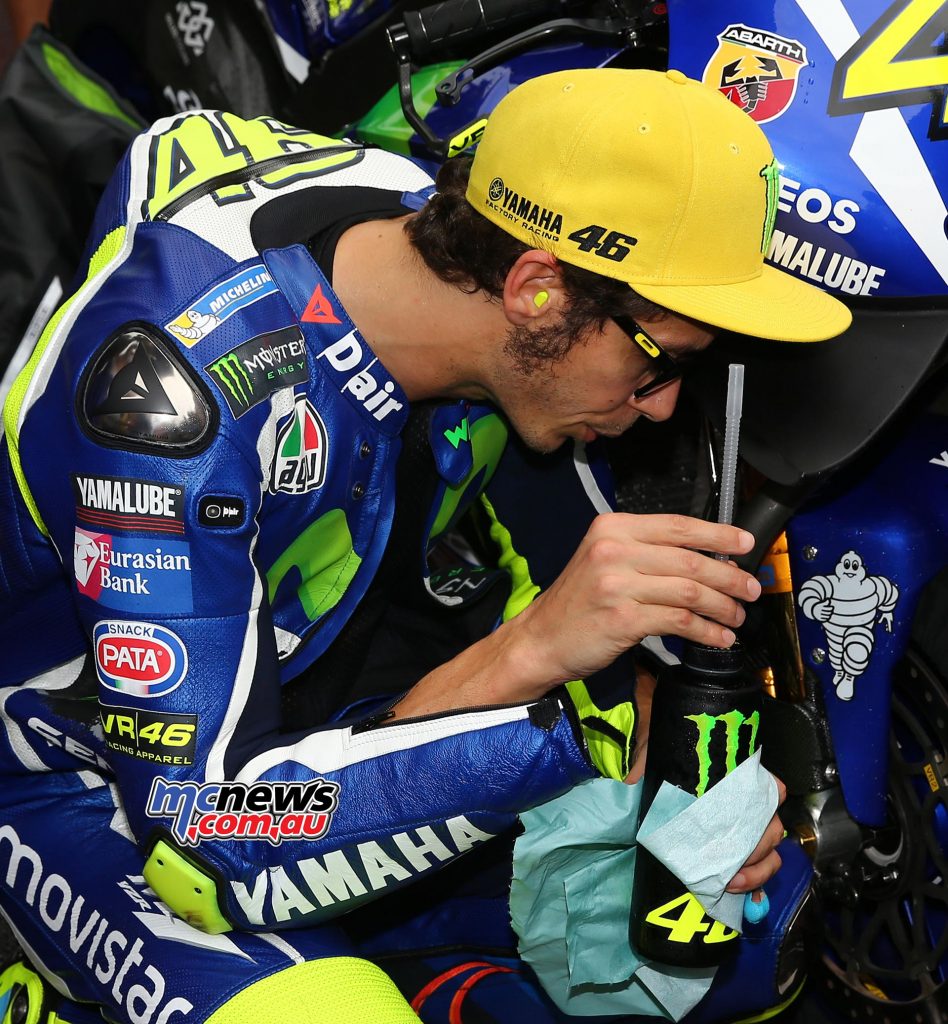 “After the overseas races we finally return to European soil for the fourth and last round in Spain. Now that Valentino has secured second place in the championship he can enjoy this last round to the fullest with some great racing, while Jorge continues the battle for third place in the standings. The atmosphere is always special in Valencia, which makes for an exciting race. Though we are looking forward to the final head-to-head of the year we are approaching the weekend with mixed emotions, it is a shame we won’t have Jorge in the team anymore after his final appearance for Yamaha this weekend. Yet, this is all the more reason to end the season on a high. We are confident that together we can make this year’s final Grand Prix a great one and we’re looking forward to start work on Friday.”

Pol Espargaro will seek to close his three-year partnership with Yamaha by powering to an impressive finish in front of his loyal fans. The Spaniard plans to continue attacking to complete the Grand Prix as close as possible to the factory MotoGP riders in Sunday’s 30 lap sprint after coming off the back of three impressive displays at the overseas Grand Prix’s.

Meanwhile, Bradley Smith targets speeding to a solid result in the race in order to close his sixth year with the team in a notable way. The joint longest serving Tech3 rider produced three heroic point scoring performances in the flyaway races, where he returned to the grid after sustaining a knee injury, and he will aim to undertake another determined effort to close his fourth season in the premier class strongly.

“Valencia is always important because it is where we end the season and it is also another home race. However, this year is going to be a bit more special, and I am going to compete at this event with the grandstands full of fans! It will be my last track appearance with Yamaha and the Monster Tech3 team after three really incredible years, with some great and some not so good moments, but I have learnt a lot in this period with a big group of professionals that have been like a family to me. I’m really looking forward to enjoying this weekend where I will try to complete this adventure with a highly satisfying result. I like the track and I am happy about how I have performed there in the past, such as in 2015, which was a difficult year but I was still able to end up in the top 5. Obviously, it’s going to be difficult to repeat this, because the factory bikes such as Ducati and Suzuki, are much more competitive, and we are struggling a bit in a few areas. We will see how I feel with the Michelin tyres and if the weather does not interfere, then I want to have the best possible conclusion, but whatever happens, I will give my best as always.”

“After a long time together, this week will be my final outing with Tech3. This season is my sixth year in this team and it goes without saying that it will be hard to say ‘Au Revoir’ to the crew on Sunday afternoon. The guys who I have worked with have always done a great job, which gives me full motivation for Valencia where I really hope to end on a high. The back-to-back events went well and I scored some valuable points despite my recovering knee, therefore in Spain, I will fight to be as close as I can to the leading satellite position. 2016 has not gone exactly to plan and it’s a pity to be finishing the year much further back from where I wanted to be in the rankings. However, we never gave up and after achieving sixth in the Grand Prix 12 months ago, I am confident of a positive conclusion. I won the 125cc race in 2010 at Valencia, the year before I joined Tech3, and the venue has been good to me so I am very confident about scoring a solid result for my team.” 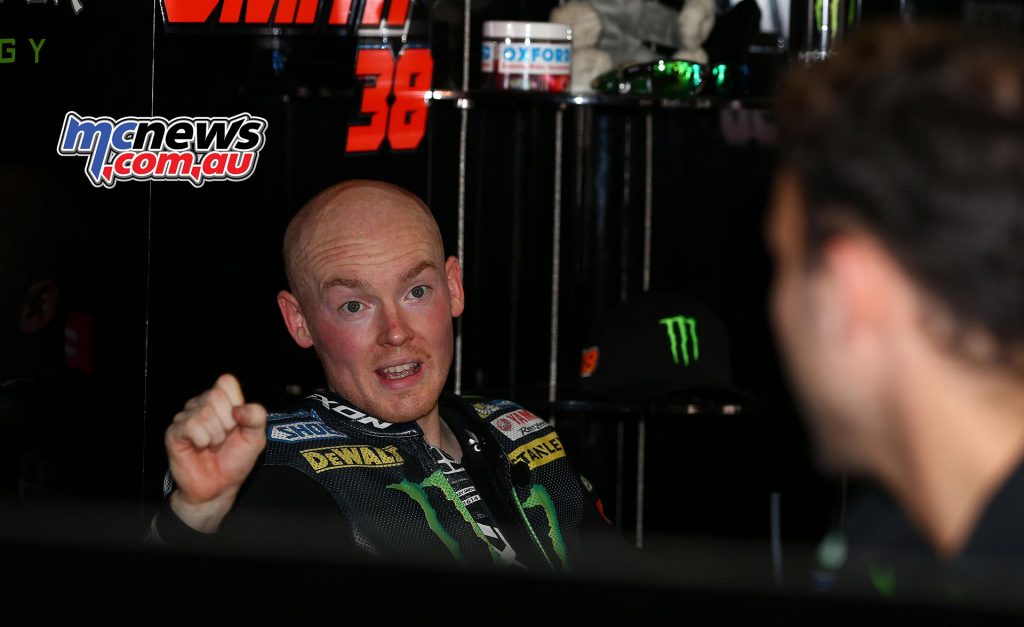 Boris on the Le Mans MotoGP

ASBK at The Bend also bites the COVID bullet