Both race started nearly identical with Covington leading the first laps and Hampshire chasing. MX2 points leader Red Bull KTM Factory Racing’s Pauls Jonass had a horrible start to race 1 where he fell off of the start and had to come from last position.

Jonass gained 12 positions on the first lap and kept fighting from there eventually making his way to 10th by the finish just behind title rival, Suzuki World MX2’s Jeremy Seewer.

For the first portion of race one Covington held off Hampshire but the speed of the Honda rider proved to be too much and he took the lead on lap 5. Meanwhile Yamalube Star Racing Yamaha’s Mitchell Harrison and Team Suzuki World MX2’s Hunter Lawrence battled over 3rd positon. Harrison had the spot but eventually lost it the relentless charges of Lawrence.

Hampshire looked to have the race under control but with three laps to go he fell and all of a sudden had both Covington and Lawrence right on his back wheel.

Covington rejuvenated after seeing the mistake of Hampshire tried to jump to the inside and take back the lead even trying the opposite line through the inside outside section, all were to no avail. Hampshire took the win over Covington, Lawrence, and Harrison.

Race 2 was similar but with a better start for Jonass inside of the top three behind Hampshire and Covington. While Covington had the FOX Holeshot Hampshire took the lead quickly. Lawrence was again up front in 4th while his teammate Seewer started 8th.

After 5 laps Seewer caught Lawrence in 4th and started to pressure the #96. Lawrence responded perfectly though by passing Jonass and Seewer followed his move to take fourth from Jonass. The teammates then paired up to take on Covington as they moved to second and third.

Lawrence made a charge the last lap to close right next to Hampshire but it wasn’t to be as Hampshire crossed the finish first to take double race wins and the overall.

“I was excited to come racing here as it is my home state. I felt good in the warm up and knew that we could make something happen today. In the first race I didn’t have a great start but made some quick passes. It was cool to battle with Covington today, I was excited especially to come to race with him. The guys from Suzuki were coming for me there at the end of the second race, I mean they’re lying if they say they weren’t. I was just trying to stabilize some breathing room and he was right there at the end but honestly I did not want to go any faster than what I had to because I was hurting.”

“In the first moto I got quite a good start on my RM-Z250, inside the top 10 I’d say. I made some passes in the first couple of corners and got myself into fourth place just behind Mitchell Harrison where I stayed for about 10 minutes. RJ Hampshire and Thomas Covington were gone when I got my way into third, so I stayed there until the end. They both crashed but were still too far in front although I did close right up on both of them.

“In the second start I drifted a bit wide and a couple of guys passed me up the inside. I fought to make those passes back and got myself into third after passing Pauls Jonass. Covington was the next person I passed and after that I just got my head down, kept working and plugging away and I caught up to Hampshire in first but we just ran out of time so I couldn’t pass him for the win. I’m really happy with my second overall, in my first time at an American GP. I’m just super happy with how the day went.” 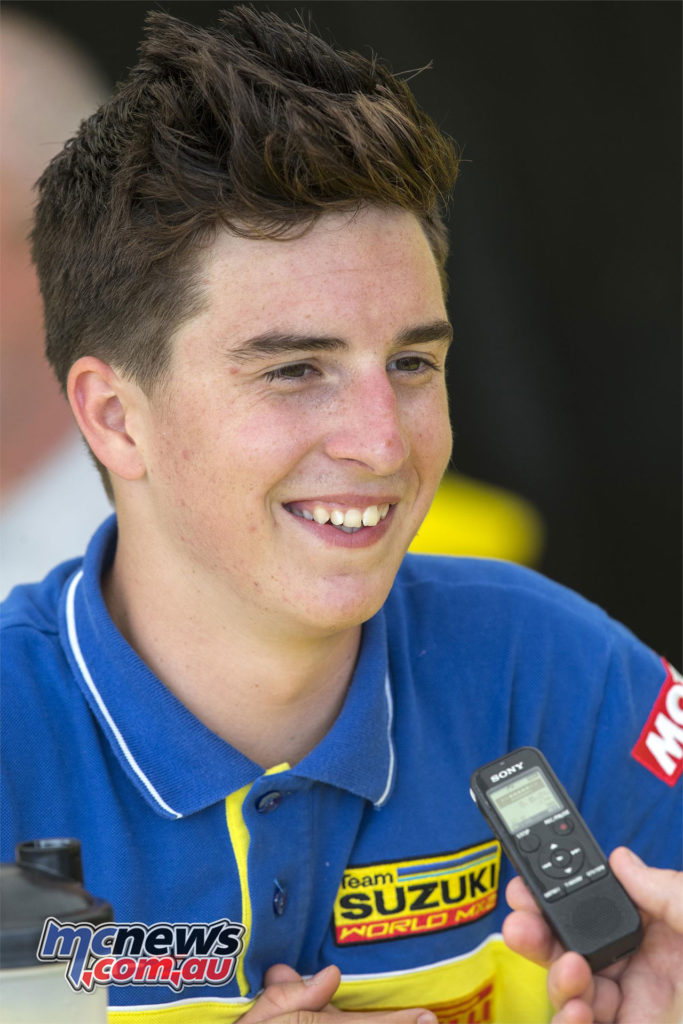 “Overall, I had a great weekend. Getting the win in the qualifying race I then got two holeshots in the final motos and earned one more podium result for the season. My speed was good this weekend and I felt I could have gone even higher in the overall but the heat on Sunday was unbearable. I’ve been living in Europe for a while so I wasn’t used to this heat. In moto one I rode a solid race for second. Then in moto two I was following RJ Hampshire in second and decided to make a move to get closer to him but I felt I was running out of energy. I might not have been able to go for the win but my riding was good and I’m happy I got on the podium at my home GP.” 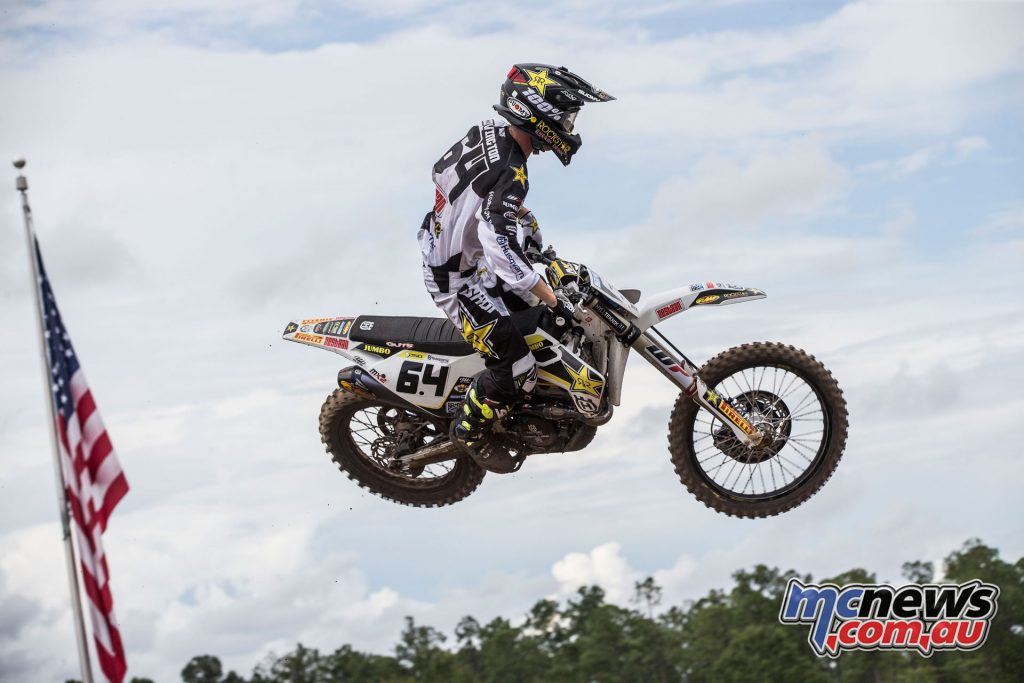 “I felt really good all weekend actually except the two races. Yesterday everything went good and also this morning in the warm up I felt good but the first race a had a really bad start, I almost hit the gate and then crashed straight on the start straight and that made it tough. I came back from dead last to tenth and in the second race I got a pretty good start but the guys were really fast today and it was difficult to hang with them. After 15 minutes I got a little tired, the last few laps I just tried to survive and still finished 5th so I didn’t lose too many points which is good and I’m really looking forward to Assen.” 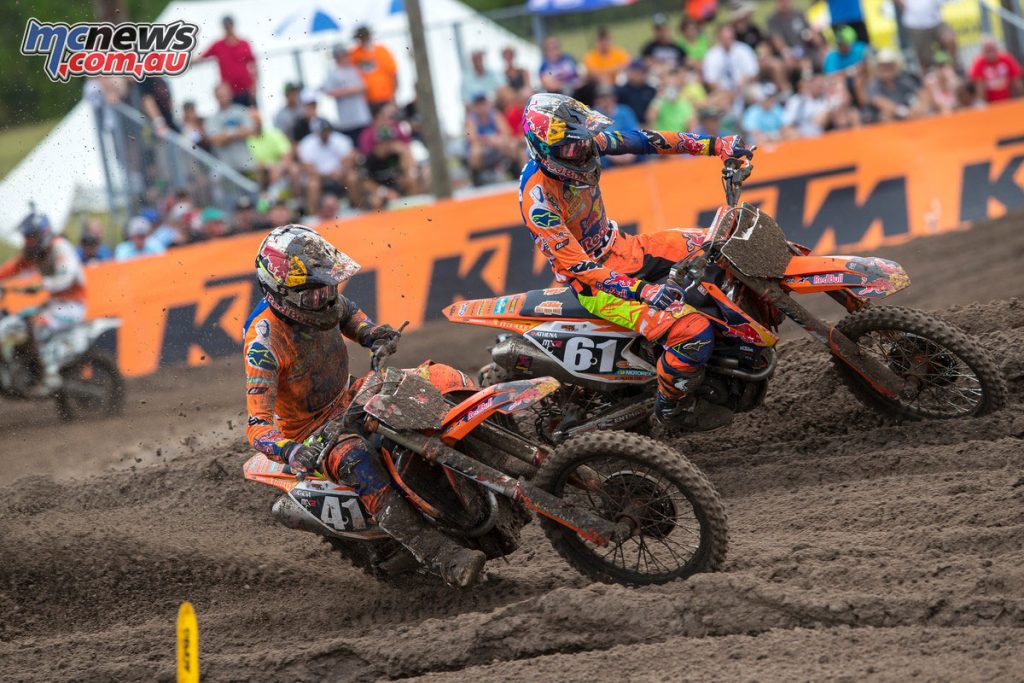 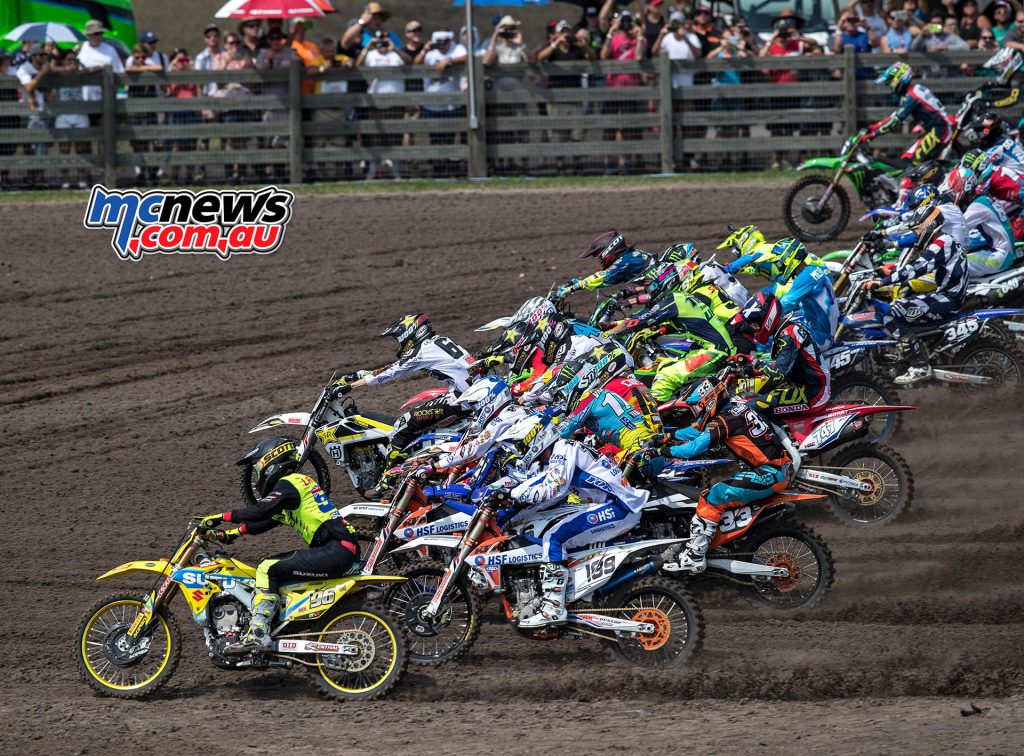 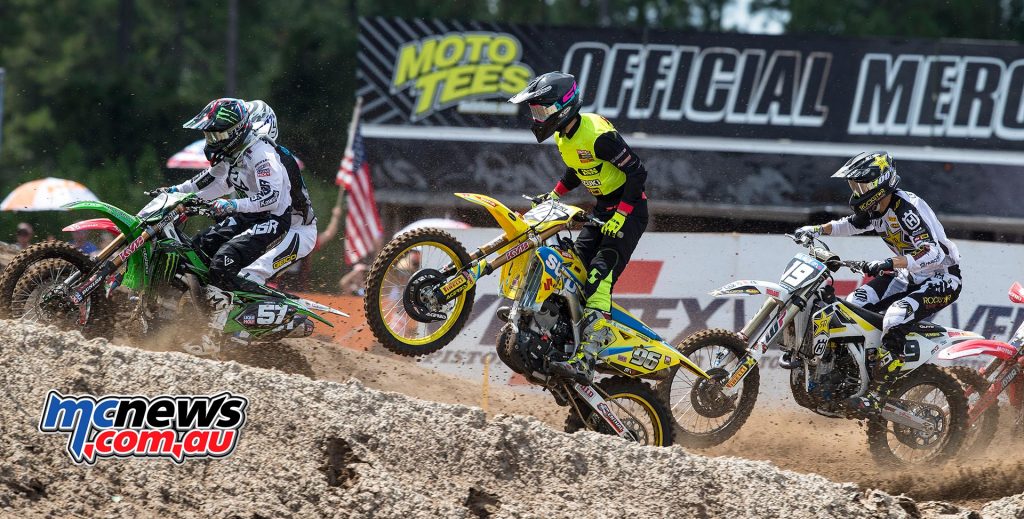