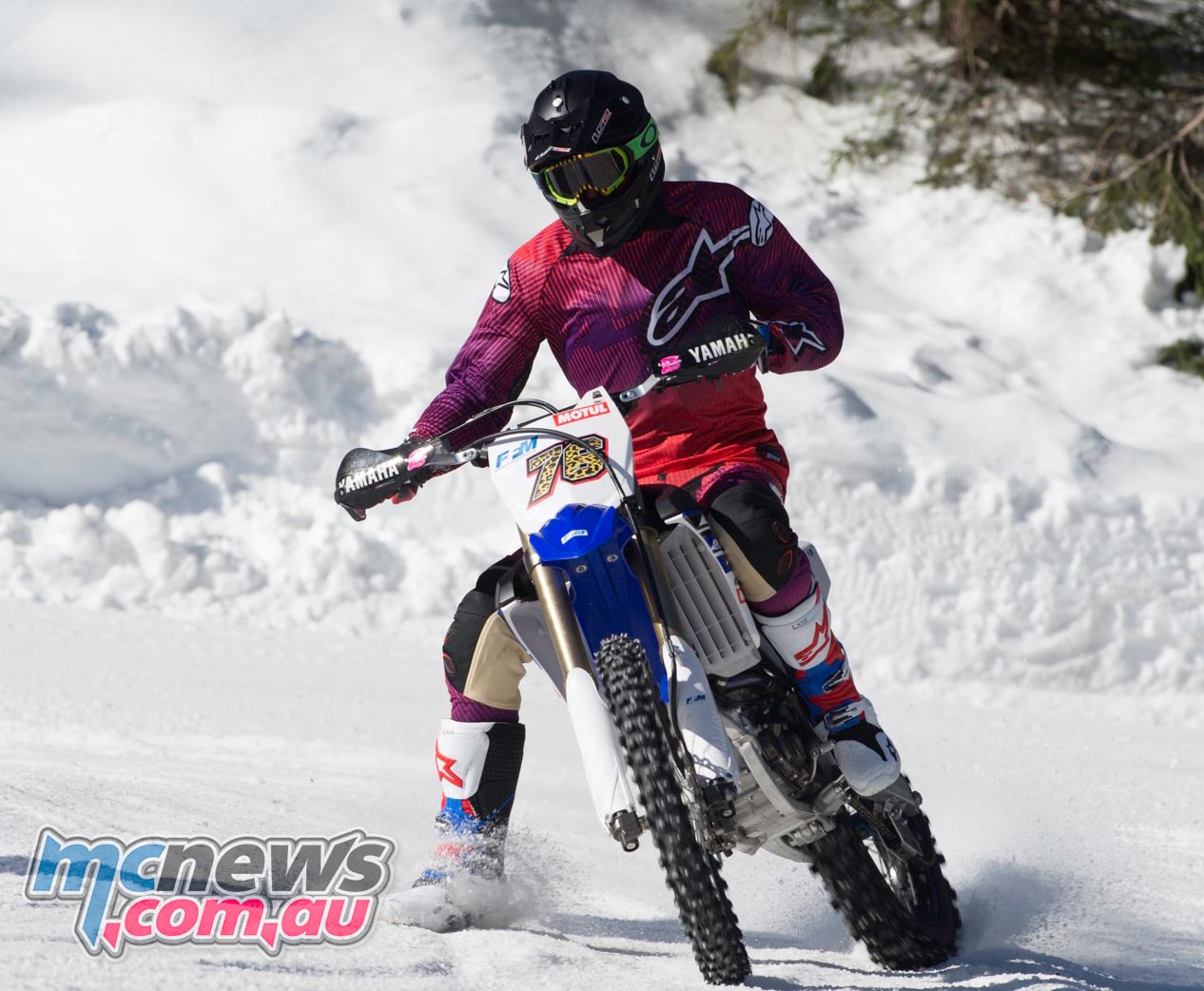 Next week the MotoGP bikes will be back at the Sepang International Circuit for the first test of the 2017 season. Avintia Racing rider Loris Baz looks forward to get back to business after several weeks at home.  Baz took full advantage of the winter break to get back into shape. He underwent surgery on his right foot to remove all the screws and plates from last year’s injuries.

He was also able to ride bikes on all surfaces imaginable, on ice in Switzerland, on sand at Valentino Rossi’s Ranch at Tavullia and on asphalt during last week’s track day with Avintia Racing’s Ducati Panigale. He also did some flat track at Requena last weekend, so he is ready to jump on his Ducati GP15 at Sepang. Loris wants to go step by step and to be ready for the first race in Qatar.

Do you look forward to get back to work at the first test of the season?

“Yes, I can’t wait any more, because although it was good to disconnect from MotoGP for a couple of weeks, I really missed riding the bike. I started doing some ice-riding at home and I also went to Rossi’s Ranch. Even though the weather was horrible, it was an amazing experience. We are getting stronger and I also had the chance to ride the Ducati Panigale in Valencia last week. And If the weather is good, I’ll race at Requena’s flat track this weekend.”

How was the surgery on your right foot? Are the injuries from last season a thing of the past?

“Everything went perfectly well and now I have a brand new foot.”

Following a difficult season, you finished the year with a smile on your face when you tested the Desmosedici GP15 for the first time. Is this the reason why you are impatient to get back in business?

“Of course, because during the last two tests I confirmed that I still know how to ride a bike. I hope to have more luck during this season, but I don’t want to set any goals, because last year we did and were not able to achieve them. I think that we have to go step by step and try to enjoy riding the bike. If we can do that, we will be fast and if we are fast, everybody will be happy. So we have to go test by test and race by race, because last year we did really well during the winter test, but then the season was a disaster. I want to be ready for the first race in Qatar and this is what we will work for during the winter tests.”

You have a new bike and a new chief engineer. How was it to work with Paolo Zavalloni at the test in November?

“I felt really good and this was a positive surprise. I’d seen Paolo in the past and we hadn’t spoken before, but from the first moment we connected well and he seems to be very motivated. I like the fact that he listens to my comments and that he always tries to find solutions to improve the bike and to adapt it to my riding style. He came to Rossi’s Ranch and he told me that he analysed all the data from the test during the winter break and that he has some ideas in mind for the upcoming test. I can see he’s motivation is high and that he looks forward to start working at Sepang next week as much as myself. I like his excitement. The whole team is very motivated.”

You new bike is quite different from the one you used last season. How was the feeling with the GP15 during the first test?

“The feeling was good. The main thing is that I had no chatter problems at all at both circuits. The bike feels better, you can see it is a newer bike. Both chassis and engine are clearly an evolution compared with last year’s bike. Hector showed during last season that it’s possible to achieve good results with a two-year old bike. I think I will be closer to the front, the feeling was good from the first time out, and this is positive.”