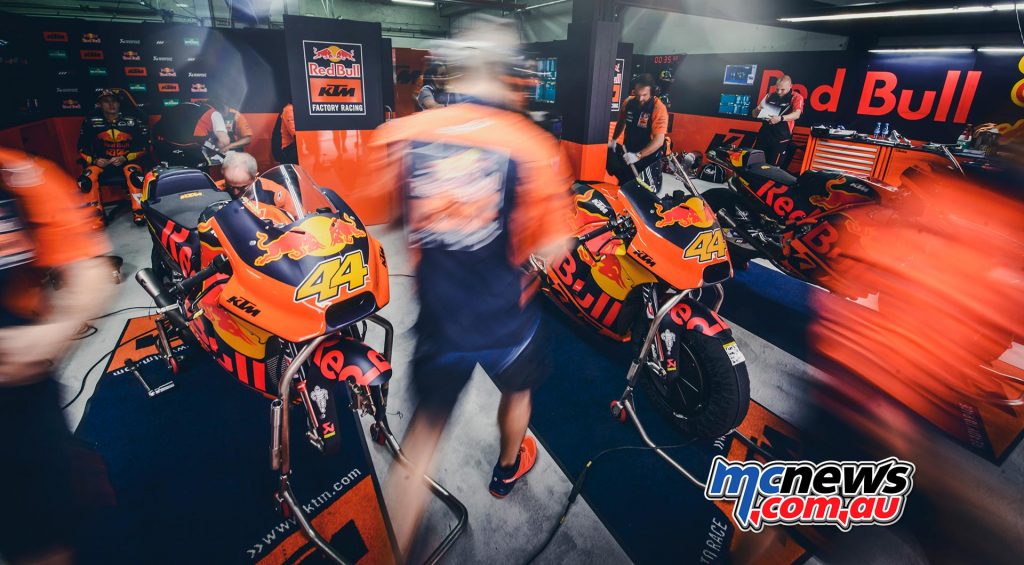 The weather was fair to give 25 degree air and 30 degree track temperature with no rain, so no track time was lost with this nor crashes. The main focus of the test was to further develop the MotoGP machine with chassis and suspension parts plus some aerodynamic updates. Indeed, the entire KTM Grand Prix effort was present at Aragon with the Moto2 and Moto3 test teams on track too during the two days as they also look forward to 2018. 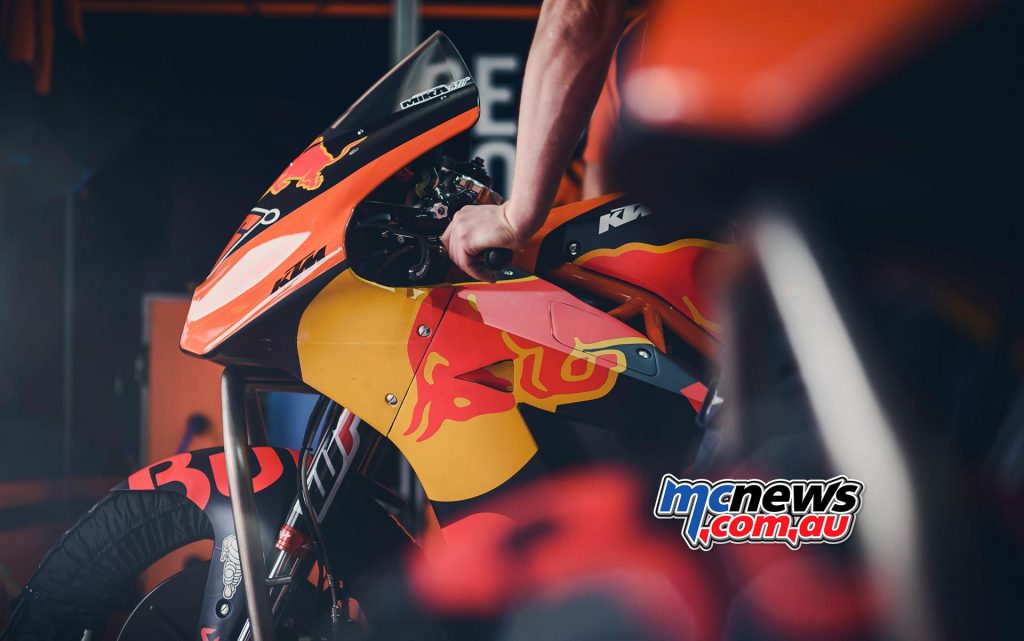 KTM had also put German Superbike Champion Markus Reiterberger on the KTM RC16 at the test.

“I first want to say to KTM a big thank you for making this happen and for my team to let me test. It’s amazing for me to come here and test the MotoGP bike. The feeling is amazing for the first few laps over a day where I did about seven runs and improved a little bit for the feeling and for the lap time, so in the end I was happy. Of course there is a little bit of time to make up but after half a day I’m really happy to test this MotoGP bike, so we will see what the future brings. 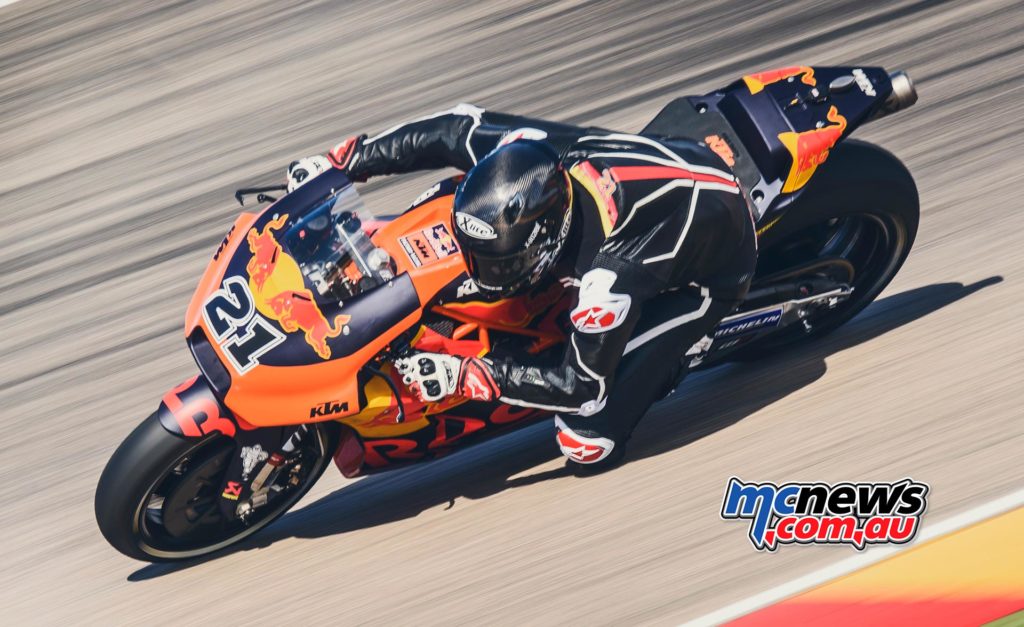 “Regarding the difference between a Superbike and a prototype bike, the riding style is completely different and it’s a little bit difficult to understand how to ride the bike but you need to ride much smoothly; it’s different from a Superbike where you have to brake as hard a possible, turn it and open the gas as you really have to ride this one smoothy. That’s where the time will come if I get the possibility to try a MotoGP bike again. Thank you again to KTM. A day to remember.” 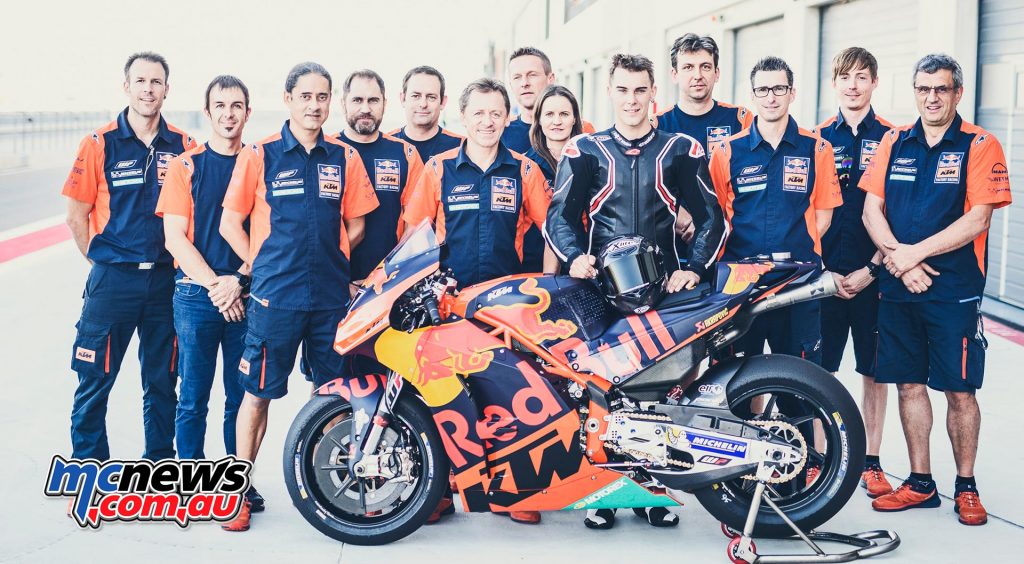 “In total we had a really positive test here. Two long days with many laps trying many configurations on the one hand to finish the season in a good way, and on the other to prepare for next year for which we need to take some important decisions and this was the test at which to do that. We’re happy about that and we’ve found some steps that we can already use over these remaining four Grands Prix this year as well as to prove these settings on other tracks as although the conditions were good here, every track is different so we will see how it transfers. At the moment we are happy and very positive with this test: now we move on to the overseas races.” 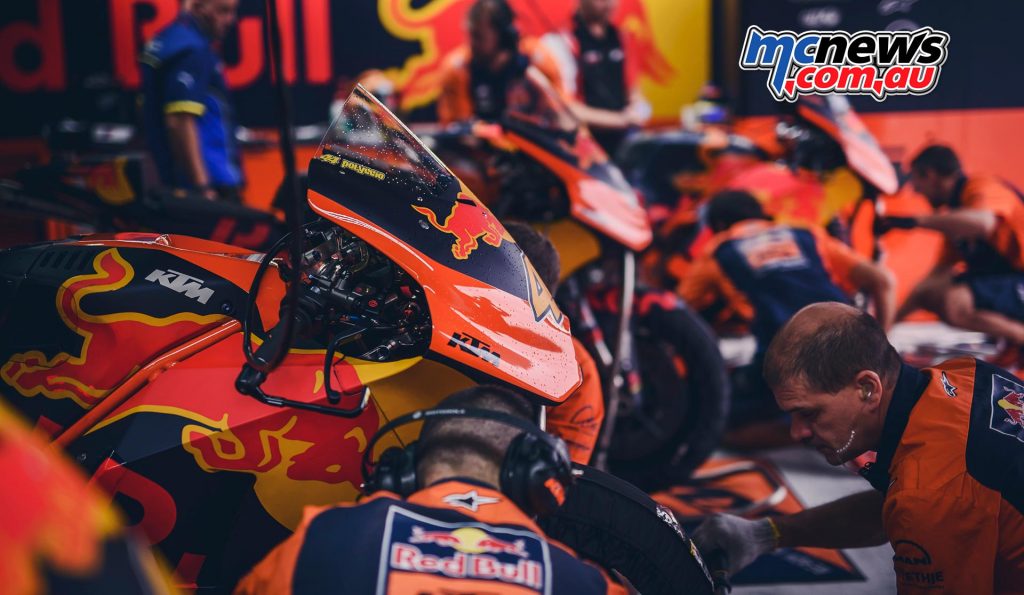 “Both days were full days for us but I’m so happy with the improvements we have done. On the first day we tried some more new things on the bike and I think everything went in a good way. We have improved from last Sunday and that is without any ‘moments’ out there on track but these improvements are so important for Japan and especially Phillip Island where I go well. Thank you to all the team because they have done such an amazing job, working hard to make this all possible working day and night here and at the factory as we are receiving parts all the time that help with the speed. Let’s keep this up and keep working hard for the next races.” 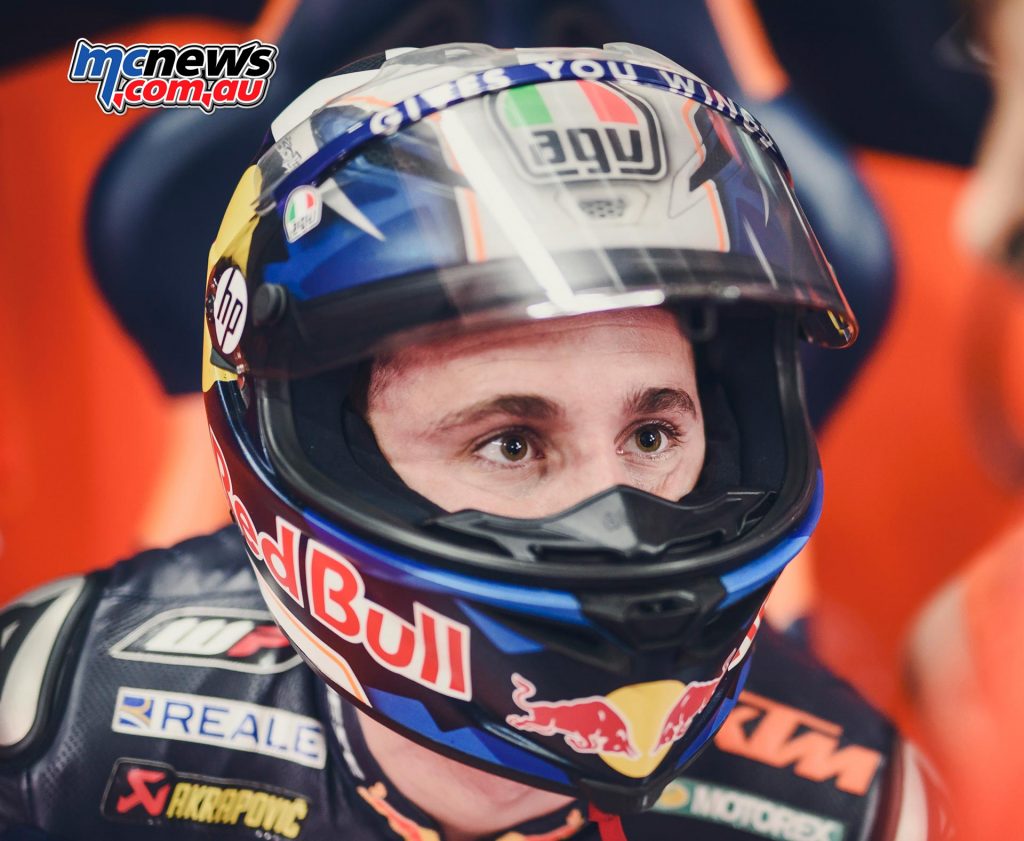 “Here at Aragon we had a very busy test with many things to get through for the remaining races and the future of the bike into 2018. We focussed on turning and to get the best from a new tyre and with that we’ve made some positive steps. Two days doing more laps was hugely valuable and I feel that we’ve made a step in the right direction here so let’s see what we can do when we go to these last four races where we know three of the circuits.” 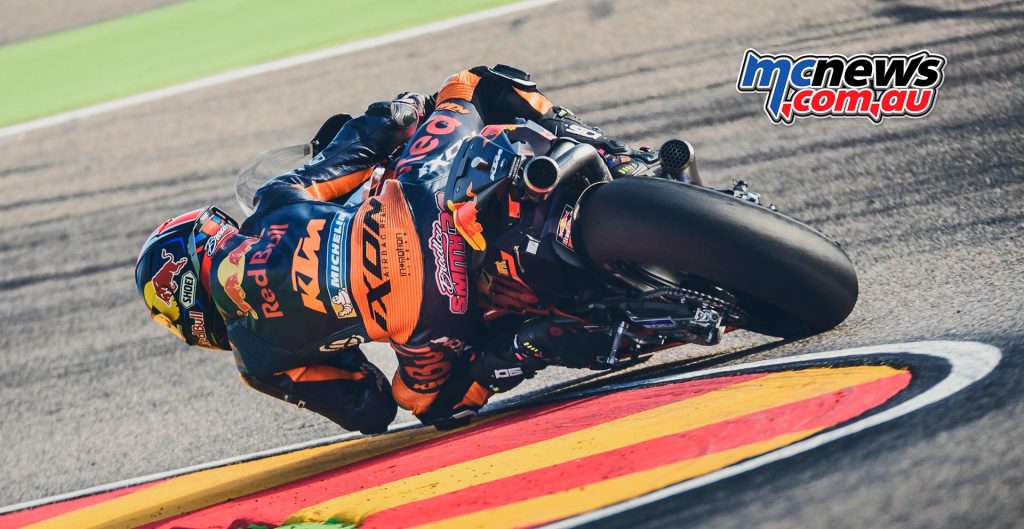 KTM, Husqvarna, GASGAS double sales in first half of 2021