Franco Morbidelli (EG 0,0 Marc VDS) took his seventh win of the season at the Red Bull Ring, staying calm under pressure and fending off teammate Alex Marquez and key Championship rival Tom Lüthi (CarXpert Interwetten) to then pull away before the flag. Marquez and Lüthi had a dogfight for the podium, with the rider from Cervera taking P2 after some seriously close racing.

Tech3 Racing Team rider Remy Gardner produced a determined display today to clinch a point scoring finish in the gruelling Austrian Grand Prix. The young Australian kicked off the sprint from the ninth row of the grid and quickly set into a solid pace. He continued to push as the race distance dialled down whilst he fought in a highly competitive pack, before eventually meeting the chequered flag in 15th.

“I have to say that this race was really tough and I gave it my all. The first lap went well for me but then I started to struggle with the bike. Every time I entered the corner, there was some chatter and so we have work to do but fortunately, there is not long to wait because we are back on the track tomorrow. I’m hopeful that we can make a big step in the test to get to the next level and I will do my best as always. As for today, it was challenging but I’m sure that we can have a more positive time in Silverstone.”

The best start from the front row saw Morbidelli head away in the lead, before drama hit the pack further back and two separate incidents saw nine riders sliding out of the race.

Ahead of the melee, Lüthi moved through into second and then set about catching the Championship leader – moving through, heading wide and the front four, including Marquez and polesitter Mattia Pasini (Italtrans Racing Team), already pulling away in a lead group.

Morbidelli held firm ahead of teammate Marquez in the early stages, as Lüthi looked for a way through on the Spaniard from third. Pasini then dropped back from the lead trio after heading wide, but held fourth as Miguel Oliveira (Red Bull KTM Ajo) pounced on Francesco Bagnaia (Sky Racing Team VR46) at Turn 3 just behind.

There was more movement in the top ten as Takaaki Nakagami (Idemitsu Honda Team Asia) closed in on Brad Binder and Isaac Viñales (BE-A-VIP SAG Team) for seventh, before the Spaniard then crashed out of contention.

Lüthi and Marquez continued their battle royale, swapping some paint and closing in on Morbidelli to within three tenths as Marquez kept cool under immense pressure from behind – but then the tables began to turn as the Italian in the lead began to pull away.

An incredible charge from Oliveira into potential podium contention then came to a high-speed end as the Portuguese rider suddenly highsided out – rider ok but leaving the fight for the win as a trio. Three soon became two, however, as Lüthi ran too deep at Turn 3 – leaving the EG 0,0 Marc VDS riders as a duo out front.

Morbidelli was able to cross the line in clear air for win number seven of the season after pulling the plug, as Marquez took a comfortable P2 behind him and Lüthi followed them home.

“This is a crucial victory for me in the championship and comes at the perfect moment after my poor result in Brno last weekend. I came here focussed to do a good job and although we started slowly on Friday my team worked very well and gave me a great package to go for the victory. I’m very happy for this win and thanks to everyone for their support.” 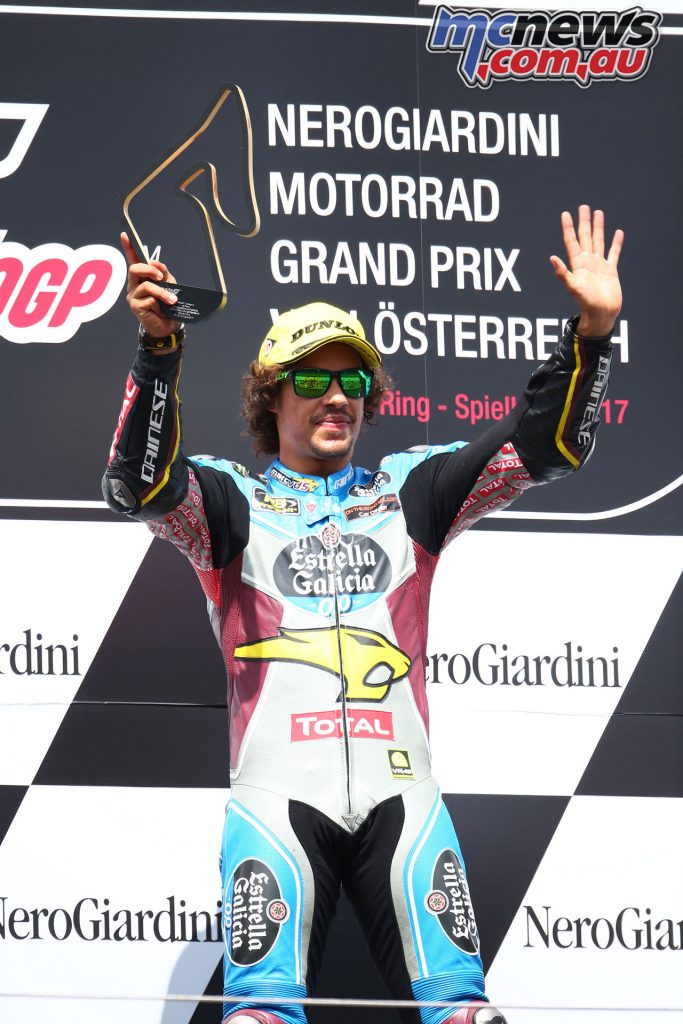 Remy Gardner gearing up for MotoGP debut this weekend

“I had a lot of fun in this race especially the fight with Tom, which was very close. Late in the race I thought I had a chance to challenge Franco for the win but I made a small mistake at turn three and lost the gap to him. But I am very happy to be on the podium, it has not been an easy weekend at this track so this is an important result for me.” 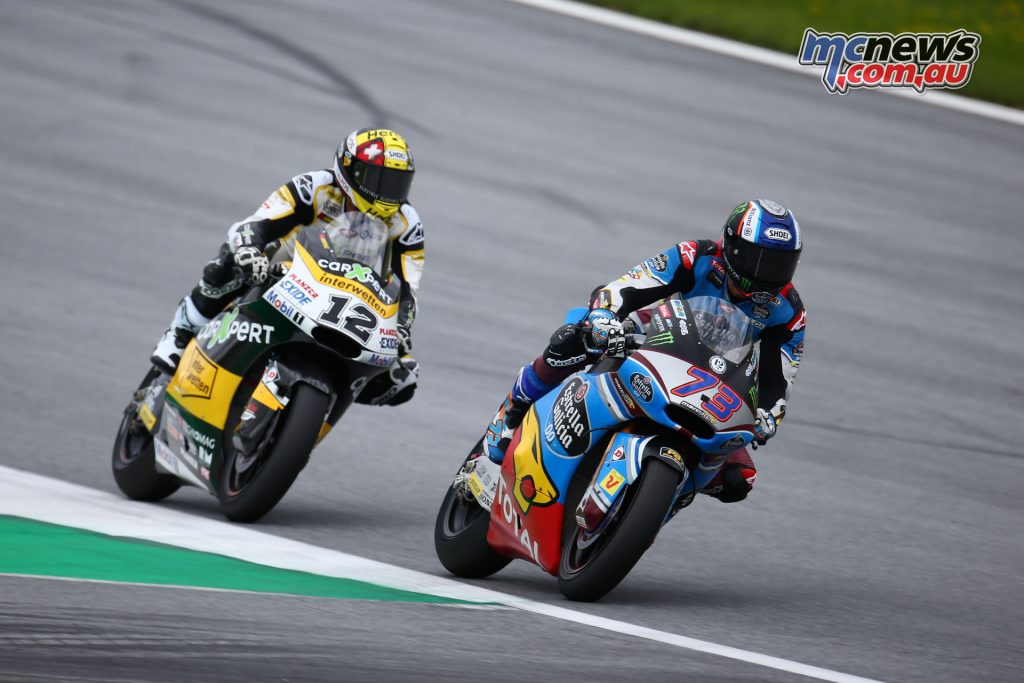 Bagnaia came home ahead of Pasini in P4 after a late charge, with Nakagami and Binder fighting it out for sixth and the Japanese rider just ahead over the line. Jorge Navarro (Federal Oil Gresini Moto2) took an impressive P8 as another rookie in the top ten, with Dominique Aegerter (CarXpert Interwetten) in ninth and an impressive comeback from Hafizh Syahrin (Petronas Raceline Malaysian) seeing him complete the top ten.

After some incredible overtakes in Austria, it’s now time for Silverstone – with Morbidelli a handful of points further ahead as the rounds begin to count down.