That’s what the Spanish press are reporting overnight.

HRC has made their displeasure clear at Ducati being allowed to race under the ‘Open’ category in 2014.

As far as Honda, and Yamaha for that matter, were concerned the ‘Open’ category was being introduced to get more bikes on the grid. Thus Honda went to the expense of creating a customer MotoGP ‘Open’ machine while Yamaha organised the lease of engines to teams that wanted to enter the ‘Open’ category.

However, the carrot dangled in front of Ducati under the much freer ‘Open’ rules with almost unlimited testing and changes throughout the season, while under the Factory option they could only have five engines for the season, proved too much to resist.

Under the ‘Open’ option the Italian brand has effectively unlimited development throughout the season, which they need as they struggle to get back on equal terms with Yamaha and Honda. So, last week Ducati made the decision to take the ‘Open’ option, and enjoy all the benefits that come with, which not only consists of the almost unlimited development and testing throughout the season, and the choice of a softer tyre, but also 12 engines which can be changed in specification throughout the season. Something that Honda and Yamaha are not allowed to do under the ‘Factory’ rules, a restriction brought in to reduce costs, along with the five engine limit.

Allowing effectively unlimited development in the supposedly cheaper ‘Open’ makes a complete mockery of the efforts in MotoGP to reduce costs.

Obviously this is all part of Dorna’s grand plan to make the rules for the ‘Open’ class so appealing that all manufacturers will choose to compete only in that category. Before they then, no doubt, again reduce testing and the allowances for changes throughout the season. All this seems to be in aid of reducing the level of electronic controls in MotoGP, through the use of a common ECU mandated across MotoGP. Something the major brands have been deadset against, but this is Dorna’s long winded way of getting them to play ball and concede to having a control ECU.

Overnight, however, as perhaps a concession to Yamaha and Honda, the latter of which is the most outspoken on such subjects, Dorna seems to have made a last minute change to the rules once again. This could also be in response to not only Ducati going ‘Open’, but also the speed of the ‘Open’ entered Yamaha machines which at the Sepang Tests saw Aleix Espargaro fourth quickest, surprising and alarming the factory teams.

Speaking last night to Spanish journalist, Mela Chercoles, Dorna CEO Carmelo Ezpeleta has surprised everyone by stating that a new third category, dubbed ‘Factory 2’ with ‘Open’ bikes, read Ducati, restricted to 22.5 litres of fuel (‘Factory’ is currently allowed 20 litres – ‘Open’ 24 litres), and nine engines instead of the 12 permitted in ‘Open’ and the five permitted in ‘Factory’.  Thus a new middle ground is being established.

It is yet unclear how teams will now be categorised as Moto2. Most speculation suggests that a race win, or certain number of podium finishes promotes an ‘Open’ entry into the ‘Factory 2’ category…  Could this see riders effectively slowing on the final lap to ensure they do not podium and thus be promoted into ‘Factory 2’?

The changes are set to be ratified on March 11.

Will this appease Honda and Yamaha? Or are the toys about to be chucked out of the pram…?

But with Dorna now also controlling World Superbike… There is nowhere to go for anyone that wants to spit the dummy… Checkmate? 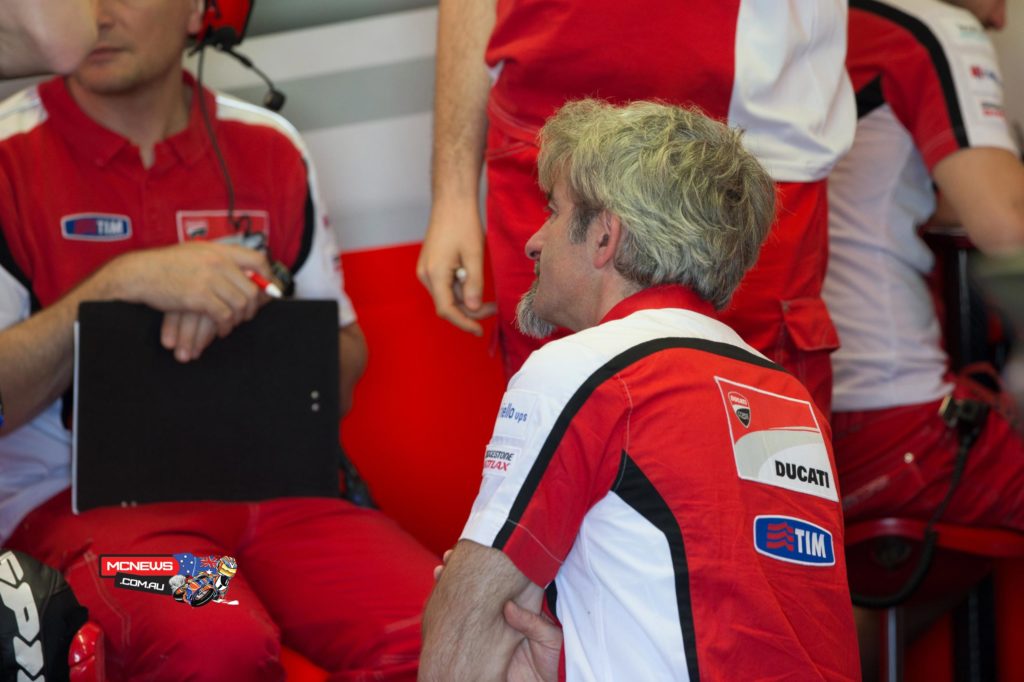