by Trev
in Australian Pro MX, Motorcycle Racing
A A
Share on FacebookShare on TwitterShare 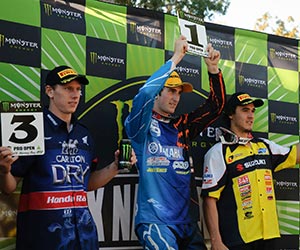 CDR Yamaha rider Lawson Bopping captured his first ever victory in the Monster Energy MX Nationals at Hervey Bay in Queensland on Sunday, declaring himself as an MX1 championship contender just past the halfway point of season 2012.

The second half of the season started with a bang on a glorious day in the Sunshine State, as two of Australia’s most talented rising stars battled it out for the overall win. Bopping was awarded the victory after a special moto three win, holding off charging Motul Pirelli Suzuki contender Todd Waters.

Earlier in the day, Bopping won the opening moto in another stellar performance, before finishing second in moto two, which was won by Waters’ Suzuki teammate Cody Cooper.

“I’m stoked with 1-2-1 finishes and it was almost a perfect day for me,” Bopping said. “My team has worked so hard and the time I spent in America during the mid-season break has really paid off.

“We’ll see what we can do from here, but so far, so good and I’m feeling good about where we are at in the championship. CDR Yamaha is definitely going really good this year, so it’s awesome to get a win for them.”

Waters finished second overall and now sits just 12 points behind championship leader Josh Coppins, who was fourth overall at Hervey Bay after a round of mixed results for CDR Yamaha.

“It was a great day, the track got really tricky out there and I have to hand it to Lawson,” Waters commented. “The whole Motul Pirelli Suzuki team have worked hard during the break, we made a few changes, and I’ve been training hard. Now I can’t wait to get to Horsham and see what we can do there.”

Completing the overall podium was Carlton Dry Honda Thor Racing’s Brad Anderson after a consistent effort. Anderson and Bopping are now tied for third in the championship standings.

“I’m happy to be on the podium, third overall is really good and it’s a positive way to start the season’s second half,” Anderson reflected. “I haven’t raced at Horsham before, but I look forward to it and it will be another new experience for me.”

In fifth overall for the round was Dan Reardon, who had his best result this year for JDR KTM. Both Reardon and sixth place finisher Dean Porter experienced great improvements to commence the season’s second stretch.

Coppins retained his series lead following round six, but now just 25 points separates him from Waters, Anderson and Bopping, who becomes the fourth serious title contender in the mix.

Styke won the opening two motos, before finishing fourth in the final moto to secure the overall. The result sees Styke build a 46-point lead in the championship after six of 10 rounds.

“Today was good even though I struggled a little bit in qualifying,” Styke said. “The Serco Yamaha Metal Mulisha Racing YZ250F pulled me out of the gate strong all day and it was perfect. We try to aim for 60 points every weekend and today I got 68, so it went to plan.”

Gibbs had his best round of the season with second overall, taking advantage of the mid-season break to allow a pre-season wrist injury to heal further. Completing the podium was Carlton Dry Honda Thor Racing’s Ford Dale, who maintains second in the title chase.

The final moto win at Hervey Bay went to Josh Cachia in a gutsy performance for JDR KTM, but he was forced to settle for eighth overall after suffering a DNF in the opening moto.

The Pirelli MXD class was taken out by Kiwi Kayne Lamont, marking his third round win in succession. The victory for Lamont elevated him to the championship lead ahead of fellow KTM rider Dylan Long, who was sixth overall at Hervey Bay following a final moto win.

“I’m pretty pumped because I was able to keep it consistent, stay on the bike and score good points,” Lamont explained. “I’m confident that I can keep this form, it could be challenging, but I’m up to the challenge. Today was demanding, the track was good and I enjoyed it a lot.”

Making it an all two-stroke podium behind Lamont was Kale Makeham and Joel Milesevic. Lamont won moto one, while Makeham was the winner of the second moto.

The Australian Motocross Championship will continue on 15 July at Horsham in Victoria. 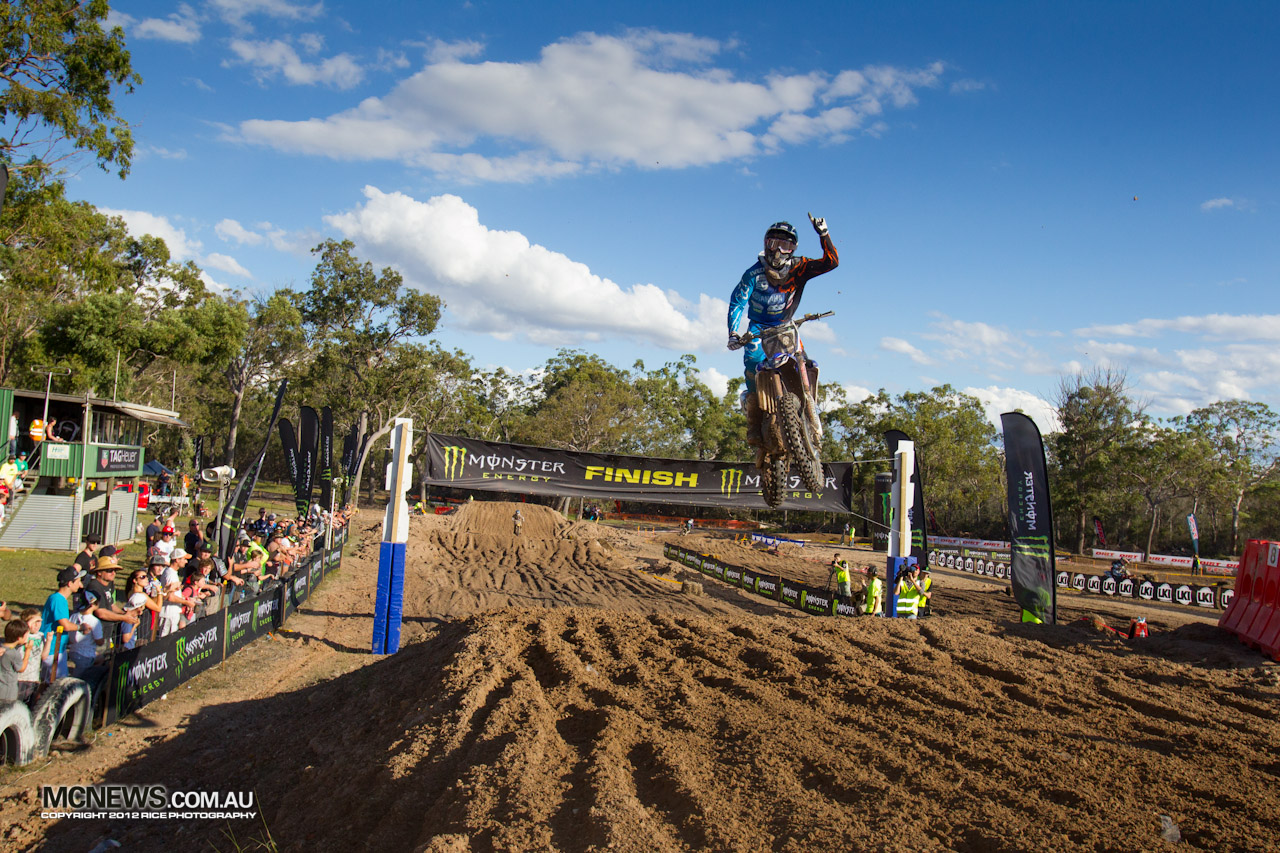 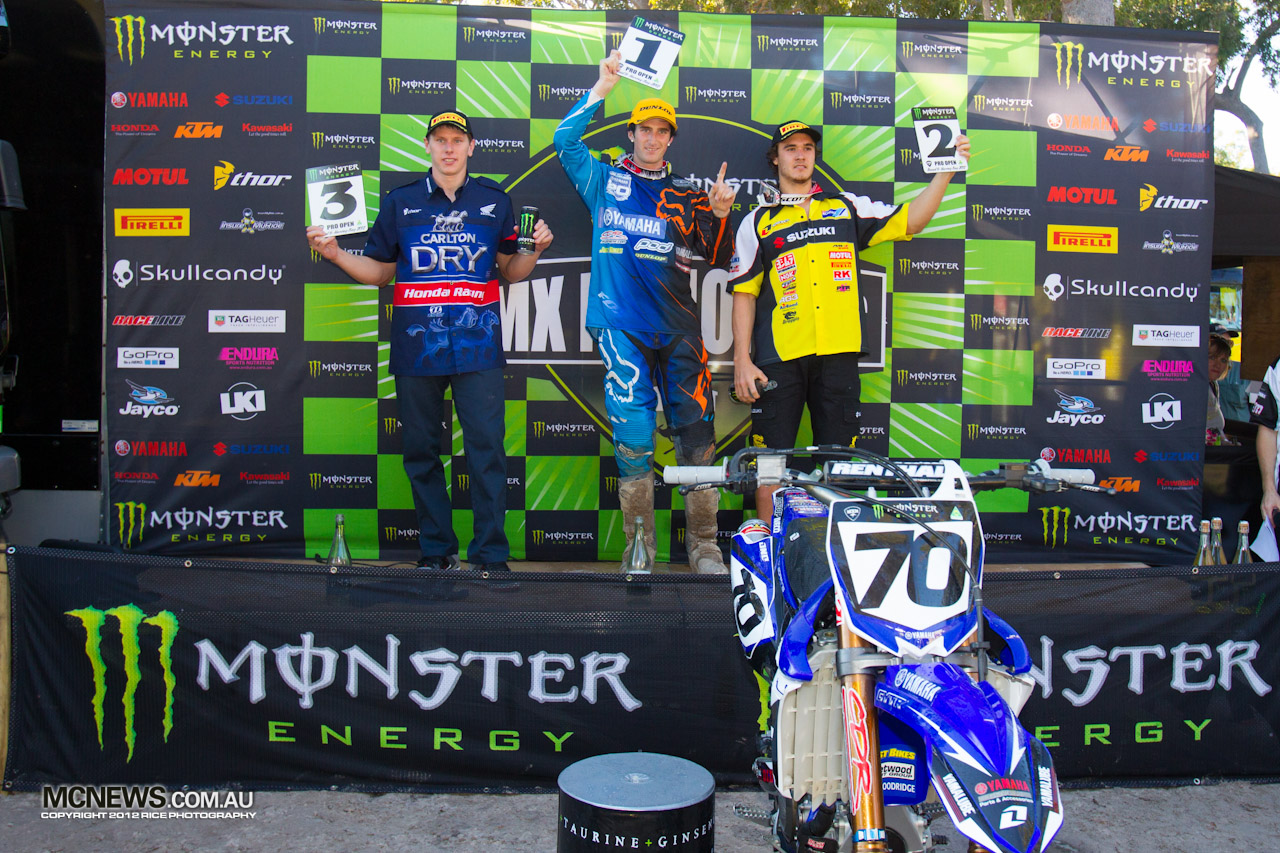 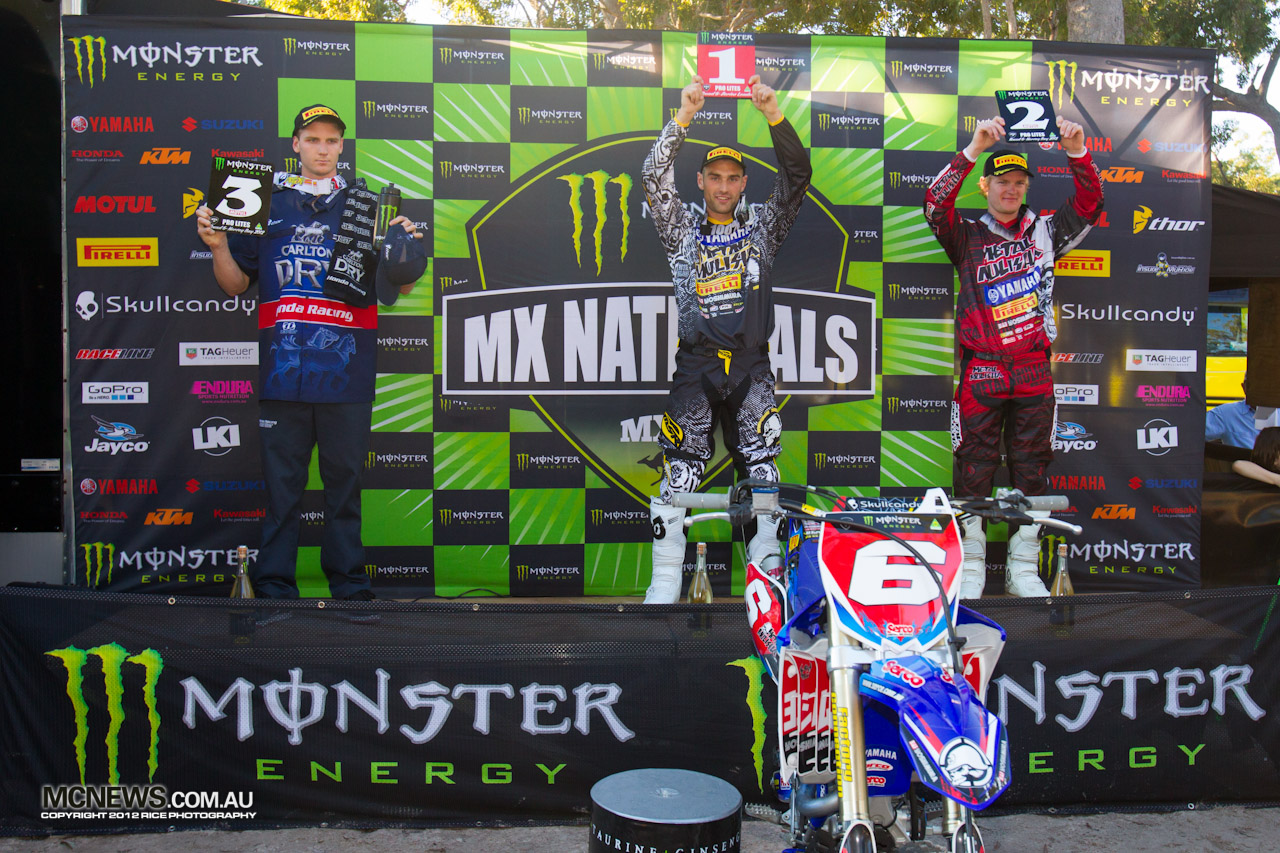