Over forty unique helmets hand crafted by airbrush artist Mark ‘Brownie” Brown will be on display at this year’s Sydney Motorcycle Show presented by Shannons Insurance, belonging to such racing greats as Toby Price, Jason Crump, and many more.

The 2017 Sydney Motorcycle Show will be held at the International Convention Centre Sydney (ICC) in Darling Harbour from 24-26 November. For the first time, the show will include an art showcase to present the unique works of four incredible local artists.

Brown, who hails from the New South Wales South Coast is also a renowned industry athlete. He began painting helmets when he was just 16 years of age and over the past 24 years has painted helmets for some of Australia’s leading athletes including Dakar winner Toby Price, three-time World Speedway Champion Jason Crump, three-time Superbike World Champion Troy Bayliss, world renowned stuntman Robbie Maddison and Olympian Courtney Atkinson to name a few. While each helmet is of equal importance to Brown, he cites a helmet he painted for Toby Price as one that one stands out.

“While every helmet is special, the last helmet I painted for Toby Price before he became a Red Bull athlete is a standout. I knew it was going to be the last helmet I would paint that would be personal to him, so I included every name of the event or series that he had raced in up until that moment. The colours were spot on and it was the helmet he wore when he won the Finke Desert Race for the fourth time.”

Price, a five-time victor of the Finke Desert Race and winner of the Dakar Rally said Browns helmets are a work of art.

“Brownie has painted me some of the best helmets I’ve ever seen. These helmets mean the world to me as they are one-off’s not to be made again. It would kill me if I lost these; I’ll be taking them to the grave with me for sure.” 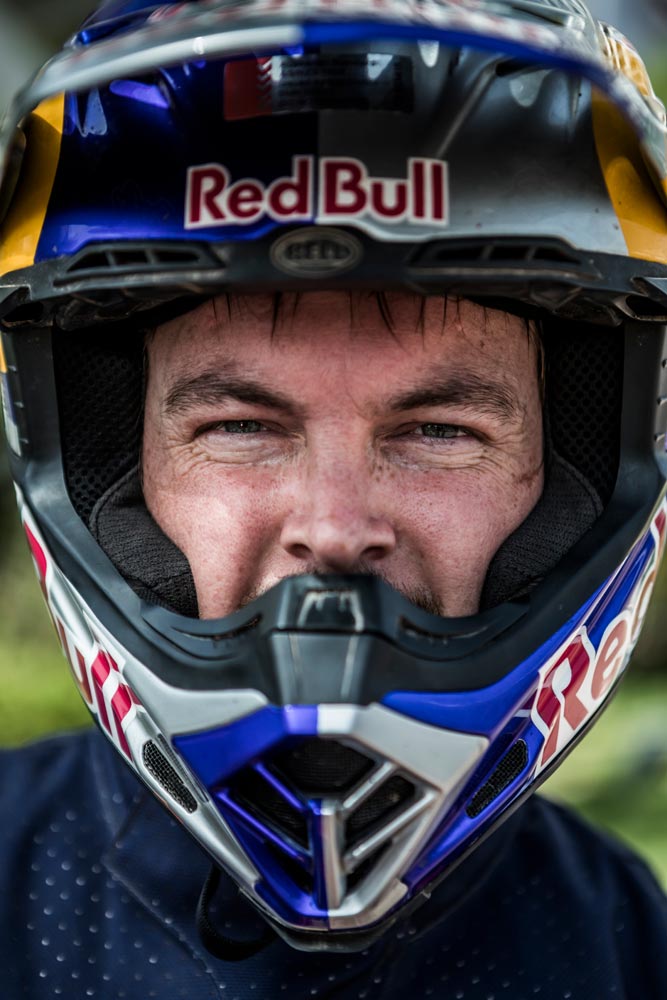 Visitors to the show will get a rare, up close look at all of Toby Price’s custom helmets including the one he wore when he won the coveted Dakar Rally.

Browns unique talent is not limited to painting helmets he has undertaken some incredible projects over the years including painting the Red Bull stunt and race planes, shoes for Olympian Yana Pittman, a skeleton luge for the Winter Olympics and championship trophies for the MX Nationals.

While racing throughout Europe Jason Crump continued to have his helmets painted by Brown.

Behind the scenes with Troy Bayliss at Phillip Island 2008

“From my early days to winning the World Speedway titles when I was racing in Europe I always wanted to support Australian products where possible. Although sponsored by Red Bull Europe I always requested my helmets were painted by Australian artist Mark Brown. I hope visitors to the show enjoy viewing the collection of my helmets that will be on display.”

Event organiser Troy Bayliss acknowledged the art showcase presented a rare opportunity for visitors to the show to view the incredible artwork up close.

“Most of the helmets that will feature in the exhibition are rarely seen outside of a rider’s personal collections these days. To have so many together and on display is unheard of, and is an opportunity not to be missed.”

Showcasing the latest motorcycles, scooters, ATV’S, side-by-sides and much more the 2017 Sydney Motorcycle Show will give visitors the opportunity to engage with industry experts, test ride a range of both adults and children’s motorcycles as well as be entertained by a full program of demonstrations, stunts, and special features.

The 2017 Sydney Motorcycle Show presented by Shannons Insurance is managed by Troy Bayliss Events on behalf of the Federal Chamber of Automotive Industries.
For exhibitor information, please contact mark@troybaylissevents.com. For visitor information visit SydneyMotorcycleShow.com.au or Facebook.