by Phil Aynsley
in Bike Reviews / Products, Features, MotoGP, Motorcycle News, Motorcycle Racing
A A
Share on FacebookShare on TwitterShare

One of the prettiest bikes I have photographed is this diminutive F.B. Mondial 48 Record Special

They manufactured 3-wheeled delivery vehicles up until the factory was destroyed in WW II. In 1948 Giuseppe purchased an advanced DOHC 125cc single designed by Alfonso Drusiani and soon after hired him to run the new racing department.

Mondial produced small numbers of high performance, small capacity road bikes from 1948 through to 1960. After 1960 the company ceased production of their own engines apart from the 2-stroke 48cc motor and bought in 125cc 2-stroke motors from Sachs and Minarelli until the factory closed at the end of 1979 (although from ‘66 to ‘70 the company resurrected their 1950s 160cc 2-stroke motor for use in the Sprint model).

Francesco Villa was employed in F.B. Mondial’s race department during the early ’60’s and was a friend of Giuseppe Boselli. He was allowed to race the old DOHC 125 bikes and won the Italian Senior Championship in ’61, ’62 & ’63. A new DOHC 50cc single was developed with Villa’s assistance in ’62 and with Villa riding, it won three races in France & Italy.

A 125 2-stroke horizontal single with a water-cooled barrel was developed during 1963 with Francesco’s brother Walter joining him for the ’64 season. Francesco won the Italian Senior Championship the following year on this bike, now with both head & barrel water-cooled.

For 1966 two new designs were introduced – 125 & 250 2-stroke parallel twins with vertical cylinders that had water-cooled barrels and air-cooled heads. While very fast they proved to be unreliable. 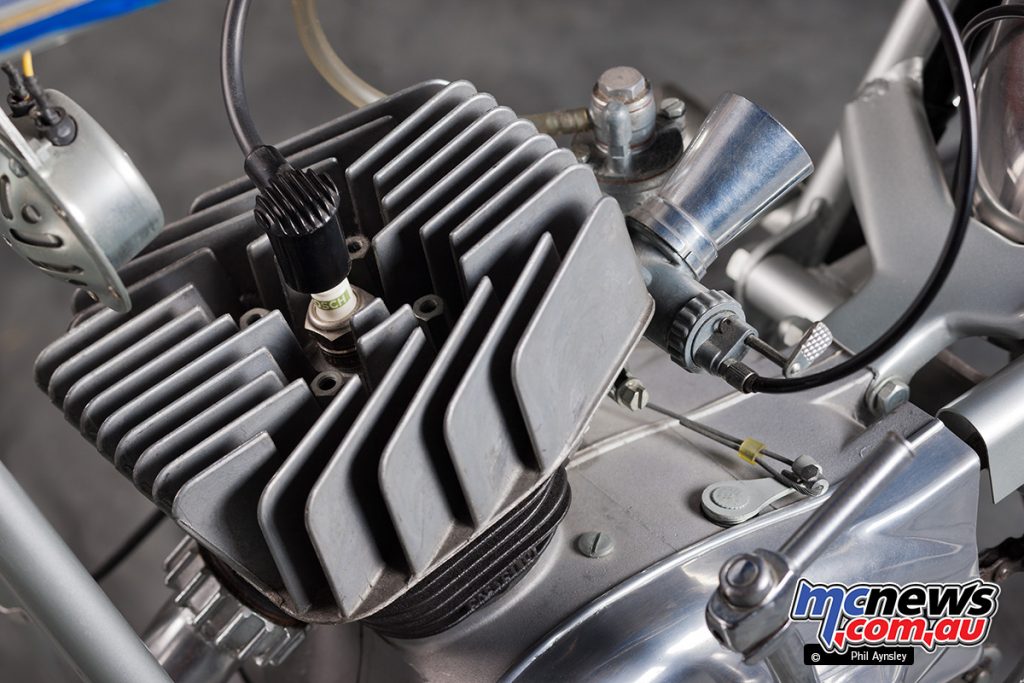 The Mondial name briefly returned in 1987 when Moto Villa (the company founded by the Villa brothers post racing) presented three bikes at the Milan Show – with the agreement of Giuseppe Boselli. They were the 125 Super Sport (2-stroke road bike), 125 GP World Challenge (125 water-cooled racer) and 250 RG Enduro.

The  Mondial name was again revived in 1999 when newspaper tycoon Roberto Ziletti bought the rights to the name and produced a limited number of Piega road bikes, powered by Honda RC51 1000cc v-twin motors. That venture ended in 2004.

Such is the mystique of the brand name however, that in 2014 a new company was formed with the aim of producing 125 & 250cc single cylinder road bikes.

This 1966 F.B. Mondial 48 Record Special seen here has had very little use and is in 100% original condition. It is thought that the model was designed to mimic the look of the company’s 50cc GP machine that was being developed during 1966. Both featured a double cradle frame, mechanical front disc brake and expansion chamber exhaust.