It doesn’t seem like two years since we attended the new model launch of the 2010 YZ250F at Cessnock in the Hunter Valley. Fast forward two years and we are in South East Queensland for the 2012 YZ250F model launch.

If you were going on looks alone, you could be forgiven in thinking that the new 2012 model YZ250F has only benefited from the usual cosmetic changes. Delve a little deeper below the subtly revised skin however and you will find that the new model has come in for a host of refinements and upgrades to what has been, from a sales prospective, the most popular 250 four-stroke motocross bike over the past decade.

Yamaha have been the pioneer in four stroke motocross models since the inception of the YZ400 back in 1998, and the results both here in Australia and abroad, have consistently seen Yamaha at the forefront of motocross competition in both the pro lites and pro open categories.

The new 2012 model has come in for a major overhaul with both engine and chassis significantly upgraded.

On the motor front there is a lighter piston assembly which has reduced the weight by 8.7%. The piston also rotates through a different offset in the aim of reduced friction and thus realise more power.  The crank web and balancer have been refined to match the new piston. A new CDI optimises the advanced ignition timing.

There is also an updated air filter track design to help flow more air to the bigger 39mm carburettor. Yes, you read it right, no injection. Which does buck the trend a little as all the other manufacturers have now fitted EFI to both 250 and 450 machines. I have been very pro EFI on motocross bikes since I rode the RMZ450 for the first time back in 07 and thus was a little surprised at Yamaha’s decision to stick with needles and jets. 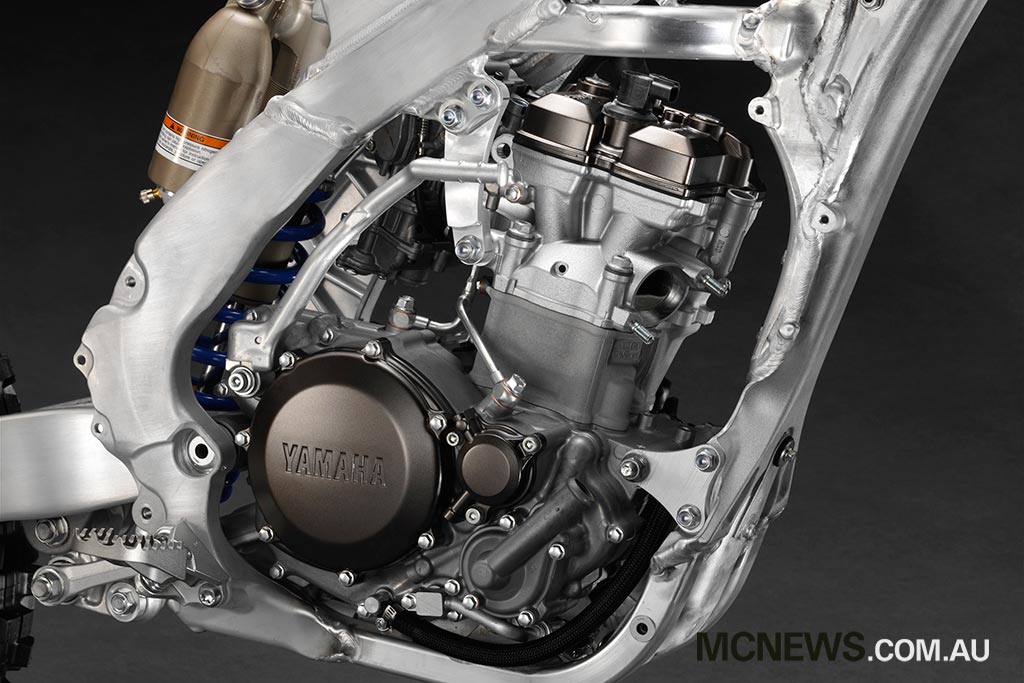 In their defence, Yamaha claims that they have been able to increase power while saving a significant 3.9kg over rivals. I guess the consumer will be the judge, it will be interesting to see if the lack of EFI hurts Yamaha’s market share in this capacity over the coming months. Yamaha stated the improvements for 2012 in the engine were primarily in the 8000-12,000rpm range.

The chassis has also come in for an overhaul, with the main chassis rails going to a twin spar design to help add rigidity. There are also new mounting brackets and the swing arm pivot section of the frame has been beefed up considerably to help improve the overall stiffness. The rear shock has a 16mm inner rod, down from 18mm in 2011 to try and improve the mid stroke feeling with better damping at full stroke.

A reduced offset from 25mm back to 22mm along with the triple clamp from the YZ450 have all had a positive effect on the bike’s overall feeling and steering capabilities. The Kayaba front suspension has been modified with the use of the YZ450 outer fork tubes and lower triple clamp with revised settings for the 250F’s lighter weight. The Pro Taper bars are four-way adjustable.

So.. there is the technical blurb, but does it make a difference on the track? YES.

The launch was held at Stanmore Motocross Club’s circuit and we were blessed that after recent major deluges the rain eased off in the days prior to the launch to allow the track to dry sufficiently for us to put the new YZ250F through its paces.  The Stanmore track has a range of fast and tight sections with some decent jumps and rough parts thrown in to give us a good chance to try out the suspension.

I had not been doing as much riding as I would have liked in the preceding few weeks and was a little concerned that my arms might blow up within the first two laps. I was pleasantly surprised to successfully bang out four x 15-minute sessions at a reasonable enough intensity to get a good feeling with the bike.

The YZ250F is a very nice bike to ride, and I could not really fault it in any aspect.

The chassis upgrades have improved the bikes stability, especially on the rough high speed sections and under brakes.

The reduced offset has also had a positive effect in the way that the bikes holds its line in the middle part of the corner.

We played around with the clickers to get a little bit more damping feel and I was surprised at how easy this bike was to ride fast. In saying that, most of the current four-stroke motocross bikes are a joy to ride as they seem to do everything well without burning up unnecessary energy.

The engine was responsive and seemed to have good mid to top-end horsepower. It lacked a little bit of feel off the bottom, when labouring the bike out of a tight corner, but nothing that is too much of a hindrance.

I over jumped a few of the table tops and I didn’t once have an issue with a hesitation or a misfire when getting back on the throttle. Clearly there is life left in the carburettor yet and I was quite surprised at how nice it felt after my recent steady stream of injected mounts. 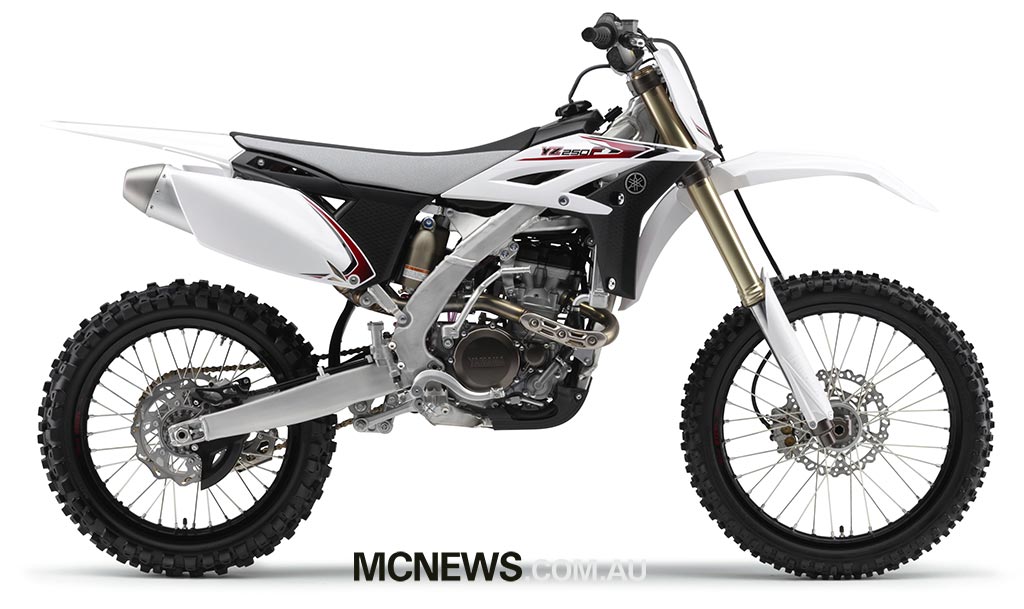 I think Yamaha have done their homework and have improved some key areas in the 2012 model. The chassis improvements have made what was a great bike to ride even better with improved stability and more accurate steering.

The engine feels smooth and strong although I personally would be happy to sacrifice the claimed weight advantage and have EFI, although as I mentioned earlier, the carby certainly worked a treat on our test machine.

Yamaha have also managed to keep the retail price the same as the 2011 model with a RRP of $10,999 for the standard blue model, or for an extra $100 you can choose the SE version in white. Both colour options include black rims and gold chain.

For a model that has received the amount of upgrades that this bike has, that’s good bang for your buck. Yamaha’s 2012 YZ250F is officially released for sale in Australian showrooms this week. 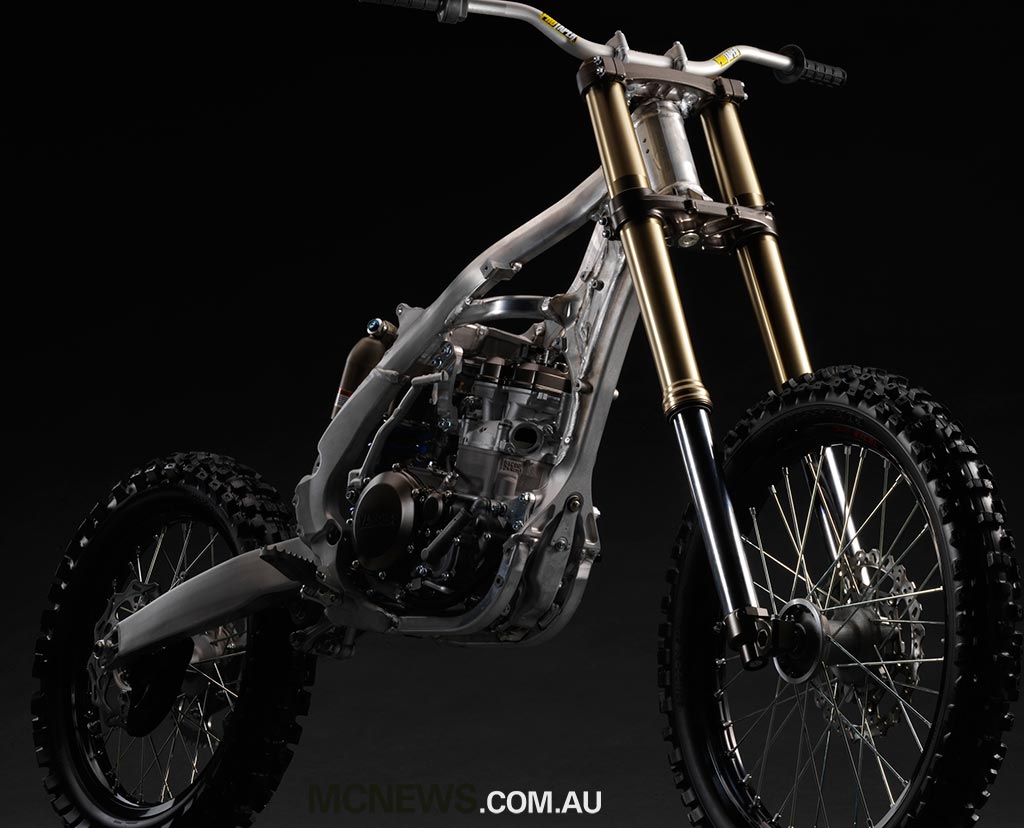