Agius, Baker and Van Eerde in for 2018 Asia Talent Cup

Two youngest in the entire field to make it are Aussie 12-year-olds Senna Agius and Ben Baker.

Billy Van Eerde is going to be busy… He already made the 2018 MotoGP Red Bull Rookies and will now also race the 2018 Asia Talent Cup! More than dozen race meetings for Billy throughout Europe and Asia… 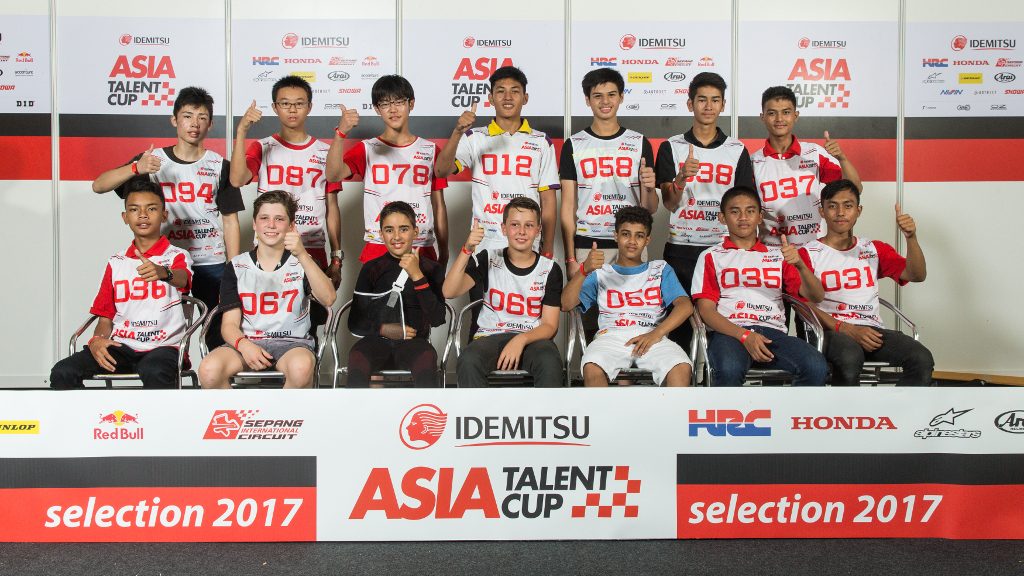 The Selection Event for 2018, held at Sepang International Circuit in Malaysia, has seen 14 new riders chosen to join the line-up for next year.

86 aspiring participants from many different countries took part in the Event, with boys and girls aged 11 to 21 making the journey from Malaysia, Indonesia, Japan, Thailand, Turkey, China, Indonesia, Bangladesh, Iran, the Philippines, Qatar, Sri Lanka, New Zealand and Australia to take part – wanting to start their journey on the Road to MotoGP. 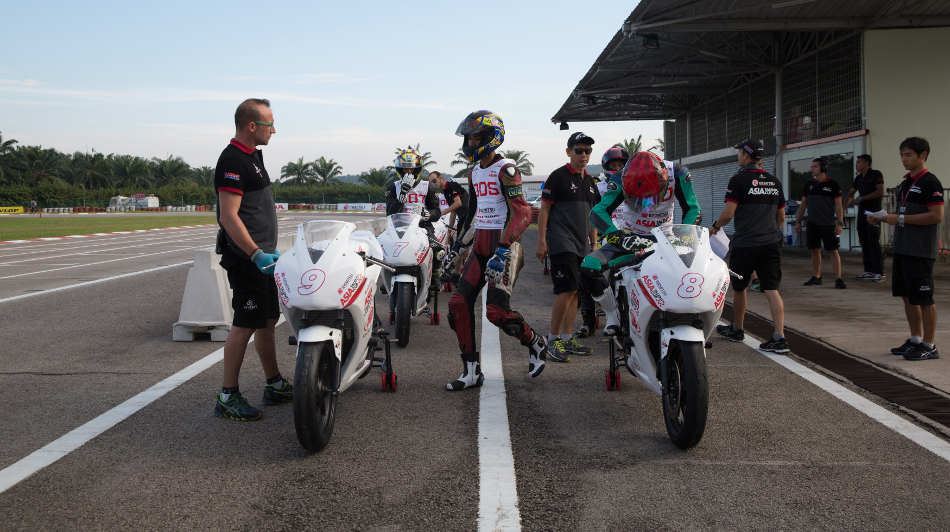 The Selection Event began early as Cup Director Alberto Puig did a welcome briefing for riders, and at 8 o’clock the engines switched on. The track was hot from the start, with sunny and humid conditions remaining until some early afternoon rain – a typical storm in Malaysia. Once the track was dry once again, action resumed to choose the riders ready to line up next year.

All the riders had two initial 10-minute sessions each to demonstrate why they should be selected, under the watchful eye of Alberto Puig and his team – including an appearance from MotoGP rider Jack Miller. 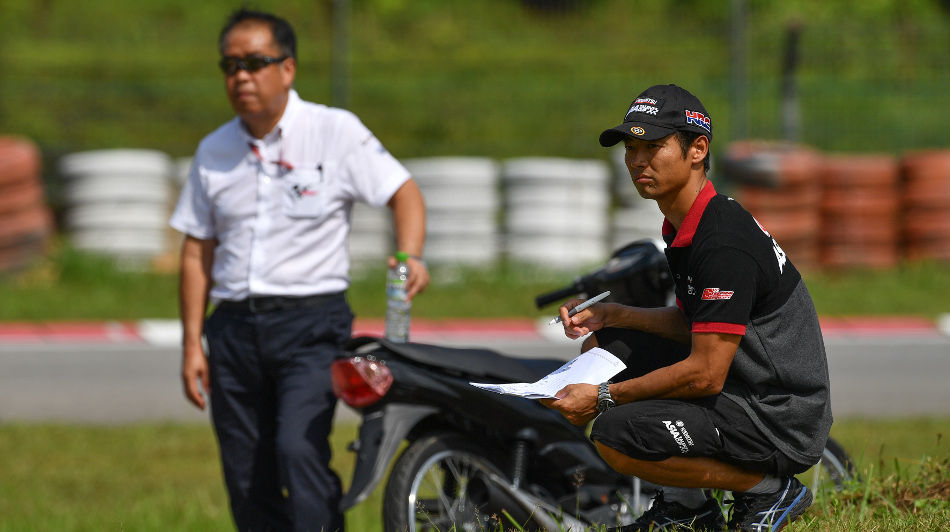 After these sessions, 21 riders were chosen to continue in the Event, each given some more time on the track. All the candidates were riding Honda CBR 250R machines on the Sepang Go-Kart Circuit – making it a real taster of the Cup on the same bike they will compete on in 2018. 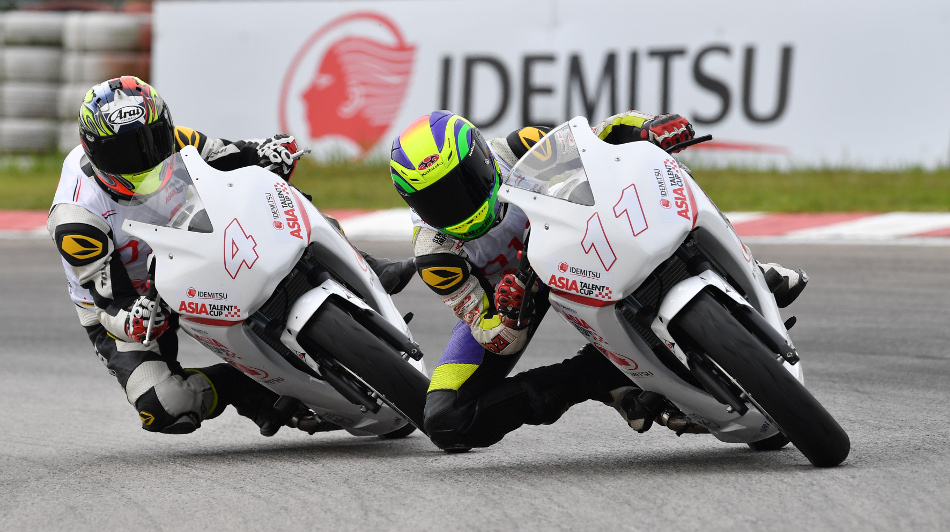 After a long day, the Selection Committee had a difficult decision, but were able to choose the final group selected to take part in the 2018 Idemitsu Asia Talent Cup. The Cup Director Alberto Puig then announced the 14 riders chosen to complete full time, as well as the five further riders put on a standby list of reserves for next year.

“It was a long day, and as always it was difficult to make a decision,” explains . “We tried to analyse everything as best we could, with a lot of data from laptimes and what we saw…there were a lot of people here today working on this project. We are happy with the decision. We think the final line up is correct. It’s the first time we’ve used the new machine, and we’re really satisfied. We were a bit worried that the bike was a bit big for this track, but we say that we saw how the riders were turning, how the bike was handling, and the laptimes were faster so we’re very happy.” 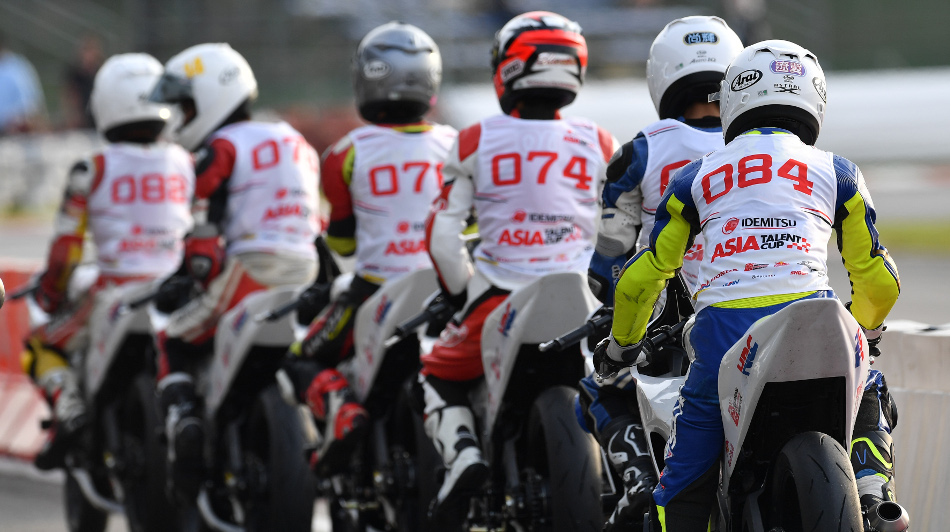