Will Marquez break Ducati’s stranglehold on the Austrian MotoGP?

MotoGP heads to the Red Bull Ring in Spielberg for the 11th round of the 2019 MotoGP World Championship this weekend as the myWorld Motorrad Grand Prix von Österreich takes centre stage.

Red Bull Ring is a 4,318m strip of asphalt set amongst the picturesque mountains of the Styrian region, but its beautiful location contradicts the demanding nature of the track.

The circuit, with just two clear-cut left-hand turns and one very fast left curve, allied to the seven right-hand corners which give a lot of stress to that side of the tyre, all added to four straights and the highest average lap-speed on the calendar, plus a very abrasive track, makes Spielberg one of the biggest challenges for Michelin during the 19-race season.

Since the Red Bull Ring and Austria returned to the calendar in 2016, only Ducati have won there. And that means, therefore, that reigning Champion Marc Marquez (Repsol Honda Team) is yet to conquer Spielberg. Will 2019 be the year?

The increased top-end power of the 2019 RC213V might make the difference this year that will enable HRC to break Ducati’s stranglehold on the Austrian round.

“It has certainly been a busy return after the summer! Of course we are very happy about the result in Brno but now we must focus again and prepare for Austria. The Red Bull Ring is a very unique circuit that demands a lot from the brakes and from the power of the bike. In the past we have had some very exciting races there so this year I think it will again be very interesting!”

Dovizioso’s 2017 victory against Marquez was one of their many classic duels and the Italian was back on the podium at Brno after a more difficult few races.

“We can’t deny that the Red Bull Ring is an excellent track for us, this is clear from the results achieved there in the last few years, but as I’m always saying, each race has its own story to tell. Last year Márquez finished ahead of me, so I’m sure that this year he will again be competitive. The most important thing is to focus on ourselves and maintain the feeling we found at Brno, both during the weekend and during the test, which was very positive. We’re going to try everything we can again, and for sure we’re not going to give up.”

And then there’s teammate Danilo Petrucci, now a Grand Prix winner after that stunning victory at Mugello, and he could make it four different riders in a row to win for the Borgo Panigale factory. More than points, this weekend is pride on the line.

“I can’t wait to get back on the bike again in Austria after the disappointment of Brno. It’s going to be a race in which on paper we should be able to fight for a podium place to keep our hopes alive, but I believe that the forces are pretty evenly balanced and we don’t start as favourites as in previous years. We’ll see how things are already on Friday. I had some excellent sensations during Monday’s test and I want to maintain this feeling in the next race weekend.”

And can Jack Miller (Pramac Racing) get in the fight? He was on the podium at Brno for the second time this season and, earlier in the year, was the only man to have overtaken Marquez for some time. He’s top Independent Team rider too, having pulled out some breathing space on Cal Crutchlow (LCR Honda Castrol) in the standings, who incidentally hits a milestone of 150 Grands Prix. Crutchlow could also be one to watch in Austria, having come home just off the podium last season and the Honda remaining a match for the Ducati…

Alex Rins (Team Suzuki Ecstar), meanwhile, could face a more difficult weekend. Honda and Ducati have ruled in Austria and the Suzukis, like the Yamahas, may need to pull something special out the bag to contend. But to finish first, first you must finish and the Spaniard was back on it at Brno after two uncharacteristic crashes from podium contention before summer. What can he do?

Rins will be flying solo in Austria after Joan Mir’s crash during testing at Brno has ruled him out of participating in this weekend’s racing.

“It’s such a shame to miss this race following the incident in the Brno Test. It was a big crash and I was transferred to the hospital for further checks because I rolled through the gravel many times and took a lot of hits. At the beginning I struggled to breathe because of the pulmonary contusion, but step by step I improved and now I’m feeling better. The next thing is to go to the Hospital Dexeus where I will undergo some more medical checks so I can be assured that everything is alright, then I will head home to recover and restart my training. It’s a big pity because I was feeling really good with the bike and we were completing a fantastic test. Now I have to think day by day, try to recover, and aim to be 100% for Silverstone. I want to keep up my momentum with the bike and continue growing in the top class. I must thank all the people who looked after me; from the Clinica Mobile, to the circuit medical staff, Brno hospital, and all the team members. Thanks also to all the fans who have sent lots of positive and supportive messages.”

And can Valentino Rossi (Monster Energy Yamaha MotoGP) and team-mate Maverick Viñales – who hits 150 GPs – create any magic in the mountains? Yamaha were a force to be reckoned with at the Brno test, but Austria is a very different venue, and the top end horsepower deficit currently suffered by Yamaha could be very telling at the Red Bull Ring.

“At the Brno test we didn’t have a lot of new items to improve the acceleration, so we wanted to focus on the package we did have to create the best performance level. We worked on braking later and deeper. Spielberg has stop-start corners, so we need to change our lines and I worked on it. We know we will suffer on acceleration. We focused a lot on improving the front instead and the bike’s feeling. I’m heading to Austria with a clear mind, feeling motivated as always. I’m not sure what results to expect, because it’s a very difficult track, but we will try to be there, close to the front guys, and fight.”

“We get back on track again and I’m happy, because we have to work on the bike with my team. We want to go back to making good races. The Brno test was positive. We found some interesting things, for example a setting that I like and other things too. The Austria circuit is not really good for us, but we will do our best. We will try something we used in the Brno test to try to understand if in Austria we can get better. Anyway, to return to the track immediately after the test is positive.”

The man on top at the Brno test earlier this week though was Fabio Quartararo (Petronas Yamaha SRT), and the rookie often doesn’t seem to play by the formbook of the factory team. Leading Rookie of the Year comfortably, he’ll likely have his sights set more on Crutchlow and Miller ahead of him in the Independent Team rider standings.

“We know that it won’t be an easy track for us, but we’ll use the factory Yamahas as a benchmark. We know that some other bikes might have a little bit more power and that Spielberg has many long straights, but we’re going into the weekend really calm and not about to make stupid mistakes. It’s a totally different track and it’ll be nice to try out a new challenge on the YZR-M1. It’s a track that has always been positive for me in Moto2 and Moto3 and I know I’ll enjoy riding there a lot, but we’ll have to wait and see what will be possible on Sunday.”​

But he’ll have to contend with teammate Franco Morbidelli, who will be eager to bounce back from a crash that was no fault of his own, and fellow Independent contenders like Takaaki Nakagami (LCR Honda Idemitsu) and Aleix Espargaro (Aprilia Racing Team Gresini).

“It’s going to be a difficult weekend for sure, but we’ll keep believing in ourselves. We’ve been able to be very fast on some occasions this year and this will be a weekend where we have to understand how to be fast all the time. We’ll gather lots of data and study hard to make the best out of it. It’s a circuit where I’ve got good memories though, and I really like riding the track. With our bike and all the straights I know it’s going to be tricky, but let’s just wait and see how tricky it will be.”​

And then, of course, there’s the home manufacturer: KTM. Pol Espargaro (Red Bull KTM Factory Racing) just can’t seem to stop impressing and has been one of only two riders to have scored in every race this season – the other being Petrucci. He’ll want to put on the show of the season on the Austrian factory’s home turf, especially after losing out on the chance last season through injury.

And teammate Johann Zarco, fresh from taking KTM’s first front row last time out, will be out to prove a few things too. Can Miguel Oliveira (Red Bull KTM Tech 3) and teammate Hafizh Syahrin showcase some pace as well?

“This Grand Prix is going to be for sure a very special one for us, being at the home for both, Red Bull and KTM. We feel we need to deliver a very special weekend in terms of results, in terms of availability to the media, to the guests and of course this is a place – more than anywhere, where we would like to shine to thank both, Red Bull and KTM for their investment, for their support. We arrive in Spielberg with an interesting and fruitful day of testing in Czech Republic on the Monday. Both riders were happy with the outcome of the test. Miguel received some upgrades that were already used by the factory KTM riders and he liked these new items a lot. Hafizh worked a lot on his riding style and understanding of the KTM RC16 and I believe we arrive in Spielberg ready to produce a good show and to make the KTM fans happy and proud about us. For sure there will be many orange flags around the circuit and hopefully this is going to be an event to match their expectations. We arrive full of confidence, full of energy and hopefully there will be a smile on everybody’s face of the Red Bull KTM MotoGP operation on Sunday night.” 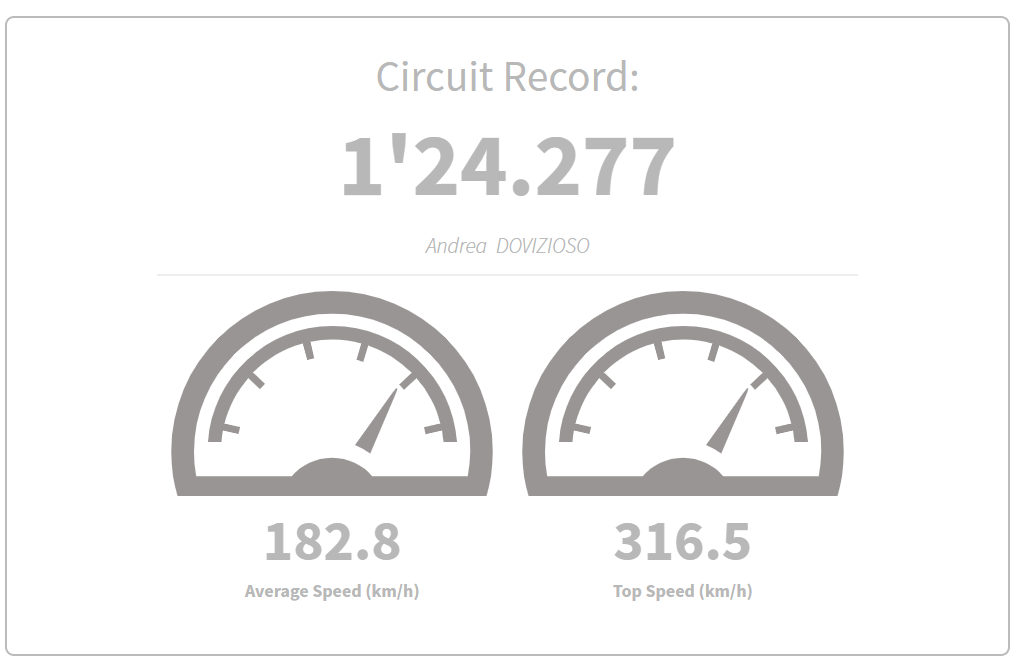 Marquez overcomes the Ducati horde to take pole in Austria

A guide to shipping motorcycles from Australia to Europe or NZ