KTM released the 790 Duke last year to criticial acclaim but they have one-upped the concept for 2020 with a new 890 Duke R. The new model does not replace the 790 Duke, but will sell alongside it as a more premium option that delivers a bit more sting and will arrive in Australia sometime in the second-quarter of 2020.

And for the first time in the known history of the universe a KTM model displaces the cubic capacity it says on the box!  The 890 Duke R displaces exactly 890 cc thanks to both a bore and stroke increase over the 790 Duke, which actually displaced 799cc.

Urgency under throttle is also sure to be more responsive due to a large increase in the compression ratio from 12.7:1 to 13.5:1. The 790 is already very impressive in this regard so I am especially eager to sample the response of the 890.

With the increased focus on outright performance the ergonomics of the 890 Duke R are also more aggressive than found on its sibling. Lower bars, higher pegs and a 9 mm taller seat height round out the rider triangle. 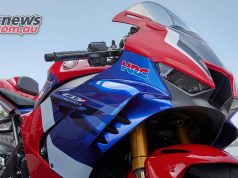