Aruba.it Racing have confirmed their roster for the 2018 WSBK season, extending their collaboration with Marco Melandri for an additional year, meaning he will continue in the Ducati garage with Chaz Davies for another season. 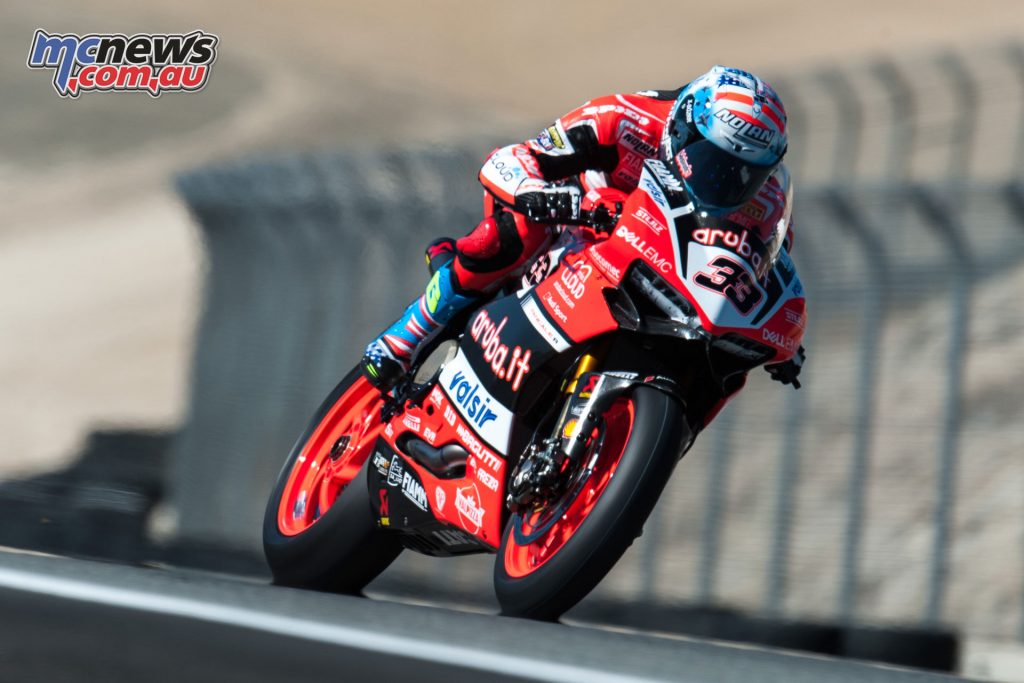 “I’m really happy for the opportunity to prolong this professional collaboration, which represented a new beginning in my career as a rider,” said Melandri. “Together with Ducati and Aruba.it, we enjoyed some really memorable moments, while in other occasions I think my long break from racing affected our performance, so I’m sure there’s still plenty of room to improve. To this end, continuing with the same team and the same bike represents the best possible opportunity to achieve higher goals. I’m ready to tackle a new season with more experience and confidence, and it’s a challenge that makes me incredibly happy. First of all, however, we need to finish the current championship as strongly as possible. With five rounds to go, we’ll always give our 100 percent and assess our performance in the end.” 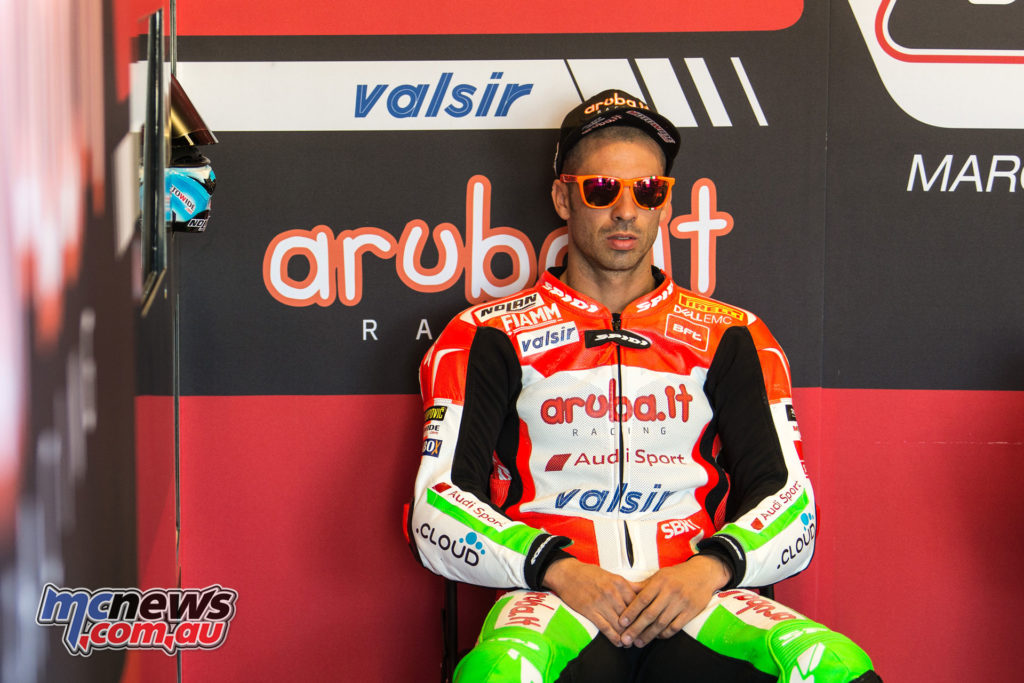 The synergy between the 35-year-old Italian and both the team and the Panigale R was clear from the very beginning, and Melandri showed his competitiveness to collect seven podiums – including a memorable win at Misano in front of the home crowd – in eight rounds thus far.

Melandri will share the pits again with Chaz Davies, who signed a two-year contract in 2016, to form one of the most successful pair in WorldSBK with a collective prize record of 44 wins and 115 podiums to date. 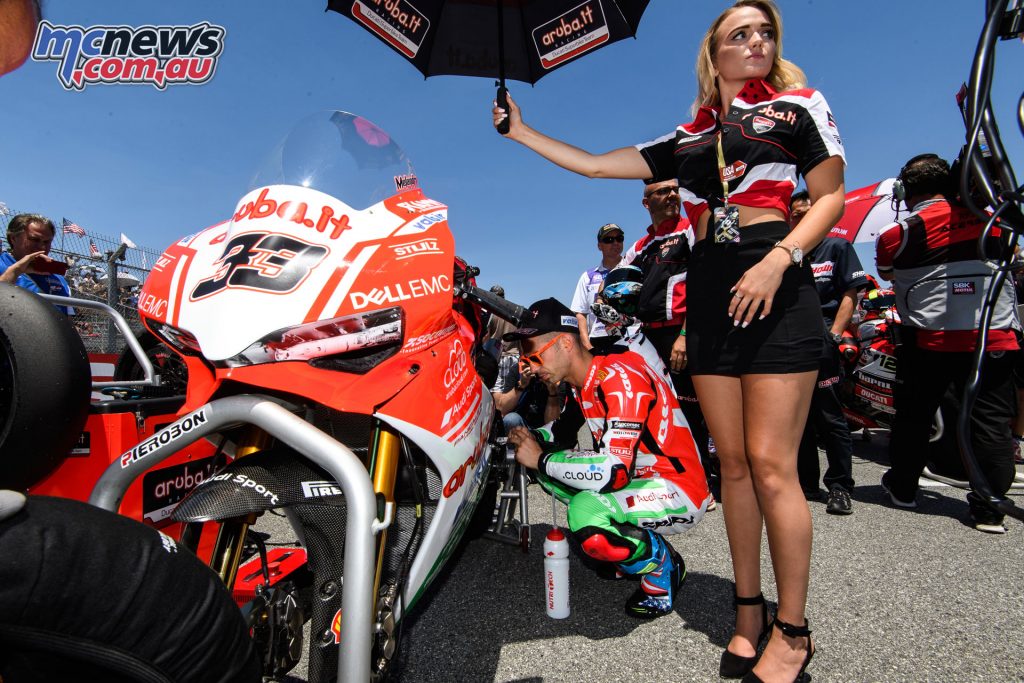 “We’re really happy to consolidate our efforts in the WorldSBK Championship based on continuity, both in terms of the technical package and the riders’ roster. One year ago, Marco started a new adventure with great enthusiasm, showing his talent since the very first outing with the Panigale R despite coming back from a long absence. His qualities are quite obvious, as shown by the results achieved thus far this year. That said, we believe we can reach even more ambitious goals together. With Melandri and Davies, our target is obviously the championship title, both in the Riders and Constructors standings.”

“From early on, Marco seamlessly integrated within our ‘family’, showing both great speed and professionalism. He worked constantly together with Chaz to develop and improve the package, stepping on the podium already in the opening round of the season, at his official debut with us, and steadily fighting for top positions. Therefore, our priority was to confirm the current riders’ roster. Both Marco and Chaz can aim at the title, and we’ll do our best to always give them the necessary tools to win.”