With the necessary paperwork out of the way, the activities focused on various briefings as well as looking into regulatory and technical details, as well as photo shoots to model the leathers with which the riders will compete this year.

After these preliminary activities, the young riders from Malaysia, Japan, Indonesia, Thailand, China, Singapore and the Philippines faced the demanding five kilometre-long Aragón circuit at the controls of their Honda NSF250R Moto3 bikes which they will race in this year’s Shell Advance Asia Talent Cup.

Under the watchful eye of Alberto Puig, talent scout and the man at the helm of the championship, the riders undertook their four days of training, divided into various groups. Not only did they look into improving riding technique, but also used the time to adapt to their motorcycles and take more advice from Puig ahead of the opening race of the season which coincides with the start of the MotoGP™ World Championship campaign in Qatar on Sunday 23 March.

Alberto Puig, Shell Advance Asia Talent Cup Director: “The important thing is that we have achieved what we set out to do, which was to get laps in. We have been lucky with the weather because it has not rained – it has been cold, but it has not rained – and this is very important because they have been able to get many laps in. That was the goal.

“The bike worked well and the riders understood it well, as well as understanding the tyres well. It was a question of adaptation, as many had never ridden this bike, so I am very happy about that because achieving plenty of laps was the goal this week.” 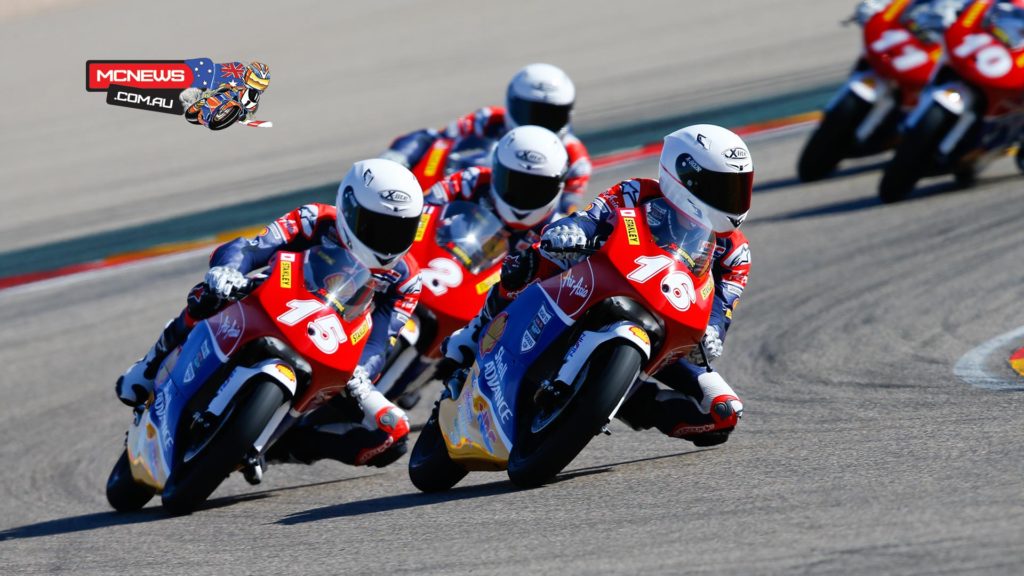 Thompson sixth in Race 2 as Danish takes another ATC win