Biaggi & Capirossi on track at Mugello on RSV4 RFs

Max Biaggi and Loris Capirossi were out on track at Mugello, reminding many of their Grand Prix motorcycle racing days as they went out on track astride their Aprilia RSV4 machines, taking advantage of the sixteenth round of the season with Aprilia Racers Days 2018.

Fans who went to Mugello to enjoy a day in the saddle were pleasantly surprised to be sharing the track with two multiple-world champions, riders who have written legendary chapters of Aprilia history.

Max and Loris held nothing back, neither on the track with a series of laps, nor in the garage where they were besieged by riders seeking a photo opportunity or (and there were many) asking for advice on the right setup or the best way to tackle the Tuscan track.

“Fantastic! Of course, the things we did when we were racing cannot be repeated, but with this bike you really go fast and Loris still has his style, so it was like taking a ride down memory lane. This RSV4 is a bike made for the track. It felt like I was back on my SBK. You really go fast and it is a lot of fun. An experience to repeat.”

Biaggi and Capirossi turned laps on the RSV4 RF and the Italian V4 equipped with the Factory Works kit, tuned by Aprilia Racing and offering even higher performance. At the end of the day, along with the parting greetings, they promised to be back on the track soon, even in next season’s Aprilia Racers Days.

“Having the track all to ourselves and precisely here at Mugello was an emotional experience. As always, Max never gives in and he really opens up the throttle. I enjoyed the RSV4 very much, especially in the Factory Works version. At Mugello, power and torque count for a lot and I truly had a lot of fun.”

The event at Mugello was the 16th of 18 scheduled Aprilia Racers Days 2018. It gives enthusiasts the chance to test the top models in the Aprilia RSV4 RF and Aprilia Tuono V4 1100 Factory ranges on some of the most thrilling tracks in Italy.

Imola, Vallelunga, Misano and Mugello are just a few of the tracks on which hundreds of riders were able to test the performance and quality of the two bikes fitted with the Aprilia 65° V4 powerplant. 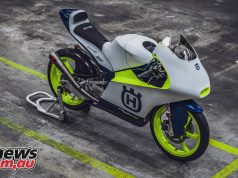 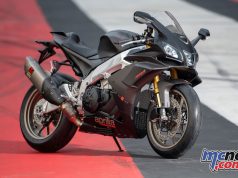