BMW Motorrad is celebrating the New Year with promotional packages on many popular models.

Purchasers will receive fantastic added value to the already competitively priced models. The incentives, depending on the model, will be in the form of a Factory ABS Rebate, complimentary panniers, complimentary GPS unit “BMW Navigator 4″ or in the case of the class leading S 1000 RR, an Akrapovic titanium/carbon slip on exhaust.

General Manager BMW Motorrad Australia and New Zealand, Tony Sesto, said ” Make 2012 a Leap Year to remember. The perfect time to get behind the ‘bars of a new BMW motorcycle”.

The “Come to Your Senses. All of Them!” offer includes:

The “Come to your Senses. All of Them!” offer will run from December 24 and end on February 29 2012 and is available only at authorised BMW Motorrad Dealerships. 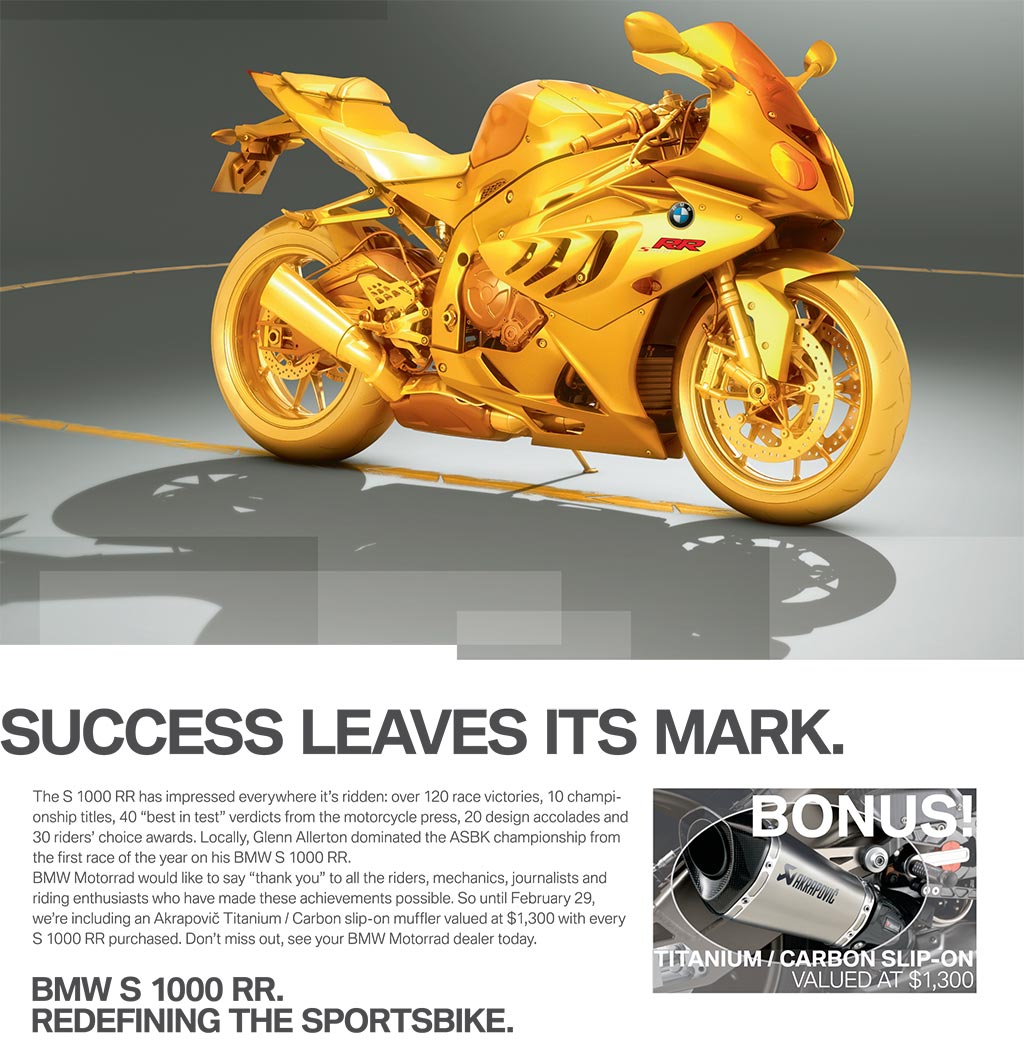 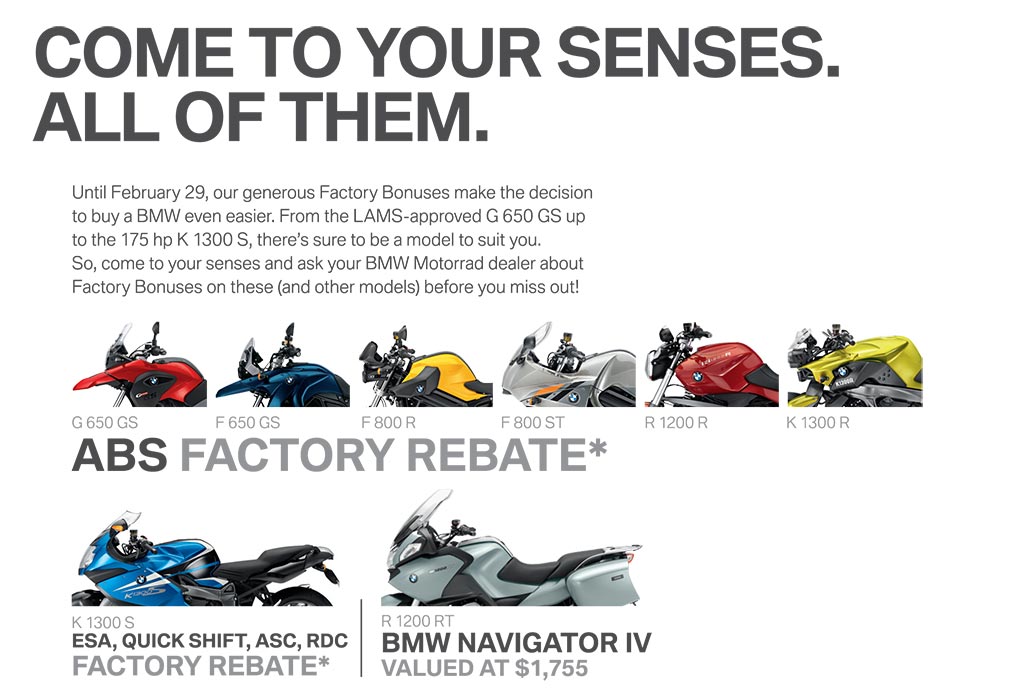 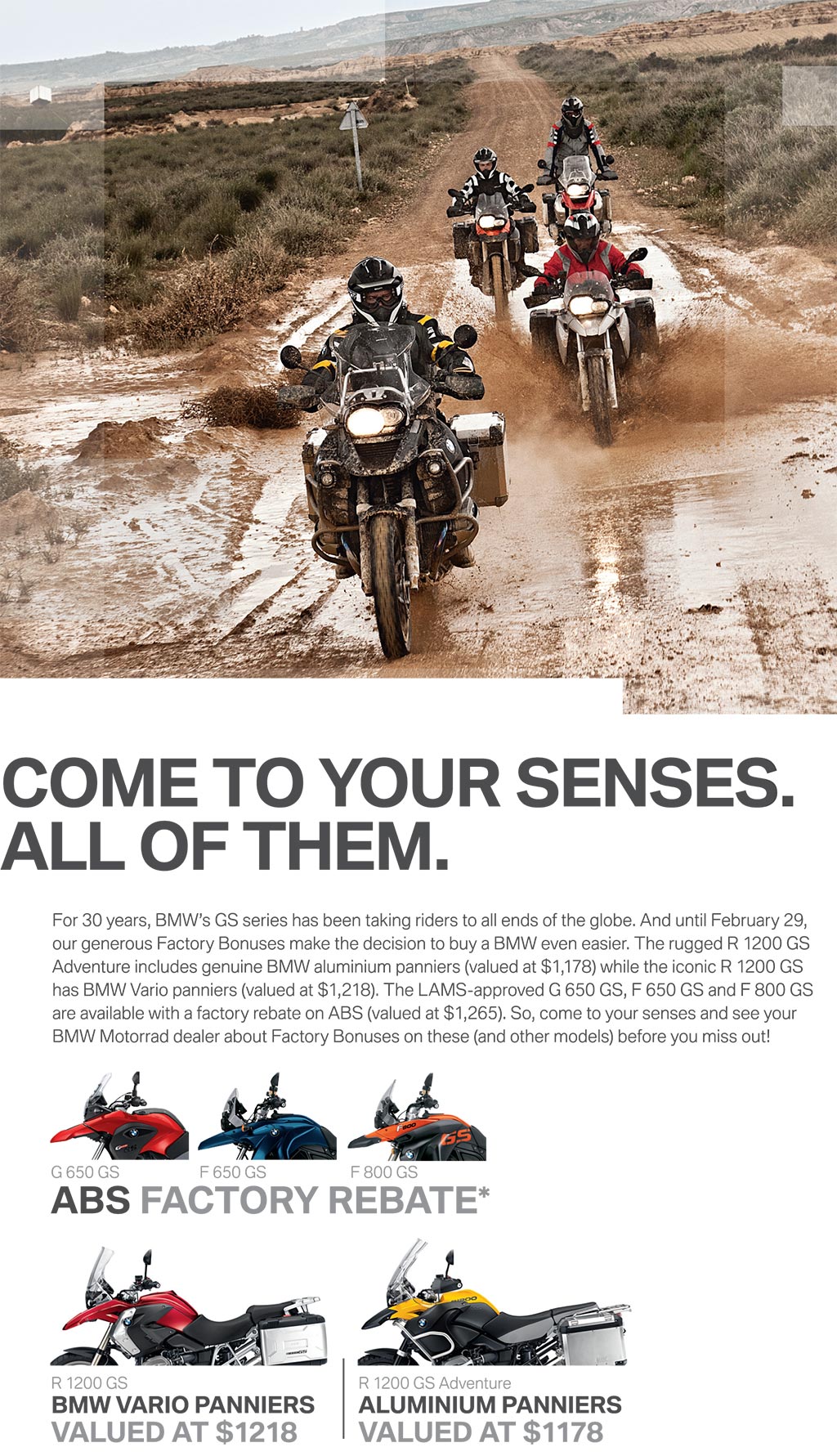