Leon Camier took his fourth consecutive pole start ahead of the fifth round of the ViSK British Superbike Championship in association with Pirelli at Snetterton.

The Airwaves Yamaha rider, who leads the title chase, put in the fastest lap of the weekend in the second element of the grid deciding Swan Combi 50 Roll for Pole, just before rain began to fall.

Conditions deteriorated at the Norfolk circuit and in consultation with the Team Liaison Group, the decision was taken to cancel the third part of the grid decider, with the starting positions decided on the basis of times in the second session.

“It is not the ideal way to get pole, but, at the end of the day that doesn’t really matter,” said Camier, adding: “the mixed conditions of the track would have been dangerous and you could have fallen at any second if we had gone out.

“I like to think that I can repeat my victory of last year, but these will be hard races, as the qualifying times are so close and with slip-streaming so important here, it will be hard to make the break.

“I am planning a strategy on how to run these races and hope we can be out front in the races,” added Camier who with six wins from the eight races so far has opened up a 38 points advantage over his team-mate James Ellison who starts alongside him at the front of the grid.

Ellison had put in a best lap of 1m 05.407secs to be running just 0.048secs up on HM Plant Honda rider Josh Brookes, who having earlier led the first part of the grid decider, was having his best qualifying performance of the season so far to be third, and on a front row completed by Flying Scot Stuart Easton on the Hydrex Honda.

World Endurance Champion Julien da Costa headed up the second row, running a split second up on his MSS Colchester Kawasaki team-mate Simon Andrews with Ian Lowry on the Relentless Suzuki ahead of the Motorpoint Henderson in the hands of Chris Walker.

John Laverty, Buildbase Kawasaki; James O’Halloran on the SMT Honda; Karl Harris, riding Hydrex Honda and Graeme Gowland on the Motorpoint Henderson Yamaha were on the third row while Gary Mason, the unbeaten leader of the Mirror.co.uk Cup ran 14th best, to start his Quay Garage Honda from the fourth row.

Mason’s rivals Martin Jessopp, on the Riders Racing Honda; Peter Hickman on the Ultimate Racing Yamaha; and Hardinge Doodson Honda’s Tom Tunstall were on a fifth row completed by Worx Crescent Suzuki’s Michael Rutter who was slowed by a machine problem.

Supersport Pole for McConnell at Snetterton

Billy McConnell has taken a superb pole position at Snetterton at round five of the Fuchs-Silkolene British Supersport Championship, aboard his MAP Raceways Yamaha.

The young Australian, who is currently leading the challenging Championship, put in his superb lap time during the dry first qualifying session and no-one was able to better that due to wet weather ahead of second qualifying.

McConnell said: “It’s all good. My MAP Raceways Yamaha is working really well. K-tech has been helping out with my suspension settings and assisting my technicians Andy and Johnny. We don’t have any problems but we are just working on improving feel. I got a good lap in at the end which was enough for pole. I’m really looking forward to the race as I want to consolidate my Championship lead.” 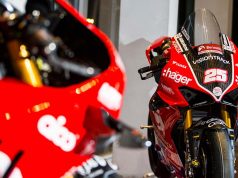 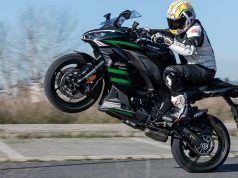 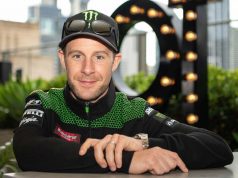