Cocklebiddy, our start point for day four, is near the Eyre Bird Observatory, which offers camping facilities, while the caves are recommended for experienced organised groups, the world record for the longest cave dive in the world was set in the Cocklebiddy caves.

Cocklebiddy also features vast underground lakes which Australian Army Engineers tried to tap into in World War II, only to discover they are salt water lakes, with a desalination plant then being added to provide fresh water. I first chuckled at this sign 20 years ago, when I first crossed Australia by motorcycle, that time around it was a DR650, and, funnily enough, that model DR650 still hasn’t changed in that 20 years either.  There might have been room to put the population count of kangaroos on the sign, but you would need another 50 signs to try and put enough numerals on their to count the flies!

We took the opportunity to do some roll on comparisons from 100km/h in the middle of nowhere. With all bikes in sixth gear, the Harley is turning 100rpm or so lower than the Indian, while the Triumph, the only bike with no tachometer function, seemingly also around that 2500rpm mark says my seat of the pants rev counter, while the Guzzi is turning around 700rpm more for the same speed. At that 3200rpm the Guzzi is certainly not busy at all, it feels comfortable, it will happily spin along at twice those revs when at play.

In the rolls on nothing separated the larger engined bikes, the Triumph, Harley and Indian were all pretty much identical, and the results that close that they were variable. The only constant was that the Guzzi won, from the first snap of the throttle it surged ahead and then continued pulling away. While the others all top out around 180km/h, the Guzzi will do that in fifth if asked, and then pull a little further in sixth. The throttle on the Indian has a longer turn throw than the other bikes, and required more of a concerted twist on the grip to get maximum urge happening.

Heading East along the Eyre Highway the next relatively major stop is Norseman, where the Coolgardie-Esperance Highway and Eye Highway meet at a Y-intersection.

Norseman was a major gold region in its heyday, and the second richest goldfield in Western Australia. It was so named, apparently, after the horse of Lawrence Sinclair uncovered a gold nugget in 1894. Today Norseman’s population is in the region of 800 people.

Boasting a hospital, high school and a public swimming pool, that I have taken advantage of during previous trips, Norseman also has two 24-hour roadhouses, with a variety of accommodation options on offer. Attractions include the Beacon Hill Lookout, offering a great opportunity to survey the town and countryside from a height that is rare across this largely flat section of Western Australia, while the local architecture may be of interest to some, along with the Old School of Mines and the possibility of gemstone fossicking.

Leaving Norseman, heading South the Coolgardie-Esperance Highway takes you to Esperance and Castletown on the coast, where you can take the South Coast Highway towards the West Coast, with a huge variety of possible routes heading towards Perth. This is the preferred option for those with time on their hands, with Esperance boasting some beautiful stretch of beach. We however, were under time constraints, and thus turned North, which leads directly to Coolgardie. We stuck with our daily program of not taking the most direct route, and took a detour along the Goldfields Highway, traveling through Kambalda and up to Kalgoorlie, which is the rural centre with a population of 30,000 and features the Super Pit and ‘Golden Mile’.

It’s the obvious stopping point, with a number of historic buildings (pubs) like the Exchange Hotel, Palace Hotel, Old Australia Hotel and the York Hotel, not to mention the Town Hall, all worth a visit, while the School of Mines building offers an opportunity to find out more about the core industry in the region.

Kalgoorlie is also renowned for its brothels, although by all accounts their best days are over, with tourists often being ushered through the premises for historic tours, with the services traditionally offered no longer being contained to the brothels themselves, who knew they’d be such an attraction to the grey nomads!

The Super Pit was once Australia’s largest open-cut gold mine, 1.5km wide and 3.5km long with a depth of 570m, and is run by Kalgoorlie Consolidated Gold Mines. The Hannans North Tourist Mine, which is open to the public, offers the ideal glimpse into the everyday going ons of an underground mine, including some of the machinery in use.

We took the opportunity to take the motorcycles into the vast expanse of attractins offered up by the Hannans Tourist mine, with only the room for one lens and no lighting equipment, the results were still pretty good.

Here the Moto Guzzi is lined up against a 994 Wheel Loader – you could fit all four bikes in its bucket with room to spare. The 994 is rated to carry 35 tonne and boasts specs that dwarf the Moto Guzzi, except in the top speed department. The 994 also doesn’t boast traction control, however, the 793C haul trucks it fills do have such electronic safety aids.

These trucks carry up to 370 tonne per load and to put that in perspective, the mines generate about two-grams of gold for every tonne of ore, with a gram of gold worth $40. Almost 23 tonne of gold is mined each year on average.

Other attractions in the area include the Boulder Loopline Tourist Railyway and Boulder Railyway Station for train enthusiasts, with the Goldfields War Museum including armoured vehicles, as well as uniforms, weapons and memorabilia, covering conflicts from the Boer War through to Vietnam.

Prospecting is also a popular tourist activity although restrictions apply with a Miner’s Right required on vacant crown land.

Heading on from Kalgoorlie it was once again West towards Perth along the Great Eastern Highway, this time 224km along to Southern Cross, with a population of just over 700, and the town considered the gateway into the Goldfields from the West and into the Wheatbelt from the East.

As the sun got lower on the horizon we were riding into direct sun, and despite the late hour the ambient temperature, according to the Guzzi instrumentation, was still nudging 30-degrees celsius.  Heading towards Northam the sun disappeared completely to be replaced by a scarlet sunset, quickly followed by complete darkness, the likes of which only vast rural areas can supply. With all four bikes boasting driving lights of various sorts this was seriously appreciated as all four of us ratcheted up the spidey senses to maximum, eyes peeled and fingers resting on the brake lever, just waiting for a kangaroo to jump in front of us, luckily that didn’t happen. It is hard to really judge the relative merits of the lights but the concensus was that the headlight of the Indian Springfield was perhaps the least effective of the quartet. However, the headlight of the Guzzi does not seem well sealed, with a small amount of water and bug ingress visible actually inside the, not so well, sealed lens.

As we broached the hills above Perth we were greeted by the broad expanse of lighting from Perth visible below. Astronaut John Glenn, dubbed Perth the ‘City of Lights’ on February 20, 1962, as while in orbit looking down upon Perth he saw the long outline of lights stretching along the long coastal strip of a city that is Perth. Locals had been told of the impending time window of orbit for the ‘Friendship 7’ spacecraft to pass over Perth, and all turned their lights on to ensure that Perth was clearly visible from space, in what, at the time, became somewhat of a marketing coup for the city.

This was the biggest day of the trip, around 1250km in total, but that is us about done. In the morning we will wash the bikes, as we have done about five times each day while taking photos, while also loading and unloading the bikes for most of the shoots, and also trying to fit in 1000km days, then find time to write about said day, it has been quite the epic workload. Four days is the longest I have taken to do this journey, due to that aforementioned workload, I have done it in under two days but three days is pretty much par for the course for this journey if you don’t mind reasonably big days on the bike.

More updates on our findings on the bikes will follow over the coming days but as this was the longest of four pretty lengthy days in the saddle we will choose this point in time to reflect on the seats of the four mounts.

The Triumph Thunderbird LT had  an optional comfort seat, although I know from experience that the standard seat is pretty good also. The Triumph Thunderbird LT seat made no enemies on this trip, the Moto Guzzi perch was also widely applauded. As for the American bikes opinion was split, our resident female loved the seat and the turned down bars of of the Indian and rate it the best in regards to ergonomics.

I had virtually no issues with any of the seats, my only occasional niggle cropped up when the upper stitching along the seat on the Indian grew teeth a few times, only in long stints. Darren found both the longitudinal stitching and the stitching across the seat both really quite annoying. Gav’s major issue was the stitching across the seat, transversing the Springfield. He had a severe distaste for it after 70km, so I made him do another 400km in succession on it to see if he could adapt, he couldn’t.  But then, Christine thought the Indian the most comfortable, thus highlighting just how individual these particular comfort findings can be. It should be noted that Christine is the lightest and lso by far the shortest, at 5′ 3″, while the rest of us are around 5′ 10″ and the wrong side of 90kg.

Check in later for more as we dissect further our opinions after 4000km in the saddle. We hope you have enjoyed the journey thus far. 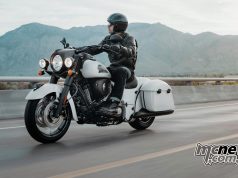 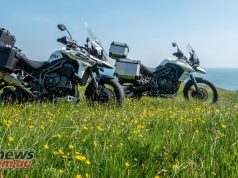