McAMS, a 24/7 Motorcycle Accident Management Service, have featured in the paddock since 2014 and for the forthcoming season have increased their presence by announcing a new partnership with Team Traction Control (TTC) as they make their debut in the premier class after several successful years in the Supersport class.

Ellison is reunited with Yamaha, a manufacturer where he has previously celebrated plenty of success, including finishing second with them in the 2009 title chase and most recently finishing fourth in 2013.

The multiple race winner finished third in his 2016 campaign and will be gunning for his first MCE BSB crown next season.

Laverty meanwhile narrowly missed out on the cut for the Showdown this year, but has previous experience with Yamaha machinery and is confident of coming out fighting when the season gets underway at Donington Park next April.

The team will also continue to line up in the Dickies British Supersport Championship alongside their MCE BSB commitments as defending champion Tarran Mackenzie brings the number one plate to the team for his title defence.

“This is a new challenge for me. I have raced with Kawasaki for three years and now to return to Yamaha is something I am really excited about. I feel that the Yamaha suits my style and we finished second together in the 2009 season so we have good memories to build on. We all know how strong the series is so I had to go for what I thought was a championship-winning package and I strongly believe that the TTC Team with the might of Yamaha behind them is exactly what I need to deliver the title. It is perfect that McAMS have increased their presence in the championship and are spreading awareness of just how beneficial it is to the average road user and dealers alike. They have personally supported me for three years and we are looking forward to celebrating more success together in 2017.”

“I’m really excited to be joining the McAMS Yamaha team for the 2017 season. The R1 is a fantastic motorcycle, it’s a bike built for the race track in many ways! I have very fond memories of my previous tenure on Yamaha machinery in 2011, the DNA of the R1, both in terms of power delivery and chassis performance suit a smooth rider, something that is well aligned to my natural riding style. I will have a great team in my corner; working with PJ (Pete Jennings) as my crew chief again is great as we worked together at Swan Yamaha in 2011 so the plan is to pick up where we left off making the transition as seamless as possible.

“BSB is currently tougher than ever, I believe I have put myself in a fantastic position ahead of the 2017 season on one of the ‘plum’ seats. Shakey and Leon Haslam were the top dogs in 2016; they remain on the same machinery next season so it is fair to assume they will again be the guys to beat. I am now looking forward to the challenge ahead. We want to be aiming for that level from the start of the season; I am looking forward to the change and as a team we will be doing everything possible over the winter to come out and hit the ground running to fight for podiums from the opening round.”

“I had a great first season in the Supersport Championship and after winning the title I wanted to have a new challenge of trying to win with a different team and manufacturer. The team have a lot of experience in the Supersport class and I know having raced against them this year! I feel really motivated to come back out and defend the title and I am really excited about next year as because everything has really fitted together for us.”

“McAMS have had three exciting seasons involved in BSB, both as a secondary team sponsor and personal sponsor to James Ellison, so I’m ecstatic to be announcing our title sponsorship of the official Yamaha race team in BSB. 2017 looks set to be another competitive season and everyone here is looking forward to seeing James, Michael and Tarran fighting for wins on the short circuits and Hutchy doing his thing at the IOMTT on the Supersport machine.” 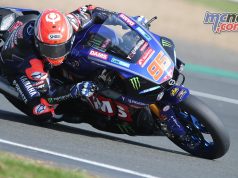 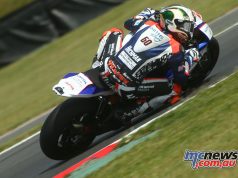 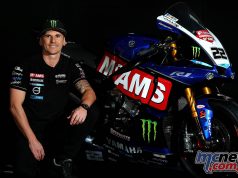 Jason O’Halloran to ride for Yamaha in BSB 2019