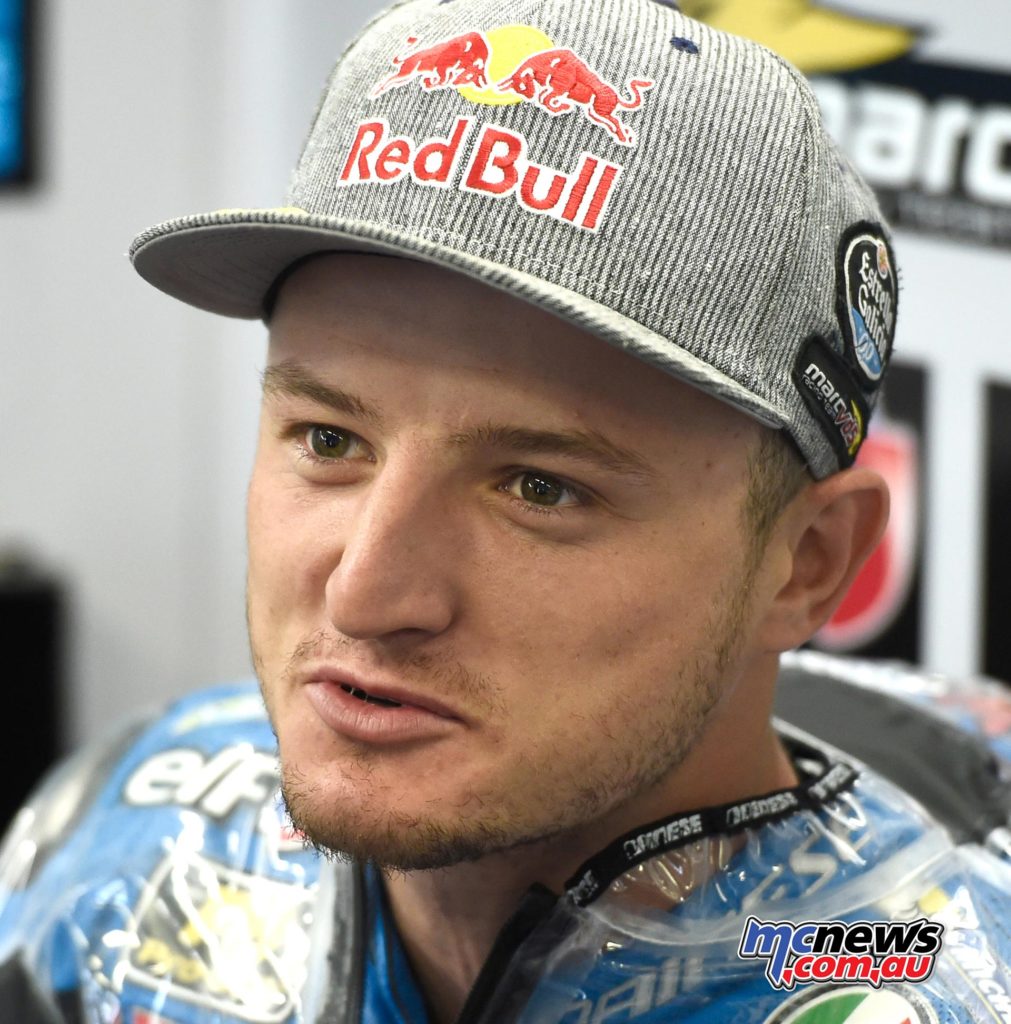 Borrie managed to score an interview with MotoGP racer and Foxsport ambassador, Jack Miller when he dropped home for the holidays…

Boris: Must be good to be home for a bit, huh?

Jack: Yeah, real good. I don’t get home that often. 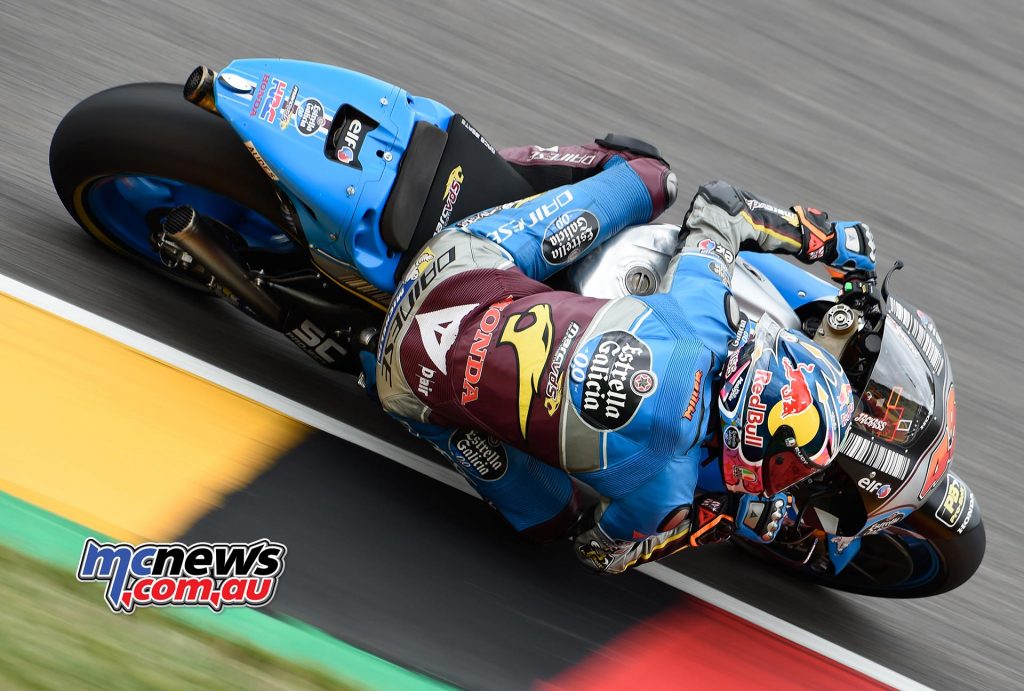 Boris: I heard your brother is getting married this weekend. What’s the plan for the buck’s night?

Jack: They’ve already had the buck’s night. The bastards left me out of it. That’s OK. I’ve had a more than a few parties with my brother in the past. 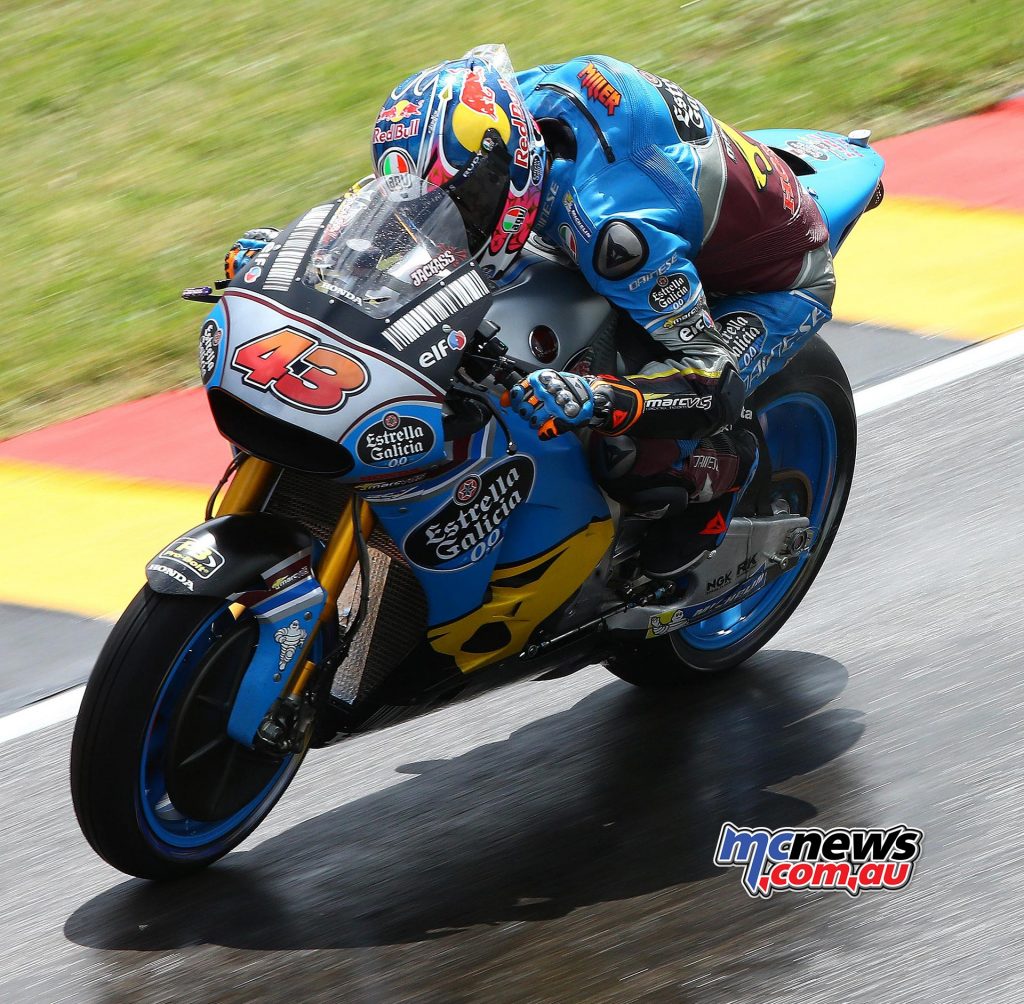 Boris: Moving onto the season. It must be incredibly frustrating for you at the moment?

Jack: It’s not been the easiest season for sure. But I just have to keep trying and aim for the best results I can get. In some ways it’s similar to my 2013 season. I’ve just got to keep finding ways to go quicker. Boris: Do you think it’s only possible to win a title on a full factory bike?

Jack: I think so. The factory teams are the ones putting all the money in. That’s where all the latest technology goes. And they don’t like it when a satellite team beats them. 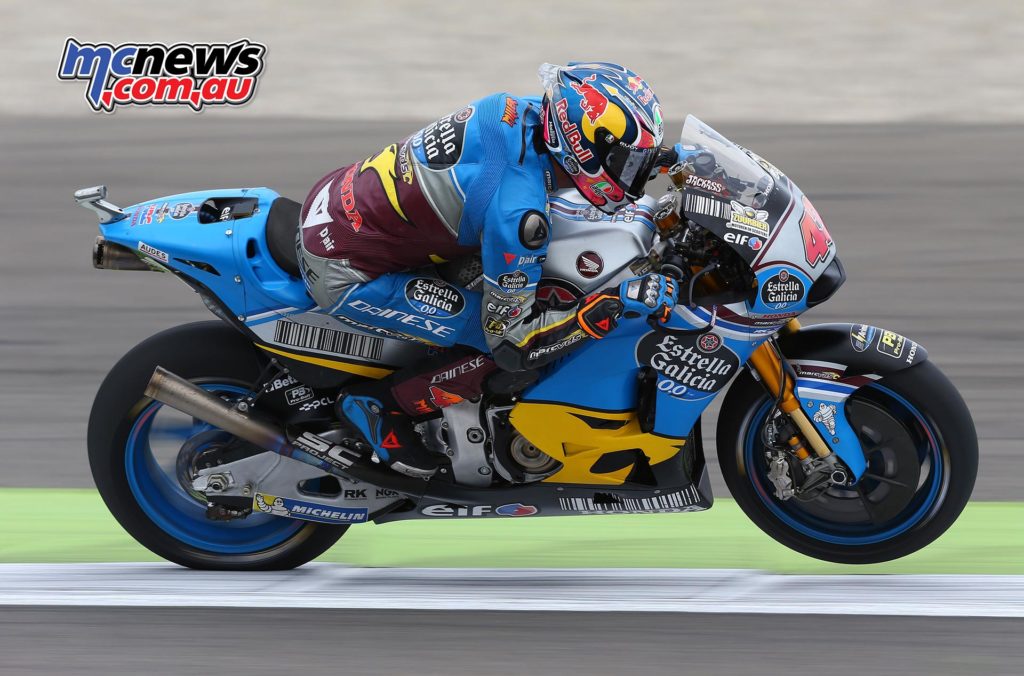 Boris: What is your Honda not doing that you’d like it to do?

Jack: There’s been a big improvement this year with the front-end feel, so that’s great. But mid-corner and exit are still a problem, so there’s some work to do there. 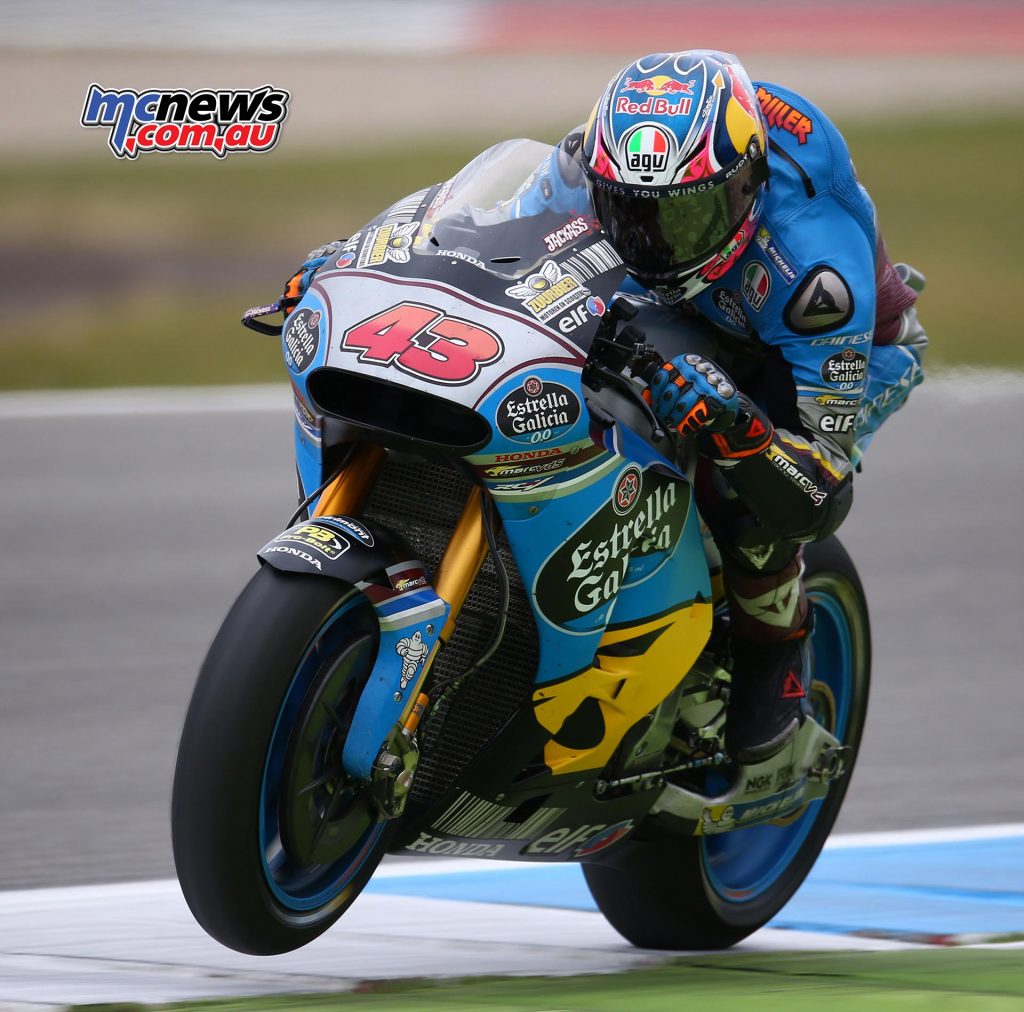 Boris: Do you get access to any of the data from Marquez or Pedrosa, or is it all up to you?

Jack: We get all the data from both of them. We can see where they’re fast and where they need to do some work, so that’s helpful for our set-up. And we have our own data as well, so yeah, we’re covered there. 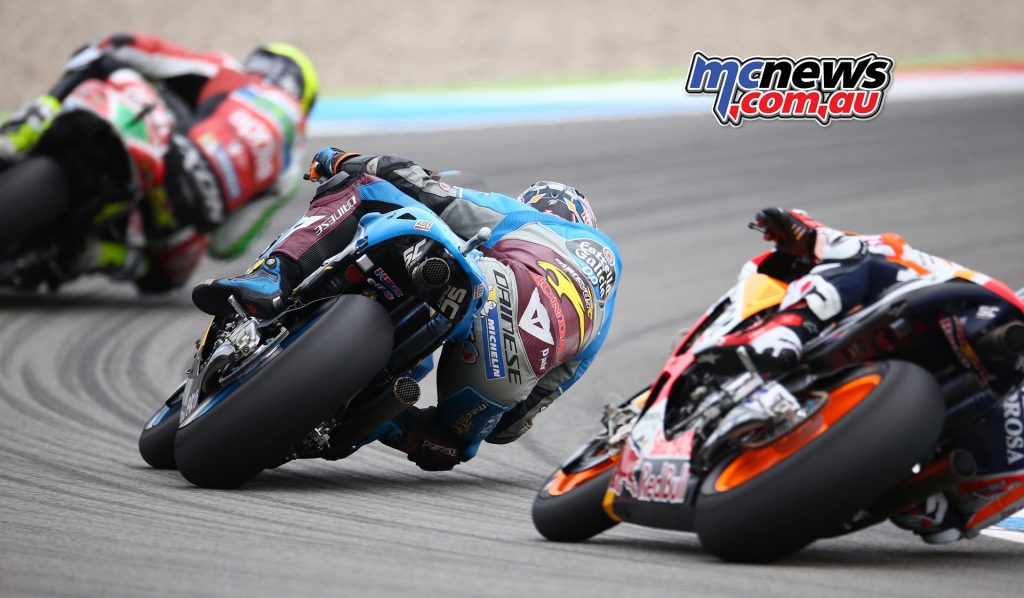 Jack: What about it? 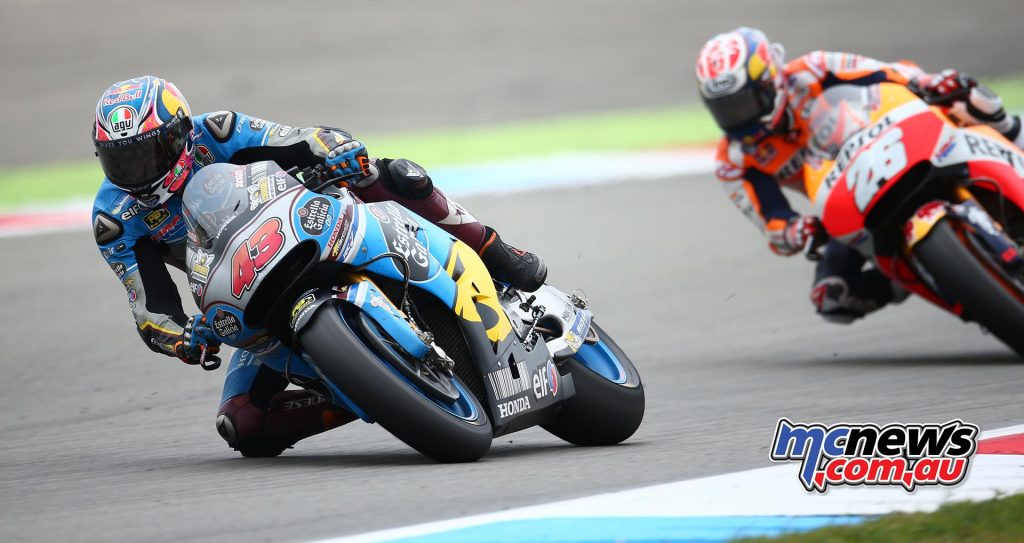 Jack: All I can say is I haven’t signed anything yet, and I’m still talking to a few people, including Marc VDS. This year, there’s not that many opportunities, like say there was last year. So it’s a little more difficult, but there’s interest from a few places.

Boris: It’s not about the money for you, is it?

Jack: Not at this stage in my career. It would be good to get a one-year deal one a bike I can showcase my skill on. And when you get results the money follows. Look at Petrucci. 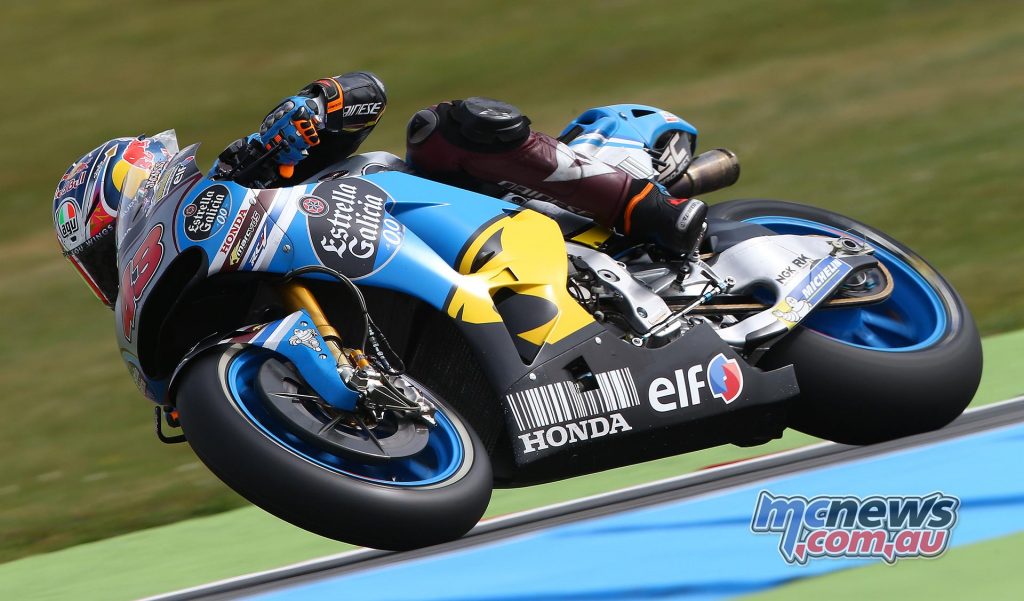 Boris: Theoretically, if you did go to Pramac, he’d be your team-mate, wouldn’t he?

Boris: So when you make the announcement you’re going to another team, do things tend to get a bit cool with your current team?

Jack: You know, I don’t know. I have never been in that position before, so I don’t know if things kind of slow down or what. I suppose I’ll find out if it happens. 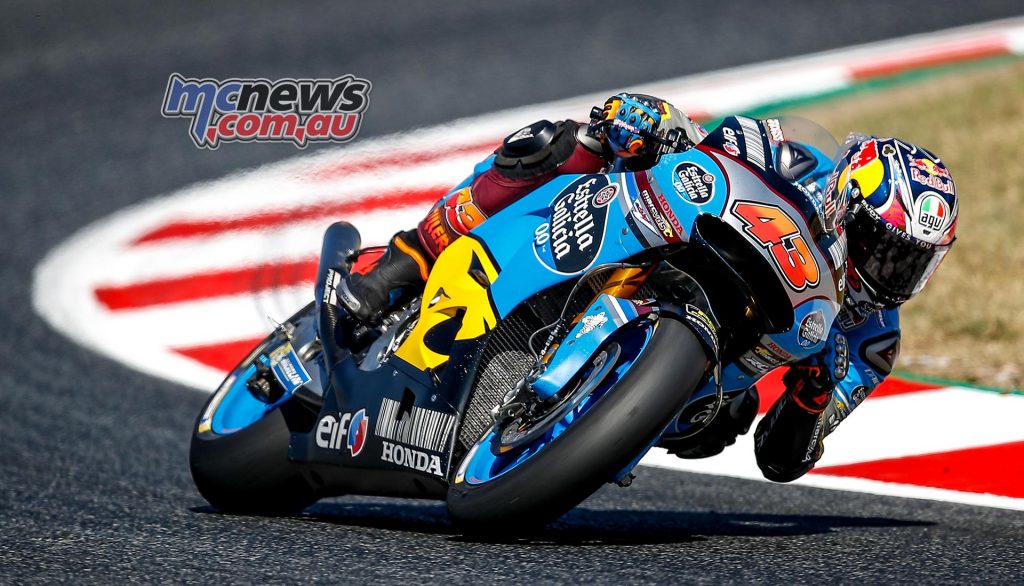 Boris: So when are you gonna cull one of the grid girls out from the herd and make her the happiest girlfriend in the whole world?

Jack: I don’t know. I have to find the right one. It’d be good to get one with a lot of money and get her to fund me.

Boris: Will Rossi win his tenth title this year?

Jack: That’s hard to say. He’s certainly riding better than he ever has, and anything can happen. Especially with the way the tyres are this year. If you get good tyres, you have a good day, if you get bad tyres, then not so good. We’ve had say Mediums on and we go out and they go off after three laps. It’s difficult. 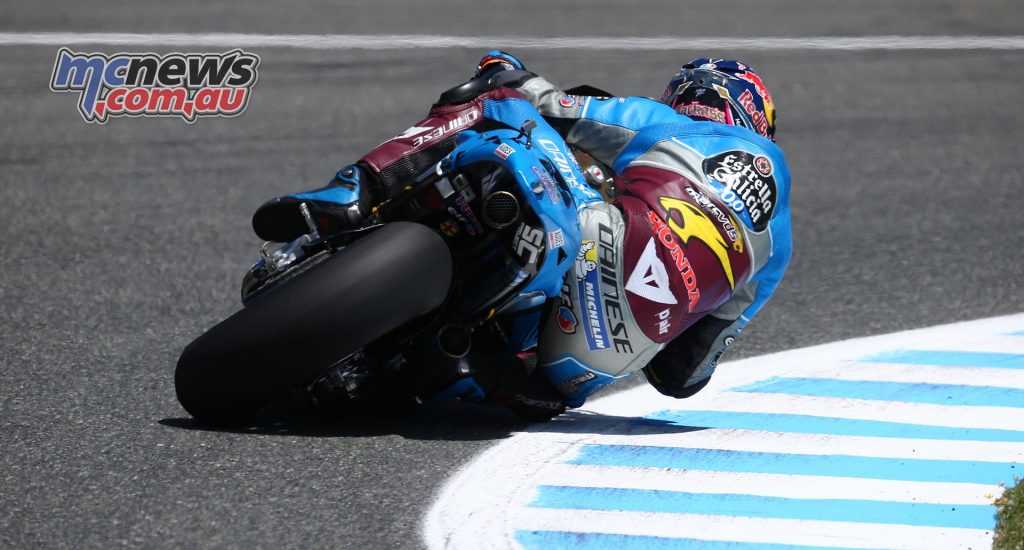 Boris: When you won that race last year, what was going through your mind when you sailed over the finish line?

Jack: Lots of things. I kept thinking how hard I’d been working for this win, and I kept saying ‘Yes! Yes! Yes!’ a lot. I actually lost my voice not long after the race, so I must have been saying lots of stuff. 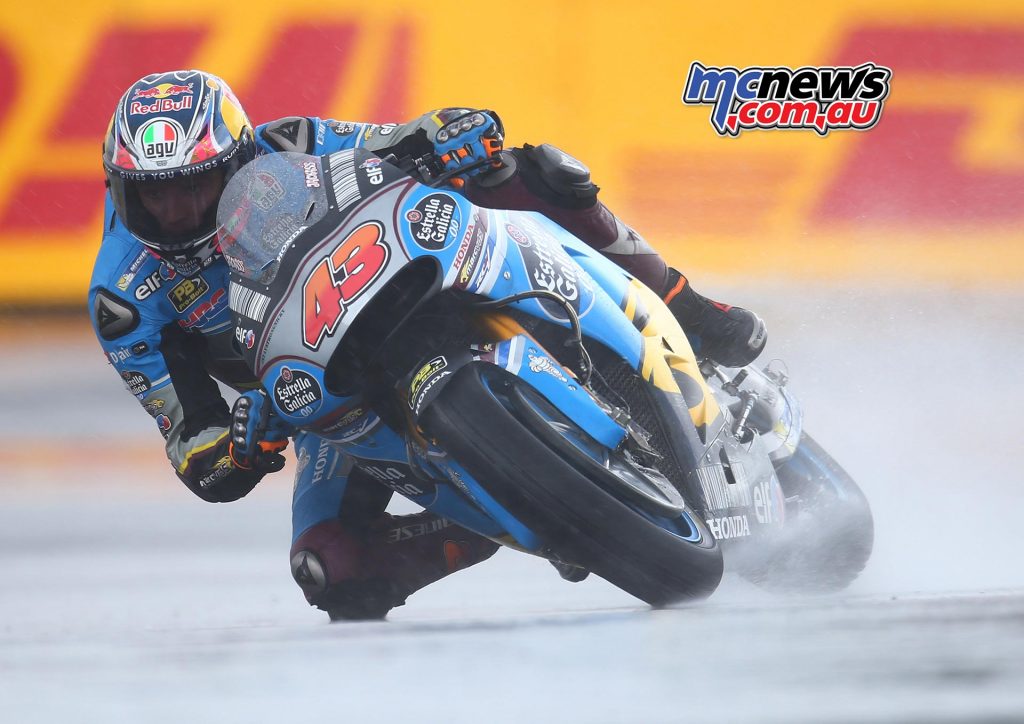 Jack: I can’t remember. It must have been great. 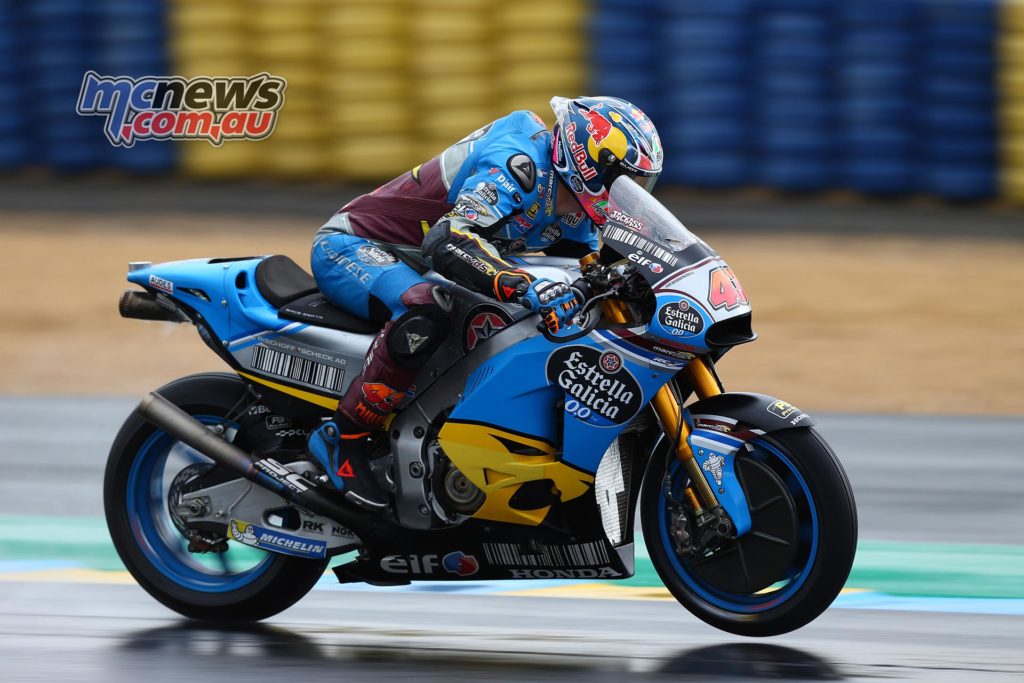 Boris: Last time we spoke, you promised to nude up and run around naked if you won. I have it on tape.

Jack: Hahaha! Yes, I did, didn’t I? I forgot to do it in all the excitement. Tell you what though, it’ll give me some incentive for my next win, knowing you’re expecting me to get my gear off.

Jack: McGregor, for sure. It’d be great to see him get up on Mayweather. 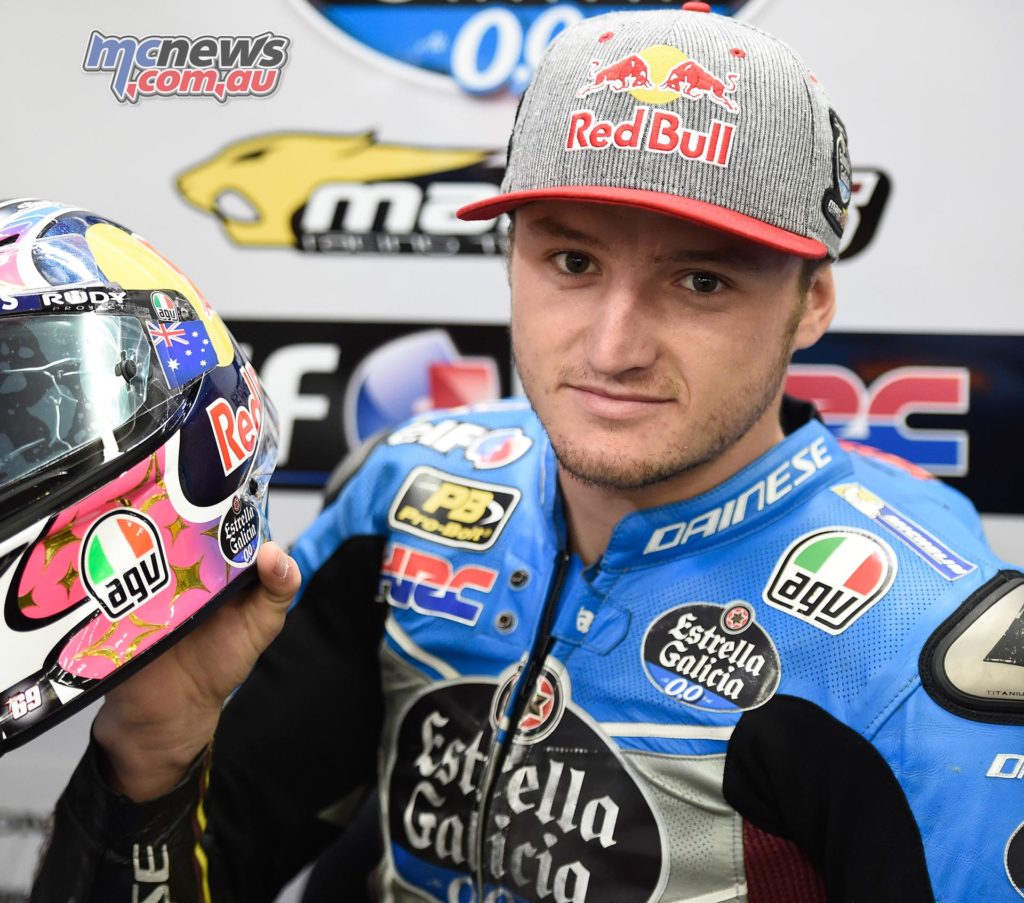 Every round of the MotoGP is LIVE, ad-break free from lights out to the chequered flag and in HD on FOX SPORTS