Bugden said, “I couldn’t be happier than to have an opportunity to race the brand new Kawasaki Ninja ZX-10R with Kelvin and SA Kawasaki BCperformance. Kelvin and the crew have shown they run a professional and very competitive team. We will be a real force to reckon with in the Australasian Superbike Championship and it sure is going to be exciting times ahead. I can’t wait!”

Ryan Masri will be joining the immensely talented Kyle Buckley in the supersport (600cc) ranks, backing up the team’s philosophy of providing a pathway for up-and-coming athletes to develop their racing careers. Ryan competed as a privateer in the Kawasaki Insurances FX300 Ninja Cup last year, where he placed 5th overall aboard his Ninja 300.

“I’m really excited about joining the team and moving up to the 600cc category next year. Big thanks to Kelvin for providing me with the opportunity. I’m looking forward to riding the Kawasaki Ninja ZX-6R and it’s a confidence inspiring feeling knowing that I’ll be backed by the SA Kawasaki BCperformance racing team,” Ryan commented.

Two full-time Ninja 300 riders will round out the SA Kawasaki BCperformance racing team, including seventeen-year-old Jimmy Broadbent, who will embark on his second full season of racing and twenty-one-year-old Yannis Shaw, who was also a contender in the Kawasaki Insurances FX300 Ninja Cup last year.

Team Manager, Kelvin Reilly, said “The previous Ninja ZX-10R was a championship winning machine on the world stage and with the updates made to the new model, our superbike riders will be unstoppable. Feedback from our riders after testing is very promising to say the least. Brakes and corner exit are unbelievable and the power has increased, especially in mid-range. During initial testing, Bugden said it’s the best production bike he has ever ridden on the track.”

“Racing the new Kawasaki ZX-10R and bringing Robbie on board is a huge boost for our chances at the Australasian Superbike Championship title this year. Kyle Buckley has proven himself in last year’s competition with a race win on his Ninja ZX-6R and Ryan is just oozing with potential. Having riders in the 1000cc, 600cc and 300cc class makes for a dynamic team and there is never a dull moment. I’d like to thank Kawasaki Motors Australia, SA Motorcycles and all of our sponsors for their increased support,” Kelvin commented. 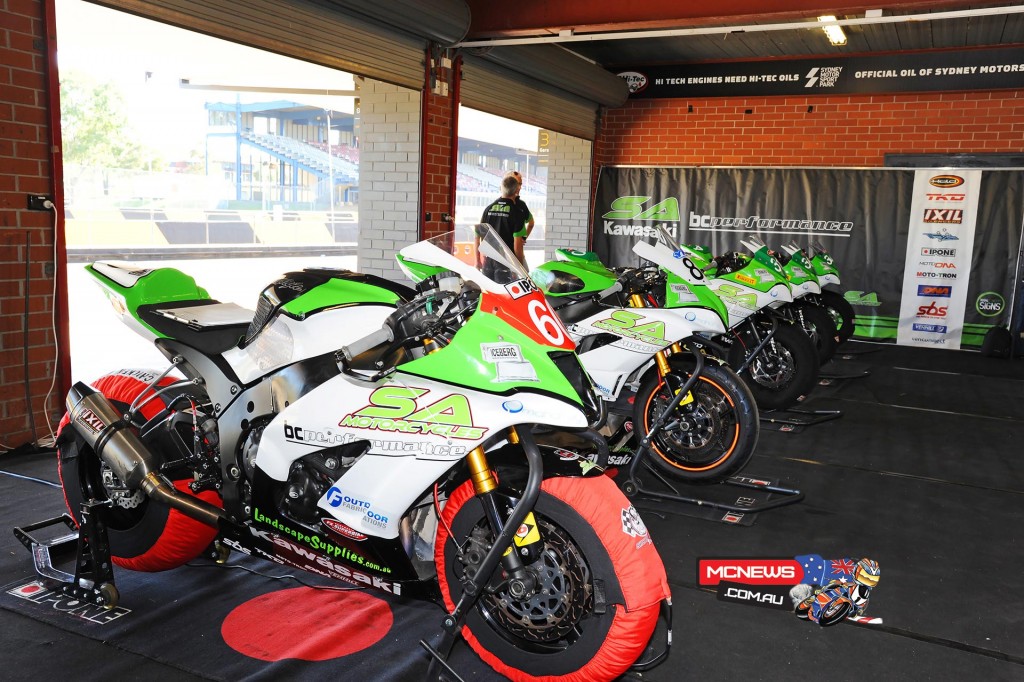 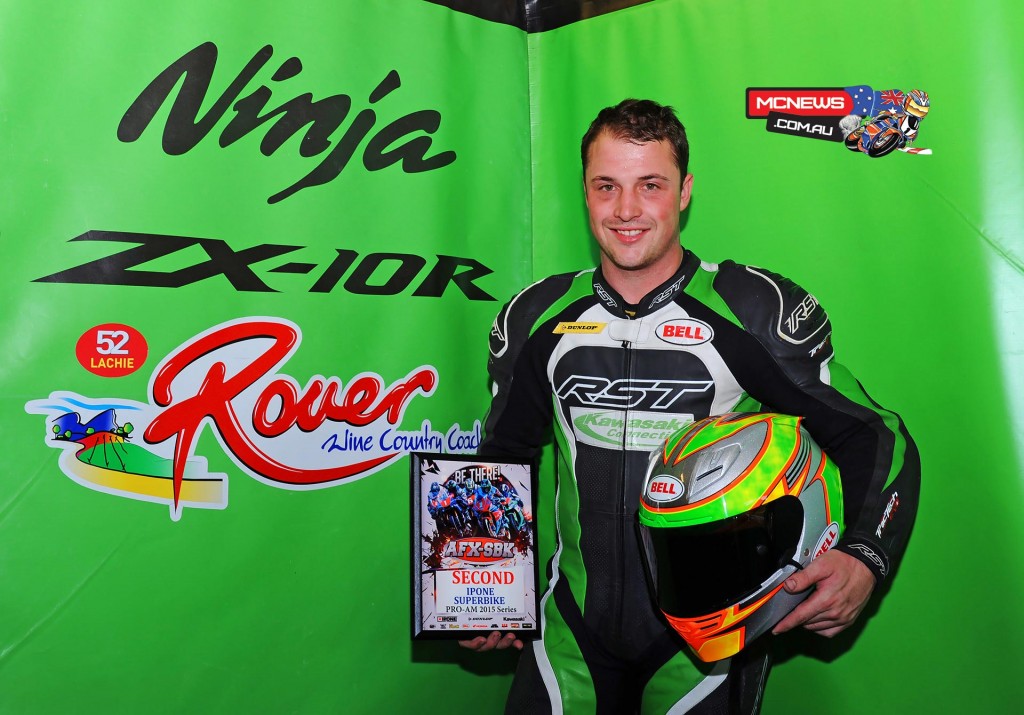 “We had a quick shakedown test before Christmas on the new bike and it was a real pleasure to ride. There are so many components on the bike that bring it to another level but the fork is definitely a standout. The standard bike, as it comes, is such an advanced starting point for developing a superbike, which is handy. The brakes are unbelievable and a massive improvement. The first couple of times I used them I thought ‘wow’, this thing pulls up! The handling and chassis are awesome too,” Matthew commented.

The proficient superbike racer will commit even more dedication towards his racing efforts this year, with increased resources going towards pre-round preparation and testing of his Kawasaki Connection Ninja ZX-10R, prepared with the assistance of his father, Carl Walters.

“I plan on training more and having much more seat time on the bike this year to really maximise my understanding of the new Ninja ZX-10R. To really be able to push the bike to its limits and get the most out of the machine, you need to know it like the back of your hand. Last year, the results were always favourable at the rounds where we managed to train at the circuits beforehand so we are aiming to keep this up.”

“With the new Kawasaki Ninja ZX-10R I can see myself at least finishing on the podium by the end of the season and fighting for race wins at every round,” Matthew said.

Both Matthew Walters and the SA Kawasaki BCperformance racing team will kick off their 2016 road racing season at the first round of the Australasian Superbike Championship being held on 11th March, at Sydney Motorsport Park.

WorldSBK/SSP/SSP300 Saturday round up from Estoril