Kevin Benavides has won the 2017 Desafío Ruta 40 title for the second successive year after some splendid performances by the Monster Energy Honda Team rider over the final stages.

Paulo Gonçalves took runner-up spot on the podium and improves his position in the FIM Cross-Country Rallies World Championship. Michael Metge snatched the final stage victory as the rally wrapped up in San Miguel de Tucumán. 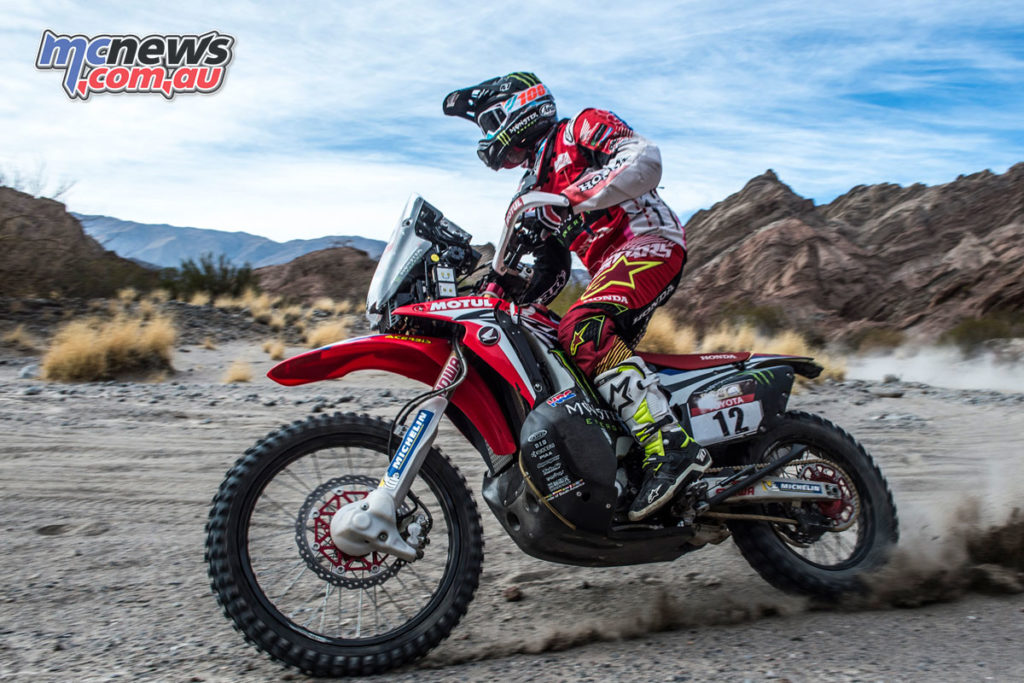 Monster Energy Honda Team continued to accrue titles and were once again on the top steps of the rostrum in an FIM Cross-Country Rallies World Championship event. A week ago the duo of Kevin Benavides and Paulo Gonçalves took second and third spot in the Atacama Rally in Chile; today the same pair upgraded to the top two steps with a triumph in Argentina’s Desafío Ruta 40.

Kevin Benavides capitalized on the advantage gained in yesterday’s stage to clinch top honours overall and ride victoriously into Tucumán – the final destination of the Desafío Ruta 40. The local boy won two special stages and controlled the rally from the second stage onwards. 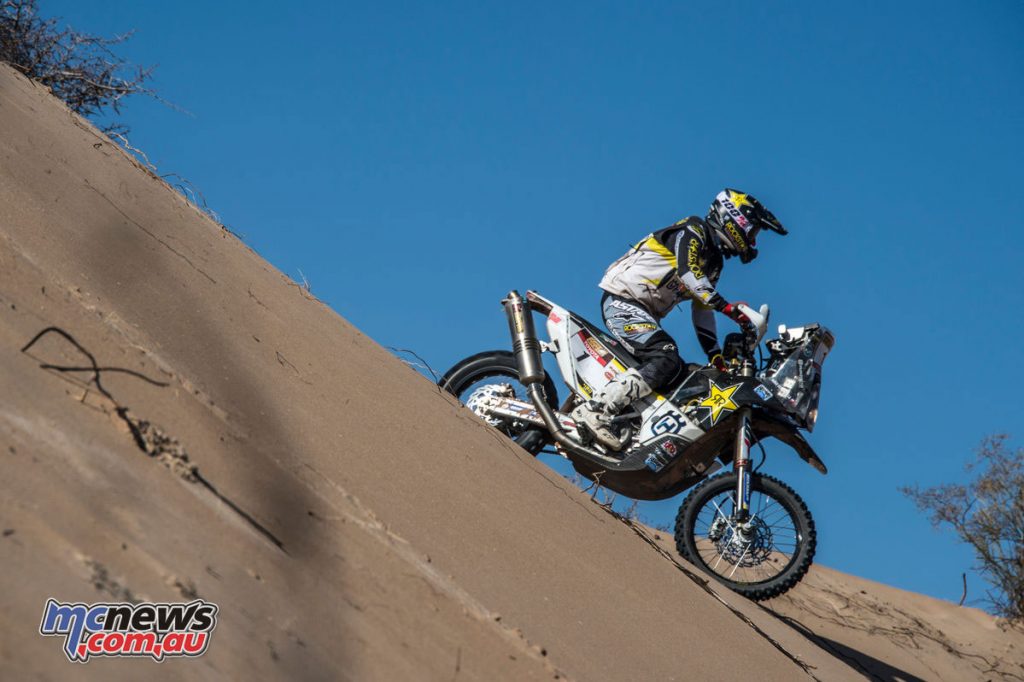 The results of the rally give a boost to both riders in their FIM Cross-Country Rallies World Championship positions with just one race – the OiLibya Morocco Rally – still to run. Paulo lies in second, five points off the leader Pablo Quintanilla; Benavides is fourth, seven points behind the third-placed rival.

“It was a tough race from the start. I am very happy to get my first victory in a world championship race and to be, also, the first Argentinean to get it, also here on home soil. The race got pretty complicated at times, particularly on the first day, where I injured my hand, and then I got hit in the nose by the bike in the dunes. But we took it on the chin and we kept going. I had the pin out from the injury that kept me out of the Dakar. I wish to thank the entire Monster Energy Honda Team for the great job they have done in this race, as well as my fellow riders, especially Paulo, who has maintained a great level throughout this week.”

“We have finished Ruta 40 – a very tough race. There have been five stages the way it should really be: with navigation and extreme difficulty. I’m happy because I’ve been pushing hard every day to be at the top. I was very close and even managed to become leader on the third day. I still had a chance to win it although yesterday I had some problems; I fell and that messed things up a little and Kevin ended up winning the race. I want to congratulate him because he has done a great job. Here he has been stronger than anyone. The work of the Monster Energy Honda Team has been very good and we must continue along this line. It was a shame that Joan could not finally take part here, and we wish him a speedy recovery.” 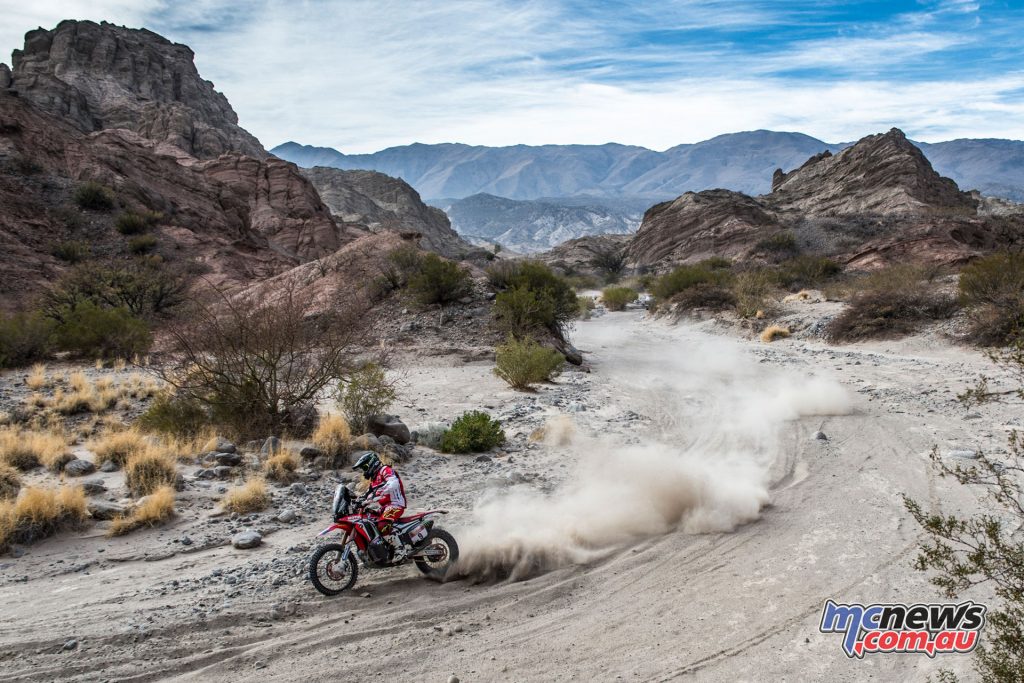 The final stage was won by Michael Metge, marking the French rider’s first world championship win, a just reward for his performances in the rally. Ricky Brabec, fourth in the final special stage, takes fifth overall place in the final Desafío Ruta 40 table.

“I was very happy before coming here because we had practically all the rally riders and it was a very good opportunity to train together. It was a shame that Joan couldn’t race here, but fortunately it’s nothing serious and he will soon be back on the bike. This race has been really nice, with a lot of off-piste, many dry rivers; the kind of terrain on which I haven’t been able to train too much this year. I know I’ve had a good pace over the stages and that only an electrical problem stopped me from getting a better result in the overall. The important thing is that we have done some great training for the Dakar, we put the bike to the test – which was super – and also the team, which worked very well. It ended with my first victory in a world championship event and I am very happy about that because it gives me more motivation to train in depth for the Dakar.”

Pablo Quintanilla moved to the top of the 2017 FIM Cross-Country Rallies World Championship standings after claiming a fourth-place overall result at the Desafio Ruta 40 rally in Argentina. The Rockstar Energy Husqvarna Factory Racing rider now enjoys a four-point advantage over his closest rival with one race still to be contested this season. 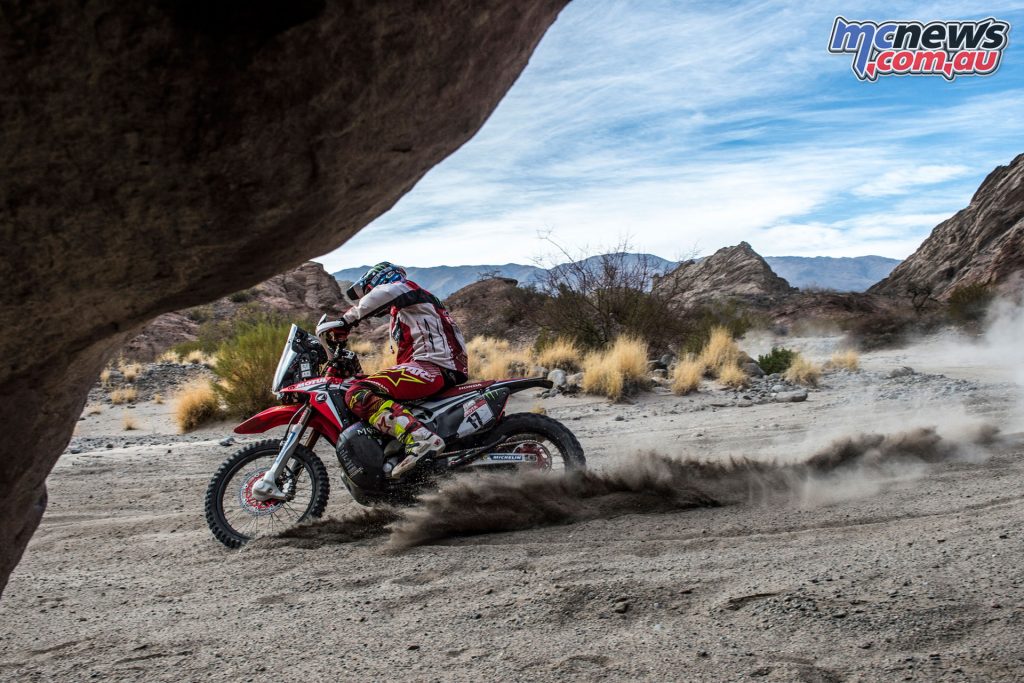 Successfully battling through a very tough week of rally racing in northern Argentina, Pablo brought his FR 450 Rally machine home safely, securing a strong fourth in the Desafio Ruta 40 rally’s final overall standings. With his highlight being a runner-up result the Chilean earned on stage three, he wrapped up his week-long adventure by finishing seventh on the rally’s fifth and final stage.