Maxwell and Allerton stay with YRT in 2017

by Trev
in ASBK, Motorcycle News, Motorcycle Racing, Uncategorized, Yamaha News
A A
Share on FacebookShare on TwitterShare

Wayne Maxwell and Glenn Allerton stay with YRT in 2017

After two season of coming oh-so-close to ASBK glory, Yamaha Racing Team (YRT) will again partner with Glenn Allerton and Wayne Maxwell in their 2017 season campaign, starting at Philip Island in February.

Fuelled by the narrow loses of the past two years, Allerton and Maxwell along with their YRT crew and Dunlop embarked on a compressive testing program at the completion of the 2016 season, across a range of circuits, to ensure no stone is left unturned in their pursuit of the 2017 ASBK championship.

Armed with the right riders and on the high performance Yamaha YZF – R1M, all parties are primed and ready for their most successful season yet.

Allerton, who finished in second position in last year’s championship and a previous ASBK champion, is exciting about his prospects for 2017 season and looks forward with positivity as he enters his third year with YRT.

At 36 years of age Allerton continues to defy his critics, showing no signs of slowing down and believes that his experience and racing knowledge now have him in the prime of his career.

“For a lot of people and teams, finishing second and third in the championship a couple of years in a row would be seen as successful and many would have rested on their laurels but that’s not how I or the YRT team see it. We have gone back and analysed our seasons with a view of what we can do better in 2017. “I feel that we are going down the right path to correct some of the issues that we had last year, and most importantly, I feel really confident on the Yamaha YZF-R1M. The testing we did at the end of 2016 was invaluable and my feel on the bike was excellent. My lap times were good, my confidence grew and the entire team is excited about going racing in 2017.”

Wayne Maxwell, who finished third in the 2016 Australian Superbike Championship, expressed similar feelings to his team mate, stating that he and the team are in a far better position heading into the 2017 season that the have been in the past.

Maxwell is back for his third season at YRT and with a second and third placings in previous years and the Victorian based racer is determined to put his Yamaha R1 on the top of the championship podium come the end of the 2017 season.

“We have already started testing and getting the preparation more sorted than what we did in 2016. We head into this year with more direction, more purpose and more knowledge and we are also in the same series so we are leaps and bounds further ahead as a team and this will be a huge benefit as the year progresses. With riders, teams and even privateers stepping up their game, 2017 promises to be a tough year with a great level of racing and professionalism both on and off the track. There will be a new race format and it will take more than just a few fast laps to win a round or a championship. I look forward to the new challenges and will prepare myself better than I ever have before. The team have shown their commitment and its time we rewarded them with some championship success.”

YRT also welcome Yamalube, Yamaha’s range of premium lubrication products, as a team sponsor. The Yamalube range has been researched and developed specifically for Yamaha machinery and the new partnership with YRT will continue to refine the already high performance product.

“We are exciting to be joining forces with YRT. A partnership like this allows us to work closely with the team so we can continue to assess, monitor and develop our products in the hardest of environments and then in turn make them available to the public. So, it’s a win for everyone. John and his team do a fantastic job in promoting not only YRT but road racing in general and we look forward to working with them and developing our products hand in hand with a proven and credible road race team into the future.”

The changes and refining on the team has team principle, John Redding, eagerly anticipating the 2017 season and despite being in the racing industry for many years, Redding is as enthusiastic as ever to get his team to the top step of the podium in 2017. 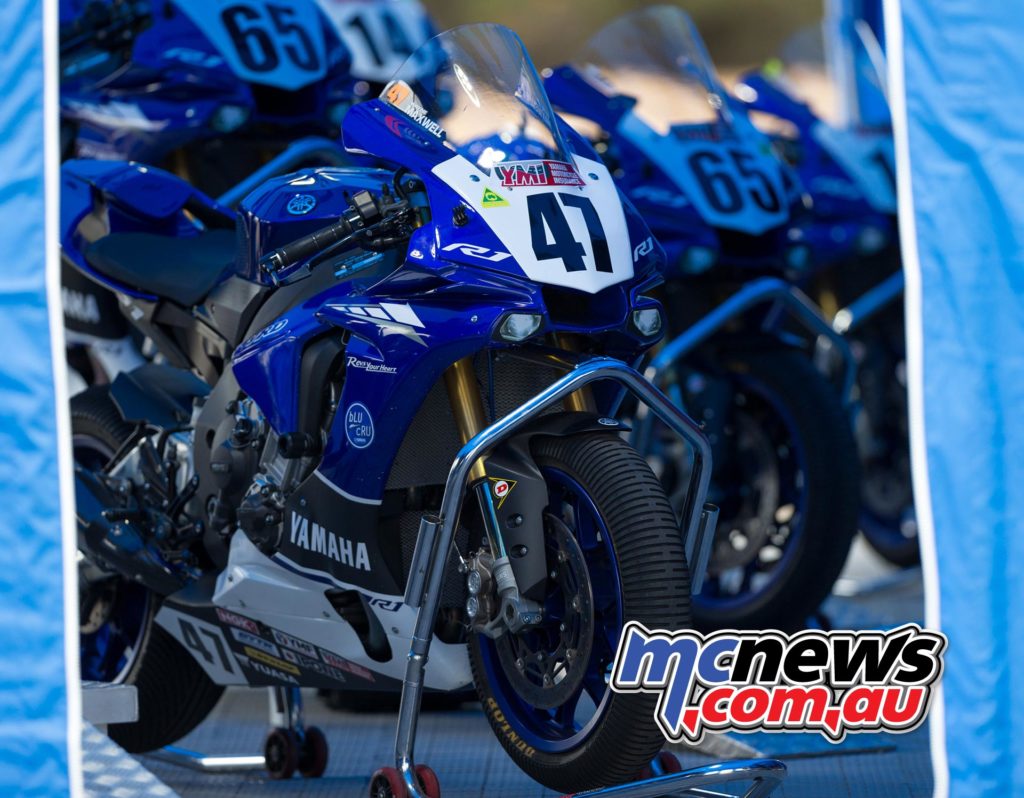 “We have never been in a better position entering a new season. Working with Dunlop and our extensive testing at the end of the 2016 season has put us in a good position and the commitment the riders and sponsors has shown has been outstanding. Both Glenn and Wayne are motivated for success and they see the effort we have gone to and that reflects in their own preparations as both riders have stepped up their own programs for 2017. Also being a two rider two will allow each rider a little more focus on race day to ensure we are getting the most from them and the bikes. The addition of Yamalube is great for the team and for Yamaha as their product knowledge is unsurpassed and together we can only build on what is an already fantastic product.”

The 2017 Australian Superbike Championship gets underway at the 4.445km Phillip Island Grand Prix Circuit on the 24th-26th February, which will run conjunction with opening round of the Yamaha Finance round of the FIM Superbike World Championship.