MotoGP continues to rewrite the record books in 2017

With his win in Austria, Andrea Dovizioso moves above Jorge Lorenzo in the following list of riders who have the longest winning careers in Grand Prix racing, measured by time between their fi rst GP win and their latest GP win. Only five riders in the 69-year history of motorcycle Grand Prix racing have had longer winning careers than Andrea Dovizioso.

The second place finish for Marc Marquez at the Red Bull Ring was the 97th time he has stood on the podium in Grand Prix racing. One more top three finish will see him go equal tenth on the all-time podium list below, with the same number of top three Grand Prix finishes as Jim Redman.

The following list shows the fifteen closest top fifteen finishes of all-time in the premier class, six of which have occurred in 2017 and ten in the last three seasons (only races that have completed full race distance are considered for inclusion in the following table):

The Moto3 race in Silverstone will be the 100th Moto3 race since the class was introduced as replacement for 125cc back in 2012. Below are some facts and statistics from the 99 Moto3 races that have taken place so far: 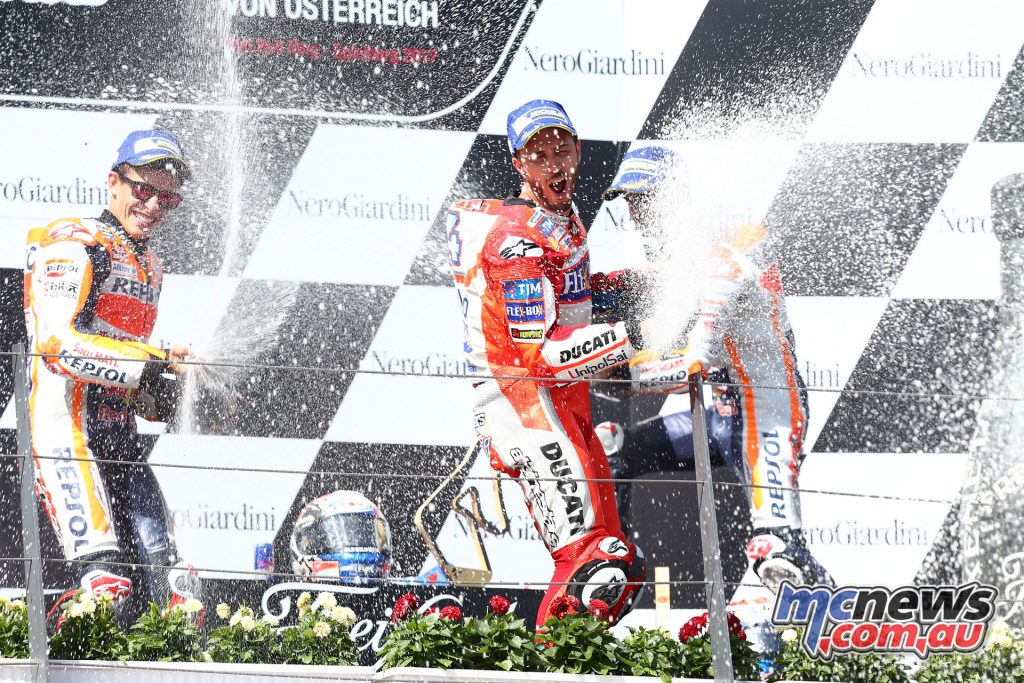 New Fat Bob one of the stars of 2018 Harley range