There are strong signs of tension between James Stewart and the JGR team. A post-race discussion between James’ Dad and JGR boss Coy Gibbs after Atlanta got quite heated and Gibbs is reported to be ‘furious’ over the confrontation.

I hope that Bubba’s dad wasn’t concerned about how many times his son has crashed this season coz he has always been a crasher and always will be….I reckon Bubba could fall of a bean bag….

The most bizarre rumor to date is the possibility of Stewart moving over to Reed’s team for the outdoor nationals…..to mind I don’t think so, Reed doesn’t like James and vice versa…..no matter what they say in public…..then again, Chad does need to put someone on that rocket ship of his……

On Reed, the Aussie has had knee surgery and is in good spirits….and looking to get back in time to do a few national motocross races and earn a spot on the Australian MXoN team….the guy is a moto monster….as far as retiring? Not even close……

Yoshimura Suzuki’s Brett Metcalfe tweaked his leg twice in practice and sat out the pre-race opening ceremonies but scored the holeshot in his heat race and led the first few laps before finishing fourth. Metty managed eighth in the main and the 27-year-old is holding down eighth overall in the points.

At the other end of the equation former World MX2 Champion Marvin Musquin is having his first ride in the 450 class at the St. Louis round…on a KTM350SX-F….

Heat 1 – Rockstar Suzuki’s Brett Metcalfe pulled the holeshot ahead of JGR’s James Stewart while Red Bull Ryan Dungey was forced back to 8th place out of the first turn.

As Stewart made his way to the lead Honda’s fill in rider Cole Seely also closed in on then got by Metcalfe and a few laps later Dungey slotted into the final podium position.

Heat 2 – JGR’s Davi Millsaps pulled the holeshot from Honda’s Justin Brayton and championship leader Ryan Villopoto who quickly put his KX450F in the lead ahead of Millsaps, Brayton and Mike Alessi.

By race end Villopoto took an easy win from Brayton and his fellow Kawasaki pilot Jake Weimer and Millsaps.

Davi Millsaps put his JGR developed YZF450 into the very busy first corner in the lead ahead of Villopoto, Brayton, Kevin Windham and Dungey.

Stewart crashed AGAIN on lap one and came by in 18th, this guy must be on a ‘crash bonus’……if so, he’s making good money….

Villopoto moved into the lead on lap three and instantly checked out and was almost 8 seconds up by the time Dungey made his way past Windham, Brayton and Millsaps.

While Dungey started making in-roads into Villopoto’s lead Brayton and Windham made their way past Millsaps. Cole Seely was staying out of trouble until he crashed heavily trying to retaliate to James Stewart’s pass for sixth. Stewart got by Millsaps with one lap to go for fifth.

By race end RV had a 2 second lead from RD who in turn finished well ahead of Justin Brayton who scored his 1st podium for 2012.

Ryan Villopoto rode smart for his first win at St. Louis, “The track was tough tonight. I tried to ride smart and consistent, paying attention to where Dungey was at. I was able to hold on for another win and my first-ever in St. Louis”

Dungey was happy with his 7th podium, “It was tough to make passes out there. I am happy with second tonight even though I wasn’t able to get to the lead. This track is one of a kind, and I had a blast riding on it.”

Heat 1 – Championship leader Justin Barcia (Geico Honda) ripped through the first turn and took off to an easy win over the Pro Circuit Kawasaki pairing of Darryn Durham and Blake Baggett.

Barcia pulled another holeshot ahead of Roczen and Bogle putting the crowd on their feet as they anticipate a huge battle for the lead but the rider they call ‘BamBam’ just motored away without any real challenge from behind.

Barcia’s win marked his third consecutive inside the Edward Jones Dome, and he now is the all-time winningest Supercross Lites Class rider in St. Louis.

“It was great to get the holeshot and check out tonight,” said Barcia. “The dirt here in St. Louis is amazing. I am not changing anything as we head to the next race – if I keep doing this, I should win the championship.”

Rookie Bogle spent the whole race tagging Koczen until the final lap where he crashed not once, but twice in the same corner and dropped to fifth. PJ Larsen also crashed late in the race while JDR team mate finished in seventh.

“I struggled the whole week with a cold and I felt like I was riding tight but I still managed to get my best finish of the season and I’m really happy for that. I’m really looking forward to next weekend in Daytona when my dad, sister and little niece all come over to join me at the race,” stated Roczen after the event.

Pukekohe hosted round 3 of the New Zealand Motocross Championships last weekend and here are the results……can’t believe that Darryll King is still winning races and potentially another championship….note to everybody, Ben Townley is going to be hard to stop in Australia…….

Despite an intense testing and training schedule, Townley was positive and said his pre-season was coming together as planned.

“It’s been an intense pre-season, last October I was in America racing, preparing for whatever came my way, and since then I haven’t let up,” he said.

“The past 5 months have proven vital to my rehabilitation from my past injuries and setbacks.

“I’ve focused on my mind and body and I truly feel it’s coming together as planned.”

The Dutch Open Motocross Championship kicked off last weekend at the Witte Ruijsheuvel track in Oss with more than 6.000 fans witnessing many GP regulars warming up for the season ahead. 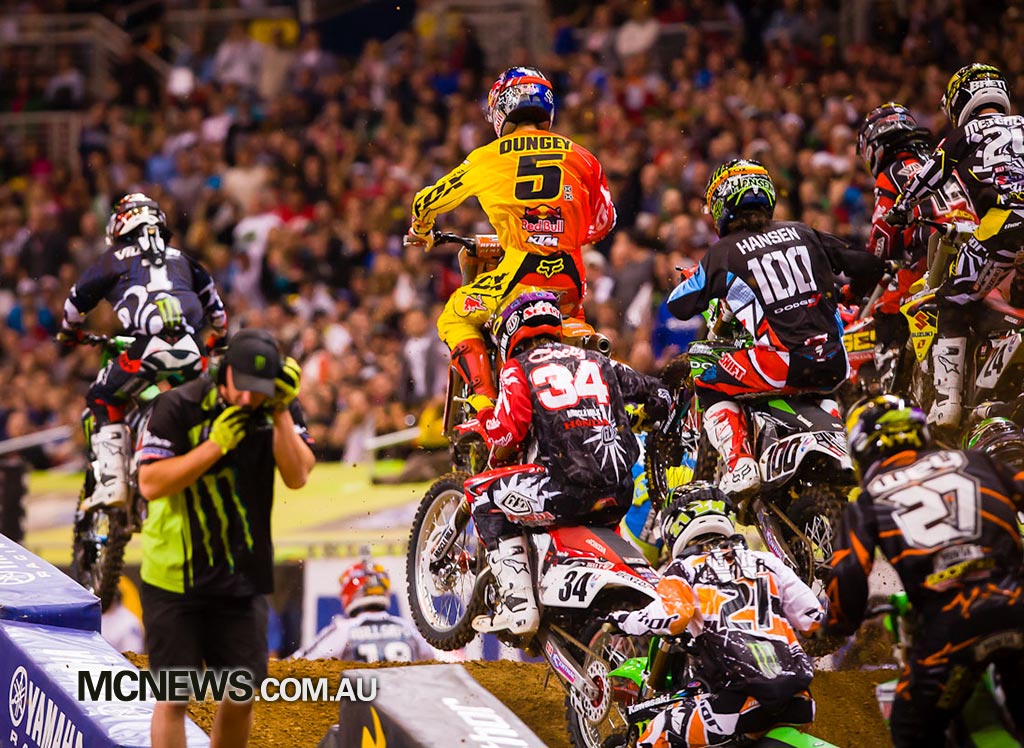 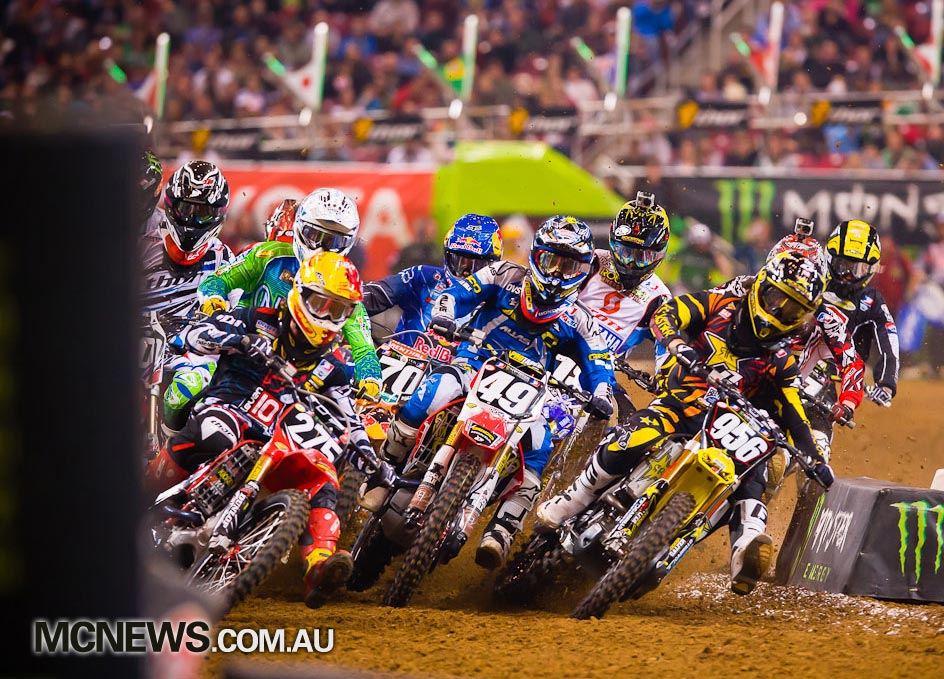 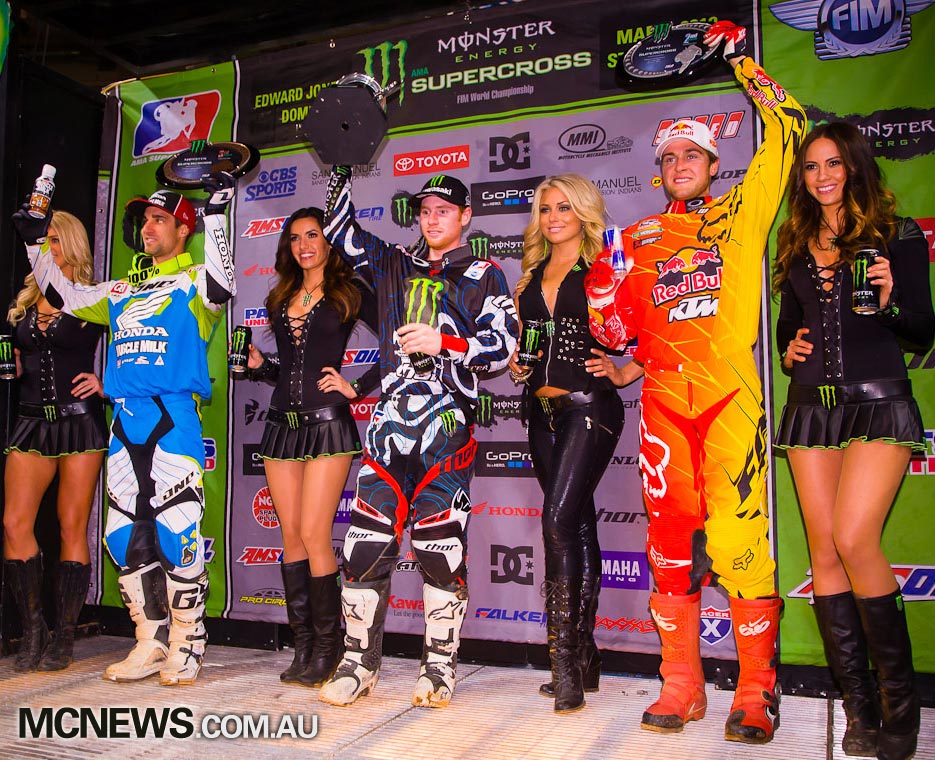 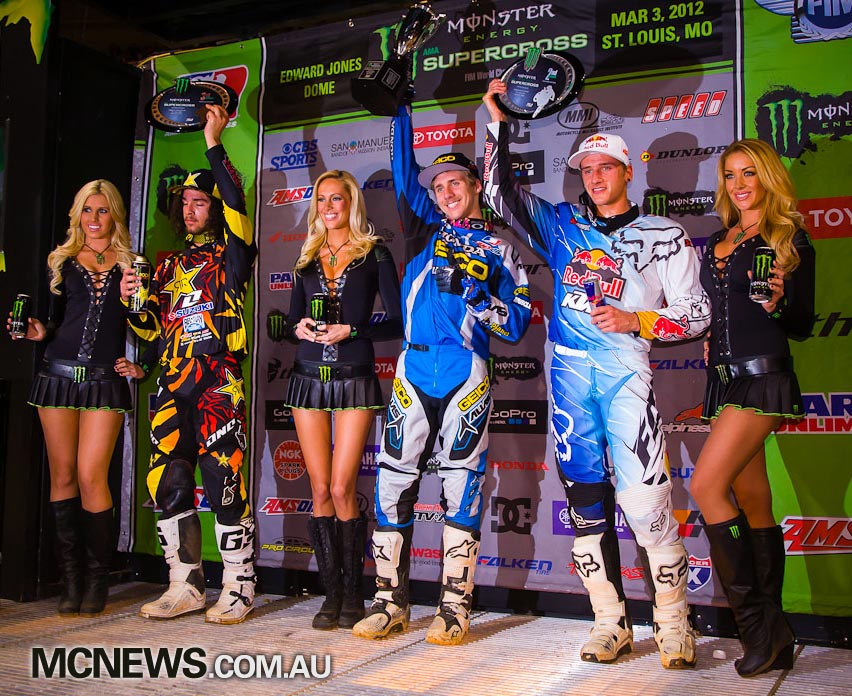