Tito Rabat to race with Reale Avintia Racing in 2018

Tito Rabat to race with Reale Avintia Racing in 2018

Reale Avintia Racing has announced an agreement with Tito Rabat, which sees the Spanish rider join the team in 2018. For the former Moto2 World Champion, the agreement means the return to the team with which he once started in the World Championship.

Rabat will be riding a Ducati Desmosedici GP17, a bike with which he expects to achieve great results in the premier class.Reale Avintia Racing is pleased to announce the agreement reached with Tito Rabat, which sees the Spanish rider join the team in 2018.

“I’m very happy to sign with Reale Avintia Racing and to race with Ducati in 2018. I think we have done a good job in two years with Honda, but I think that it is time to change. Now I have a new opportunity to demonstrate that I can be fast and competitive in MotoGP. I’ll be racing in a team that I know since my childhood and with a bike that I think will suit my size and my style to perfection. This is a great opportunity and I’ll make the best of it. I will fight and give it all to be successful. I want to say thank you to Ducati and Reale Avintia Racing for trusting in me”. 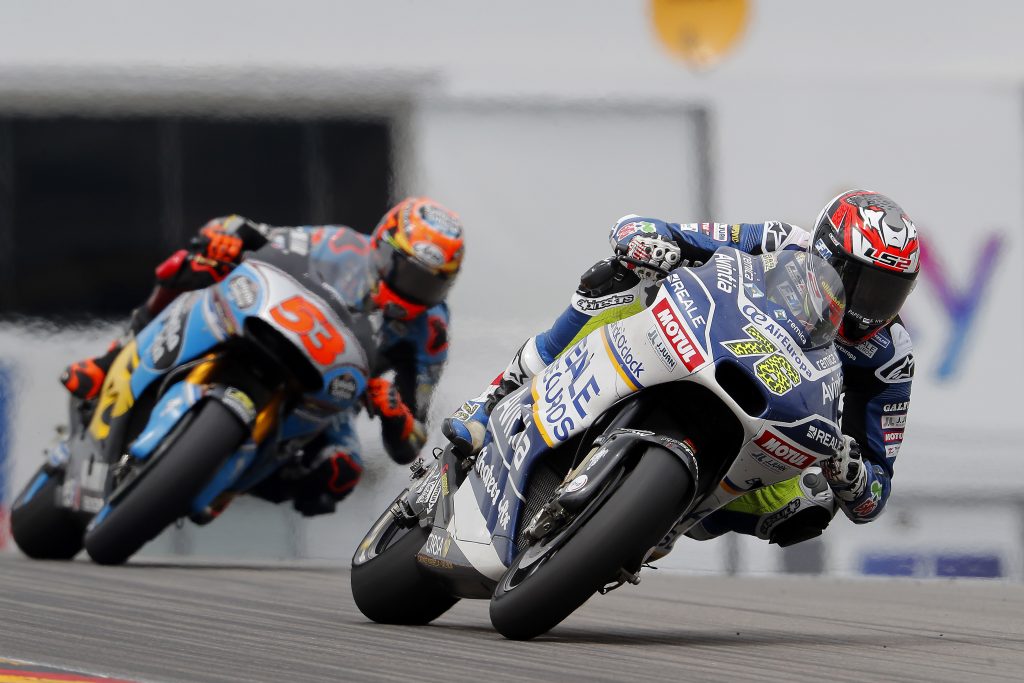 For the former Moto2 World Champion, the agreement means the return to the team with which he had once started in the World Championship. Rabat will be riding a Ducati Desmosedici GP17, a bike with which he expects to achieve great results in the premier class.

Tito Rabat’s World Championship debut was in Valencia 2005, riding for Raul Romero’s team. In 2006, he secured a seat for the whole season and one year later, he signed with Repsol Team where he raced for two seasons in 125cc.

In 2009, Rabat returned once again to the Blusens BQR team of Raul Romero. In two years, he achieved two podiums and finished the season in the top six. In 2011 he made his debut in Moto2 with his team and thanks to his strong performance riding the Blusens-STX FTR, including his first podium finish in Indianapolis, he signed with Sito Pons team for the following season.

In his second season with Pons and riding a Kalex, he got his first Grand Prix win and finished the season with two more victories and seven podium finishes. In 2014, he moved to the Marc VDS Racing team, where he completed a perfect season to clinch the Moto2 title.

He won seven races and got 14 podium finishes in a hard-fought season where his main rivals were his teammate Mika Kallio and Maverick Viñales. He went out to defend the number one on his bike in 2015, but even though he was always fighting for the top three and also got some victories, Rabat finished the season in third place.

Rabat stepped up to MotoGP in 2016 with Marc VDS and Honda. His adaption the premier class has been difficult, but in the current season, he improved a lot and scored points in many races. In 2018, he will be back home, with all the support from Reale Avintia Racing and Ducati to make the final step and get closer to the top MotoGP riders.

“Tito is like a son for me. He rode his first race for me in the Spanish Championship and he made his debut in the World Championship with my team. During his career, he raced in several teams, but always comes back home. After 125cc und Moto2, this is the third time Tito returns to our team and this time is in the MotoGP class. I’m convinced that this will be the pinnacle in his career and that we’ll achieve great results together with Ducati. Tito is a hard worker and this was his secret to become Moto2 World Champion. Next season he will ride a Desmosedici GP17, a bike that is on top of the classification with Dovizioso and that has been extremely competitive this year”.