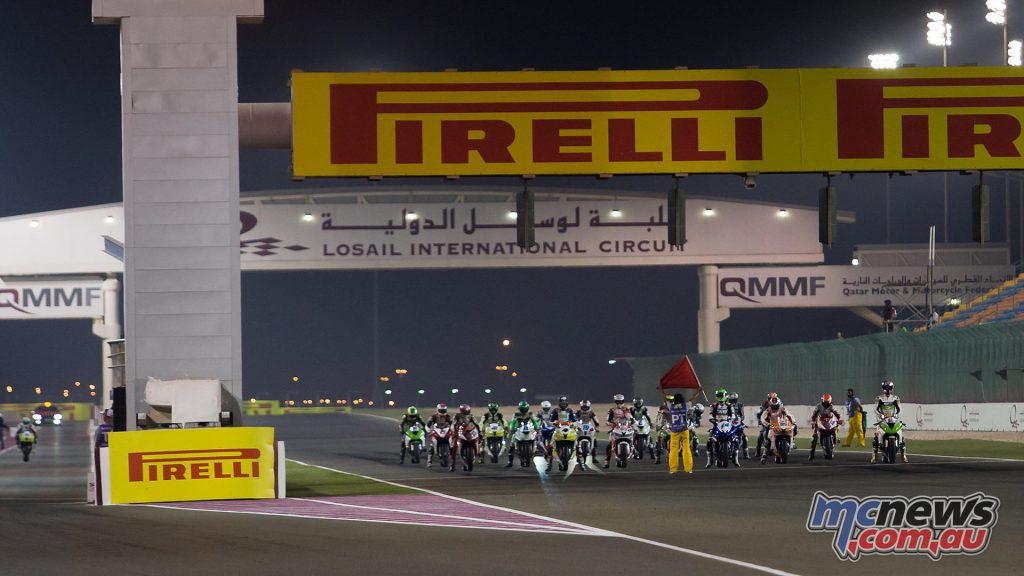 The Losail International Circuit of Qatar is the final battleground of the 2016 MOTUL FIM Superbike World Championship and everything is at stake as the battle for the title resumes. Located on the coast of the Persian Peninsula, just north of Doha, the circuit sees WorldSBK riders tackle 16 turns on 5.38kms of floodlit tarmac under the stars in the Arabian desert.

Both Kawasaki Racing Team riders Jonathan Rea and Tom Sykes are chasing the 2016 World Superbike crown, but with a 48-point lead it looks a more likely prospect for Rea. Sykes knows the odds are high, as he needs to win both races with Rea finishing outside the points to win it.

Another man who will make it incredibly tough for Sykes – if he is to steal crown – is Chaz Davies. The Aruba.it Racing – Ducati rider has been in his best form all season and arrives in Qatar with two consecutive double wins from the last two rounds. His blisteringly fast pace has been difficult to match, as he heads to Qatar with guns blazing in a bid to finish runner up in the Championship.

Saeed Al Sulaiti will be flying the Qatari flag in his first race at home in WorldSBK. The 31-year-old will be looking to take his Pedercini Racing Kawasaki to the front and collect as many points as he can in front of local fans.

Joining Al Sulaiti at Pedercini is 2015 Race 2 winner – Leon Haslam. Last year saw the Brit take victory on the Aprilia, with a stunning last corner pass on the inside of Chaz Davies. Could Haslam bring the challenge to the Ducati rider after a year out of the Championship?

Jordi Torres (Althea BMW Racing Team) will be feeling nostalgic in the final round, as Losail staged the Spaniard’s first and so far, only win in WorldSBK. Torres fans will be hoping to see him find glory again under the desert floodlights in just under a week’s time.

Joining Torres and Markus Reiterberger on the grid in Qatar with his own Althea BMW is none other than 2016 STK1000 Cup Winner Raffaele De Rosa. The Italian will join his WorldSBK teammates for the season finale, in what could be a glimpse of things to come next year.

Nicky Hayden will be back in Honda World Superbike Team colours this weekend but it will be the first time he tackles the Arabian circuit on a superbike.

The Kentucky Kid has previously raced at the Losail International Circuit in MotoGP, contending every year from the first time it appeared on the Grand Prix calendar in 2004. All that experience could play in his favour and another podium could be on the cards.

His teammate Michael van der Mark finished in the top five in both races last year, and with another season of experience under his sleeve, the Dutchman is sure to be a podium challenger.

MotoGP 2022 kicks off this weekend at Qatar | Preview | Schedule

Sylvain Guintoli heads to Qatar with fond memories of his 2014 World Title leading the way. Losail is one of the Pata Yamaha Official WorldSBK rider’s favourite tracks, and after his previous success at Jerez last time out where he finished in the top five, Guintoli is sure to be attacking for the podium.

After re-signing with MV Agusta for another season, Leon Camier will be full steam ahead in Qatar. With his future set and his results inching closer and closer to the podium with every round, don’t be surprised if the Brit finally makes it up there at Losail. 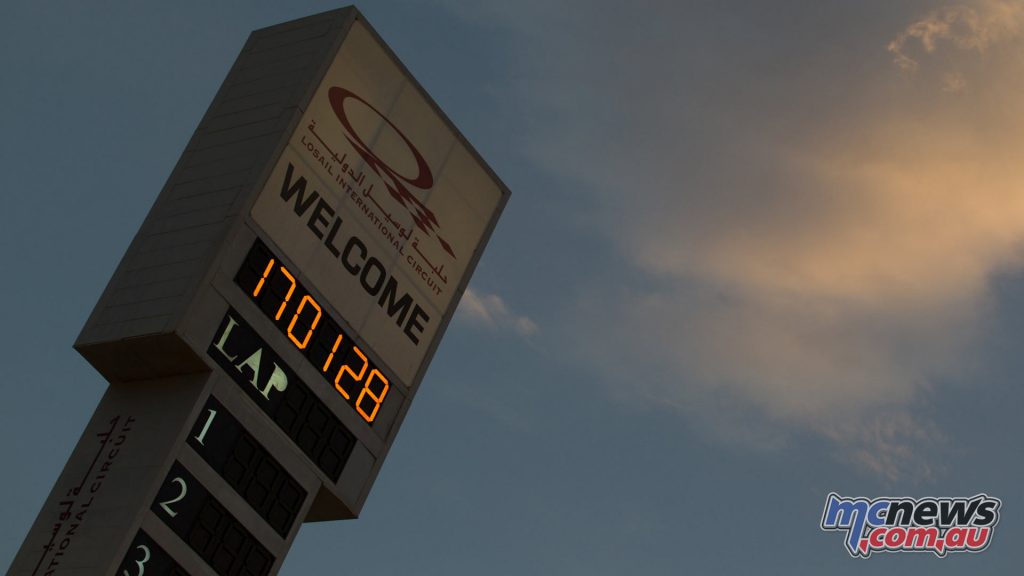 Lights will go out for the final Round of the season beginning on Saturday 29th October with the last 50 points up for grabs and the World Championship to be settled over two spectacular WorldSBK races. 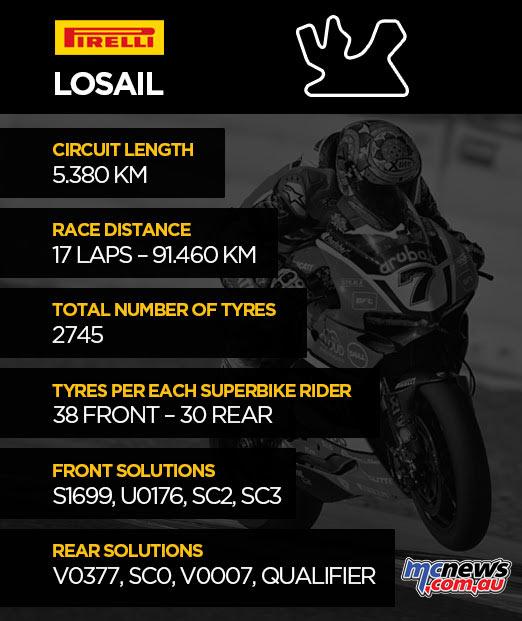 WorldSSP: The fight for second to take place under the spotlights of Qatar

With Sofuoglu crowned champion, Krummenacher, Cluzel and Jacobsen battle for runner up

The World Supersport field head to Qatar for the final round of the season and though Kenan Sofuoglu (Kawasaki Puccetti Racing) is the newly crowned World Champion, the floodlights will shine just behind him on the riders caught in a three-way fight for second place overall.

The stakes are high with only three points separating Krummenacher and Cluzel, with the Swiss leading. Behind them, Jacobsen sits just four points from the Frenchman.

It will be Krummenacher’s first time in Qatar on a Supersport bike, so he’ll be counting on his Moto2 experience to lend him a hand against his rivals.

Cluzel finished on the podium at Losail in 2014, and after the incredible pace he’s shown with his MV Agusta in the last rounds, Cluzel will be a tough challenge for second place.

Jacobsen finished in the top five last year and will be looking to finally climb to the top step of the podium in a week’s time.

Kyle Smith (CIA Landlord Insurance Honda) is another rider who will be tough to beat after he won the race in Qatar last year.

His podium at Jerez last time out where he came third, will be the confidence he needs to be fighting for the top positions once again. He’ll be looking to repeat his Middle Eastern feat and cement his status in the top five overall.

Lorenzo Zanetti will be manning Gino Rea’s MV Agusta once again as the Brit continues to recover after his hand-breaking crash at Jerez. Zanetti’s memories of his third place in Losail last year will fuel his fire this time around, as he aims for another podium, not only for himself but also for Rea.

Alex Baldolini (Race Department ATK#25) will be back on track after injuries prevented him from competing in Jerez. The Italian finished in the top ten last year and will be looking to continue that good form.

Ayrton Badovini (GEMAR Balloons – Team Lorini) will be another rider looking for a podium tussle as he lies just outside the top five overall in seventh, just five points shy of Gino Rea in sixth. He’ll be aiming to collect as many points as he can to overtake the Brit in the standings.

WorldSSP won’t have the FIM Europe Supersport Cup to share a grid with this weekend as they finished their season in Jerez at the last Round. So be prepared to see a smaller grid line up on Sunday.

The stars of World Supersport will take to the grid for lights out at 19:15 local time (GMT+3) on Sunday the 30th of October for the final clash of 2016.

Inaugurated in 2004, about 30 kilometres from the centre of Doha, capital of Qatar, the Losail circuit was built in a year. For the third consecutive season, FIM Superbike World Championship races will be held during the night, thanks to the powerful and innovative lighting system that makes the entire track structure particularly attractive.

The circuit is also, for the most part, surrounded by artificial vegetation in an attempt to limit the deposition of sand coming from the desert.

In the first Friday sessions, riders are usually called to follow corners with constant lines to try to clean as much as possible the trajectory from sandy deposits off the asphalt. In this situation, front tyres remain on the same point, creating wear tracks, while the rear wear is evidenced by patches on the tread pattern.

Losail International Circuit has not been resurfaced since its inauguration, so now has a consumed surface that requires tyres with good grip, able to compensate the loss from the asphalt over the years.

From 2014, the FIM Superbike World Championship has run the round in Qatar during the night, while until 2009 the Championship raced in the spring and during day-time.

The track requires a good compromise between front stability during the hard braking phases and a good level of traction, especially on the rear, so as to properly set correct trajectories in the fast corners.

The front tyre must be able to absorb the high power accumulated during braking, and at the same time counteract the high risk of crushing, while for the rear riders must choose a soft compound, able to effectively orientate the road surface and simultaneously provide adequate traction.