by Trev
in Motorcycle News, Motorcycle Racing, Uncategorized, WSBK
A A
Share on FacebookShare on TwitterShare

Frenchman Jules Cluzel has made the perfect return to the world supersport ranks by winning an action-packed season opener at Phillip Island this afternoon.

With the race reduced to a five-lap sprint after the first attempt was red-flagged, Cluzel pulled away from a five-strong pack on the final circuit to win by 0.224 seconds on his MV Agusta, with Briton Kev Coghlan (Yamaha) second from Raffaele de Rosa (Honda), Florian Marino (Kawasaki) and Kevin Wahr  (Yamaha).

It was the first world supersport victory for MV Agusta, and its first world championship success since Giacomo Agostini at the Nurburgring way back in 1976.

In 2014, Cluzel has returned to world supersport after a year in world superbike.

It was a race of high drama, with hot favourite Kenan Sofuoglu (Kawasaki) – he led every practice and qualifying  session all week end– crashing out of the lead on lap two, while his arch-rival Michael van der Mark (Honda) was another to fall.

It was a dirty race for Australian hopes Billy McConnell  (Triumph) and Bryan Staring (Honda), with the former crashing  and Staring felled by a mechanical  problem while lying in eighth place.

The first attempt at the race lasted six laps before Irishman Jack Kennedy’s Honda exploded, leaving oil on some parts of the circuit. American hopeful Patrick Jacobsen (Kawasaki) retired in part one due to a mechanical problem, but was unable to join the grid for the restart. 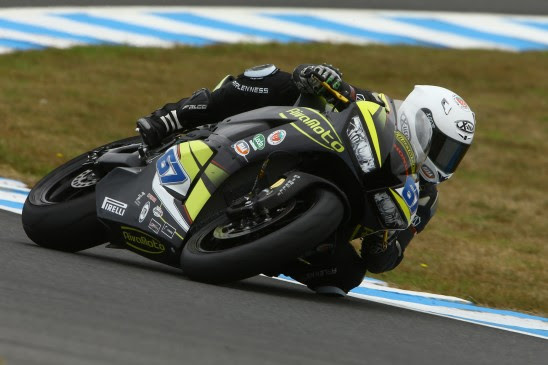 Bryan Staring – Rivamoto Honda: “Racing can be cruel at times. I want to thank everyone who has made this weekend happen, all my sponsors and everyone at Rivamoto Honda. I am looking forward to getting to Aragon where I hope we can continue to be part of the action at the front.” 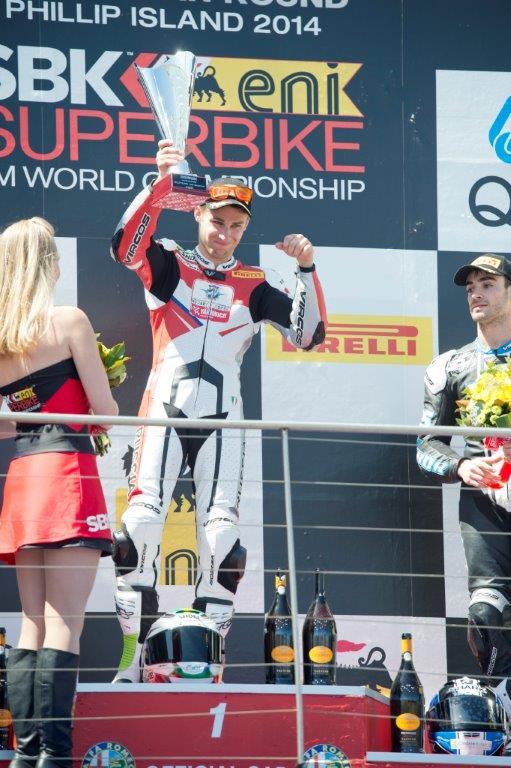 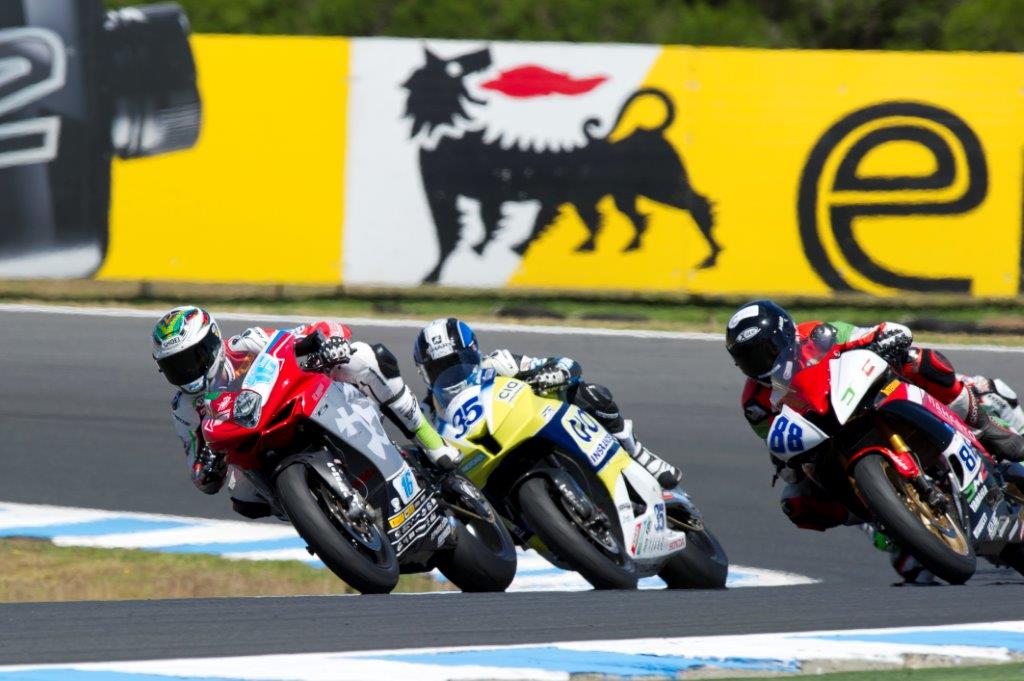 After starting from 9th place on the grid on his Rivamoto Honda World Supersport debut, Aussie Bryan Staring was forced to retire in the opening round of the 2014 World Supersport championship at Phillip Island, Australia.

Having had less than a week to adjust to his production CBR 600cc machine, Bryan made a good start to end the opening lap 10th.

The weather was thankfully dry meaning Bryan could reap the rewards of his consistent lap times and moved into 9th by the half way point. By lap 8, Bryan found himself being able to make use of the consistency that he had found during practice and bit by bit closed in on the battle for the top 6. Unfortunately a few seconds later the red flag came out due to another riders machine laying oil on the track.

After a better start, the Rivamoto rider found himself locked in a fight for 7th but with 3 laps to go he was forced to retire with a clutch issue.

Bryan Staring – Rivamoto Honda: “Racing can be cruel at times. I want to thank everyone who has made this weekend happen, all my sponsors and everyone at Rivamoto Honda. I am looking forward to getting to Aragon where I hope we can continue to be part of the action at the front.”

Jeremy McWilliams – Team Manager: “It is so disappointing after all the hard work that Bryan and the whole team have put in. I can’t remember the last time Rivamoto Honda had a technical problem during the race but restarts are always risky on the little 600, that’s racing. We will take the positives and move on to Aragon where I am sure we will be able to show our potential.”