Glenn Allerton received a beautiful wake-up call on February 19 – one telling him that he’d been riding in this weekend’s opening round of the 2014 eni Superbike World Championship at the magnificent Phillip Island Grand Circuit.

So instead of competing in the national-level support races at Phillip Island, as originally planned, the 33-year-old from Douglas Park in NSW has now been drafted into the BMW Motorrad Italia team as a substitute for injured Frenchman Sylvain Barrier, who fractured his pelvis in a testing crash on Monday

“It was about 6am in the morning and my phone kept vibrating, and my Mrs said ‘are you going to get that phone or not’. I kind of had the feeling it was going to be news that I could ride the BMW in the world superbike races,” said Allerton, who competed as a wildcard in 2013 and collected two point-scoring results

“I knew that Sylvain had a pelvic injury, which is unfortunate, but for me it’s going to be a good opportunity as it’s the same bike I’ve been riding for years, it’s a great team – very professional – and I know the track. If this rain hangs about I may be in with a chance to win it!”

Allerton will compete on an EVO-spec S 1000 RR in the world superbike races, which is a new championship sub-class combining more standardised engines with superbike-like chassis – and one which will become the single class specification in 2015.

Barrier’s bike is more closely aligned to his Aussie-spec BMW, which gives Allerton confidence that he has a good shot of being taking EVO honours on Sunday.

“I tested at Phillip Island last week on my local bike and set some great times, so I am confident of really pushing for EVO honours on Sunday.”

For Allerton’s former fierce competitor in the domestic ranks, Bryan Staring, things have also been happening in a hurry, with his full-time ride in the 2014 world supersport title only locked in recently. But it’s one that’s given him a racing lifeline after he was cut from the MotoGP ranks after just one season.

“The ride with Rivamoto was certainly last minute – (team manager) Jeremy McWilliams only contacted me a few weeks ago,” said Staring, who hails from Perth.

“The transition back to a supersport machine from MotoGP has been really good, and I’m really enjoying the experience. But it certainly has been a challenge to get back on a 600, and there are a few little tricks to make a good lap time out of it. But I’m getting back into the groove and just happy to be on a bike again.”

MV Agusta is one of two additional manufacturers on the Phillip Island grid, with the American brand Erik Buell Racing the other. Geoff May and Aaron Yates will be EBR riders.

Sykes was fastest in the final pre-season test at Phillip Island ahead of Laverty and Lowes, but he’s still keeping a lid on his prospects at a circuit where he has never won before.

“Phillip Island is always really something out of the box. The next 13 rounds we have a very good operating window, whereas Phillip Islands creates a different scene,” said Sykes, who broke a 21-year championship drought for Kawasaki last year.

“It’s good now that we have all the test items out of the road so we can focus a little bit more on getting the optimum Phillip Island settings ahead of Sunday’s race.

“A lot of riders and bikes are fast around here – Sylvain (Guintoli) is one of those – so I’m looking forward to putting on a good show.”

This is the 24th year that Phillip Island has hosted WSBK racing, and during that time 23 races have been won by Australians, and 22 by internationals. However, Australia’s last success was in 2008 when Troy Bayliss won both races.

This weekend Phillip Island will host a packed program of on-track action, including the three world championship races, the inaugural round of the ‘Phillip Island Championship’ for domestic superbike, supersport and prostock competitors, as well as events for historic and junior competitors.

Practice and qualifying for the world championship classes begins on Friday, followed by final qualifying on Saturday, and racing on Sunday.

Australian domestic support categories, of Superbike, Supersport, Historics and Juniors also completed their first practice sessions today in wind conditions that were simply unbelievable. So much so that when MCNews.com.au went on track to take photos we couldn’t keep the camera pointing in the right direction in order to try and get a shot!  Wayne Maxwell fared best in the conditions ahead of his Honda teammates while Daniel Falzon headed the Supersport rankings ahead of Aiden Wagner. Michael Blair had a huge get off a turn three and has headed off for surgery on a suspected broken wrist. Jacob Whitehouse topped the junior ranks by a country mile while Robbie Phillis topped the two Historic sessions ahead of Mark Wilkinson. 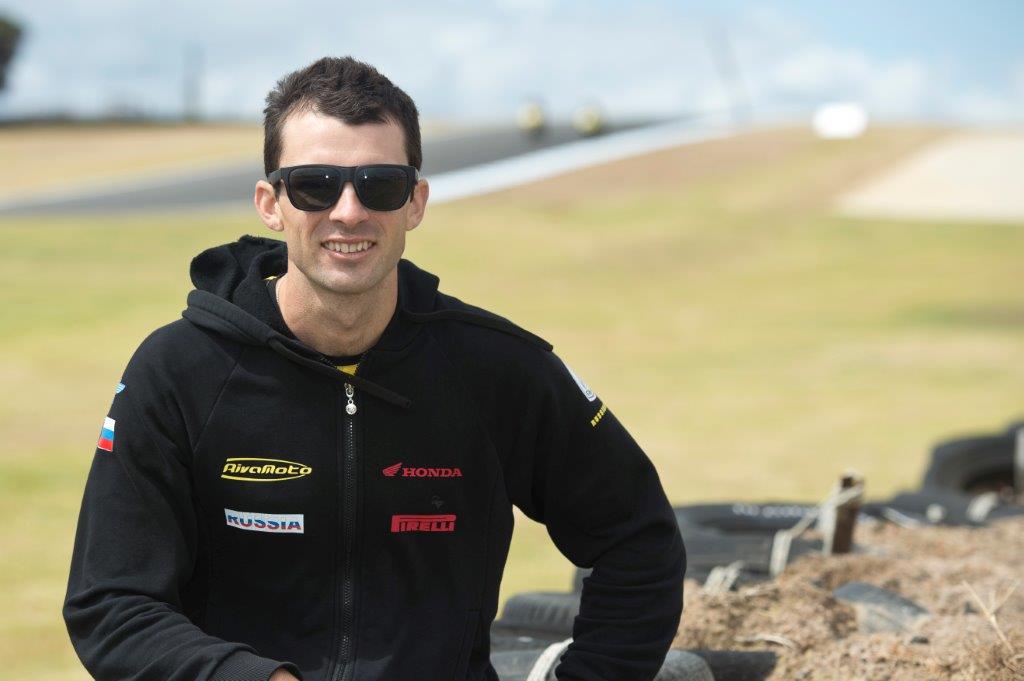 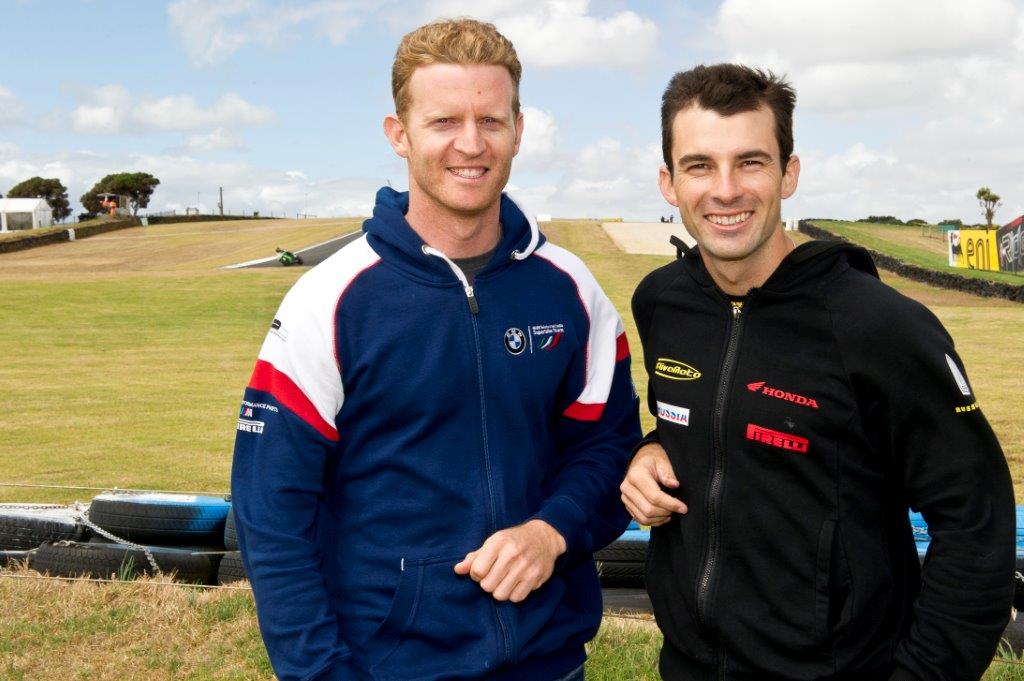 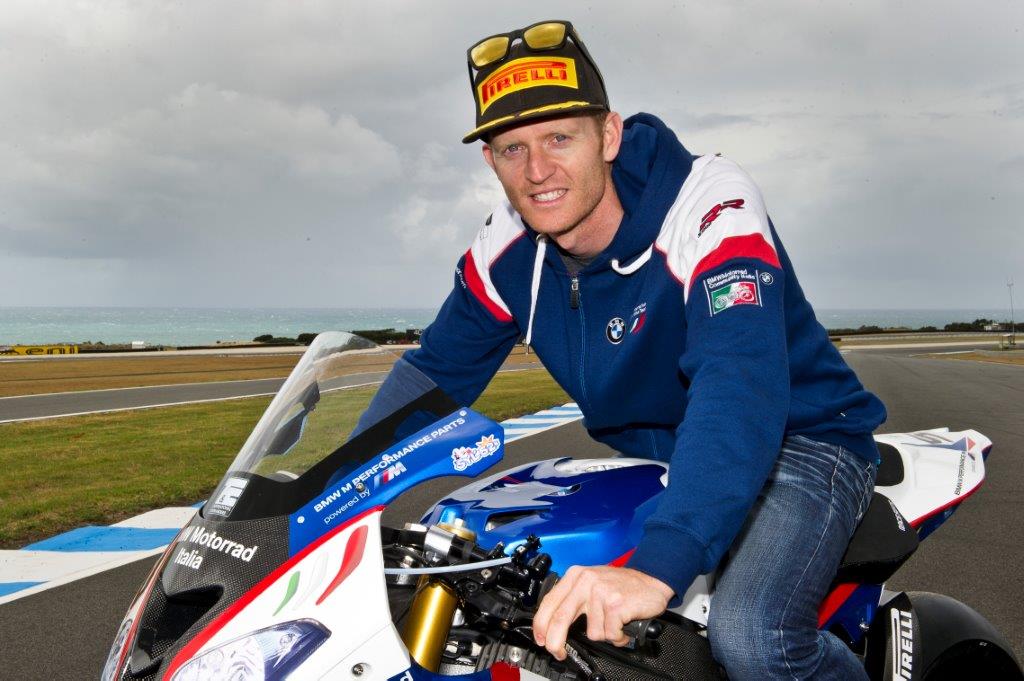