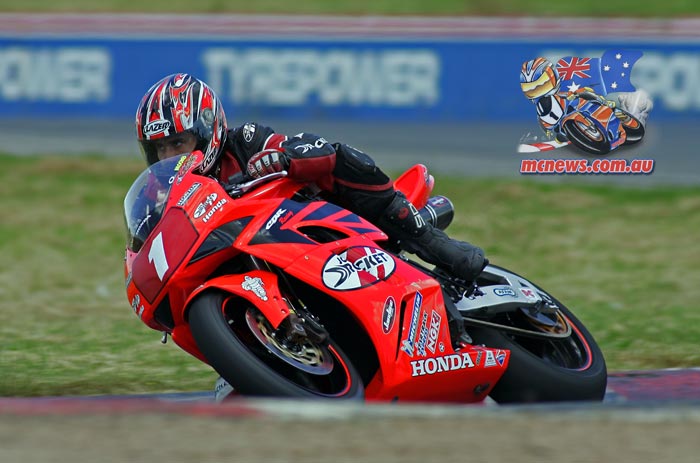 Last week (2005) Honda invited a swag of their sponsors and a number of journalists to Winton Raceway to celebrate their 2005 success on the racetrack by letting some miscreants loose on the Joe Rocket and No Fear race bikes.

Honda Motorcycles General Manager Tony Hinton explains the motivation behind the idea. “Like all of the other bike companies in Australia, we can not put a value on the support that we receive from the media as well as our various team sponsors.”

“The motorcycle industry in this country is a relatively small one, yet it is also a highly dedicated one. The people who support it are extremely passionate and often do what they do for love rather than money.

“To provide an event where journalists and other supporters can just come out and ride for the day is a real pleasure for us at Honda.”

Honda contracted road racers such as Josh Brookes (2005 Australian Superbike and Supersport Champion) and Adam Fergusson (2004 Australian Superbike and Supersport Champion) were on hand throughout the day.  Also in attendance from the dirty side of the factory were No Fear Honda pilots Craig Anderson, Troy Dorron and Rebecca Lipsett.

Some of the racers took the opportunity to try out each other’s race bikes with Craig Anderson getting to know the Winton circuit aboard Josh Brookes’ Australian Supersport Championship winning CBR600RR. “We don’t get the chance to ride a road bike on a race track very often. That Superbike is unreal. I think I could get used to this,” said the multiple Australian Supercross and Motocross Champion.  Anderson’s wife Katrina also braved the racetrack with a trip around the circuit as pillion to Adam Fergusson on a road registered CBR1000RR Fireblade.

Representing mcnews.com.au on the day was Trevor Hedge who enjoyed five 15 minute stints aboard the factory Superbikes, six 15 minute stints onboard the Supersport machines, nearly half an hour of stupidity onboard a supermoto kitted XR650R before finishing off the day by getting dirty at the nearby motocross circuit. Some quality time was spent there with a standard CRF450X followed by some laps aboard Rebecca Lipsett’s No Fear CRF250R motocrosser.  A full day in anyone’s language!

Trev takes up the story…

The weather gods shined on us as we arrived at Winton a little after 9am. Within minutes of getting out of the Honda Odyssey I was leathered up and ready to go.

In a true baptism of fire the first machine I was sent out on was Adam Fergusson’s Fireblade Superbike.  A brand new unscrubbed Michelin front slick was enough to make me a little nervous and the reverse pattern shift layout just added a little more trepidation into the mix.

I have a great deal of respect for racers the calibre of Josh and Adam. I have been fortunate enough to ride with many such greats over the years at various functions and model launches. It’s not until you share the track with riders of this speed and skill that you really start to get an understanding for just how mind bogglingly good they really are at their craft.

When you throw a leg over one of their full monty firebreathing litre Superbikes that respect steps up yet another notch. Nothing can prepare you for the sheer physical effort required to stay on top of a Superbike. Changes of direction are not easy and simple like you find on the streetbikes they started out as, as a forceful and commanding hand showing them who is boss is needed to get the best out of them. Few are up to the job, and I’m not one of them.

The Joe Rocket Honda Fireblade did not seem quite so jacked up at the rear as I found the machine last year but again this year the steering felt fairly stiff and lazy.  Obviously a side effect of the fact that while Josh and Adam grab the bikes by the scruff of the neck and slide their bikes around on the way in and on the way out, while in contrast I guess I could be more referred to as a passenger.

Later in the day as I began to find my way around Winton a little better I started to get a little more game.  Surprisingly it was the braking that I really struggled to come to terms with. The Superbike requires a lot of clutch control under hard braking to prevent the rear tyre and suspension voicing their displeasure.

Once I had become a little more confident I found the machine to tip in much more nicely and once in the turn the bike was very settled. This was quite fortuitous as it gave me some breathing space before being reminded that I am on a factory superbike when it comes time to wind the throttle on harder on exit.  The throttle could be referred to as the fast forward button.  When I was game enough to nail it to the stop I struggled to bang the next gear quick enough, the Superbike picks up revs like no standard sportsbike.

Meanwhile I’m perched on top of the machine trying to grip the tank between my thighs to help counteract the yo-yo style effects brought about by the savage forces of acceleration and braking as I yo-yoed between the two.

How racers at this level do all this while controlling brake and acceleration slides with a combination of deft touches of the controls and brute force is amazing enough, but add in some more top level riders fighting them for the same piece of racetrack and it really starts to hit home just how good these guys are.

While the 1000cc Honda Fireblade Superbikes ridden by Joe Rocket teamsters Josh Brookes and Adam Fergusson are brutal beasts their CBR600RR Supersport machines are so sweet they redefine your parameters of what you thought was possible from a motorcycle. The balance, poise and amazingly friendly to ride nature the smaller race bikes possess places them at a stark contrast to the fierce-some fury of the 1000cc Superbikes.

Where the Superbike threatens to get untidy under brakes and required lots of clutch control in order to prevent the larger engine still trying to drive the rear wheel forward, the 600cc Supersport machines can be shuffled back through the gears with only a slight precautionary deft touch of the clutch in order for everything to remain perfectly settled and under control.

Entering a turn is effortless.  The machine changes direction as easy as shifting your upper body and pushing lightly on the bars. Even if you really start to get quite aggressive and forceful and just slam the bike onto your knee as you enter the turn, the Supersport machine just does it with a poise that I never imagined possible. The highly developed Showa rear shock just deals perfectly with the compression and rebound so that I felt no ill effects through the seat as I slammed it from side to side as hard as I dared through the tight but still quite fast Esses at Winton. I start to have a bit of a go through this section of the track and that wall on the outside appears dramatically closer as the pace rises.  I can’t help but think about how much pain that scenario would likely bring as a result. Fortunately, the Racesafe guys are on hand should anything go awry but I am in no hurry to revisit a hospital emergency room again any time soon and decide that discretion is the better part of valour.

Winding on the throttle exiting the turns, the Michelin Pilot Race tyres bite the tarmac hard, the Jardine exhaust screams to the beat of 15000rpm and still the Supersport bike remains composed and tracking beautifully. It doesn’t get any better than this.

Where the Superbike requires a masterful and dominating hand at the controls the Supersport machine could be enjoyed by a rider of any skill level. It’s not intimidating at all. The performance is so accessible and user friendly that I didn’t want to return to pit lane and have to hand it back. I have been spoiled and I know that nothing will match this experience again in the near future. Instead I will have to wait until the next time I am lucky enough to enjoy such an amazing piece of machinery. And that can’t come soon enough. I feel like I’ve found my one true love only to have lost it the same day.

It’s a bit like scoring in bed with the most fantastic human you have ever come across only to have to relinquish them back to their regular partner at the end while knowing that in all likelihood you will never score sex as good as that again. That is perhaps not the most poetic way to sum up the Joe Rocket CBR600RR, but it should certainly help you get the picture of just how fantastic the bike is.

Also on hand was a Supermoto modified XR650R and a line -up of Honda off-road racers, so Trev managed to get dirty too! 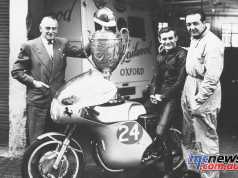 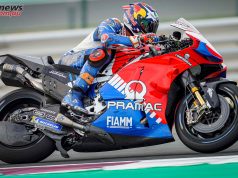 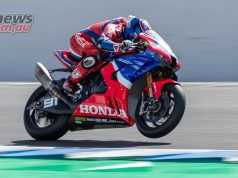